You probably think you know everything there is to know about Arizona. The truth is, you only know a few stuff. But don’t worry. We have great news because we’ve got everything, all the amazing facts about Arizona, sorted out for you. From history and earth science, to architecture and out-of-this-world discoveries. Knowledge is power!

Here Are 30 Facts About Arizona You Probably Didn’t Know 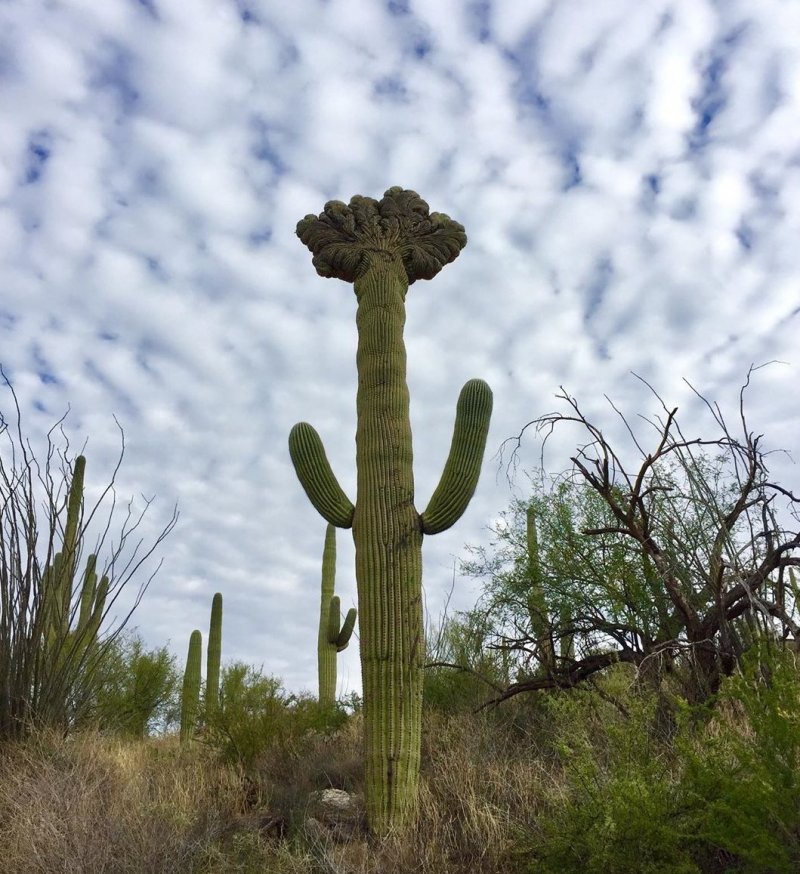 1. You can’t mess with Arizona’s cactus. If you cut down, dig up, move, or try to steal an endangered cactus, such as the saguaro cactus, you could face up to a year in prison. In addition, they also have hundreds of other protected plants that you should stay away from. If you don’t, then you could face violations, get fined, and get on the bad side of the cactus cops.

2. The Colossal Cave in Arizona is considered one of the biggest dry caverns in the world. It contains more than 5 km of mapped passageways. The formation inside the colossal cave are all completely dry (or “dead”) and do not grow. It has stalactites with names like Bonecrusher and Fang.

3. There are about 12 deaths that happen each year at the Grand Canyon. These deaths are caused by either natural causes such as heat, suicide, medical problems, drowning, and traffic crashes. On the other hand, there are two to three deaths per year on average resulting from falls over the rim. This is the scary consequence of taking the perfect profile photo.

4. The saguaro cactus needs 100 years to grow an arm. Curious about their growth? It usually takes 10 years for a saguaro cactus to reach 1 inch in height. Then, the cactus reaches 6 feet and produces its first flowers by 70 years of age. As it continues to grow and reaches 90-100 years, it will have a height of about 15 feet and grow its first arm.

5. Henry McCarthy, later known as Billy the Kid, killed his first victim on Aug. 17, 1877. He shot the Arizona blacksmith who was bullying him. According to folklore, it’s how Billy the Kid got his nickname.

Here’s a cool fact (a meteor crater, rather) that you can see from space! 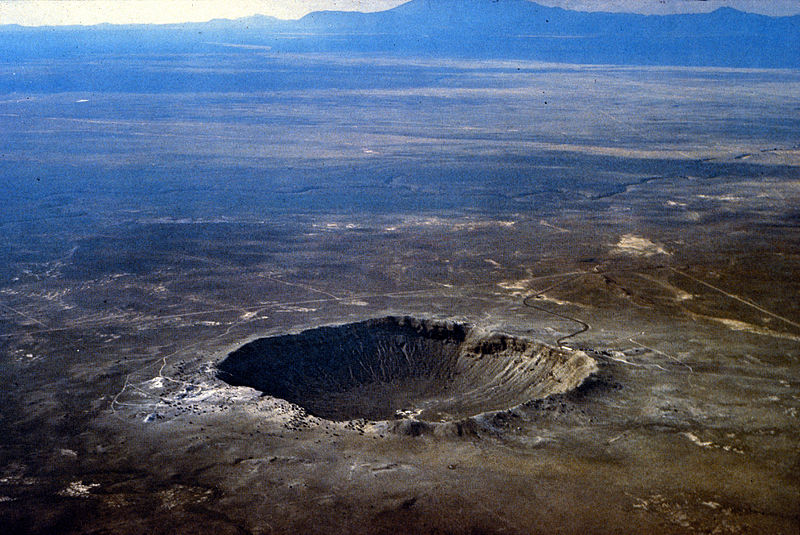 6. You can find the best-preserved meteor crater in the world in Winslow, Arizona. It’s huge and truly looks out-of-this-world!

7. The state of Arizona is big enough to fit all of New England, including Pennsylvania inside of it.

8. The most famous shootout in the American Old West lasted for only 30 seconds, and it happened at O.K. Corral, Tombstone, Arizona. This was dubbed as the “legendary 1881 Gunfight at the O.K. Corral.” Several movies have been made about this shootout.

9. You won’t find any dinosaur fossils at the Grand Canyon. This is because the rocks here are actually way older than dinosaurs. But if you want to look for any kind of fossil, you’ll see corals, sponges, and trilobites.

10. Clyde Tombaugh discovered the cold and distant ex-planet, Pluto, from the Lowell Observatory in Flagstaff on February 18, 1930. This accomplishment can also be credited to Percival Lowell, who was first to postulate the existence of a planet beyond Neptune. 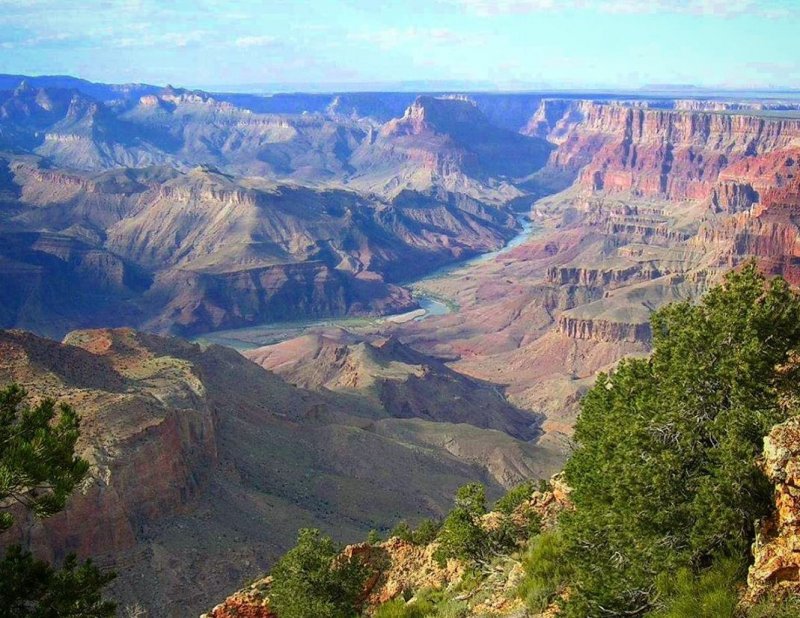 11. You can see more than 1 billion years’ worth of rock exposed at the Grand Canyon.

12. You can find the largest rattlesnake species in Arizona. It is home to 13 species, which is more than any other state.

13. The roadrunners are running up to 17 mph from their enemies in Arizona. On the other hand, dynamite-wielding coyotes are harder to spot.

14. Here’s one of the more interesting facts about Arizona! Even if you have two Burj Al Arab towers stacked on top of each other, it’s still far from the Grand Canyon North Rim’s highest peak – 8,000 feet in elevation.

This photo isn’t what you think it is… 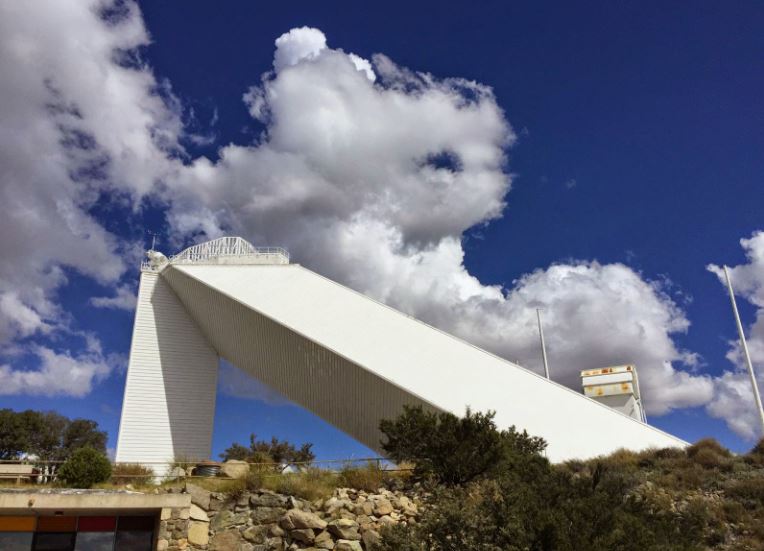 15. Head over to Kitt Peak National Observatory in Sells to see the world’s largest solar telescope, or the McMath-Pierce Solar Telescope.

16. Disney’s “Cars” took inspiration from Arizona in creating the fictional town of Radiator Springs. Some of the movie references include the Wigwam Motel, Hackberry General Store, Diablo Canyon Bridge, and Monument Valley.

17. The Arizonan women were granted the right to vote eight years before national suffrage.

18. The Jerome Grand Hotel was once a hospital for the town’s miners. Additionally, it is believed to be one of the most haunted places in Arizona.

19. Arizona is the sixth largest state by area in the United States. Interestingly, of the state’s 113,998 square miles of land, only about 15% is privately owned. The rest are public forest and park lands, state trust lands, and Native American reservations. 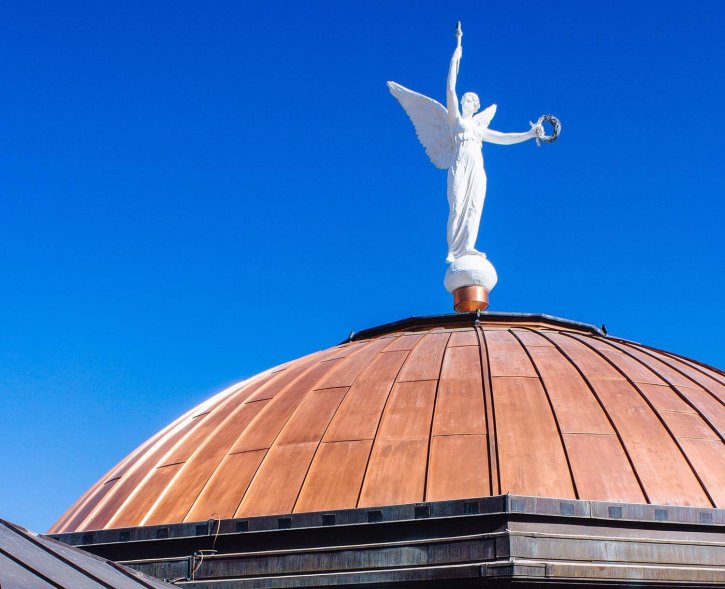 20. There is enough copper on the dome sitting atop of the historic Arizona Capitol building enough to make 4,800,000 pennies.

21. Aside from Hawaii, Arizona is the only other state that does not observe Daylight Savings time.

22. The man responsible for the mandated Miranda laws (Miranda rights) is from Arizona. He is Ernesto Miranda, the state’s most famous criminal.

23. The Arizona Cardinals are the oldest continuously run professional football team in the United States. This NFL franchise was founded in 1898.

24. The plane crash in the Grand Canyon on the morning of June 30, 1956 proved to be one of the darkest days of Arizona. During this ill-fated day, all passengers and crew aboard the two planes died, making it the single most deadly plane disaster in United States history at the time. 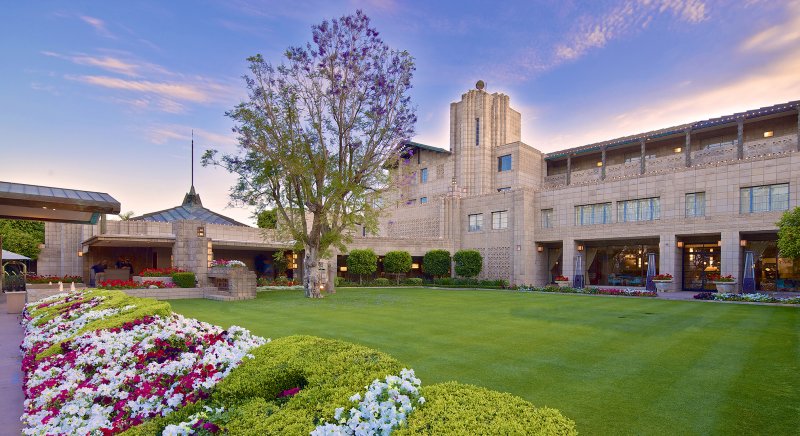 25. All the American presidents since Herbert Hoover has stayed at the Arizona Biltmore Resort and Spa except for former President Obama.

26. Nothing can beat Arizona heat. The sun shines in Phoenix and Tucson 85 percent of the year. That’s more than what Florida and Hawaii are getting.

27. It’s been long since Arizona had its volcanic eruption. The last one took place sometime around A.D. 1064, and created the Sunset Crater near Flagstaff.

28. The famous architect Frank Lloyd Wright has 11 buildings in Arizona with the majority scattered around Phoenix. The others are located in Paradise Valley, Tempe, and Scottsdale. Some of the most popular architecture include the Taliesin West, David and Gladys Wright House, and the Norman Lykes House.

Leave it to Arizona if you’re looking for the best of nature! 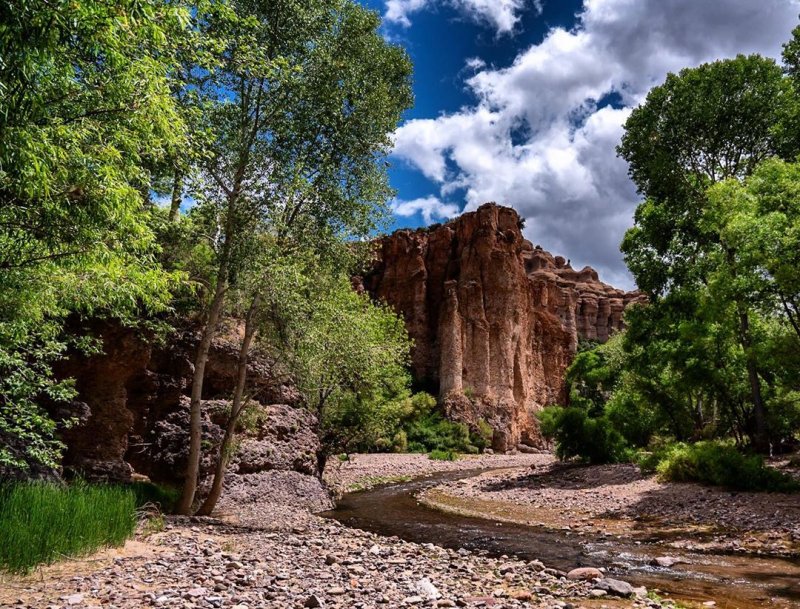 29. True to its promise of being an outdoor wonderland, Arizona possess almost double the amount of wilderness area as the entire Midwest. This is easily one of the obvious facts about Arizona.

30. You have Arizona to thank for the margarita. Why is that? On June 6, 1936, the first barrel of tequila made in the United States was produced at the San Andres Tequila Distillery in Nogales, Arizona.

These are all pretty interesting, don’t you think? Now that you’re done reading the interesting facts about Arizona, check out these old photos of Arizona if you want to go back in time.