What could be more exciting than finding real buried treasure washed along the shore? In Arizona, a large percentage of the world’s gold deposits are still undiscovered, and many say it’s hidden underneath dry creek beds, mineral-rich sand, and placers. If you’re not out appreciating the Chapel of the Holy Cross or eating some of the best wood-fired pizza, you better embrace this new hobby. Apparently, gold panning in Arizona is a thing. Isn’t it exciting?

What does gold panning mean? 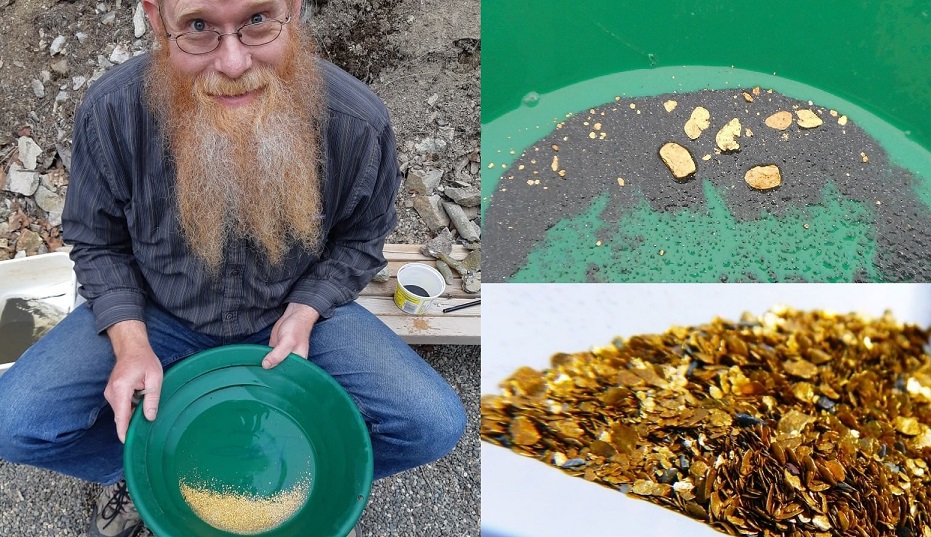 Simply put, gold panning is a way to search for gold deposits. It is a traditional mining technique wherein one uses a pan to extract gold from a placer deposit. It is relatively easy, not to mention, low cost!

Now that you’re more familiar with this, take a look at the 8 rivers in Arizona where you can actually pan for real gold: 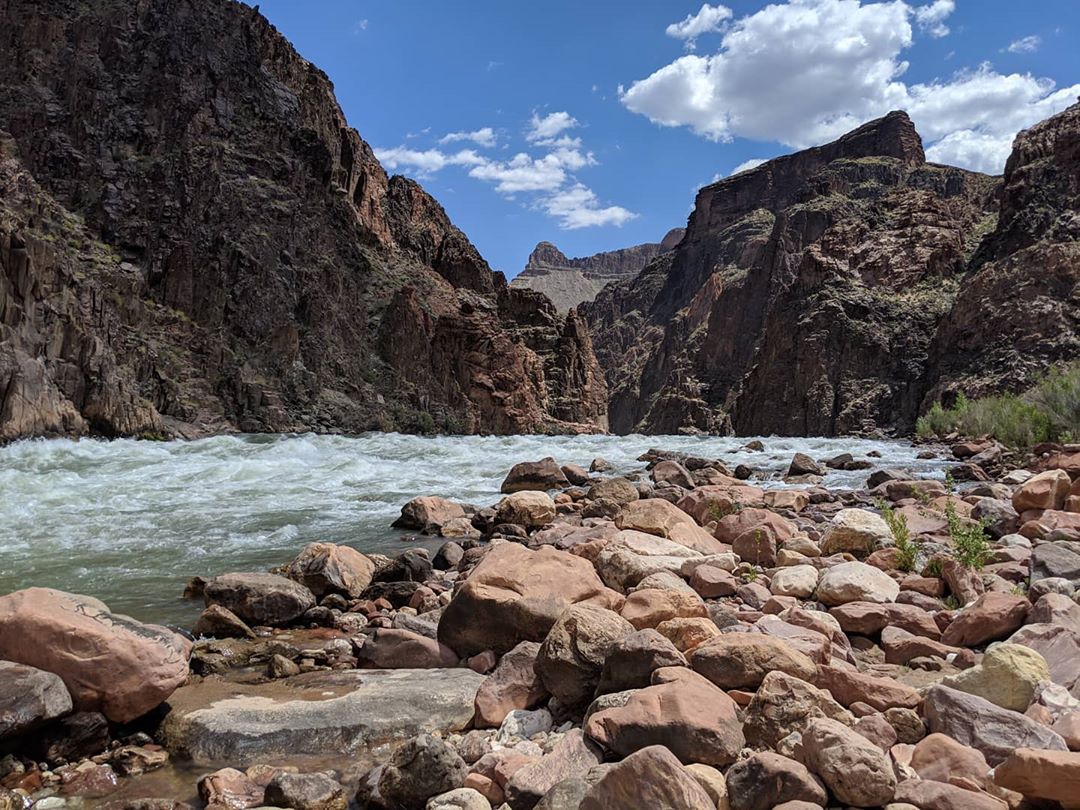 Men have been searching for mountains of Colorado for gold hundreds of years ago. The good thing is, there is no shortage of the yellow stuff in this area.

The famous gold panning sites where placer gold was found are located along the river from the mouth of the Grand Canyon. Those who were successful in finding such find gold got lucky at Temple Bar on the Colorado River north of the White Hills. According to them, the riverbed is a great location. You can actually find gold on both the Arizona and Nevada sites of the river.

Note: Some areas of the Colorado River might be off-limits due to special designation. Old placer diggings may now be covered by various reservoirs. 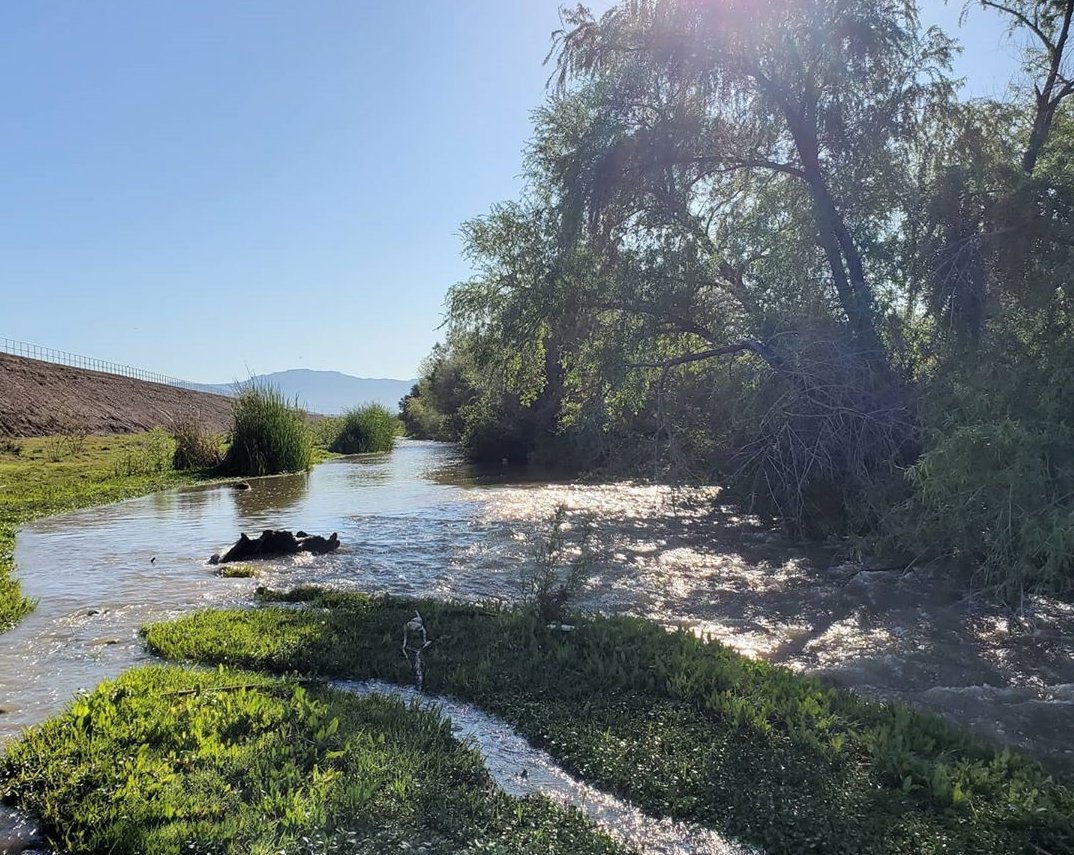 Those who are already accustomed to gold panning in Arizona know that Santa Cruz River is a good spot. Some placers contain fine gold on the eastern side of Mount Benedict near the Santa Cruz River. In addition, Guebabi Canyon also makes for a good gold site as it drains the northwest flanks of the Patagonia Mountains. Then, it crosses an alluvial plain to the Santa Cruz River.

The river is almost always dry thanks to the hot climate, so you might find it difficult to find gold except in select areas. 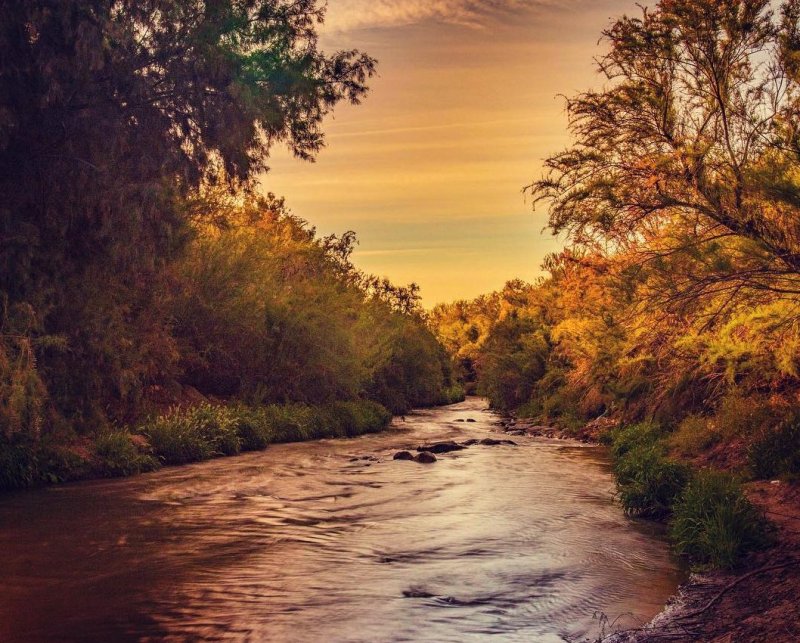 The Hassayampa River is another good active placer mining site. Let’s cut straight to the chase and remember to stay south to the headwaters of the river, and along the entire course towards the county line two miles north of Wickenburg. Look for deposits in the benches, terraces, hillsides, as well as watercourse beds.

If you can’t find any, you can mine other placers along the Groom Creek, and check the small side gulches there. Or, you can also head to the gravels in the river near Walnut Grove where the gold is reported to be generally fine and flaky. But if we were you, we’d keep working on the gravels in the Hassayampa River because it definitely has gold for a few miles below San Domingo Wash. 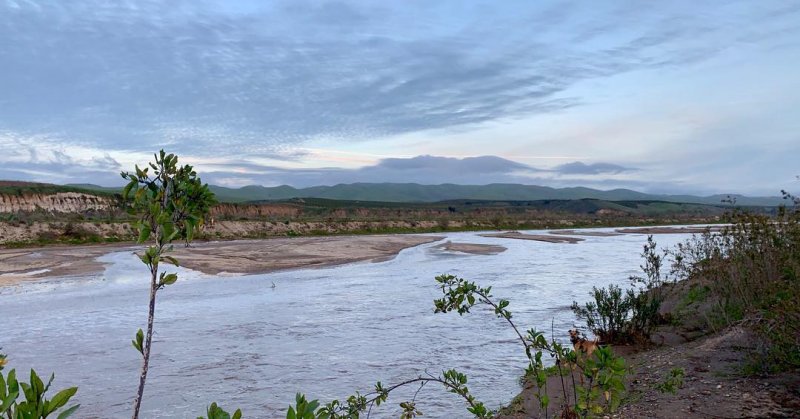 Let’s have the Hillside Station as a point of reference because it’s near the famous mines, Mammoth or Hubbard Mine and the Crosby Mine, where people used to find lode gold deposits.

Go 18 miles northwest of Hillside Station and you’ll reach the spot of Eureka placers, which is just along Burro Creek northwest of Bagdad. There are many small deposits in the areas of Eureka district, so if you get lucky, you might find it yourself, too. Back in the days, the people recovered gold near the Cowboy Mine in the vicinity of the Santa Maria River. 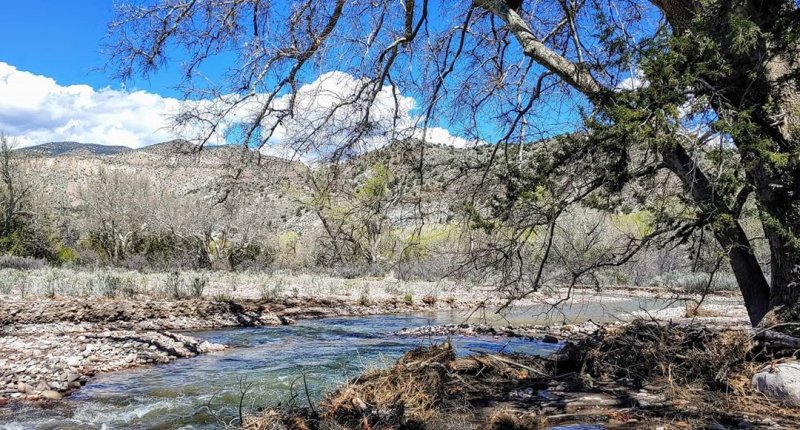 Gila River is one of the good sites if you want to start gold panning in Arizona. You should definitely keep the Las Flores placer area in mind because others were able to find gold in the gravels and other gulches there. This placer area is just north of the McPhaul placer on the southeast slope of the Laguna Mountains. It is also situated close to the head of an alluvium-floored gulch in the vicinity of the old mines, Golden Queen and India Mines.

You can also access the placer areas from the junction of the San Francisco River southwest to Bonita and Spring Creeks by dirt road as it parallels the north bank of the Gila River. If you get there, you better pan quickly, because you just might be lucky and find fine flakes of gold. 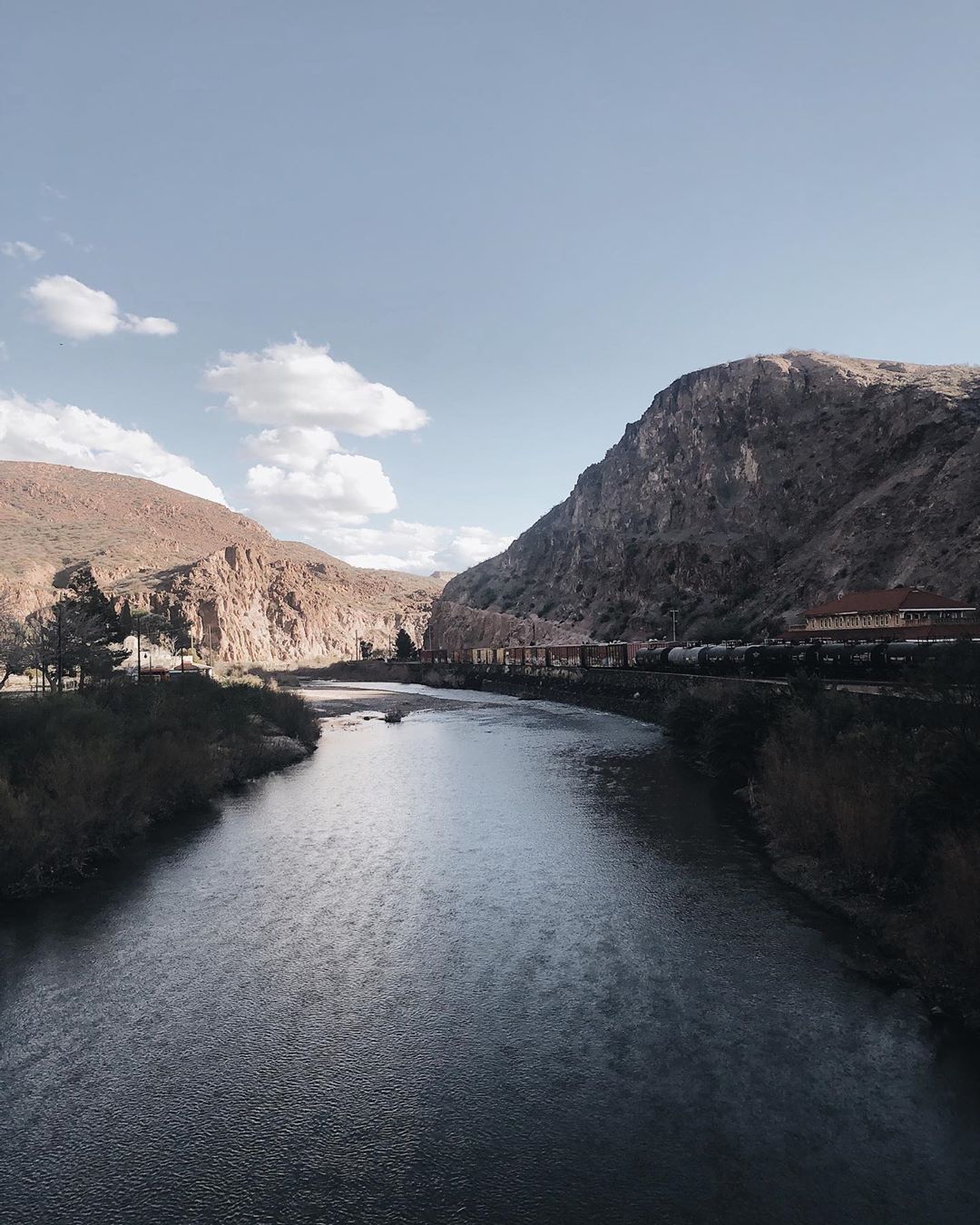 The Morenci Gulch is your friend here and it is a southeast-flowing tributary of the San Francisco River. Some gold prospectors were able to find fine flakes of gold from this gulch, while some found some in the ancient river gravels 50-60 feet above the level of the present riverbed.

Check out these other sites: 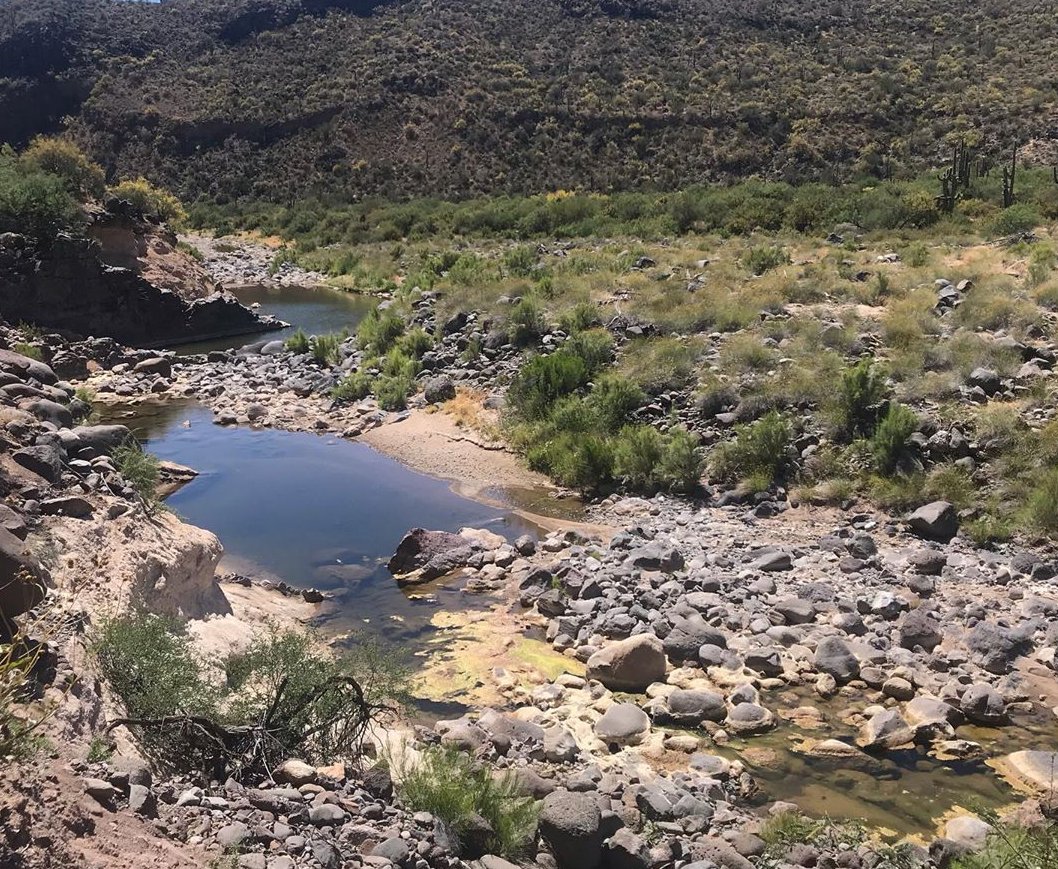 Interestingly, the space between the Bradshaw Mountains and Lake Pleasant is known for gold. That makes Agua Fria River a must-visit place if you want to do some gold panning activity in Arizona. There are already exposed bedrocks that look like they have been prospected before. According to those who have tried looking for gold here, the best panning opportunities can also be found in connected waterways such as the Humberg Creek and Castle Creek. 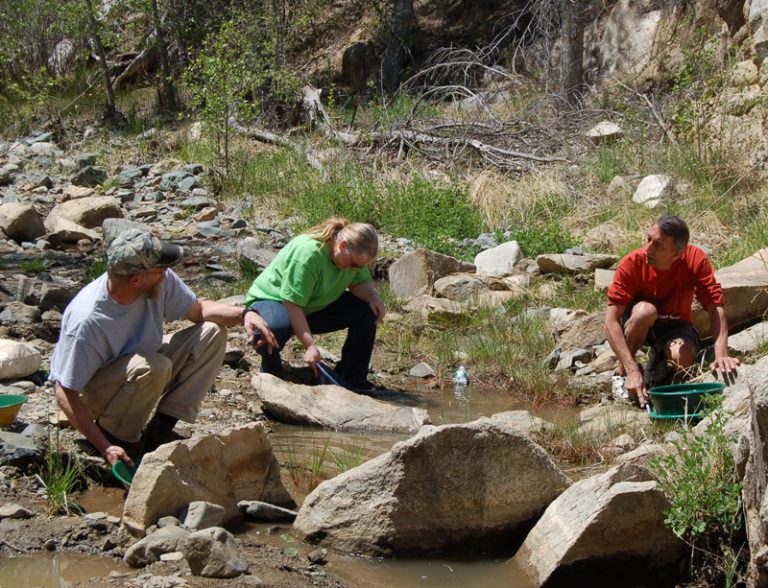 Technically, Lynx Creek isn’t a river, but it’s also one of the good gold panning spots in Arizona. The rule is, you shouldn’t be afraid to explore the creeks and other dry washes that feed into the rivers. So, here goes. The Lynx Creek is conveniently located in the Prescott National Forest in central Arizona.

A number of the creek’s tributaries have been found to be quite rich in gold. You are also free to explore several miles of the creek which have been specially set aside for recreational prospecting. What do you know? You might just find your first piece of gold.

Don’t you think gold panning in Arizona is such an interesting activity? Hey, while you’re here, you should check out this really cool mountain where you can find sparkly gems for free!