Sedona may be famous for its vortex spots that give you such a powerful rush of energy. But did you know that the place is also a must-visit for the daredevils and mountain bikers? The White Line Mountain Bike Trail is perfect for those who want to push past their limits and take on a big challenge. But be warned. This trail is not just for any mountain biker.

If You Live for the Thrill, The White Line Mountain Bike Trail Is for You! 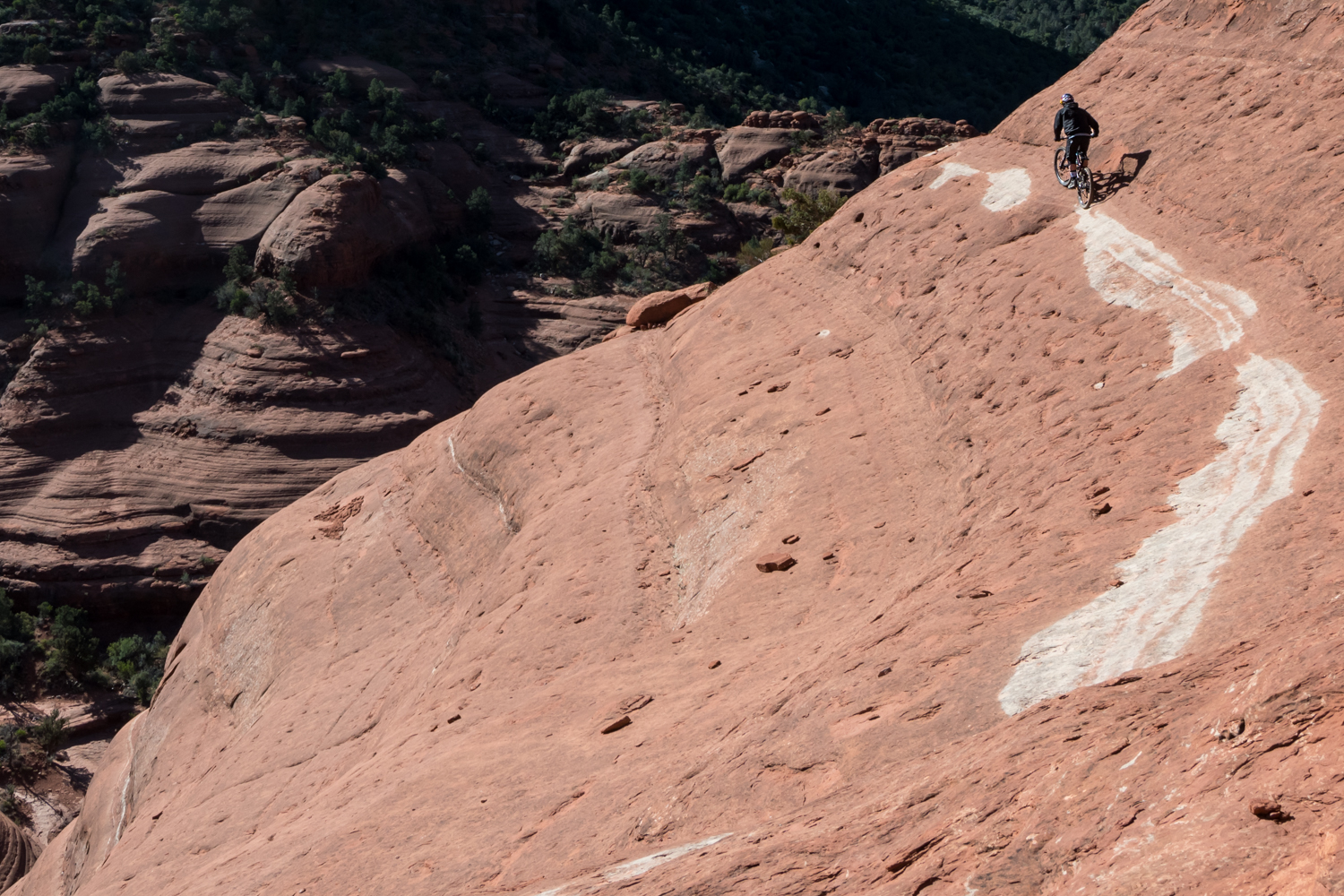 Traversing the famed White Line Mountain Bike Trail is a death-defying feat that can only be done by experts. Why? It’s one of the most dangerous off-road bike rides in the world. It looks like a simple trail, but it helps to remember that one small mistake can send you rolling down the mountain. You also shouldn’t look down, or else you might be overwhelmed by fear that you miss the turn and head straight for the terrifying drop.

The clip was filmed using a drone flying overhead, and it happened to capture the brave biker. He is seen gradually and carefully making his way along the path. Clearly, he is following his own pace to ensure his safety as well.

Curious about this scary stunt? Michal Kollbek prepared his bike by letting some air out of the tires. According to him, this would create more rolling resistance and grip on the rocky and horizontal ground. Then, he raised the saddle, stiffened up the bike’s suspension, and off he went! 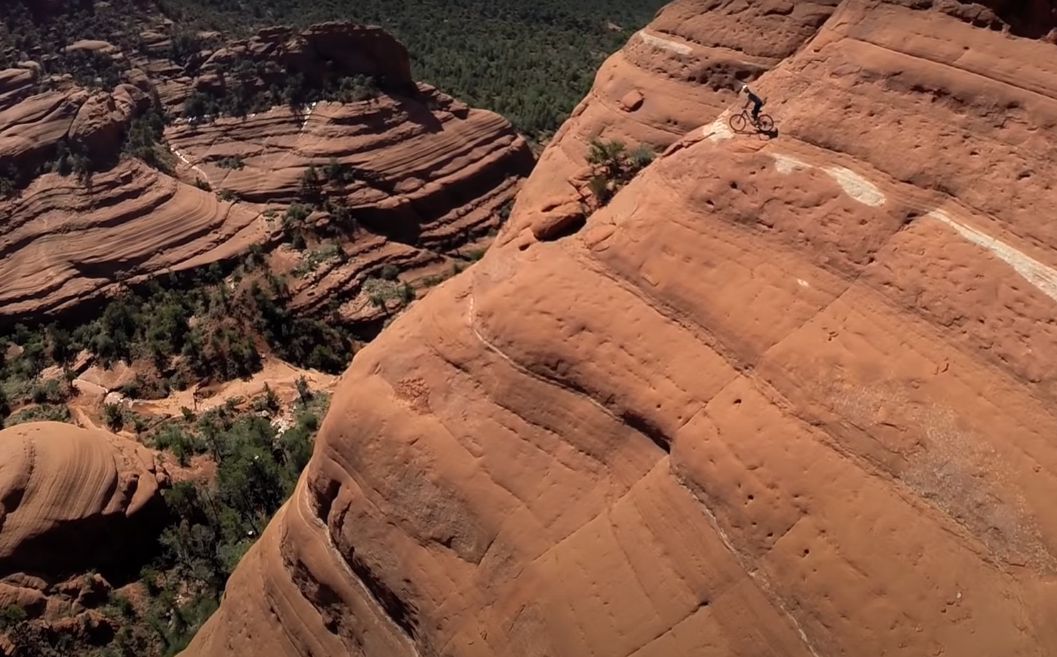 The key here is to block out all scary and negative thoughts and just focus on the fact that you can do it. You really need to believe in your abilities so you can pull off the stunt. As beautiful as the view is, the space you are riding on can be pretty terrifying, so it’s best to focus on the trail.

Kollbek went all the way across the rock face before turning and coming back to his starting point. It’s safe to say that his practice with extreme stunts, as well as his wins on numerous downhill racing events, proved to be really useful here. 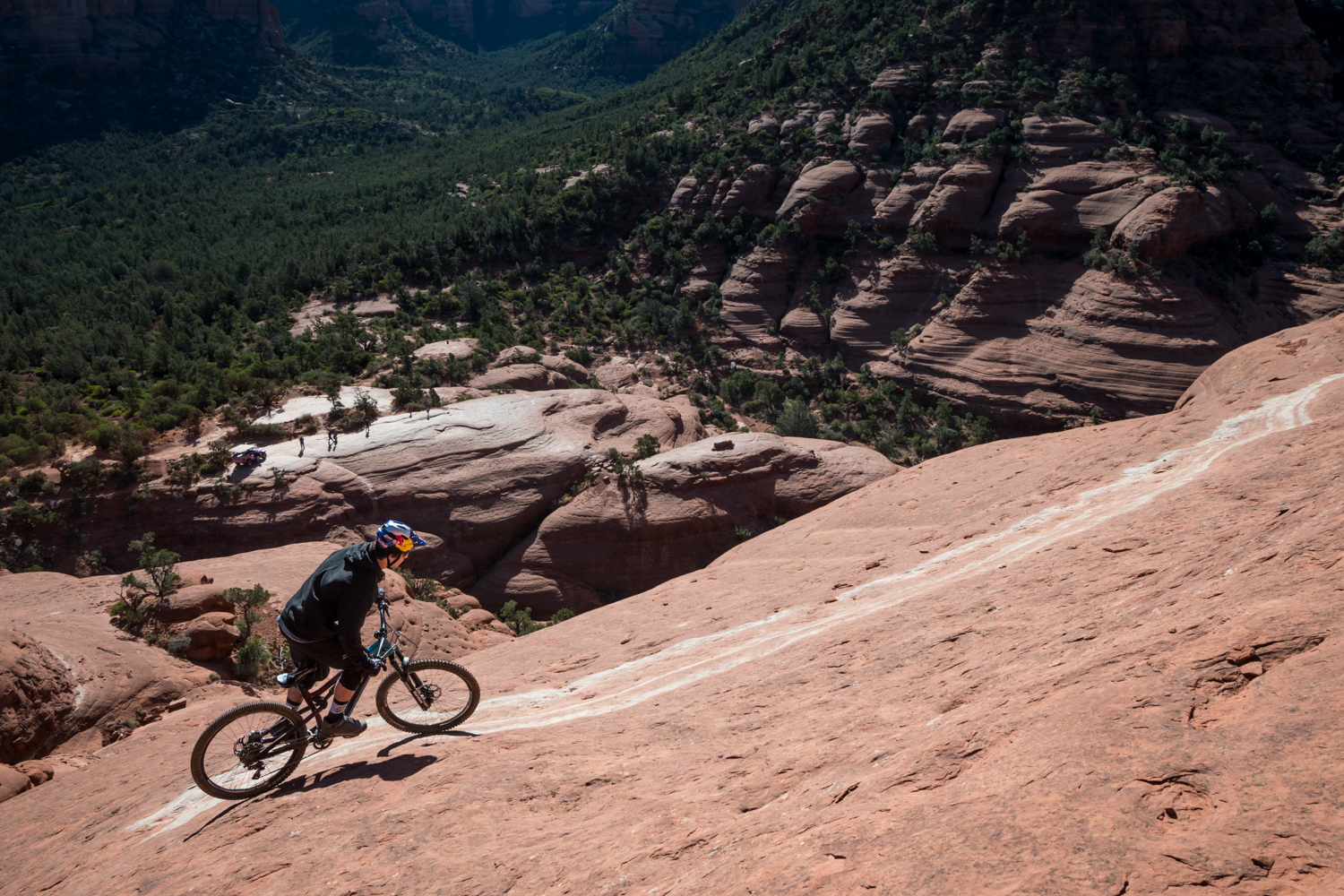 If you watched the video of Michal Kollbek taking on the White Line Mountain Bike Trail, you’d immediately think that this is such a heart-pounding journey.

It looks like an impossible route, and you better be 100% confident in your skills before you can conquer the trail. Many extreme athletes think that the White Line Mountain Bike Trail is on a different level. They would take a couple of days sleeping on the decision before eventually deciding to go through with it.

Of course, it’s not really one to be taken lightly. You also need to determine and confirm that you are making a calculated risk, not one that puts you in front of inevitable danger.

Kollbek’s Word of Advice for Other Bikers 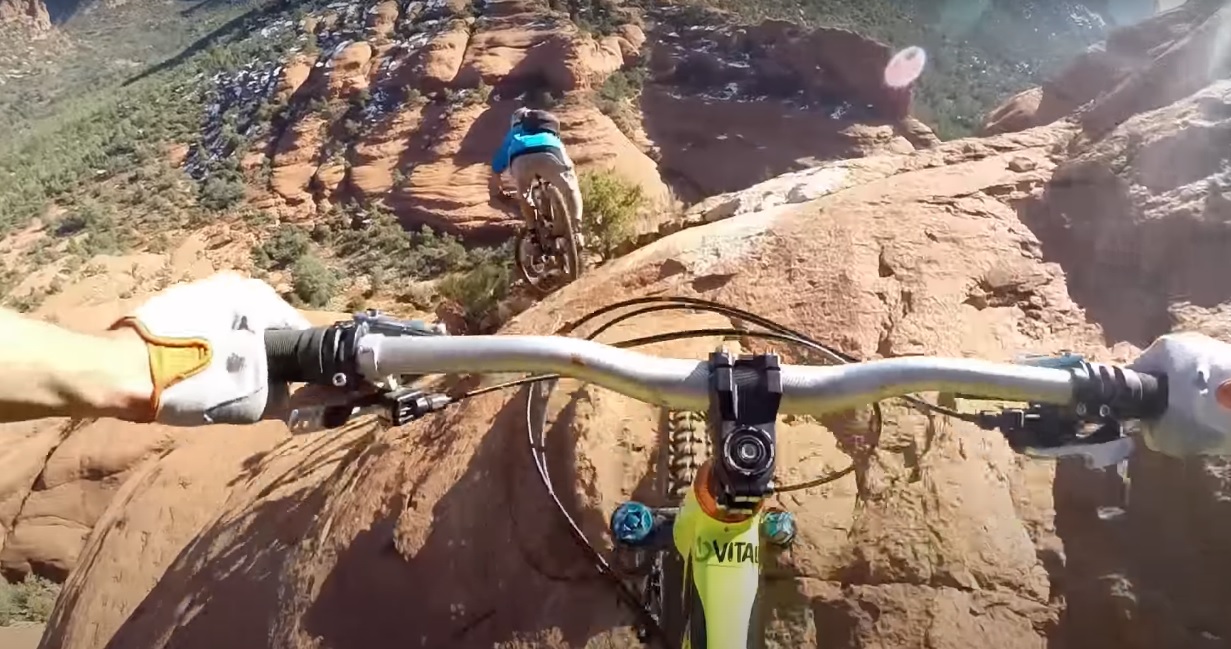 Michal Kollbek says the White Line Mountain Bike Trail is not for everyone. All inexperienced riders are advised against riding this line because it is extremely dangerous. There are other biking trails you can conquer before working on this one. You just have to look around, and maybe ask the locals in Sedona.

There are other ways for you to enjoy and marvel at Sedona’s beautiful landscape. Check out this magical trail or this short 1.4-mile hike with endless red rock views. If you feel like going on a little tour, you can also visit any of these beautiful places in Arizona.

Unbelievable! This Seemingly Scary and Risky Hike in Arizona is Actually Kid-Friendly