Arizona is filled to the brim with many beautiful places. There are cool underground attractions, Frank Lloyd Wright-designed buildings, a scary yet beautiful glass bridge with unparalleled Grand Canyon views, and many more! However, it’s wrong to think that you should only focus on popular spots. There are many underrated gems in the state, and it’s only right for you to learn about it! Take for example, Longhorn Grill Arizona, it already demands your attention with the vast skull at the entrance. Who knows what’s inside? Let’s take a look… 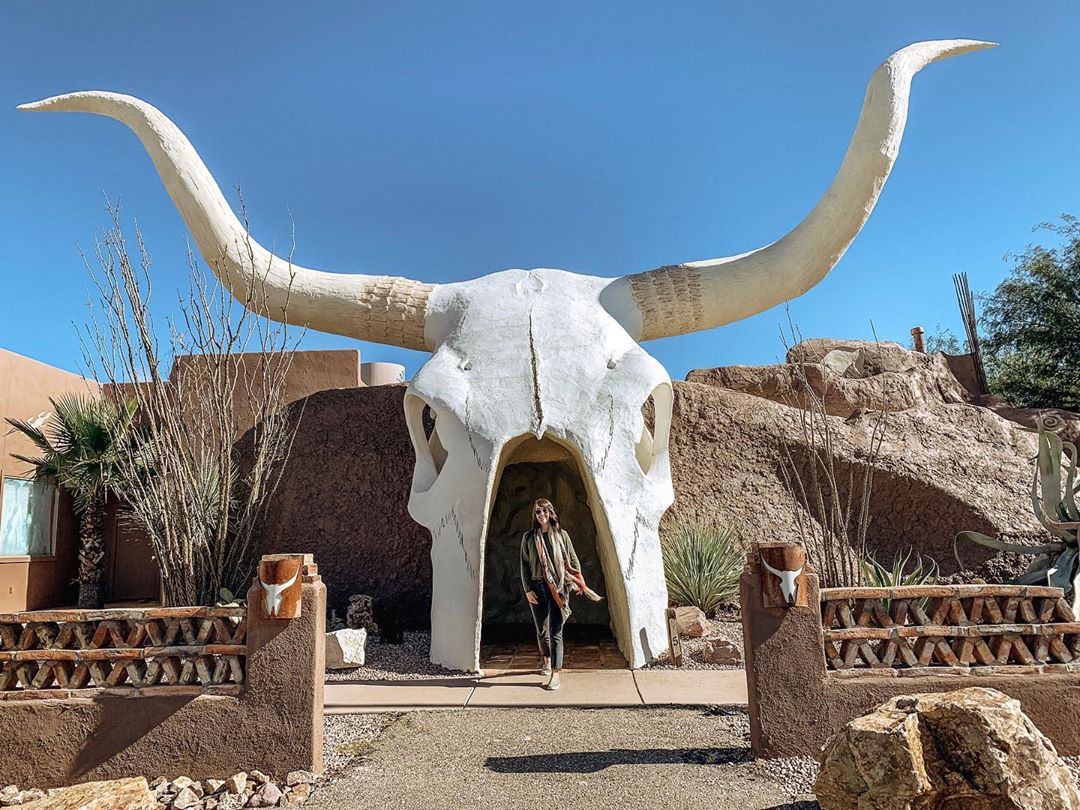 It’s pretty hard to ignore a giant longhorn skull lying around in the middle of the desert, let alone a giant one that leads to a famous restaurant. For some reason, it even feels like you’re walking straight to your death. Back in 1970, artist Michael Kautza constructed this steer skull which became the symbol of a bait shop. With an eye-catching skull made of concrete, stucco and rebar, with horns that are 30-feet long, you bet there’s a lot of people who took interest in this place. The movie industry is no different. The building was actually used as a filming location for several movies such as “Vanishing Point,” “Alice Doesn’t Live Here Anymore,” and “Boys on the Side.” 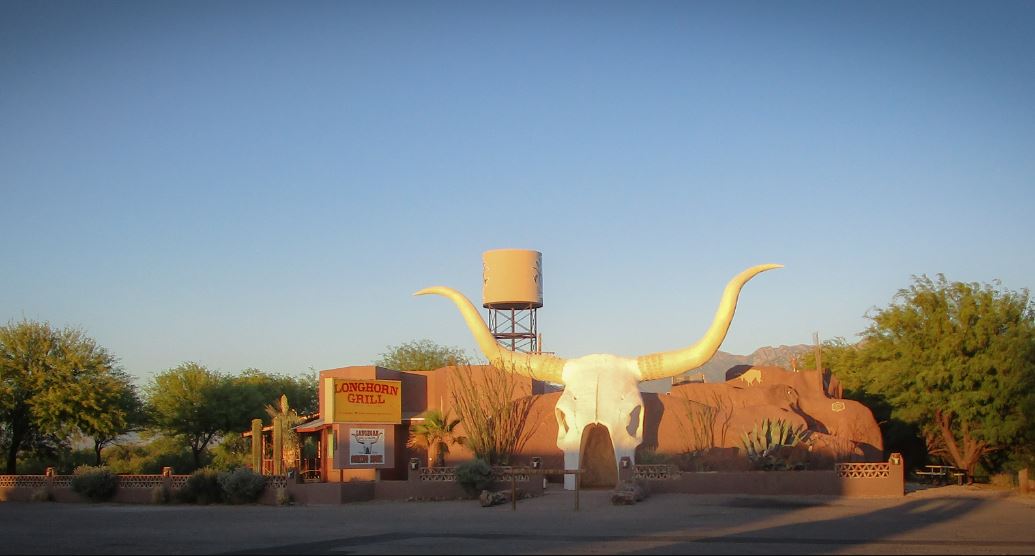 As years passed by, the same building became a clothing store, and a roofing company. Finally, in 1993, it operated as a restaurant, and became known as Longhorn Grill and Saloon Arizona. 19 years later, the place was foreclosed and sat vacant for the past several years. However, it was still used for some special events and parties.

The space was renovated in 2019, and now serves many patrons with an unforgettable dining experience 7 days a week. We guess it’s safe to say, Longhorn Grill and Saloon refuses to die! It just made a pretty interesting comeback.

The Place is Packed Thanks to its Good Food 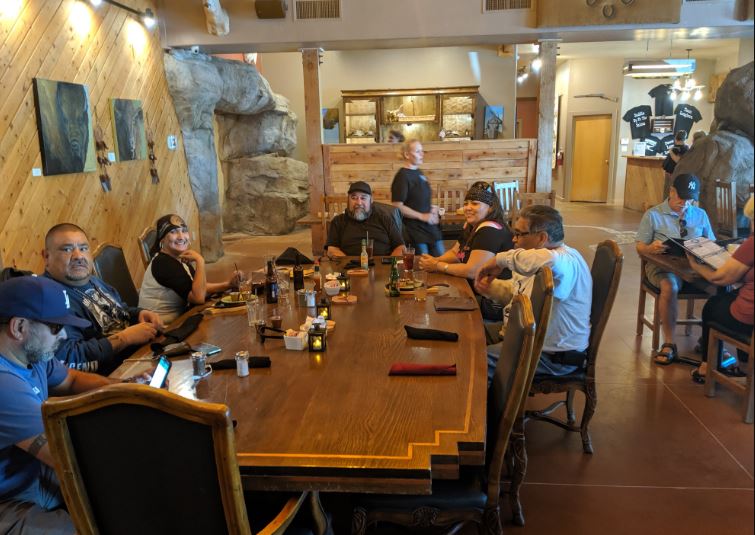 Who would have known that a once-abandoned commercial space would soon be packed with diners? The place definitely survived a rough past, but thanks to its striking appeal and delicious steak, it remains a proud Western roadside icon up to this day.

Owners Greg and Amy Hansen had to guy the kitchen, which had the most damage. But looking at it now, all the trouble was pretty worth it. Guests are just in love with all that’s on their menu. In fact, we know some of the things that you should definitely try: 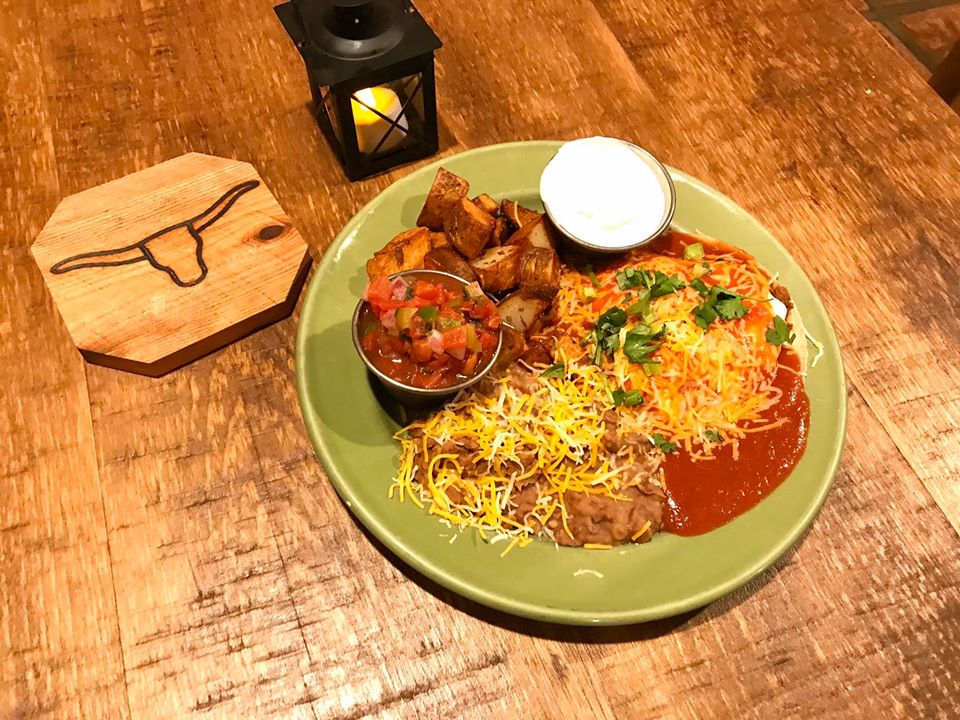 Huevos Rancheros. You will be motivated to wake up early for breakfast if this plate is waiting for you on the table. 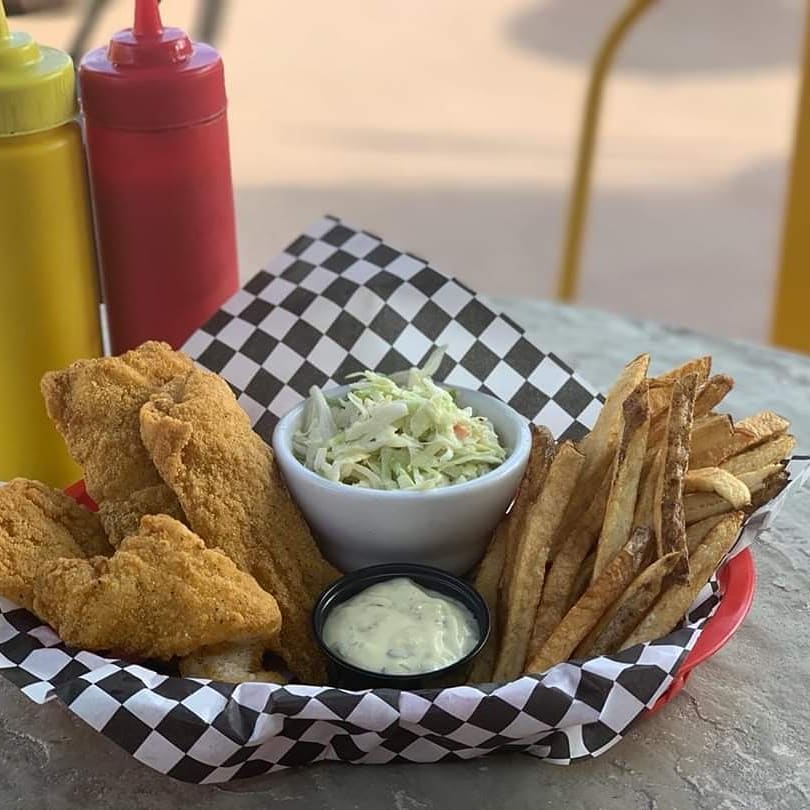 Fish & Chips. Before we forget this one (well, it’s unlikely), you should also order Fish & Chips for lunch. It’s awesome. Partner it with a refreshing drink, and you can be on your way.

Green Chili Corn Chowder. Well, what can we say? This one is creamy and packed with green chiles. 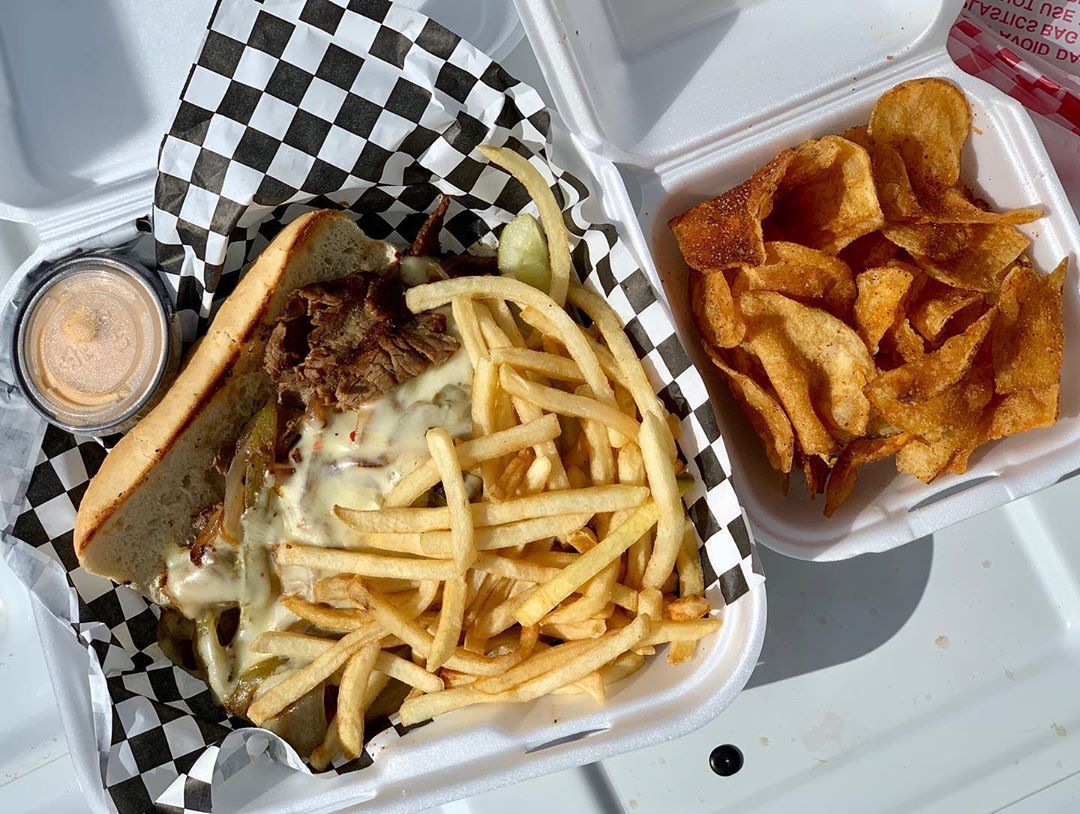 Arizona Philly Cheesesteak and Homemade BBQ Chips. We can’t think of a better combo than this. It’s tasty, flavorful, and definitely unforgettable. You will surely be thankful for making a stop at this roadside restaurant.

Strawberry Rhubarb and Triple Chocolate Mousse. Just because Longhorn Grill Arizona is the home of iron cast cooking does not mean you can’t have sweet desserts. You will love either of the two slices on the photo. That’s for sure.

A Place You’ll Go Back to in the Coming Years – Don’t Forget to Take Souvenir Photos! 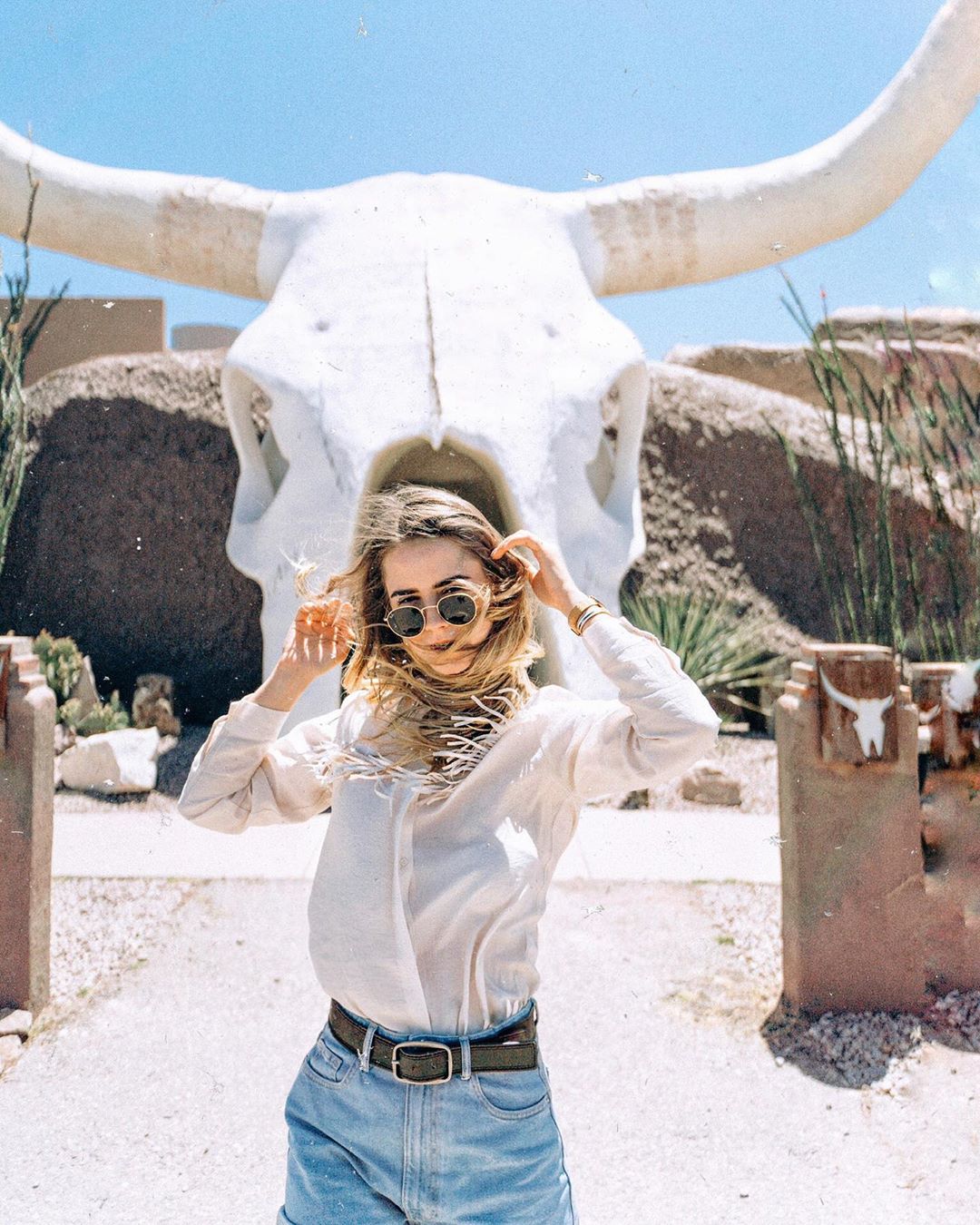 This place is simply nothing short of excellent. In fact, this restaurant is the kind you’d want to visit again after a few years for nostalgia and good food. It’s the best stopover you’ll possibly make, so when you come here, make sure to come hungry. 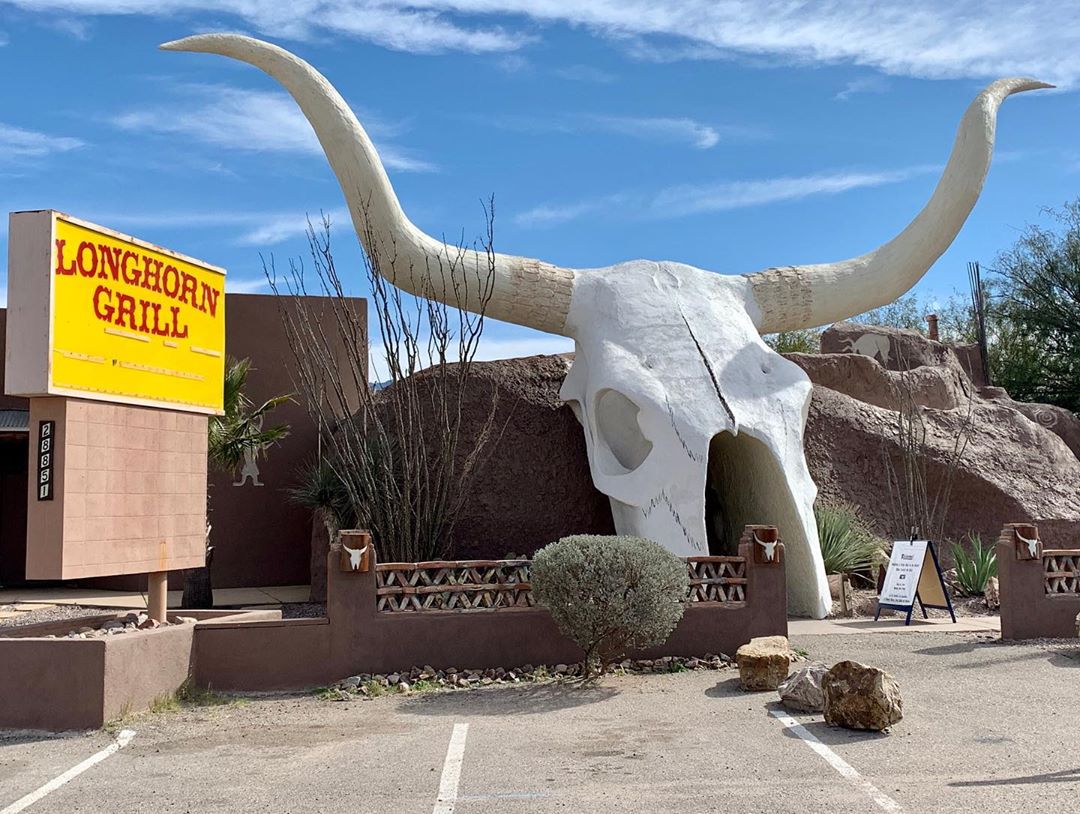 Note: Longhorn Grill Arizona is open again (for dine in). Expect limited menu and limited seating options while the world still tries to find a cure for the COVID-19 pandemic.

Have you been to Longhorn Grill Arizona? What do you think about the place? If you need other restaurant recommendations, you can also take a look at our article on 8 taco trucks in Arizona for the most mouth-watering authentic tacos.