We’ve written a lot about the Grand Canyon State from its canyons, falls, deserts and roadside attractions, to its interesting museums and national parks. If you think about it, we’ll probably have something to talk about for weeks given that there are a lot of things to do. But have you ever thought about the important events in Arizona? Maybe it’s good to reminisce about the things the people will always remember. 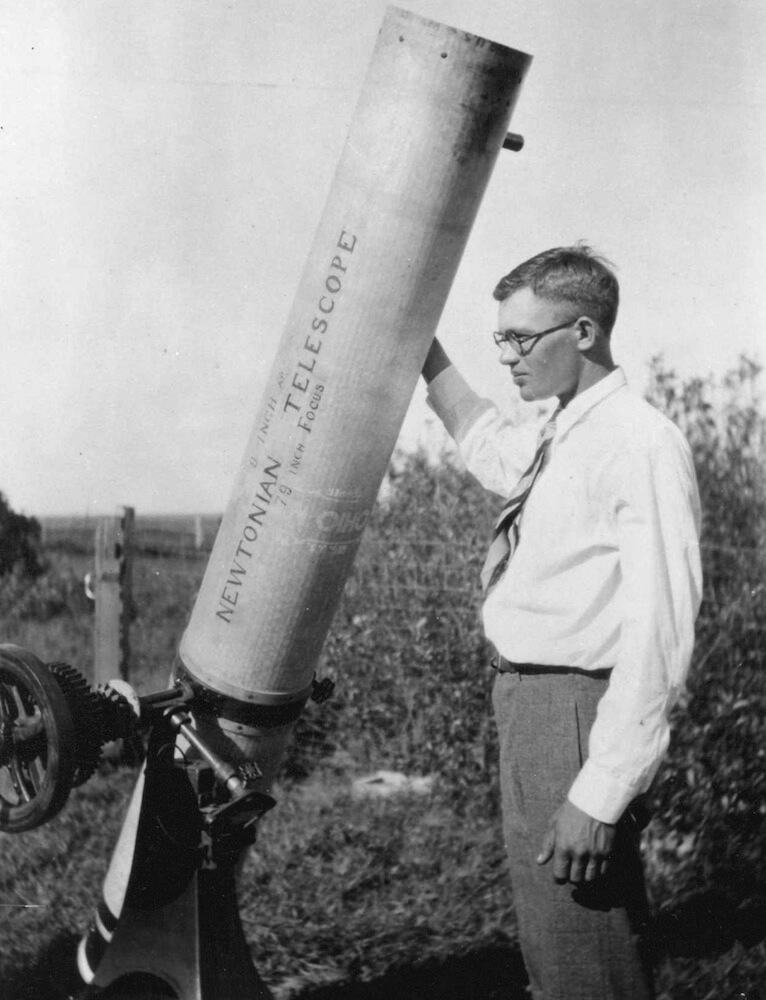 The theory of a 9th planet came from Percival Lowell. He was the first to discover the gravitational force around the orbits of Uranus and Neptune. According to him, it wasn’t normal, and there’s a big possibility that another planet is somewhere out there. Eventually, in 1930, an astronomer by the name of Clyde Tombaugh discovered the cold and distant planet, Pluto, at the Lowell Observatory in Flagstaff, Arizona. 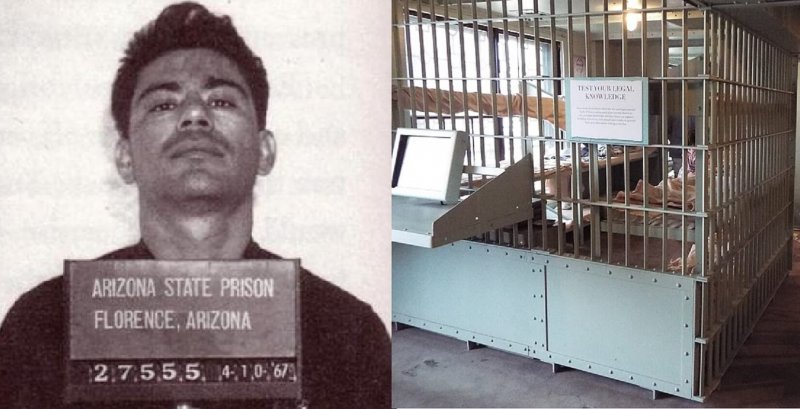 Are you curious about the time when officers of justice practiced sayings the rights against self-incrimination? Well, it started a long, long time ago. But the Supreme Court case of Miranda v. Arizona had a significant effect when it comes to arresting criminals even up to this point.

In the Miranda v. Arizona case, Miranda was not informed of his rights prior to being interrogated by the police. Because of that, the Supreme Court ruled that a defendant’s statements to authorities will be considered inadmissible in court unless he or she has been informed of their rights. The rights include having an attorney present during the questioning or interrogation, as well as an understanding that anything they say will be held against them.

Now, when the police utters the rights against self-incrimination, it is called “Miranda Warning,” or simply “The Miranda.”

3. Arizona becomes the first state to operate the State Lottery 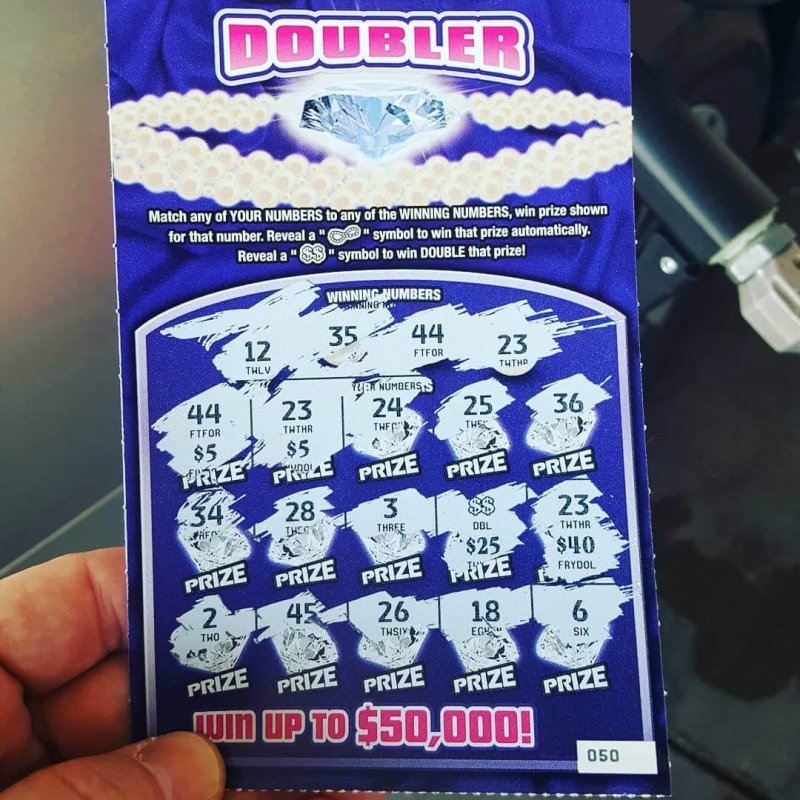 Try to think of all the states starting from the West of Mississipi. Then think of Arizona. What did the latter have first? Apparently, Arizona was the first state to operate the State Lottery in 1980. This is a statewide public initiative intended to support the programs of the state, which in turn, will be beneficial for the general public.

We guess you can say, one of the important events in Arizona includes trying your luck to see if the odds are in your favor! Think about it. Do you think you can win the cash prize? 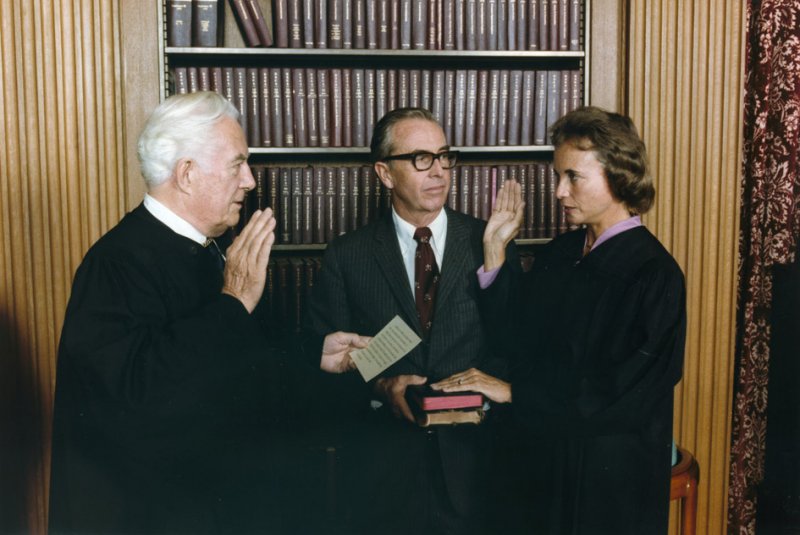 If there’s something all the ladies should be proud of, it’s this. Sandra Day O’Connor hails from Arizona and has experienced humble beginnings before rising in the ranks and thriving in her field. She struggled as a lady attorney in the past, before becoming part of the Arizona Senate. After that, she continued her success streak and eventually changed history by being the first woman to rule the Supreme Court. 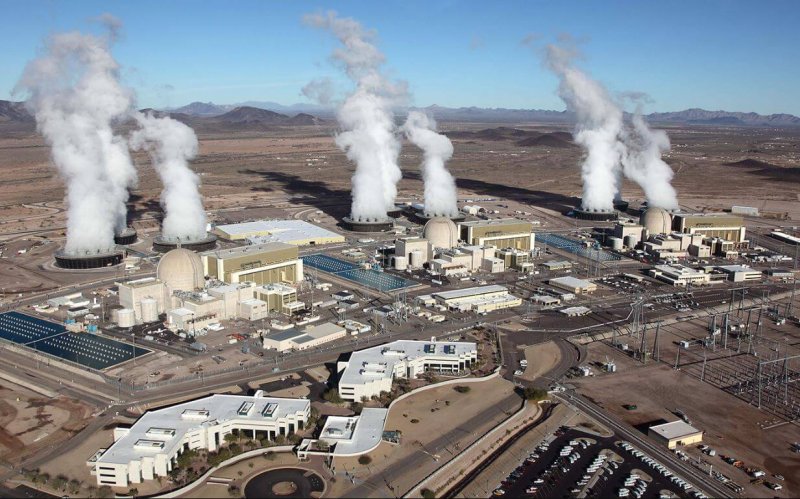 The Palo Verde Generating Station located in Palo Verde plays a critical role in the state. It is responsible for 70% of Arizona’s clean energy.To put things to perspective, you should understand that it is able to produce an average electric power production of about 3.3 gigawatts. Additionally, this power serves about four million people.

6. “Dr. Martin Luther King Jr. Day” was approved as a holiday in Arizona 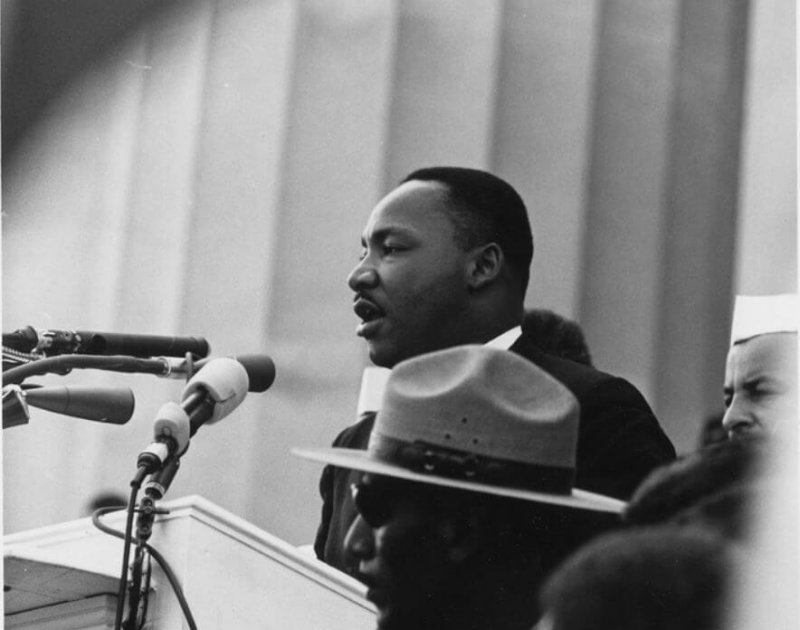 If we’re talking about all the important events in Arizona, then this shouldn’t be left out. It took 6 years after the declaration of the former President Ronald Reagan before Arizona implemented the special holiday that honors Dr. Martin Luther King Jr. The man is a fierce activist and leader in the Civil Rights Movement.

There were a series of discussions among state lawmakers prior to its implementation. The National Football League Super Bowl had to boycott the state in protest (and have Arizona lose millions of dollars) before Arizona finally accepted the Dr. Martin Luther King Jr. Day. The holiday happens every January 18th.

7. The death of Ruby, the elephant artist 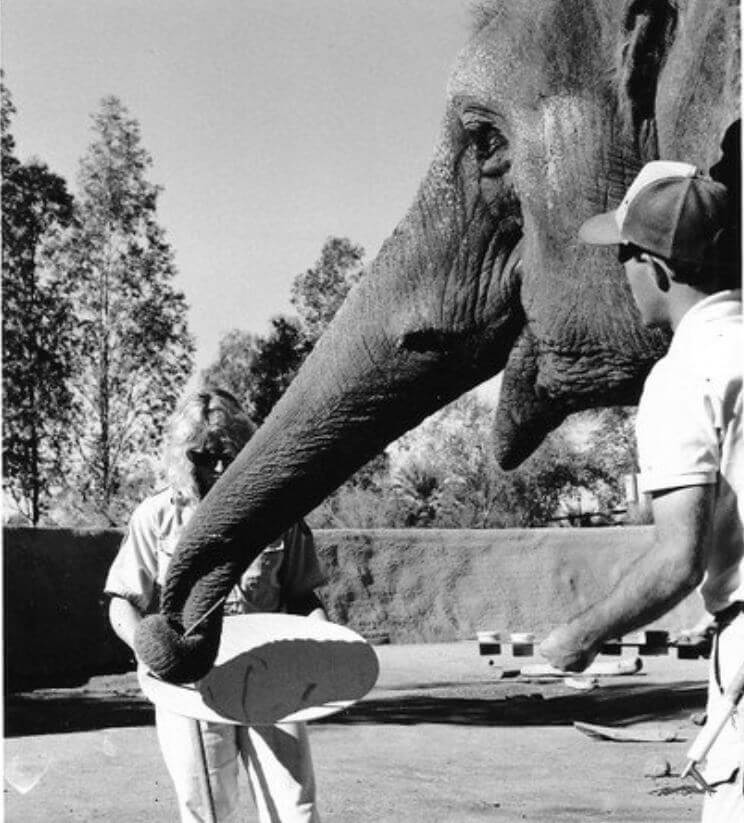 Ruby was a talented elephant who lived at the Phoenix Zoo. She created many wonderful abstract paintings using her trunk. Sadly, she got an infection because the fetus inside her womb died. The authorities operated under cesarean section, but discovered Ruby’s case can’t be cured. After that, she was put to sleep for good. Everyone will remember Ruby’s mark on people’s lives. Her existence is one of the most important events in Arizona.

8. The Arizona Diamondbacks’ victory against the New York Yankees in the 97th World Series 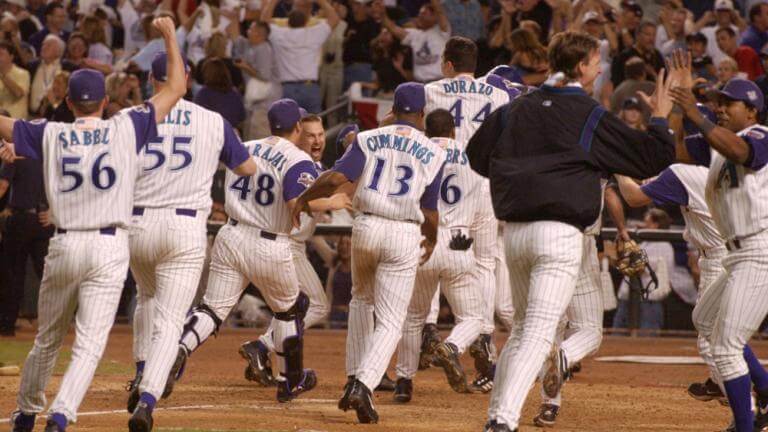 The New York Yankees was known as the three-time defending champion of the World Series. They are the “best of the best,” and proved to be a tough opponent for everyone. Unfortunately, 2001 just wasn’t their year. The Arizona Diamondbacks bested them and eventually got the crown in a Best-of-7 game for Baseball during the 2001 World Series. Way to make history!

9. The tragic fire at Yarnell Hill 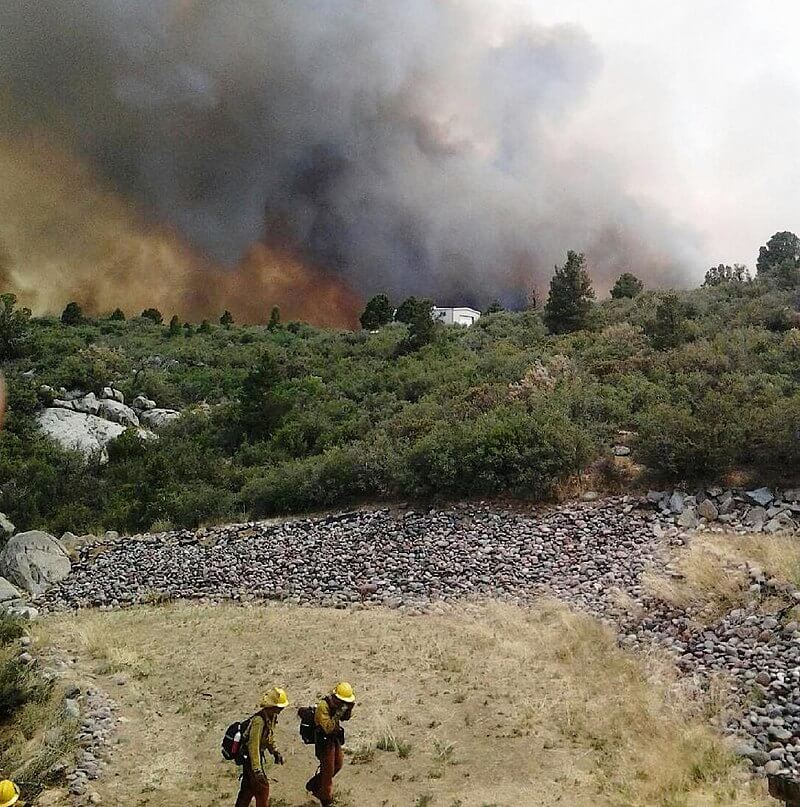 This massive wildfire ignited by a lightning lasted for 12 days before getting a fire-out declaration. It was indeed one of the most tragic incidents of 2013 as it killed 19 members of the Granite Mountain Hotshots. In addition, the Yarnell Fire also killed more firefighters than any incident in the world since the 9/11 attacks. That’s how bad the fire was.

The movie “Only The Brave” depicts this tragic event. 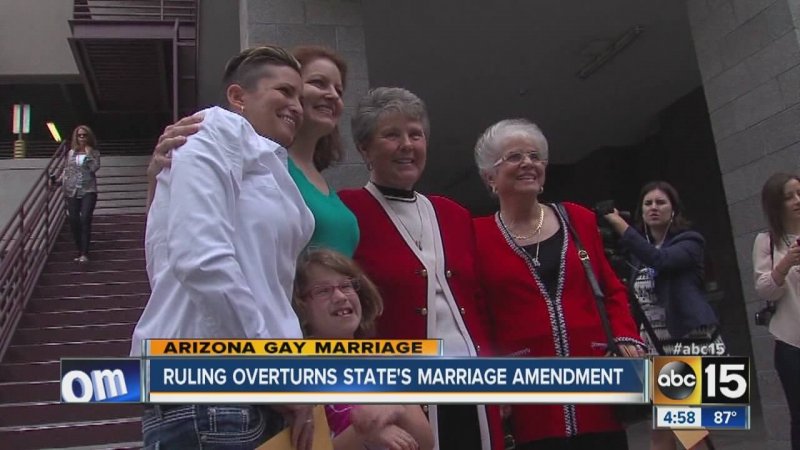 Arizona has banned same-sex marriage since 1996. If you ask the LGBT community, it is probably a challenge, if not a limitation, to those who simply want to share their lives with someone they love. It became legally allowed to tie the knot in 2014.

Do you remember any of these events? Which one is the most significant for you? If you want more of these history stuff, you should check out these amazing old photos of Arizona!