You can never run out of things to do in Phoenix. The populous city is home to many chic resorts, interesting museums, as well as scenic outdoor destinations. No matter where you are, you probably won’t get bored. We’ve already featured some notable places such as the Queen Anne Victorian House Museum and the 16 spots with the most appealing murals. What’s next? Naturally, we need to talk about Mystery Castle because its history is as fascinating as the place itself! This is a very intriguing place. If you want to know why people get hyped up when they hear about the castle, you better keep reading.

Here are 20 reasons why Mystery Castle is one of Phoenix’s pride:

1. The Mystery Castle is a “man-made” monument to enduring love. 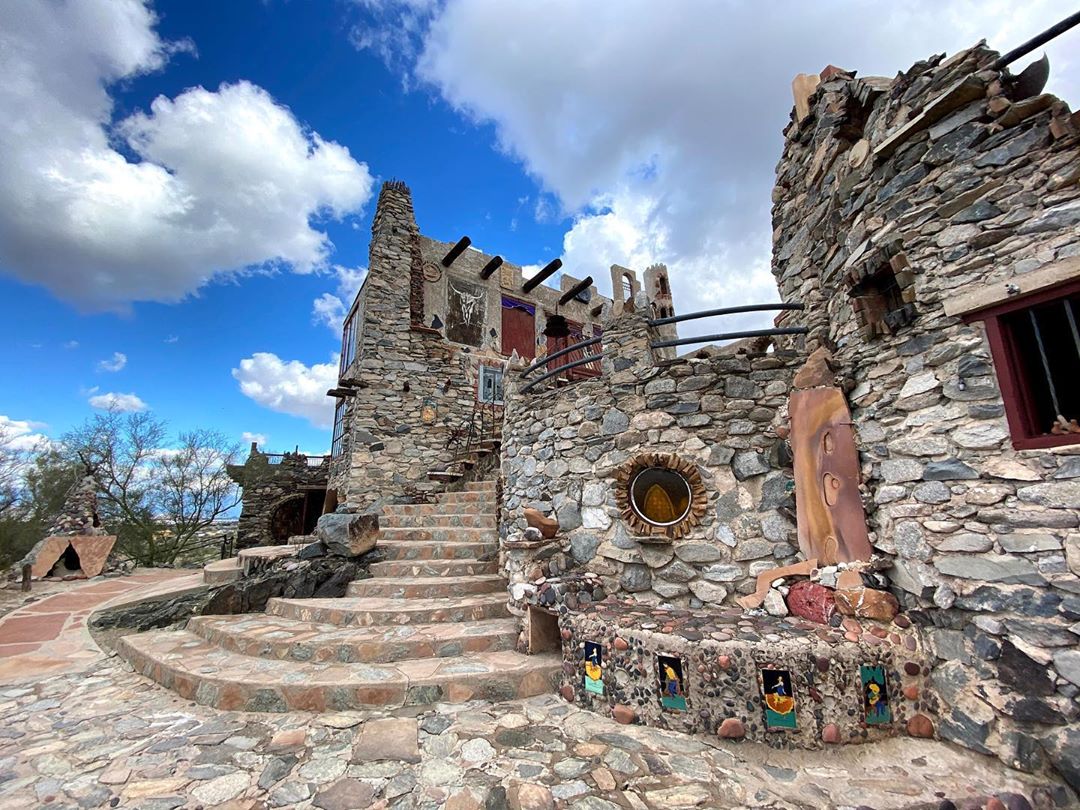 Why? The castle was actually built by a father for his princess. Back in 1930, a man named Boyce Luther Gulley was diagnosed with Tuberculosis and given only a few months to live. He was a family man who frequented beach trips with his family. During their trips, his little daughter Mary Lou would build sandcastles on the beach. However, tears would soon follow when the tide rolled in and washed the castle away. Since then, he promised to build her a real castle that can’t be washed away. When Boyce got sick, he remembered this particular moment and set off to fulfill his promise to his daughter.

He left his home in Seattle without the knowledge of his family and traveled to Arizona. Boyce’s wife Frances learned about the reason for his departure from his doctor, but despite her letters to her husband, Boyce never wrote back. Boyce needed a reason for “existing” and that pushed him to complete building a castle for his precious daughter Mary Lou.

2. The Mystery Castle we know today was once an unclaimed land.

According to the Mystery Castle Foundation, Boyce staked out that very land in Phoenix for free after learning about its status from the city documents at the library. We know what you’re thinking. The man is really resourceful. We don’t know if that was his original plan, but that was the first step in building his daughter’s dream castle. 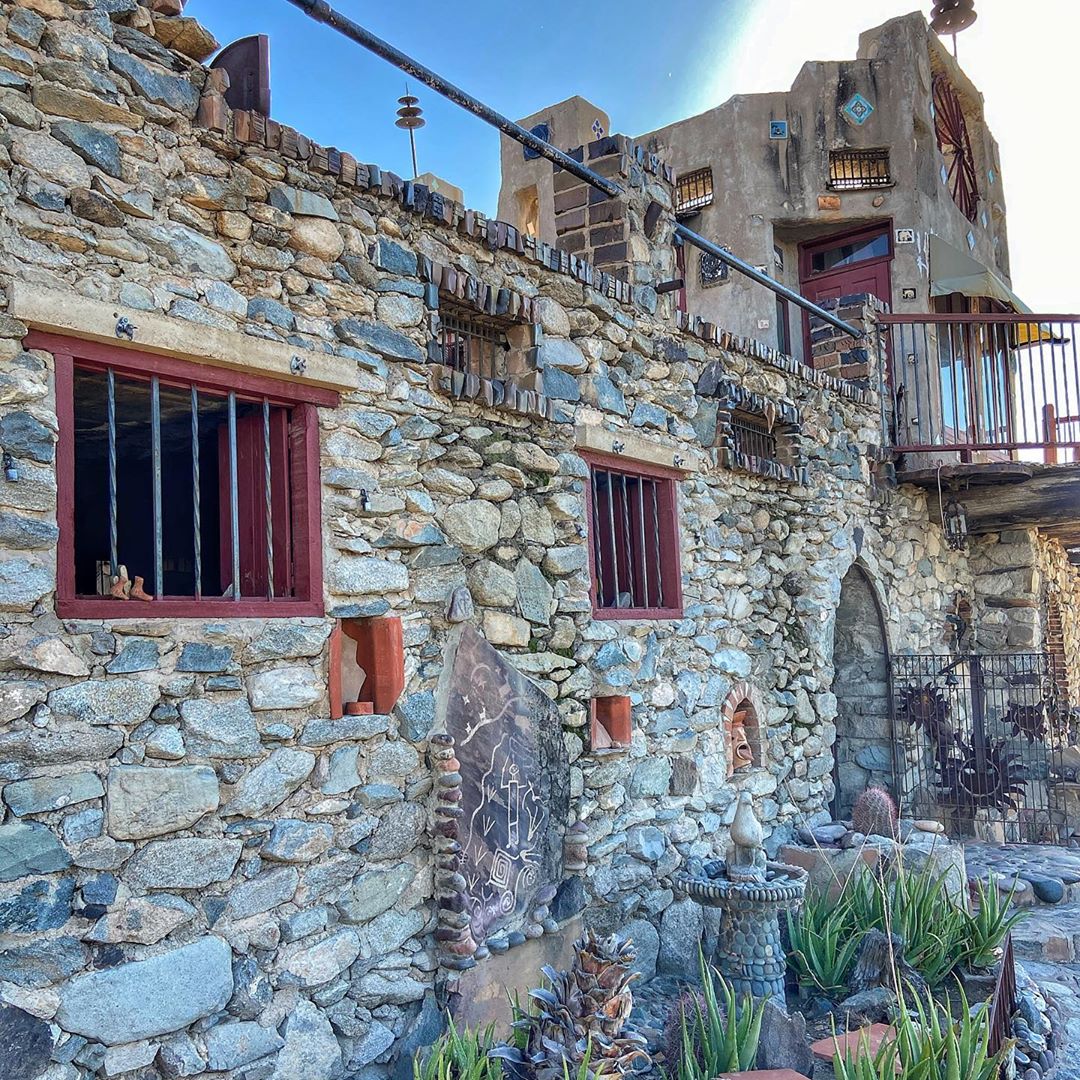 3. While Boyce had limited funds, he didn’t let that stop him from building a castle.

Boyce would often scrounge around the Salt River Valley to look for materials to build his dream castle. He would go to salvage yards and just choose whatever he thought was useful. These include half-melted bricks (which others consider junk), that are now an expensive architectural element made popular by Frank Lloyd Wright. The Mystery Castle is held by a combination of cement, mortar, and goats milk. It also has a wide range of building materials such as automobile parts, rail tracks, adobe, stone, and even telephone poles. You’ve got to admire Boyce’s creativity!

4. It took Boyce Luther Gulley 15 years to build the castle for Mary Lou.

He began working on it in 1930 and lasted an unexpected 15 years until he died in 1945. When he was diagnosed with Tuberculosis, the doctor said he only had months to live. This is why the Mystery Castle is a monument to enduring love. Boyce’s commitment to making his daughter happy was even greater than his illness. 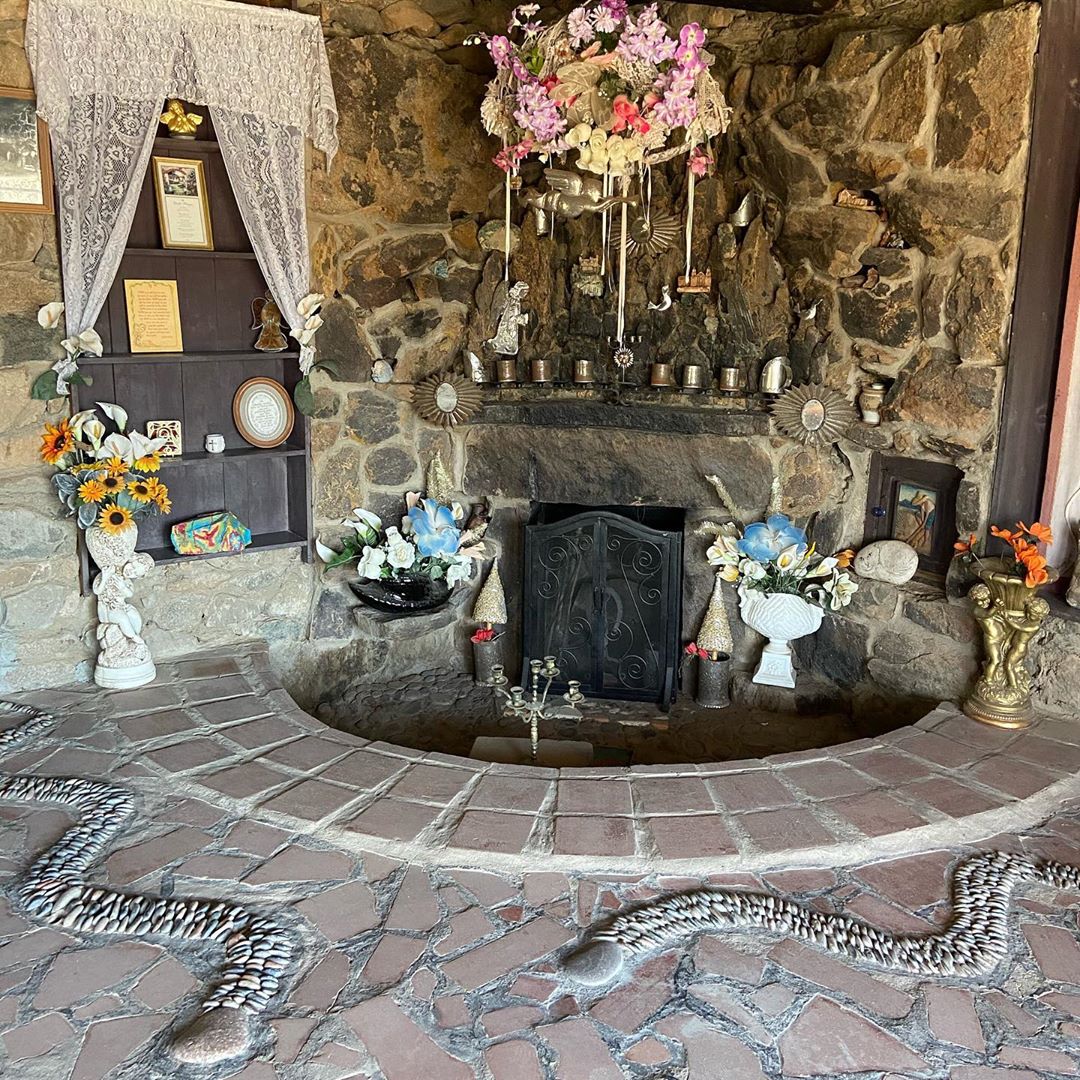 On top of that, there is a chapel, a purgatory, and a dungeon. Since the castle was also a “creatively cultivated project,” you’ll find the furnishings pretty eclectic.

6. The living area was the first room Boyce built.

From there, he worked on other spaces and rooms without a floor plan. He just stayed there and he let his imagination take him away. The castle just grew in size as time passed by. 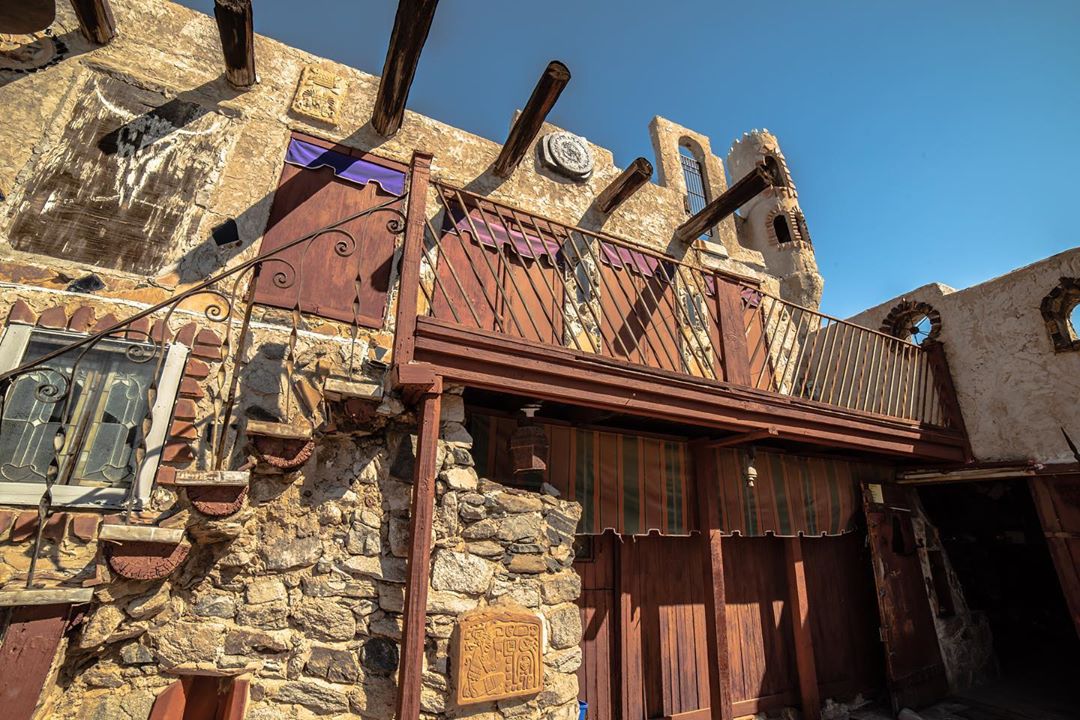 7. There are tiny rooms to the west of the main castle.

Boyce originally built these rooms to serve as Mary Lou’s playhouse. However, by the time Mary Lou arrived, she was all grown up and was already past her childhood days. The gesture is still sweet.

8. When Boyce died in 1945, his wife and daughter received a call from his lawyer. That is when the mystery behind the Mystery Castle started to unfold.

The lawyer broke the news of his death, and it was actually the first they had heard about him since leaving Seattle. Following the sudden news of his passing, the lawyer also said that the family will now be the owners of the “Mystery Castle.”

9. The reality of death was thrust upon Boyce Luther Gulley in his prime years.

This inspired him to take some time to do soul searching and also put to work his physical creativity. 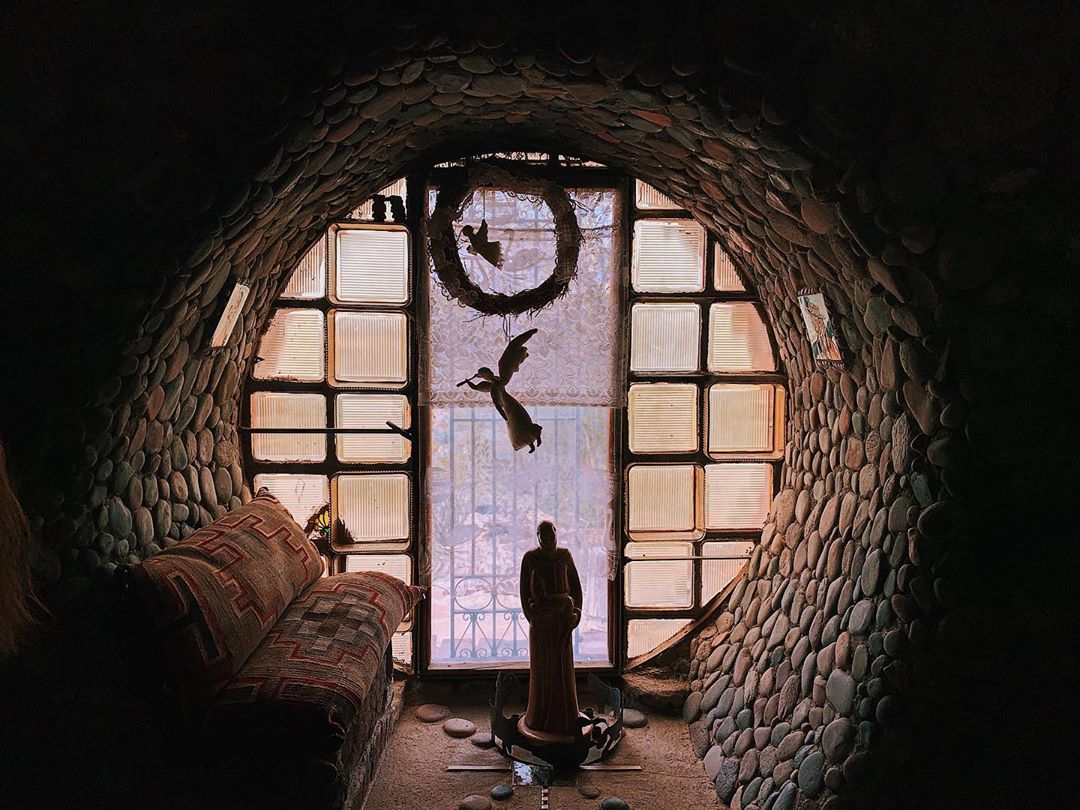 10. Why is this called the Mystery Castle?

Boyce left specific instructions for his wife and daughter when the time comes that they learn about his labor of love. In his note, Boyce asked Mary Lou to abide by one rule. She should not open the 9-foot trap door inside the castle for two years or until she sold it, whichever comes first. Since Mary Lou and her mom lived in the castle, they followed Boyce’s instructions and opened the door only after two years.

It contained the deed to the castle, $500 bills, gold nuggets, and the pile of letters Mary Lou had written her father. He kept everything and also gave them something precious.

Mary Lou lived in the castle that her father built for her until she passed away in 2010. Back when Life Magazine published a piece about the property and its story, it garnered a lot of interest from the Arizonans. Many people came to visit hoping for a tour and Mary Lou was more than proud to show them around and tell them in detail the whole story. She also gave tours with her granddaughter for years.

It was his love that built it all, and Mary Lou wanted to share it with everyone. After all, you don’t hear about a story as extraordinary as this often. 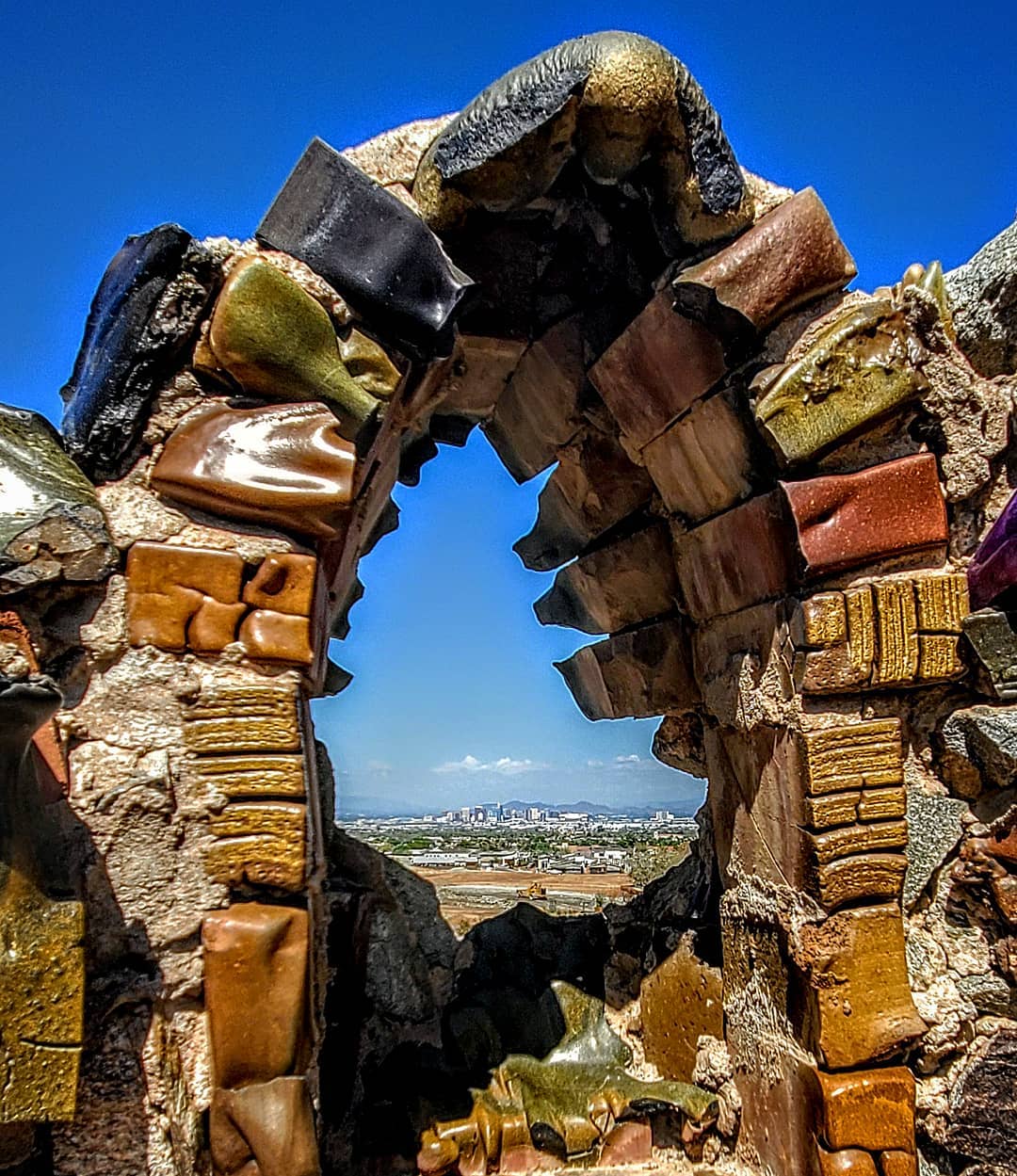 13. The castle has a whimsical touch.

Boyce Luther Gulley built a frame around the view of downtown Phoenix so his family could enjoy the panoramic vista. According to some accounts, you could see all of Phoenix when you looked through the window back when he was still building it.

14. This castle is a historic property.

You will find the Mystery Castle on the Phoenix Historic Property Register. This only means that the castle will be preserved even though the original owner, Mary Lou Gulley is no longer there to keep and maintain it. Don’t you think it really deserves to be a historic property? The castle is the testament to Boyce’s resourcefulness as a builder and architect. He made this using salvaged and personal items, donations, and whatever material he could find. 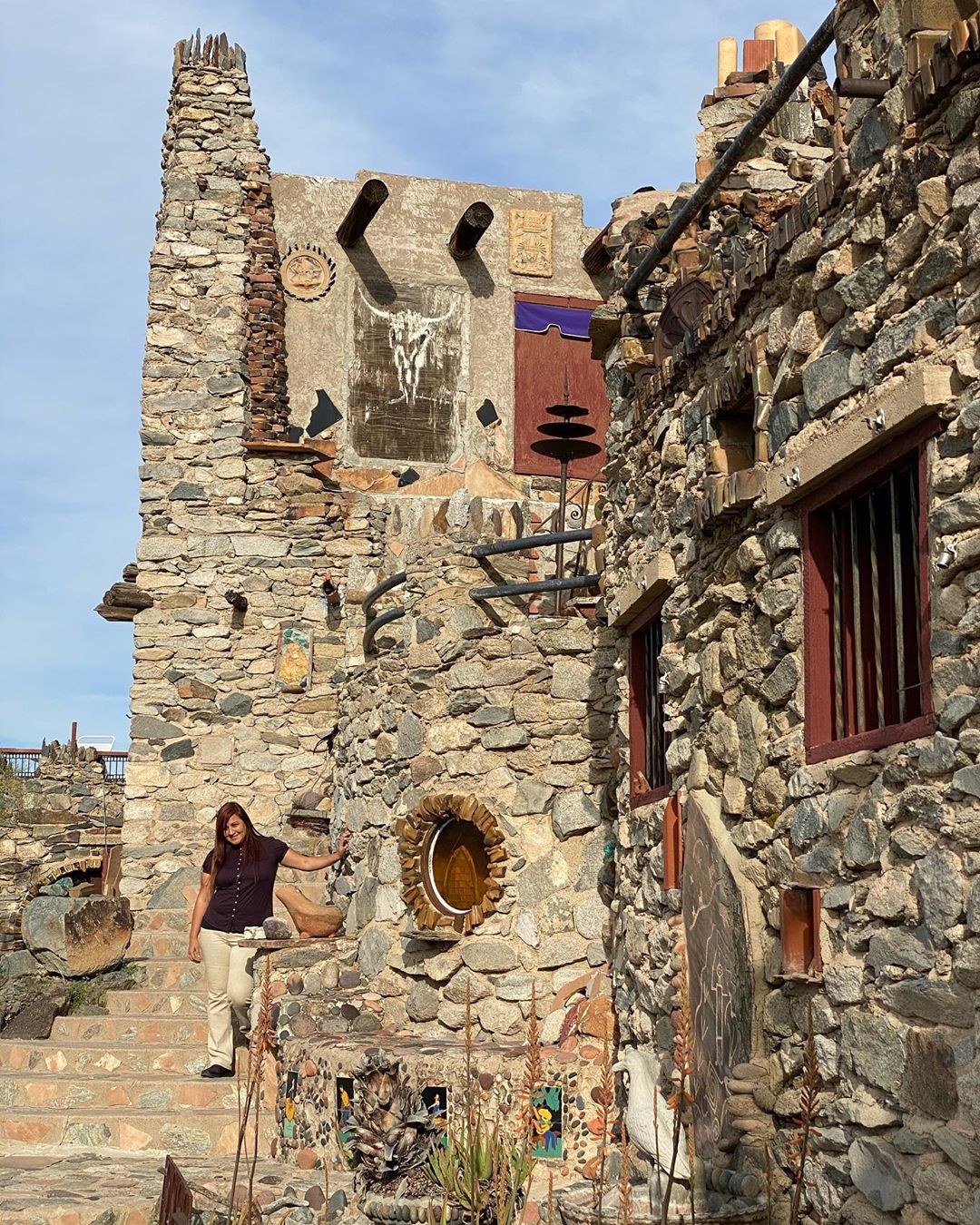 15. If you love coming to off-the-beaten-path spots, this one is for you.

The Mystery Castle might not come up when you are searching for the most beautiful places to see in Arizona. But after hearing about the story, don’t you think you need to visit this place? This is definitely Phoenix’s hidden gem!

16. It has a touching and beautiful back story.

Need we say more? We already told you Boyce Luther Gulley’s story. If that story doesn’t make you want to explore the castle, we don’t know what will. 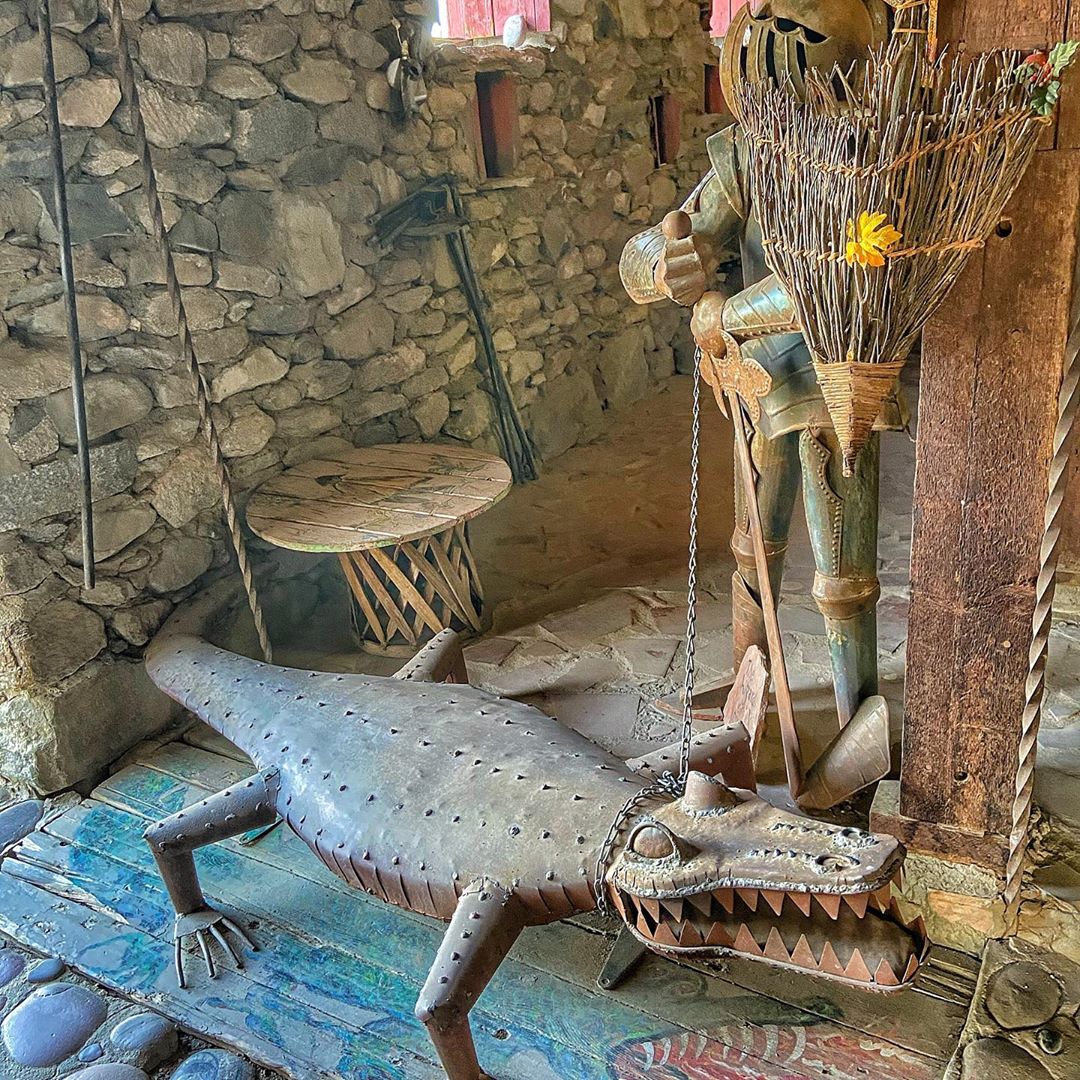 Do you ever experience a situation wherein the longer you stare, the more details come into view? Mystery Castle has that kind of magic touch. You can visit it today, and you’ll still learn and find something new the next time you visit.

18. You can find the property nestled at the base of South Mountain.

19. You are free to wander the castle at your leisure.

You can definitely join tours if you want to see this mansion. The tours are done so they can maintain the property. The guided tour usually takes about an hour, but you are free to wander around the house after. Prepare to be amazed! 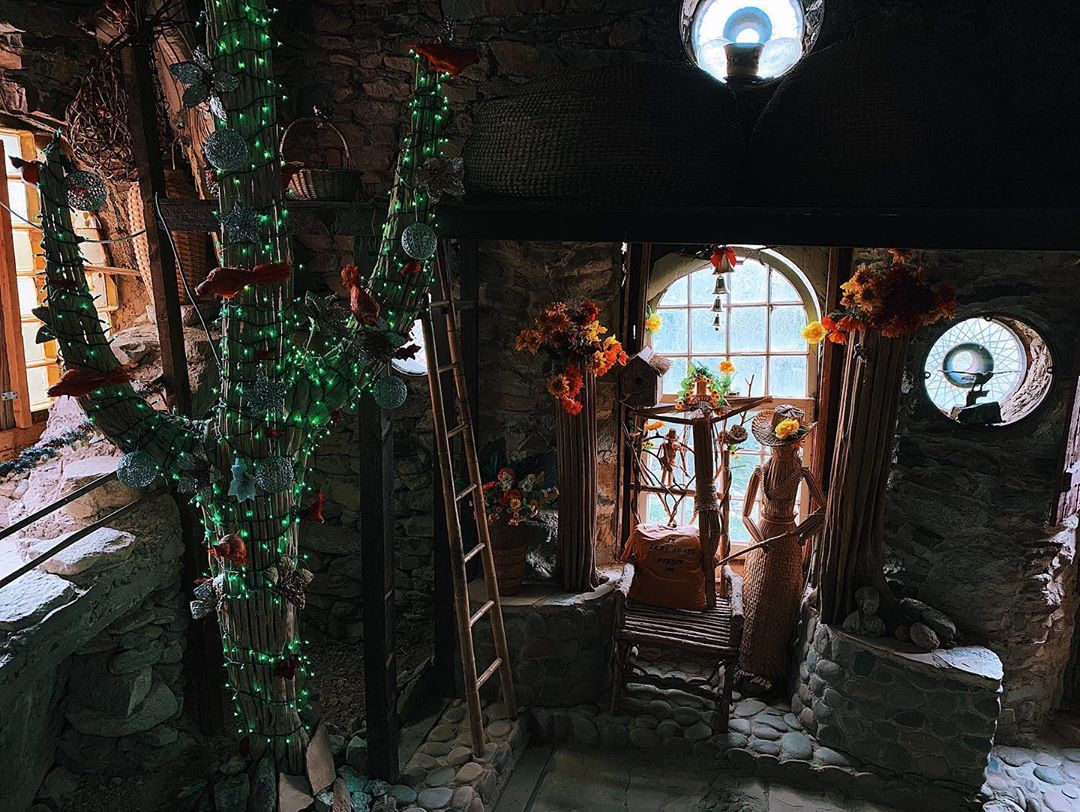 If you like odd things, you need to come and visit. That way, you can see Boyce’s ingenuity poured into every inch of this castle. It’s a known fact that you can’t simply cut down a Saguaro Cactus in Arizona, so he just built a room around one! There are just different kinds of quirks you’ll see in the mansion. There’s probably more to the stories the guides are sharing in the tours. You need to find that out for yourself.

Note: Due to the global health crisis, the Mystery is closed until further notice. Please check their website if you plan to visit.

Do you want to read more articles like this? Check out this hidden castle in Camelback Mountain. You might also like to know about the 11 marvelous buildings in Arizona that are designed by Frank Lloyd Wright.

You can Buy an Entire Ghost Town in Arizona with a Mine and Bar for $1.2M

Here are 20 Reasons Why this 8,000-Square-Foot Castle Is One of the Most Fascinating Spots in Phoenix

This 5.8-Mile Hike Leads to the Most Insane Crystal Blue Waters in All of Arizona