White doves are usually found in wooded areas, man-made structures like buildings, or in joyous occasions such as weddings. Would you believe that it also exists in the desert? If you think it’s not possible, then here’s where the Mission San Xavier del Bac in Arizona comes in! 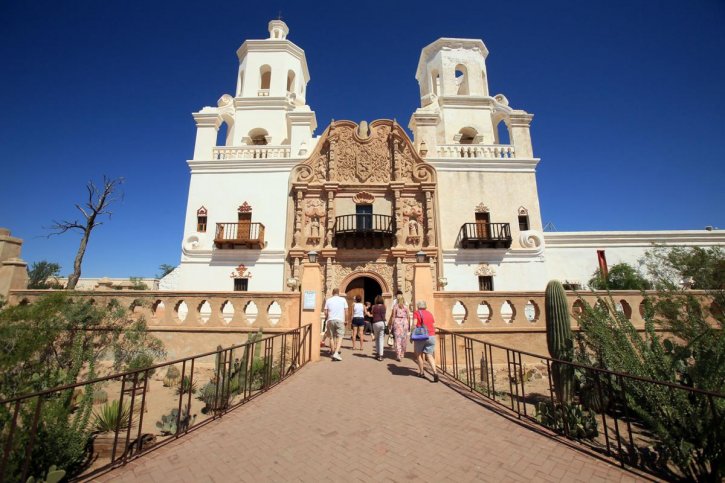 Mission San Xavier del Bac is a historic Spanish Catholic mission found about 10 miles south of downtown Tucson, Arizona, and on the Tohono O’odham Nation San Xavier Indian Reservation. Aside from being a National Historic Landmark, it is also generally recognized as the oldest “intact” church in the state.

Father Eusebio Kino, a Jesuit explorer, was committed to his mission of spreading Christianity in New Spain. Thus, he founded the Mission San Xavier del Bac in 1700. At the time, the mission served as an outpost of Christianity for the conversion of indigenous peoples. Now, the Native community already makes up most of the permanent congregation. The Franciscans finally completed this white stucco church in 1797.

Many people travel to see Mission San Xavier del Bac and admire its architecture and rich history. It doesn’t come as a surprise because it is one of the most beautiful and inspirational areas of the southwest. Today, many people come to visit this popular pilgrimage site to partake in conversion and education programs. 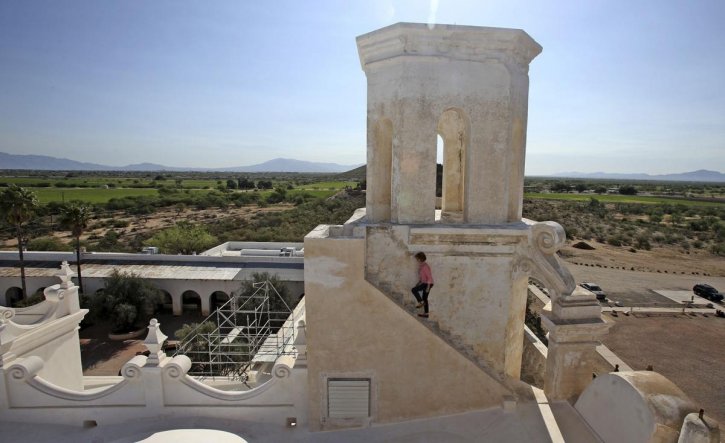 Did you notice that this church seems unfinished? That’s probably because it is! You can see that the east tower has some of its murals traced and penciled but never painted on the interior walls. Here are some of the crazy rumors and stories as to why it’s never completed:

There is no documentary evidence for any of these stories.

Why do people refer to it as the “White Dove” of the desert? 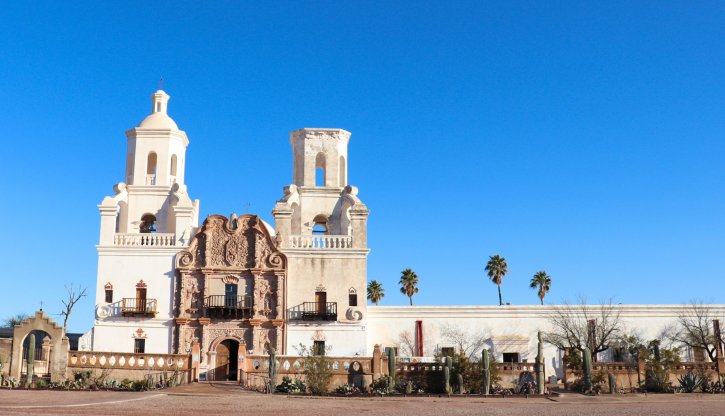 Look at the white mission found below the blue skies. Doesn’t it look heavenly? The stark contrast between the bright white exterior and soft blue skies against its dark interior is also iconic. So much so that it appears like a white dove in the middle of the desert. If you think about it, it’s on par with a good stargazing activity. 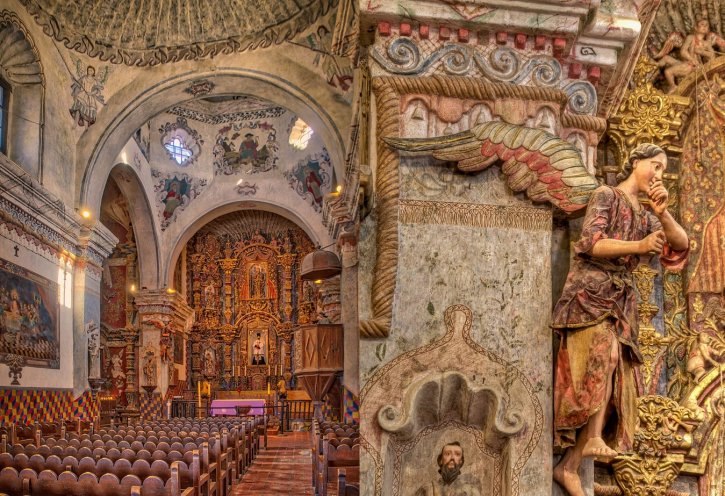 There are also free docent tours from Monday to Saturday mornings when the church is not in use.

Don’t you think Mission San Xavier del Bac in Arizona really stands out as a white dove in the desert?

Your Guide to the Top 9 Things To Do In Scottsdale, Arizona