Saying Arizona is an interesting place is indeed an understatement. Just think about it, the state has weird streets with a great deal of those having absurdly peculiar names that you would doubt exist if not seen for oneself. The case at hand is no exception. With a long line of incidents leading to the designation of its current name, the Bucket of Blood Street in Arizona is a bizarre and intriguing place that would really pique your interest! Keep reading… 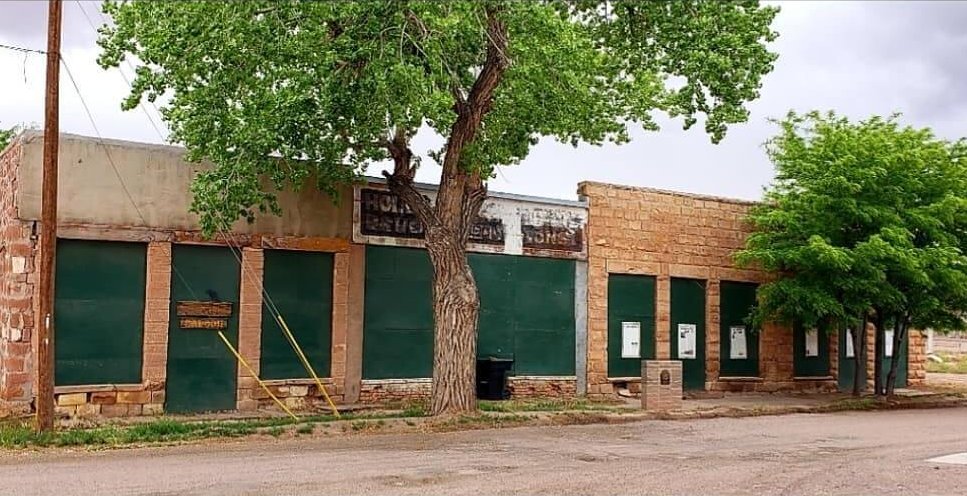 What gives this place its historical significance is the narrative behind it. At first glance, the town seems pretty ordinary for a wandering tourist. You would find that the street resembles other spots you’ve already visited before. You think that this place holds its quirks and unique offerings. It has its charm, but you’d be surprised there’s something more to the place than meets the eye.

Currently, Holbrook is a place with worthwhile features. That’s what makes it one of the most-visited destinations along Route 66. You will see roadside attractions, petrified wood, dinosaur figures, and establishments like novelty hotels found across the whole town. Simply put, Holbrook has the necessary tools to make it interesting for any traveler. Everything appears sound until you hear of the stories of the infamous Bucket of Blood Street of Arizona. Why? The town known as “Happy Holbrook” wasn’t always “happy” before. Back then, it possessed a certain extent of disturbing quality.

Well, Yes, This is a Ranching Town 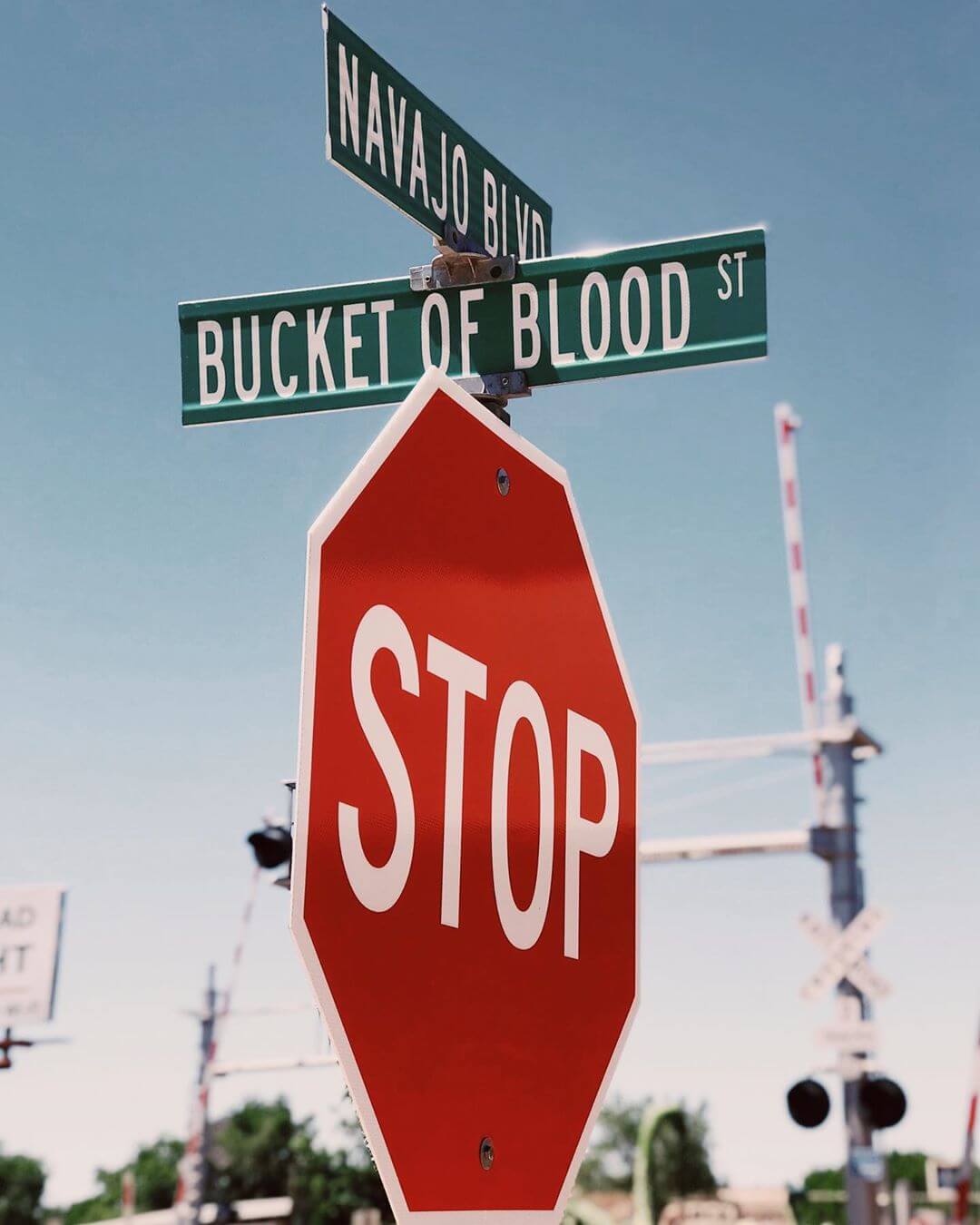 Founded in the early 1880s, Holbrook was quick to develop into a ranching town as well as one of the first railroad stops in Arizona. Along with the livestock came the cowboys, who were rougher ruffians than depicted in popular media. The town eventually earned a reputation for being “too tough for women and churches” for a reason. There is no law enforcement at the time, so many outlaws, gang members, cowboys, ranchers, and some hustlers all lounged around. Unsurprisingly, hostility was bound to happen sooner or later. There were some gunfights, skirmishes, and battles that occurred in the area.

The Bucket of Blood Saloon 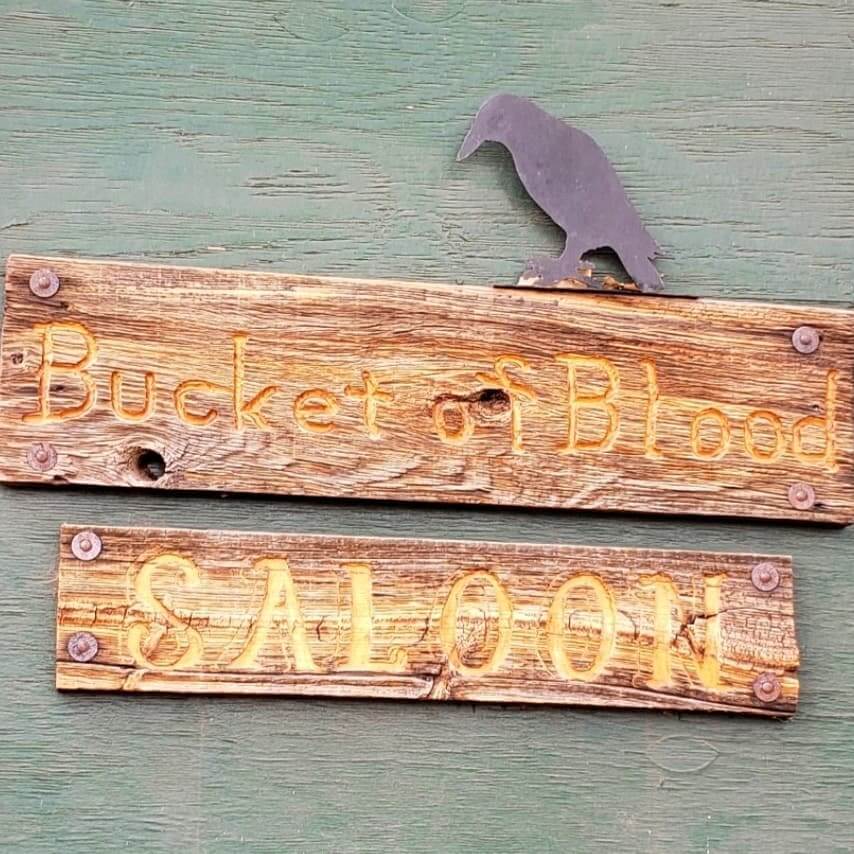 Scary conflicts were nothing new in town, but what prompted the street name’s designation can be traced back to an event in an old saloon. The Terrill’s Cottage Saloon was a local go-to place for cowboys and their company. Given the profile of the customers, the saloon witnessed a fair amount of bar fights and gunfights. It was a normal thing. The place would get rowdy and wild, and things would get heated. There was even an incident where a couple of drunk bar patrons attempted a target-shooting competition on a painting. The drunk customers missed hilariously. We can only think that there are numerous similar events that transpired in Holbrook.

In 1886, Holbrook witnessed its most bloody year. Sources say that the town saw more than two dozen deaths. Albeit the small number, you should know that the total count was equal to 10% of the town’s population.

The defining incident that gave the Bucket of Blood Street in Arizona its name occurred in that same year. So, what’s the story behind it?? Two cowboy groups had a rustling dispute and a fight naturally broke out. The conflict between the two groups resulted in the most gruesome and violent skirmish the town had ever seen.

According to JoLynn Fox, a volunteer with the Navajo County Historical Society and Museum, two men just strolled into the saloon one night to join a poker game. They got into an argument over this card game and so a fight ensued. Shots were fired, bodies dropped, and blood spilled everywhere. The lawless town has seen another dangerous and scary fight.

Witnesses claimed that the fight was so gory and severe that in its aftermath, the flooring of the saloon was drenched in blood. It was as though a big bucket of blood was spilled over it. That’s how intense it was. 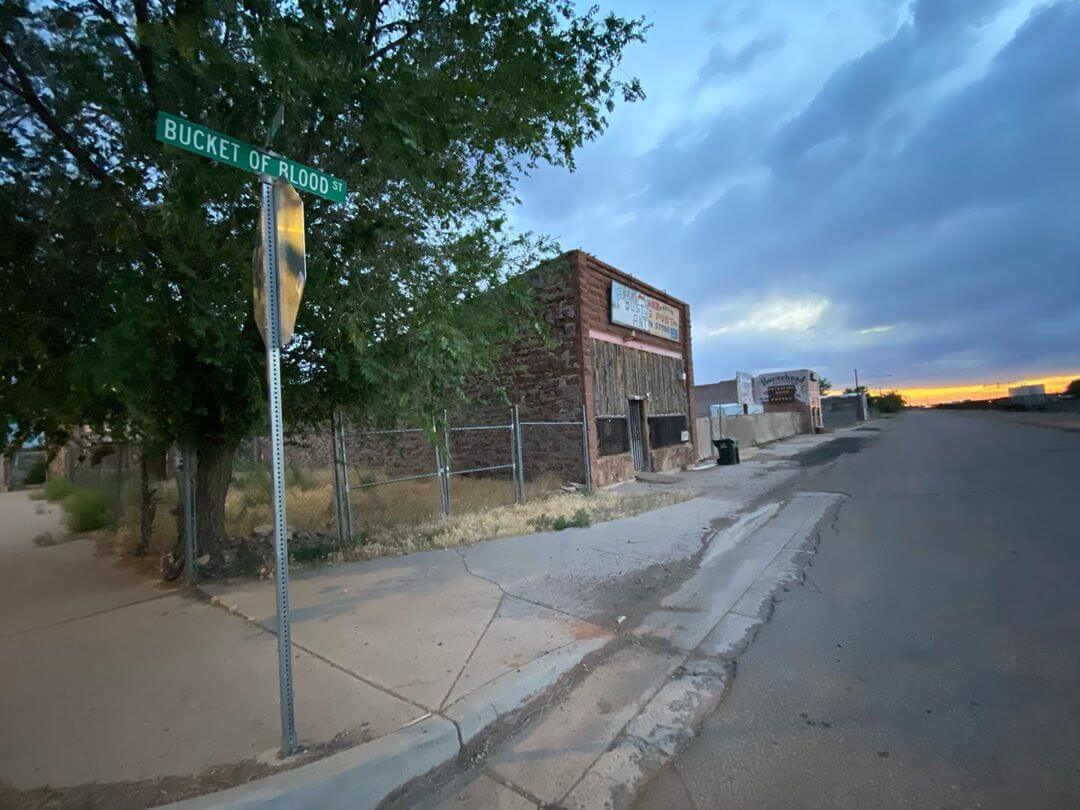 The incident weighed significantly in the town. The Cottage Saloon eventually changed its name to the Bucket of Blood Saloon and continued to operate for decades before it closed.

Today, it’s a boarded-up building with a wood sign bearing its namesake. It was constructed using local sandstone. That’s why it has a rich red color. You can actually find this place in a lonely part of town. Some trees hide this site, and there are only a few people coming here. Even if this is just an old building, Holbrook residents surely still remember the story and the past behind the Bucket of Blood Street. The wild west history of the place claims to be “wilder” than Tombstone Arizona because they had events that “really did happen.”

The street leading to the saloon in Central Avenue was renamed after the events that transpired in it. Recognized as one of the strangest street names in existence, the Bucket of Blood Street in Arizona is proof that red dripping from a ledger is more than hard to remove. All Arizona tourists or travelers going down Route 66 should take some time to get a glimpse of the remains of the rowdy saloon. This may not be your average museum, but it still tells the history of the place’s wild days.

The Bucket of Blood Saloon has stood for over 120 years, and it is just right next to the train tracks where cattle rustlers once loaded their cattle for shipment.

What do you think about the Bucket of Blood Street Arizona? If you love stories such as this, you should look at the 200-year old mesquite tree or the “Jail Tree” in Wickenburg.