Did you know that the oldest business and the oldest bar in Arizona is one and the same? That’s right! What’s amazing is that it is opened in 1877 and it is still a good spot filled with pieces of history and grandeur to this day. Check out The Palace Restaurant and Saloon the next time you’re in Prescott. 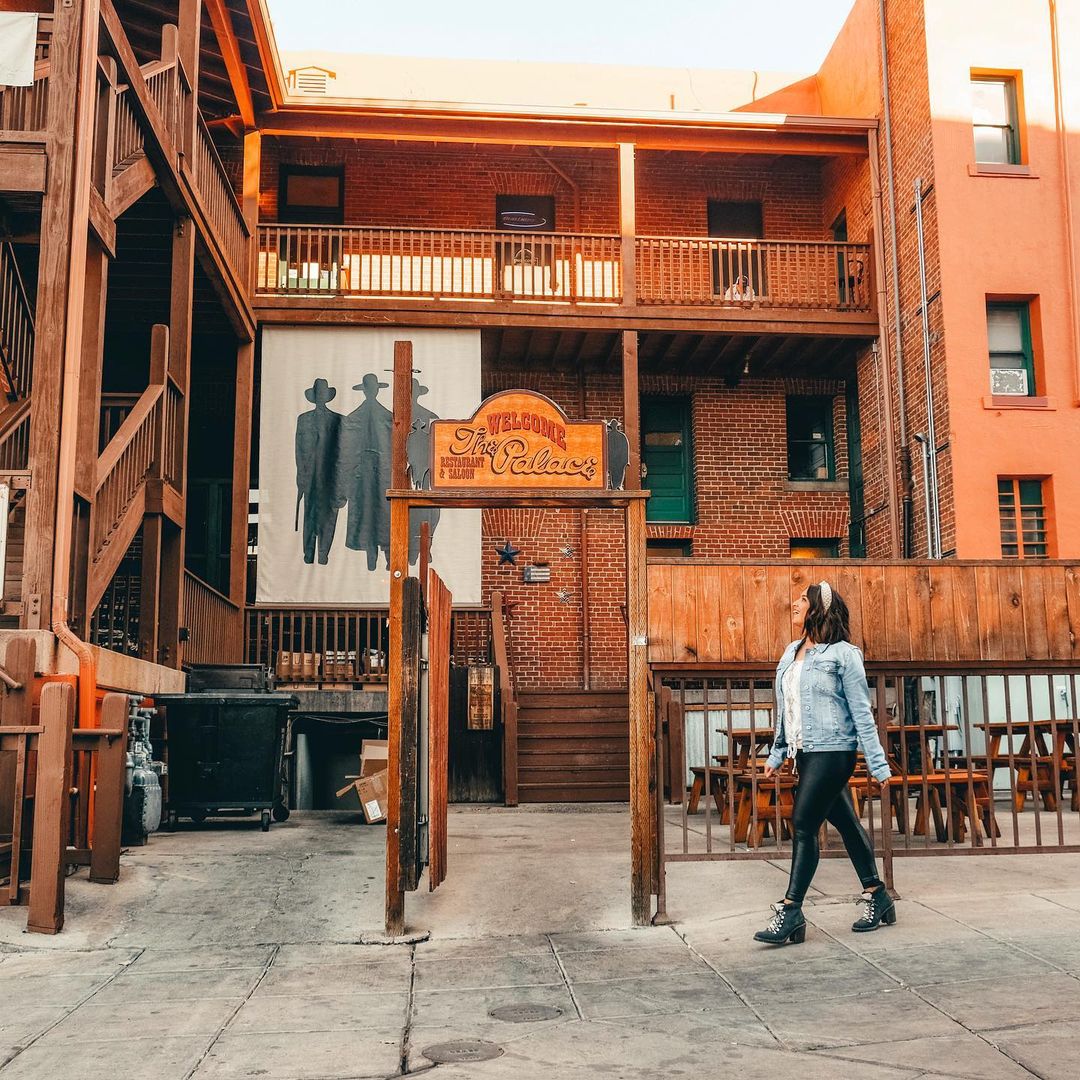 The Palace Restaurant and Saloon or simply “The Palace,” is a very interesting and unique place that you would want to take your visiting family members to. You will love its unique ambiance, old-time western vibe, yet classic appeal. It certainly won’t disappoint! Not to mention, the place prides itself on their delicious meals.

The staff there are wearing period clothing, and the decorations will just take you back to its heyday. You can easily browse and scan the interesting history just by looking at the walls that have pictures and old newspaper clippings. Just imagine all the good times and even the shenanigans that went on here. 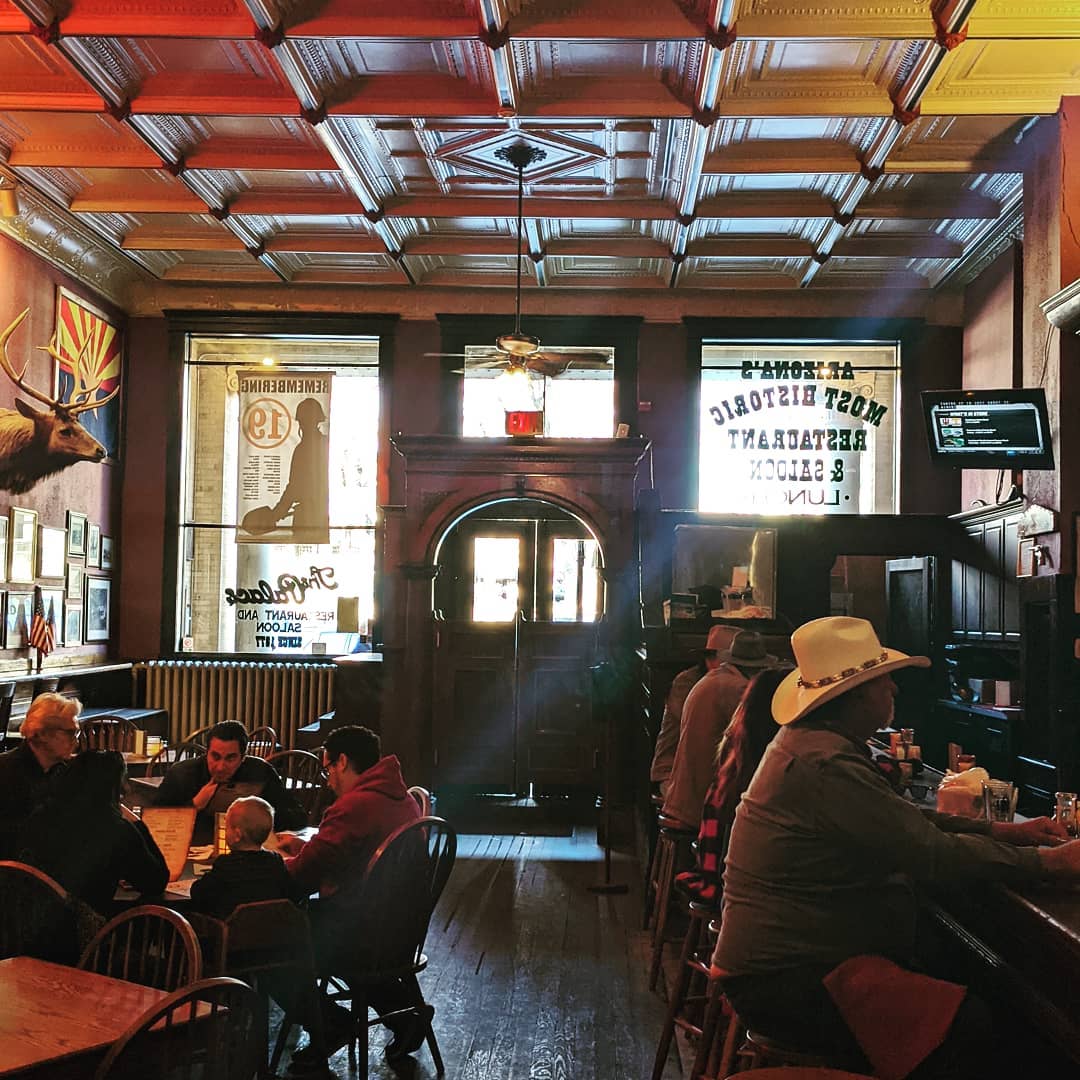 You can easily get lost in good conversations with your family and friends. This didn’t become the most well-known and historic restaurant and saloon in the state for no reason.

Did We Mention This Is Also the Oldest Frontier Saloon in Arizona? 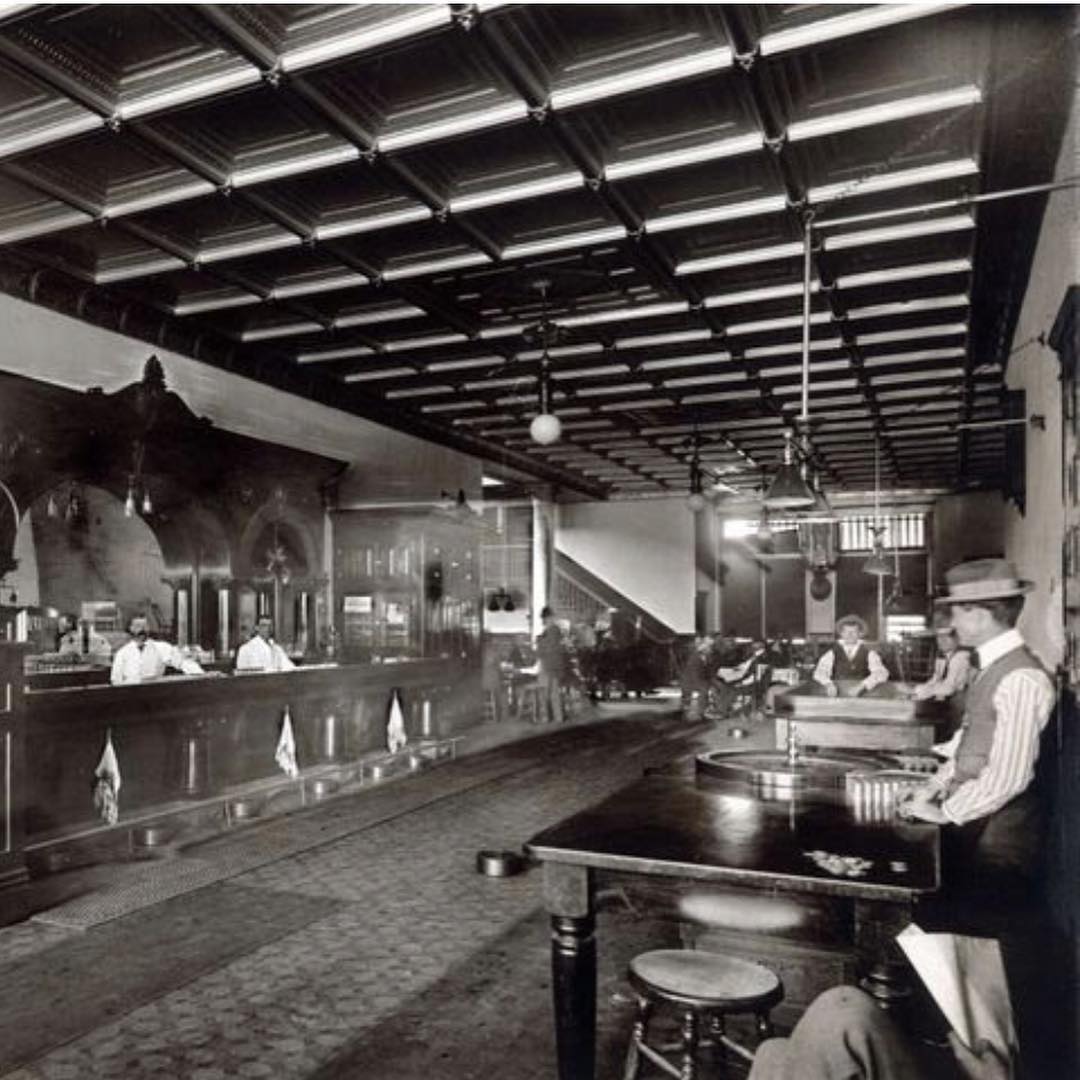 Just so you know – The Palace Restaurant and Saloon was more than just a fancy watering hole. Back in the days, different men came here to check for notices of work available. It also served as an election central for several political races and cattle spreads. Not to mention, there are also mineral claims were bought and sold over the bar. 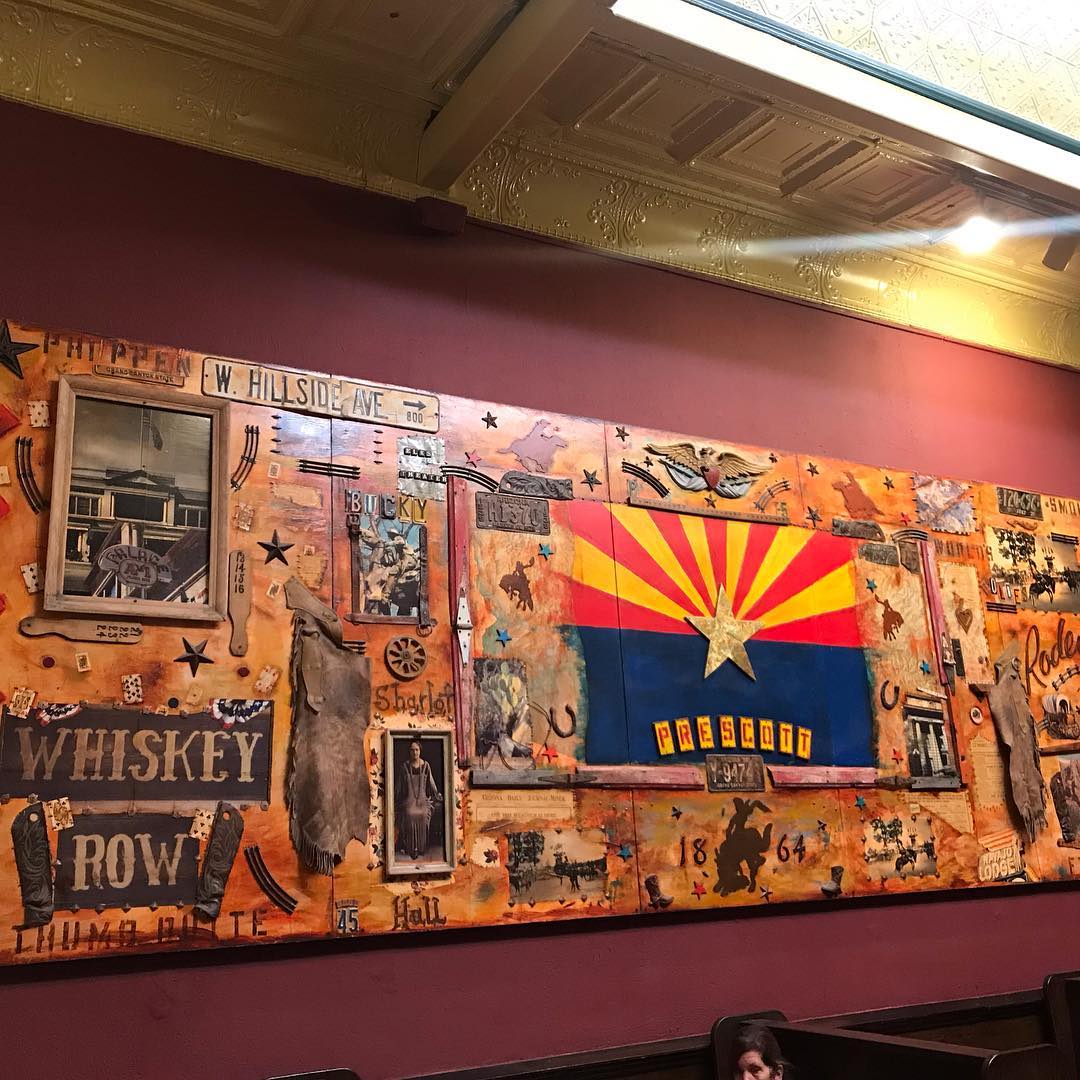 In the late 1870s, legendary frontiersman of the American West and lawman Wyatt Earp was also a patron of The Palace. Aside from him, Virgil Earp and Doc Holliday also loved to spend time here. According to the website’s account, Virgil and his wife Allie lived in Prescott, and Virgil owned a sawmill at Thumb Butte and was Town Constable.

Morgan, Wyatt’s other brother, visited Virgil in Prescott before they left for Tombstone. Doc was already enjoying a winning streak on Whiskey Row, which was a burgeoning strip of bars in the developing town. They say that he was probably at The Palace, where he won $10,000 playing poker. Eight months later, he joined the Earps in Tombstone. In 1900, The Palace Restaurant and Saloon got destroyed by the Whiskey Row fire. Brunswick Bar was then carried to safety across the street to the plaza by patrons.

To rebuild it, owner Bob Brow formed a partnership with Ben M. Belcher and Barney Smith. These guys are the owners of the former Cabinet Saloon, which was also destroyed in the fire. By 1901, The Palace Hotel and Bar was already back in business.

Since then, the restaurant has also undergone extensive renovations to restore it to its former grandeur. They did a pretty good job at it since they were able to maintain the beautiful history and wild west atmosphere. 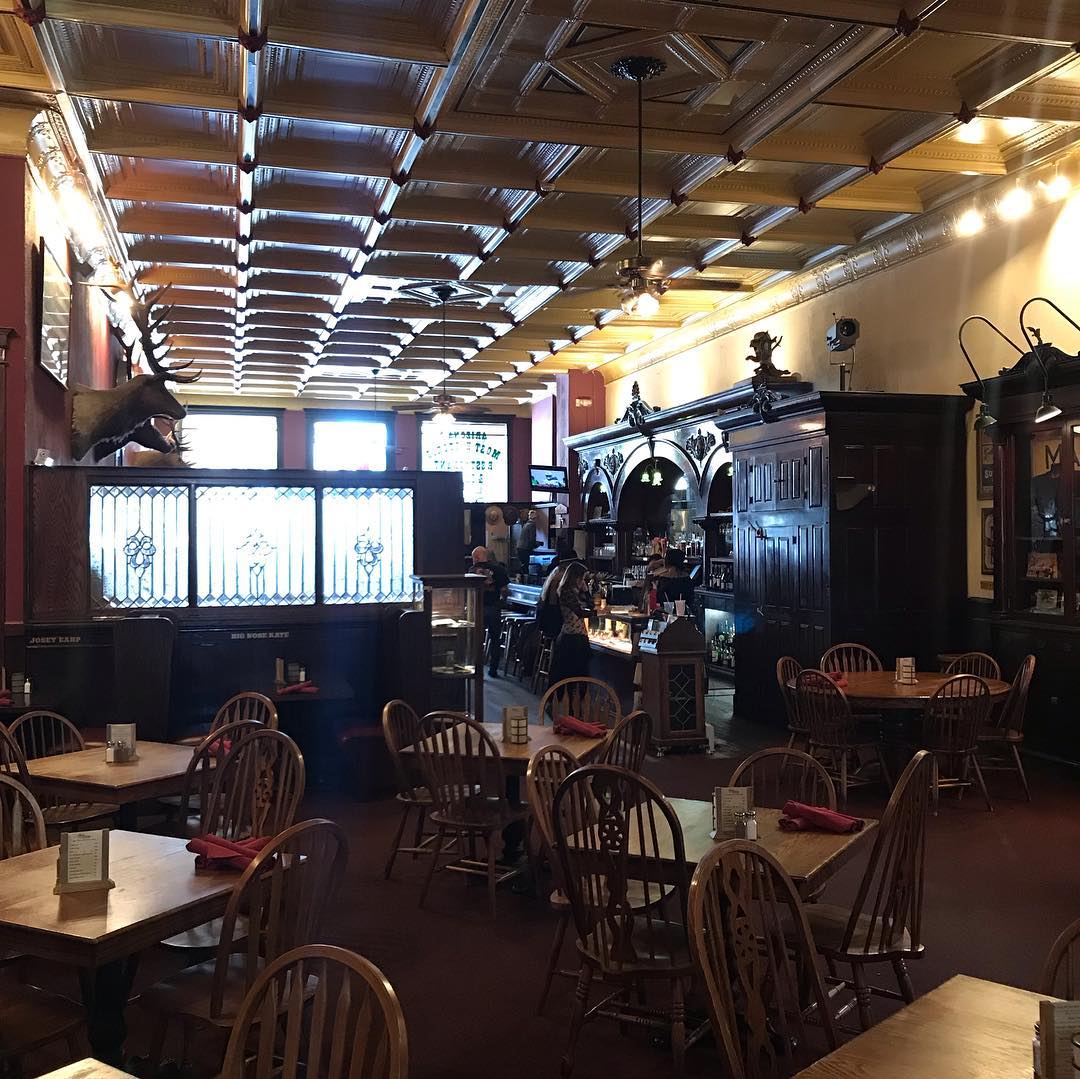 The mainstay in Prescott saw a lot of films during its heyday. Here are some of the movies filmed at the restaurant:

The biographical drama film is based on the true story of Frank Shankwitz. He was an Arizona motorcycle cop with a troubled past who survived a near-fatal accident during a high-speed pursuit. When he underwent rehabilitation, he spends time with a terminally ill little boy, Michael, whose dying wish is to be a Highway Patrol motorcycle officer. Michael saw him as a hero, and from there, an unlikely friendship is born.

The boy also inspires Frank to lead the creation of the Make-A-Wish Foundation. There are over 450,000 wishes granted since the beginning of the charity – proving that one act of kindness, no matter how small, can have a ripple effect to span a lifetime.

This 1972 film focuses on a rodeo rider who returned to his hometown in Prescott. He participated in an annual rodeo competition, and also reunited with his brother and estranged parents.

The Western action drama independent film about the American Navajo and hapkido master that defends the hippie-themed Freedom School.

What Should You Expect When You Push Through the Bat-Wing Doors of the Restaurant? 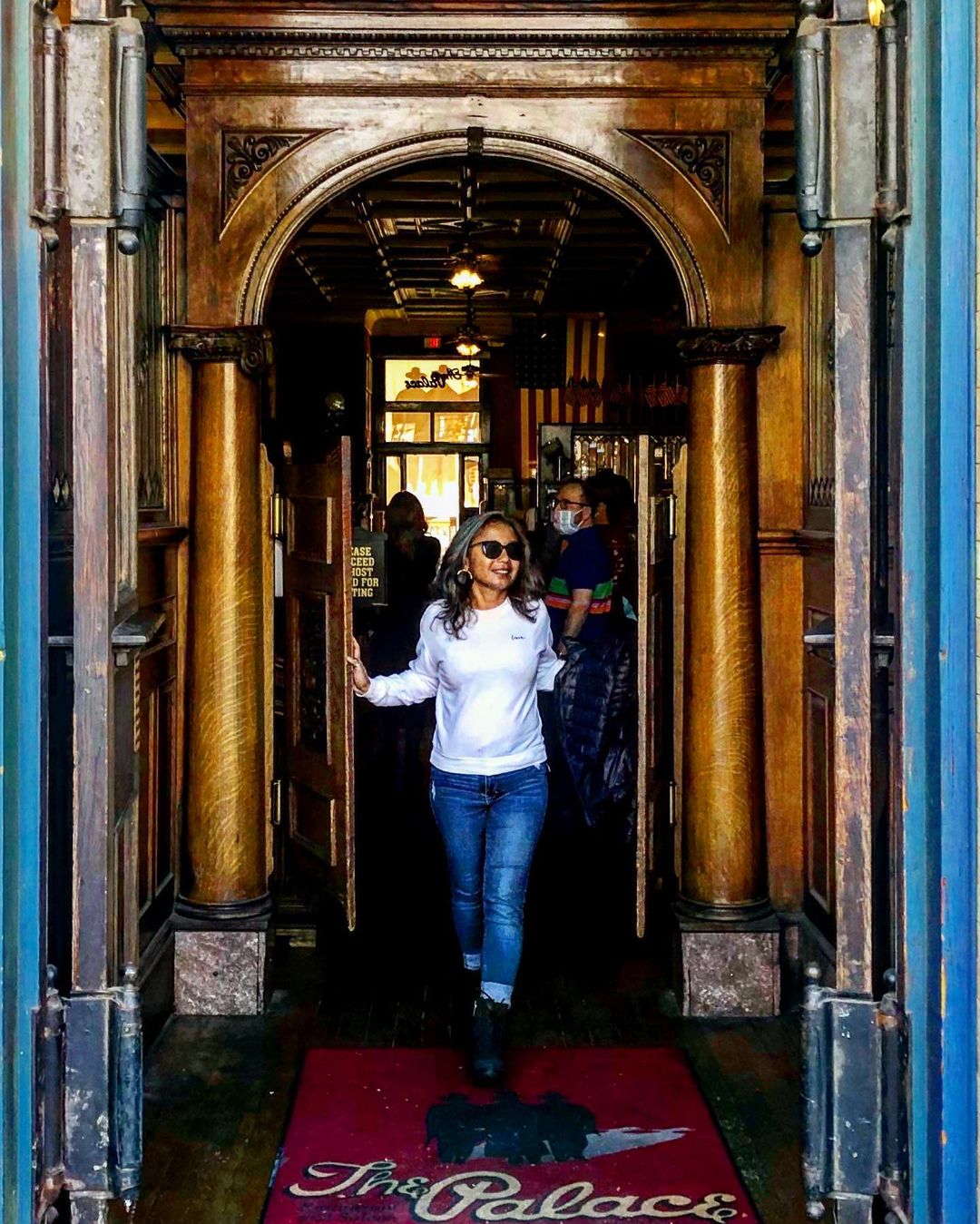 In the early days of The Palace Restaurant and Saloon, you will immediately be slapped by the strong smell of stale beer and fresh smoke. People at the bar would often shield their eyes from the unwelcome light. But now, it is a sanitized and grand place that carries the old Wild West atmosphere.

Customers and old-timers wouldn’t find the gambling devices that were once here. As for the saloon cribs, these have been converted into office space where the money is tracked rather than exchanged. 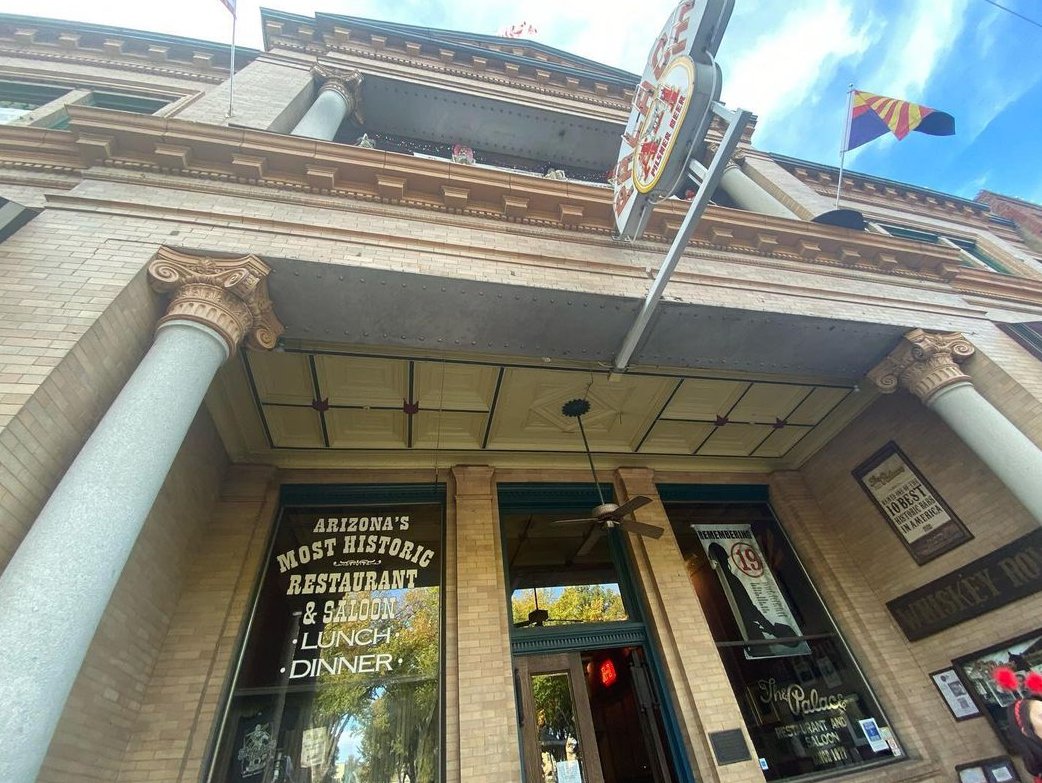 While some complain that it is not the bar they remember, you will still appreciate the beauty of this restaurant. You can never erase the stories that accompanied Arizona’s oldest drinking establishment.

There is no doubt that this was Prescott’s finest saloon. The restaurant had hardwood floors and a 25-foot-high pressed-tin ceiling. It also has a large, elegant back bar that stores some of the finest liquor in Arizona. Simply put, it was a good place to do some business, blow off steam, or discuss politics.

What Should You Try?

Here are some of the dishes you should try when visiting The Palace Restaurant and Saloon:

Cattleman’s Filet Mignon ($37). This is the leanest and most tender cut of steak served with grilled green beans with caramelized onions.

Wild West Wings ($13). You can get whether the hot or BBQ traditional bone-in that is served with ranch dressing and celery sticks.

Rough Rider Ribeye ($34). The flavorful and generous marbling cut will leave you craving for more.

Whiskey Row Duel ($25). No one can say no to a rack of delicious tender ribs, with grilled chicken breast, and finished off with Sweet Baby Ray’s barbecue sauce.

The Palace Restaurant and Saloon Details 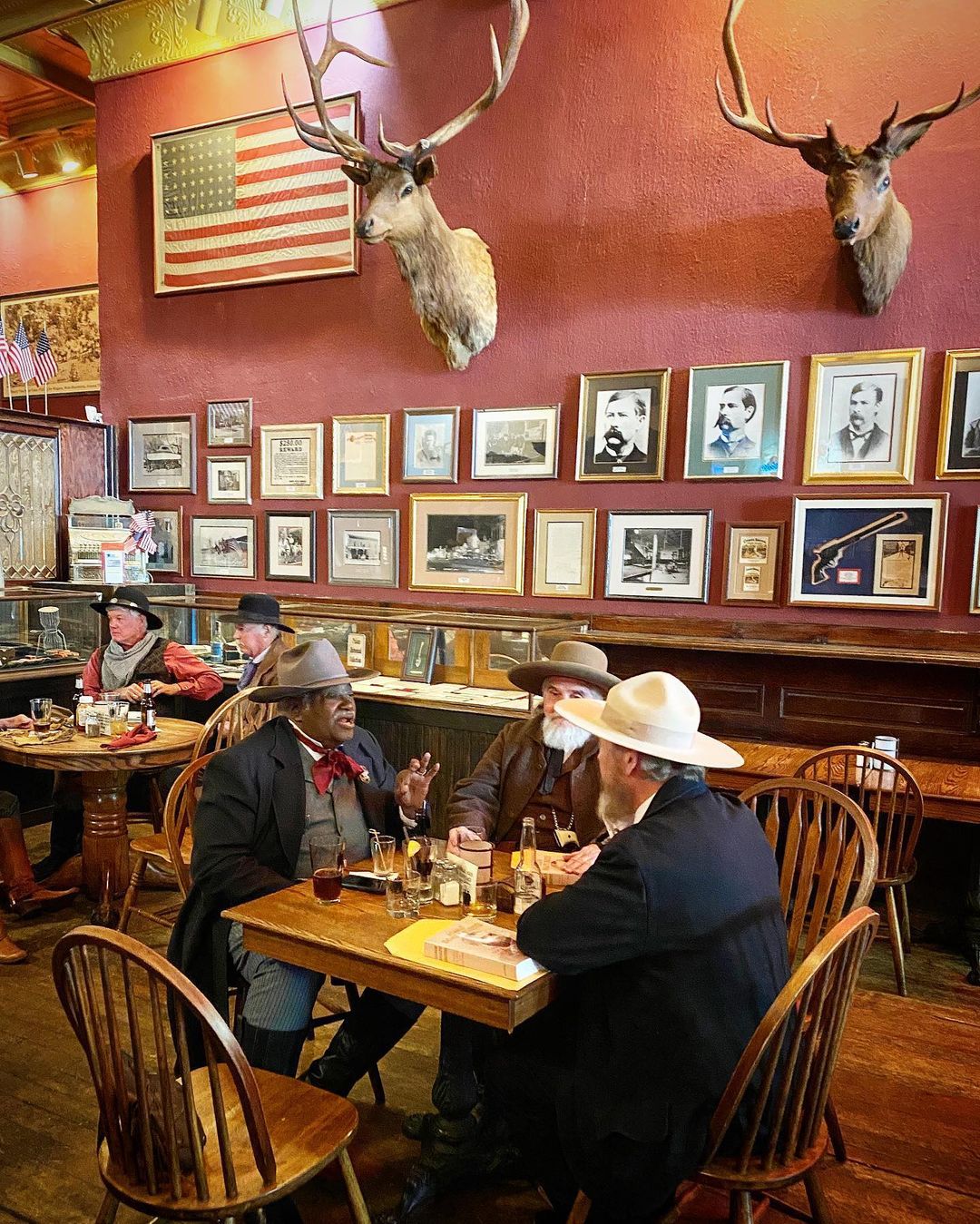 Have you been to this historic saloon? Tell us all about your experience!

Go back to the Wild West by visiting this ghost town that is the gateway to the legendary Superstition Mountains. There is also a small town known as the “Town Too Tough to Die.”