Are you up for a one-of-a-kind adventure with brave people who would love nothing than to capture ghosts in their camera photos and videos? Gather your bravest friends because you might back out if you do this alone. We know all about the haunted places in Arizona that will surely spook you out! And no, they’re not just random places that just “look” haunted. The stories behind these spots will surely make your hair stand on end. Are you curious? We won’t keep you waiting.

Here are 12 haunted places in Arizona with scary ghost stories as told by their visitors: 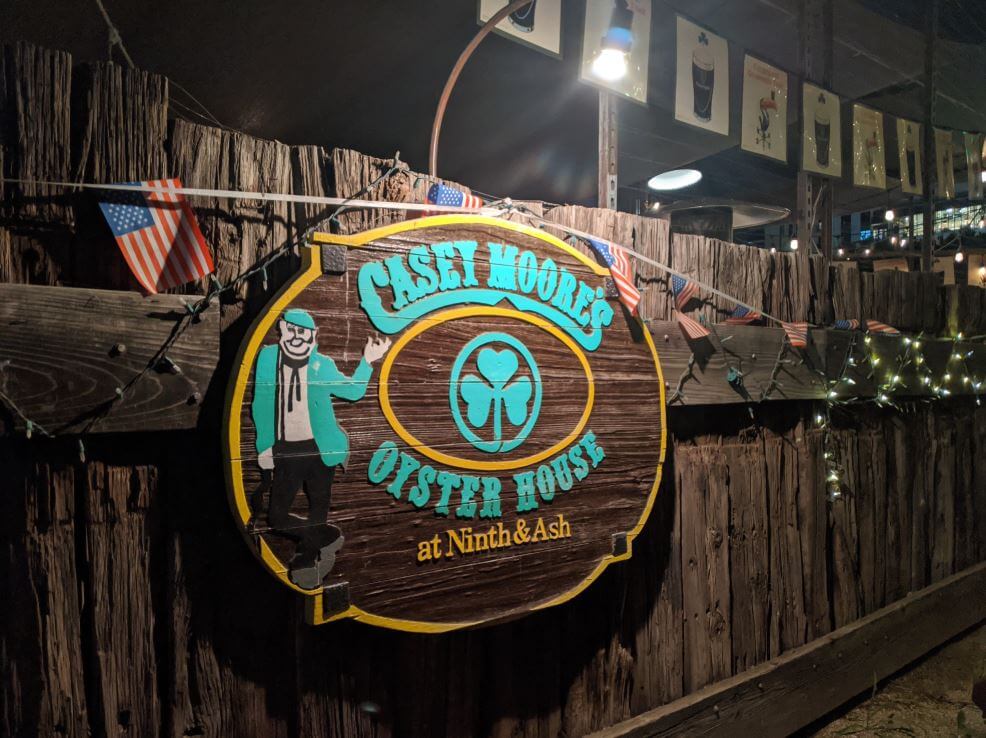 Right now, you must be curious as to why an oyster restaurant be included in this list. For all you know, this is just a good dining spot for seafood. Some visitors who dropped by here have one thing in common. They faced a crazy scary experience seeing a ghost cowboy loiter around the oyster house. Some claim they even heard laughter out of nowhere.

Aside from that, there were four different families back then who called the police during the night, to report a woman upstairs in the second floor of the Irish Pub-style restaurant. It was supposed to be empty, and the security alarm failed to detect any sign of life in the empty building. If that’s not scary enough for you, another story involves a large picture flying off a wall on its own. What’s weird is that the nail was still in place. It just seemed as if someone (or something) lifted the frame and threw it across the room. That is one angry ghost.

Today, you can visit this restaurant if you want to slurp on oysters, or try your luck in catching ghosts. If you get easily scared, just make sure you get drunk to boost your courage. 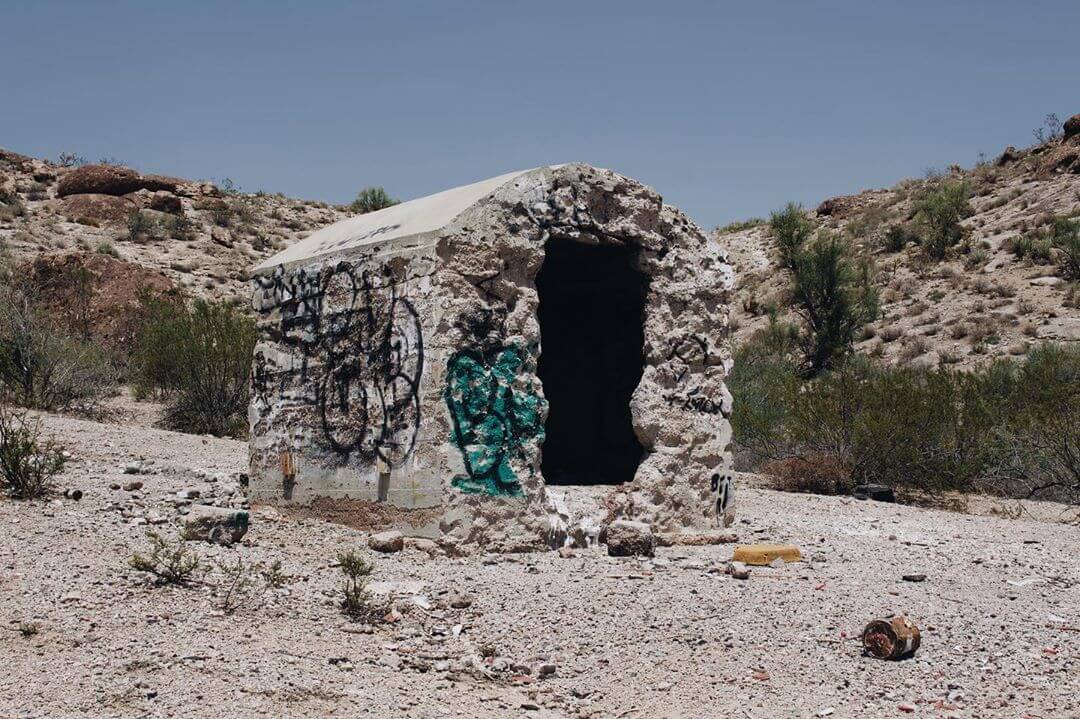 A family tragedy has led to Luana’s Canyon’s rise to fame as one of the haunted places in Arizona. Back in the day, there was a poor farmer who lived with his family here. He would go to other places to source some food, and he would regularly leave for weeks in search for anything to eat, and possibly even gold, just so he can keep his family fed and clothed. But one day, he left and never returned. The abandoned family was left with no choice. They will soon die of hunger.

What happened next is really petrifying as the wife decided to kill herself and her children. The slaughter led to the canyon being renamed to Slaughterhouse Canyon. According to the place’s visitors, every sunset is a nightmare because you would actually hear a lot of screaming. Those must be the tormented souls of the abandoned family. 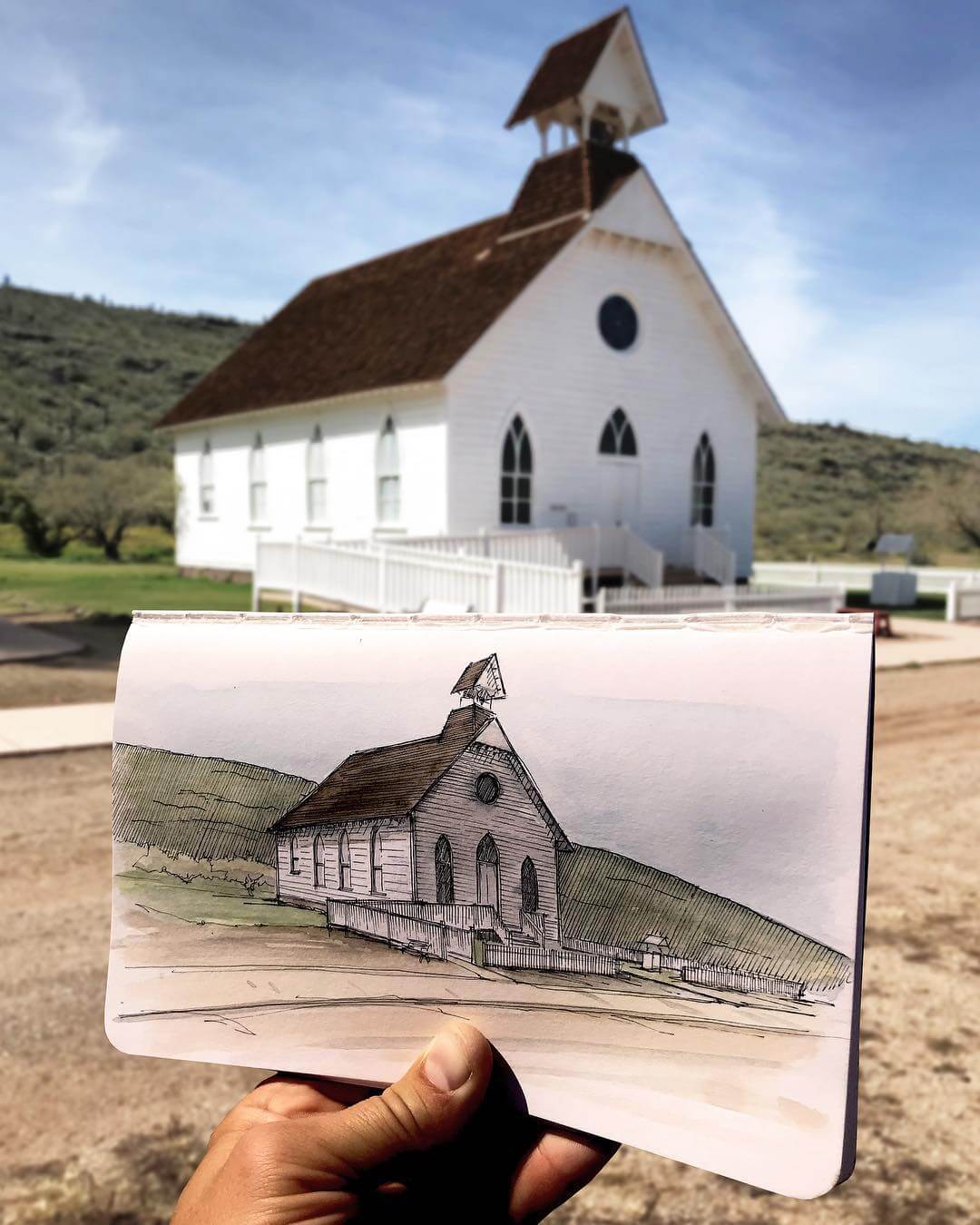 This museum is a real village preserved way back from the 19th century. When you visit, there will be a reenactment of what it feels like back in the day. But surely, not everything you hear in this place is staged. There are some creepy moments that will spook you out. Several visitors shared their experience of hearing children’s voices at the schoolhouse even if no one is around. Some claim that it gets chilly in several spots of the museum despite the heat in Arizona. 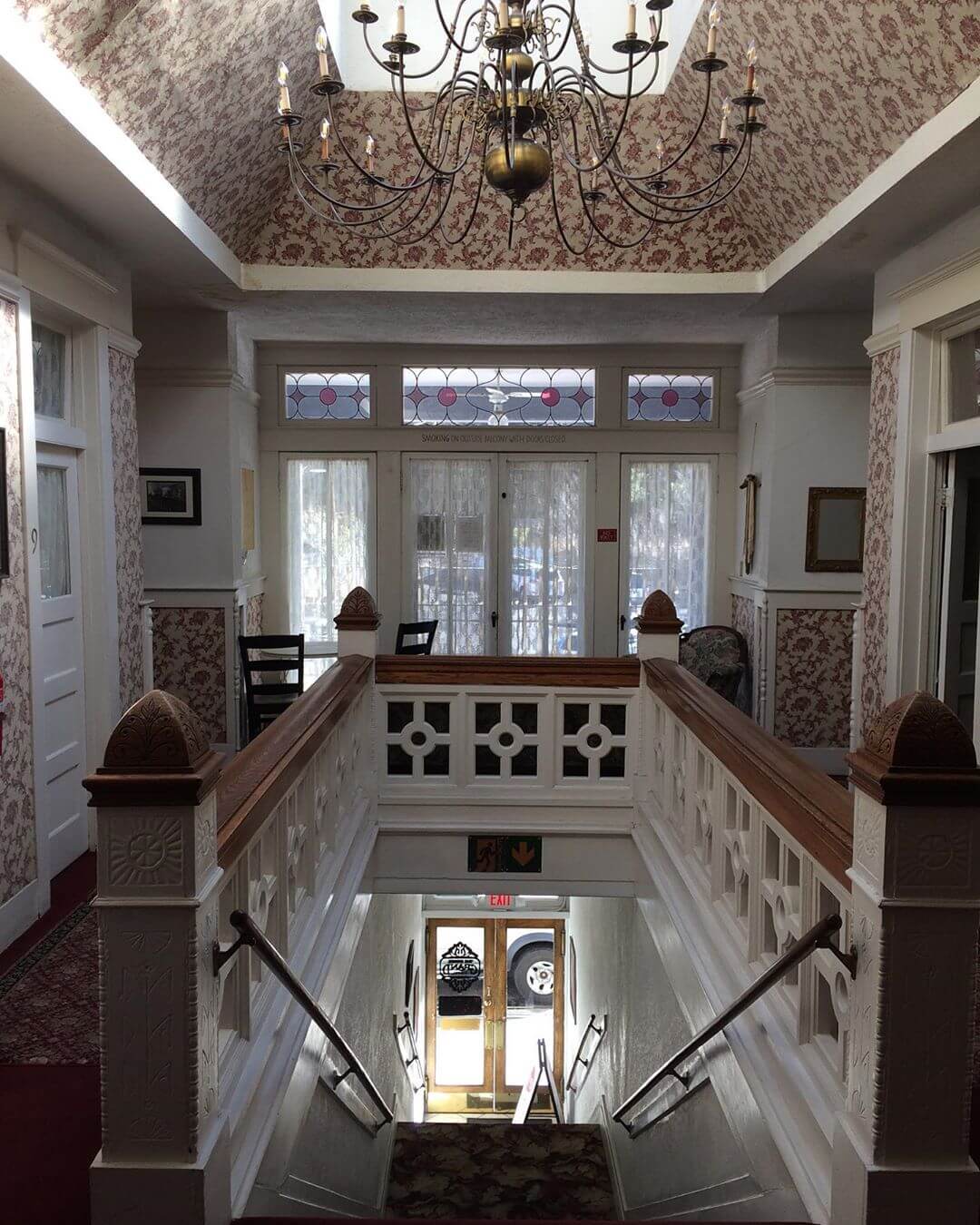 Did you know that the Bisbee Grand Hotel was destroyed by fire in 1908? The tragic incident gave birth to a lot of spirits left wandering in the rebuilt hotel up to this day. If you want to know which room numbers are the creepiest, then it would be Rooms 2 and 3 as guests have seen a woman staring at them in their sleep. Can you just imagine waking up in the middle of the night to see someone looking down at you? We would probably faint right away.

If you need to take a breather, just check out the 15 places that make Bisbee so special. 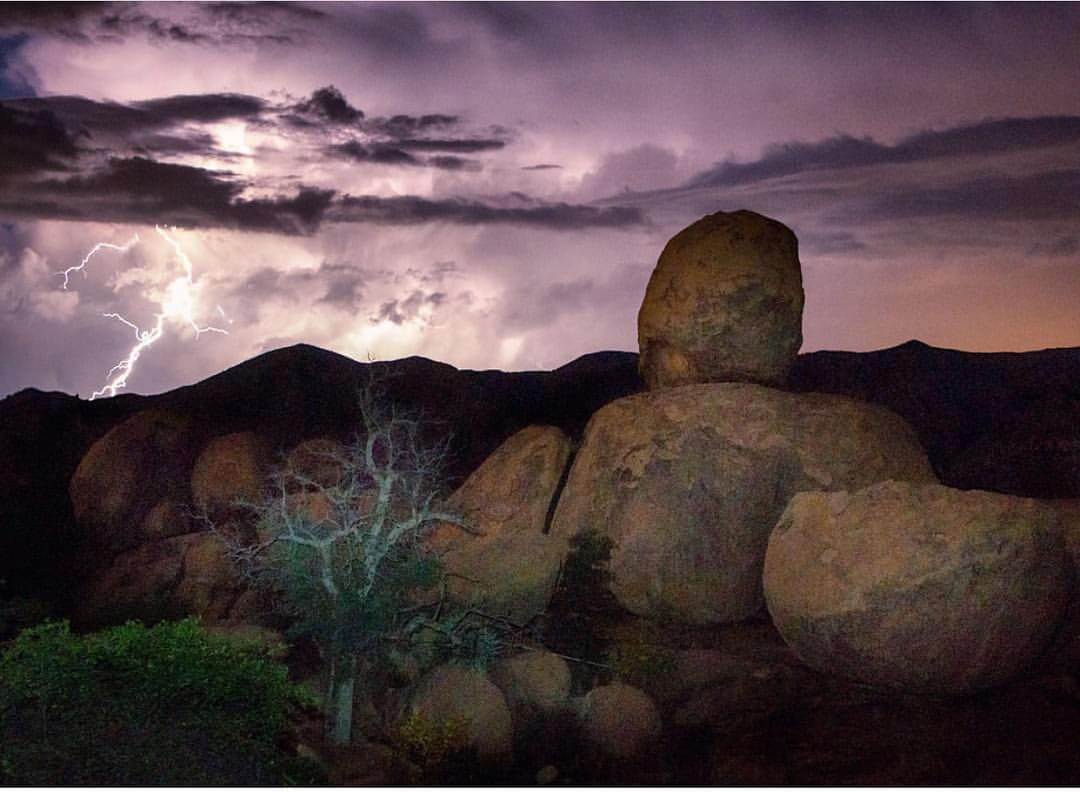 If you think the Dragoon Mountains is your typical natural wonder in Arizona, then you are mistaken. Beyond the beautiful landscapes and scenic sights are scary mysteries you might be interested in. Many people who live within the area say they have a hard time sleeping because they would hear loud train whistles. It’s ironic since there are no trains around here. It’s a relatively serene place. Well, who knows where the train will go, maybe it goes straight outside the portal of the living realm? 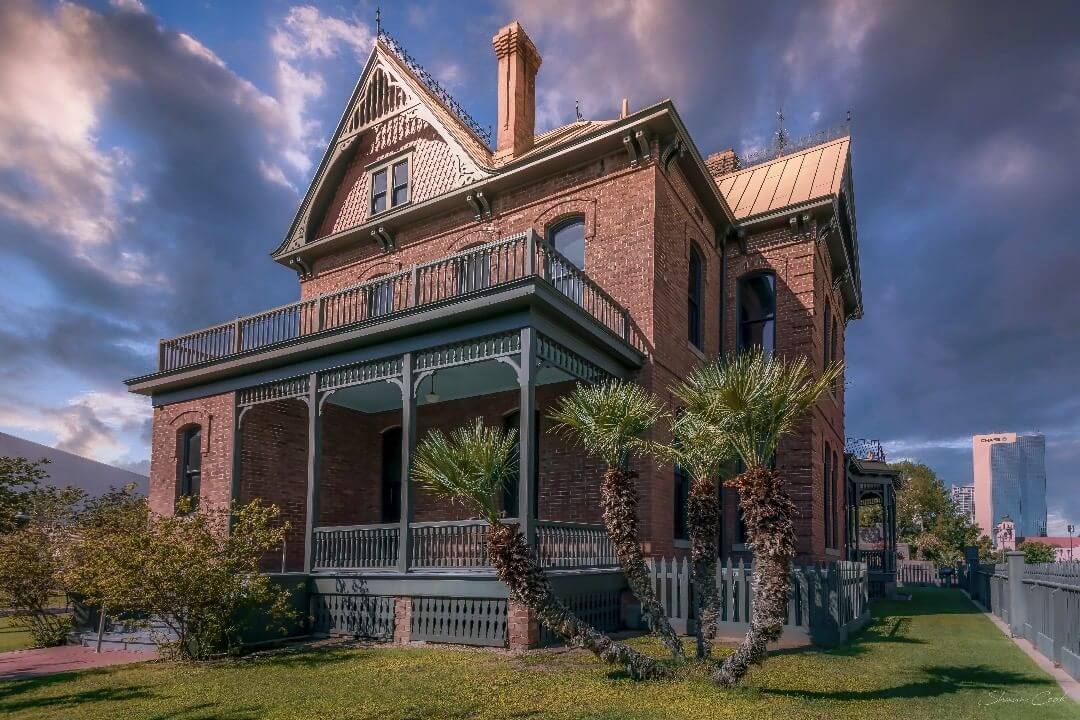 This dainty house museum has a caretaker and he’s a ghost. Don’t believe us? That’s up to you.

The Rosson House was built in the late 1800s and has been a popular tourist spot because of its Queen Anne Victorian-style historical architecture. There are daily tours to the museum that show the preserved furnishings and the old way of living.  While you may get distracted looking at the timeless pieces, you should be careful not to bump into some wandering souls.

There is a ghost caretaker that likes to pick on the staff and mysteriously lock the doors. When here, don’t let him play with you. He might get too entertained and ask you to stay… forever!

What are the other haunted places in Arizona? 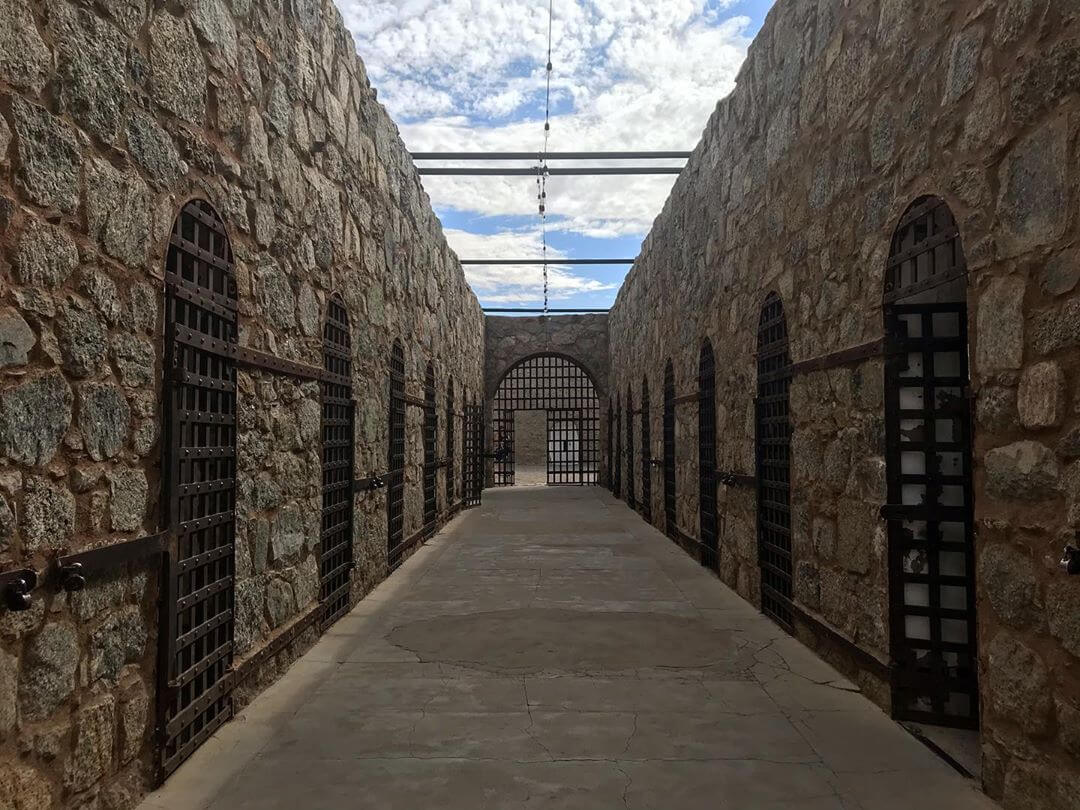 You will be surprised to hear that the most famous ghost in this place is not a prisoner, but a little girl who likes to poke visitors with her cold little hands. If you’re tough enough, you should see the Dark Cell, which surrounds the prisoner in total darkness even if you leave the door open! It’s both scary and amazing.

Come to Yuma Territorial Prison but steer clear from the ghost prisoners who are trapped here even after their lifetime. 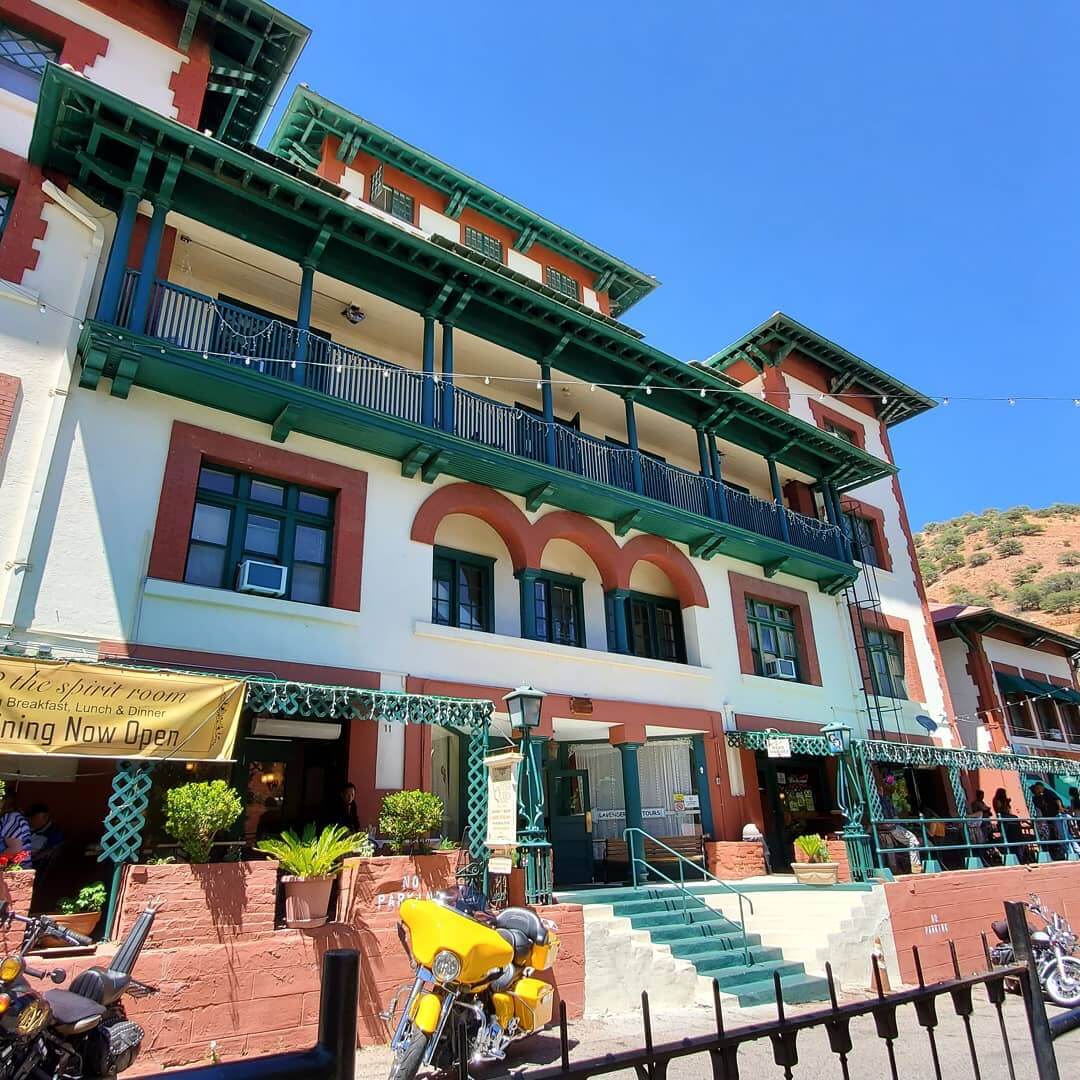 Do you like walking down the hallways when you check-in at a hotel? Well, we’re not sure if that’s the best idea in the Copper Queen Hotel. You should be careful since there might be spirits whispering in your ear! One of the most famous ghosts here is Julia Lowell who likes hanging out on the 2nd and 3rd floors. Take note of that and stay safe! 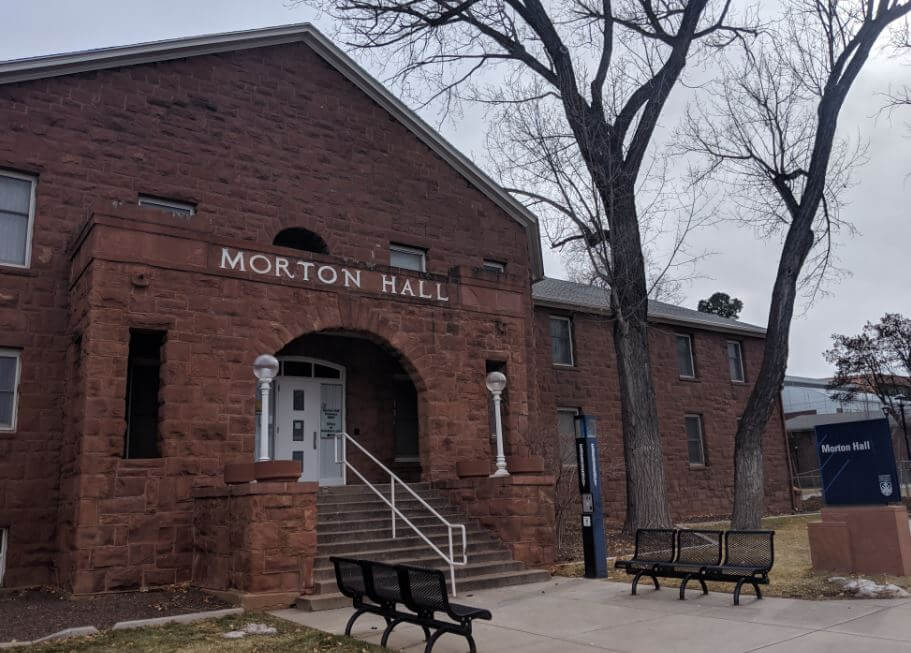 We are not done scaring you with the haunted places in Arizona! Here’s another one. The Morton Hall is a famous dormitory that houses a lot of students studying at Northern Arizona University. There are a lot of stories about a student named Kathy who is a spirit wandering in the hallways. According to some accounts, Kathy was a 19-year-old girl who lived in room 200A. She was spending winter break in the dorm alone when she received some disturbing news – her lover died in battle during World War II. This really made Kathy depressed so she committed suicide by hanging herself in a janitor’s closet.

The haunted story can really bother you, but a lot of students still live here. We can only guess that the students aren’t scared anymore because their struggles at the university are nothing compared to this! 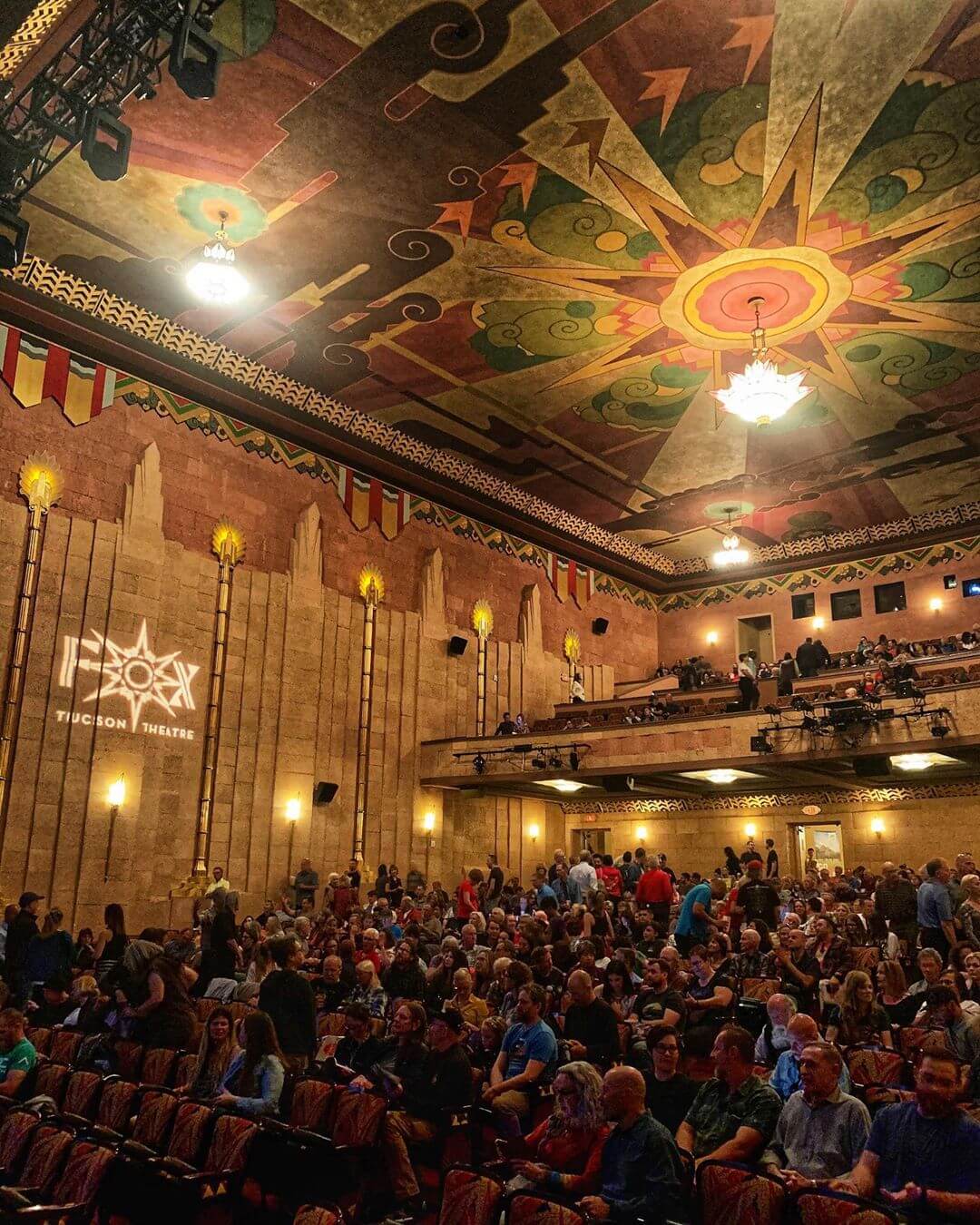 Theatre play malfunctions are surely inevitable, but what would you feel if it was caused by a spirit? If that were us, we’d be out in no time!

According to the owner and founder of the Tucson Ghost Company, Becky McKiddy-Gydesen, there is even a spirit in the Fox Tucson Theatre who likes posing as a beggar. That ghost would really interact with the passersby and ask for spare change. When some people gave him money, it would just fall through his hands and he would magically disappear.

Still, don’t let the friendly ghost stop you from enjoying the spectrum of events and concerts from jazz, to world music, to dance, rock, classic, and more! 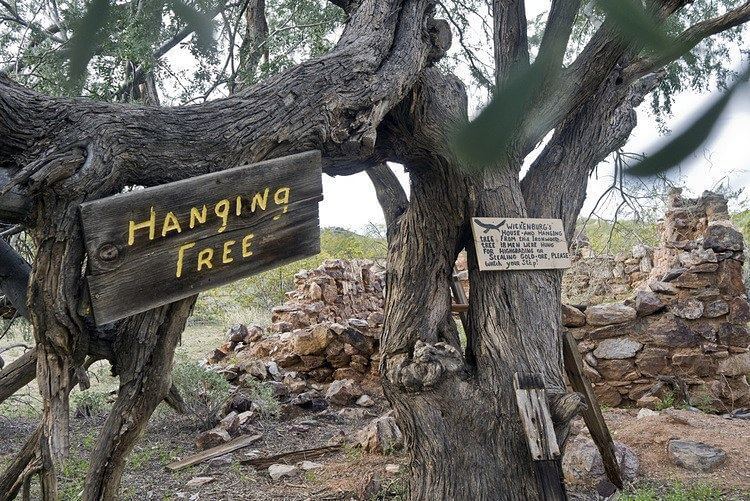 Back in the days, Wickenburg was a vigilante town. There was no lawman for years and concerned individuals pretty much had to take matters into their own hands. You will find two hanging trees used to “discipline” certain baddies. There is one in town, while the other was out by the mine. Doesn’t it remind you of the Jail Tree? Well, let’s just say the events that took place here were pretty gruesome. Thieves, rapists, and murderers ran rampant, and they were hung almost immediately when caught.

Other vigilantes would also put a condemned man on a rock or a mule and kick them out from under him. People would only have minutes or hours to die. At present, visitors would tell that they would hear words like “Get out!” 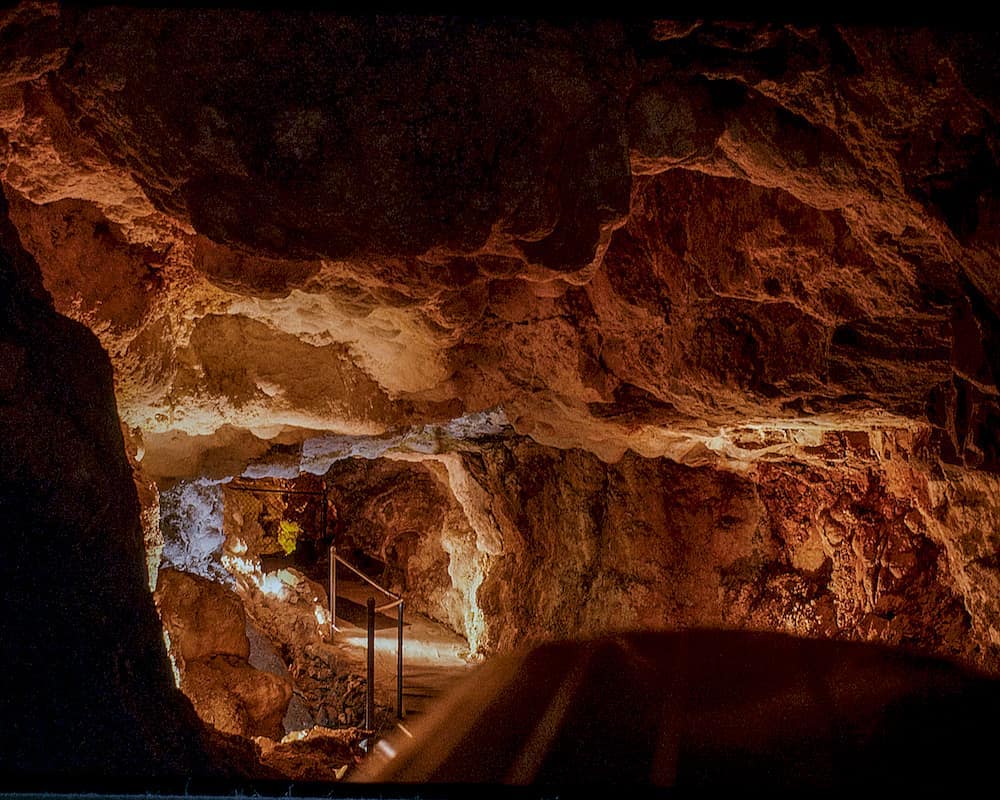 Wait, what? Is this place really one of the haunted places in Arizona? Take our advice. Come prepared if you plan to book a night in this underground hotel. To reach the hotel, you’d need to ride an elevator going more than 200 feet below. Some claim that there is a spirit who likes opening the elevators for no reason at all. Is that some make-up story to draw more tourists or a true moment you wouldn’t dream of experiencing? Either way, that ghost sure knows hospitality!

Are you brave enough to visit these places? Well then, which among these haunted places in Arizona would you rather go to first?

If you like visiting scary places, then you should check out the haunted cave believed to be the site of the gruesome massacre of the Apache by the Navajo.

There Is a Small, Rustic A-Frame Cabin That Is the Perfect Starting Point for Arizona Adventures