Arizona is a state full of beautiful parks suited for all walks of life. If you have kids, then you must be thinking, “Where should I take them?” Lucky for you, that is a question we have a definite answer to! If you want to enjoy a fun-filled day with your family without breaking the bank, we highly suggest you visit the Railroad Park in Scottsdale, Arizona.

A Brief Background About The Railroad Park 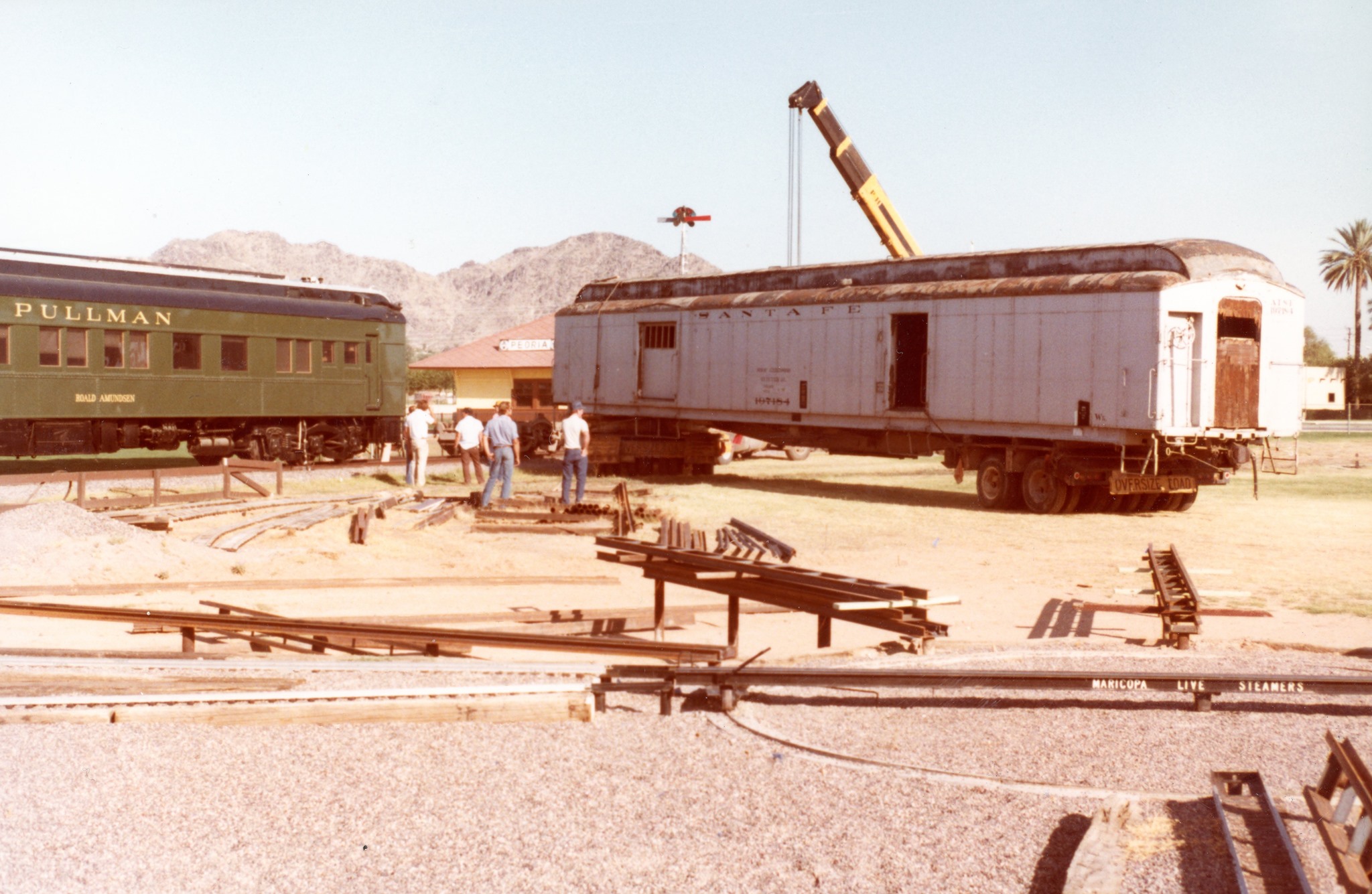 Fowler McCormicks, the grandson of John D. Rockefeller, gave 100 acres of land to Scottsdale in 1967. This is so the city can have a park for everyone to enjoy. He fully believed that making Scottsdale a beautiful place to live for the succeeding generations is worth it. Originally, the Railroad Park was supposed to sit on a 50 acre-space on the west side of Scottsdale Road. However, there were many complaints coming from Paradise Valley, so the officials thought it was best to move it across the street, but still wholly within Scottsdale’s limits. From 50 acres, the land size was cut down to 30 acres.

In 1971, Guy Stillman installed a railroad replica and chartered the Scottsdale Railroad & Mechanical Society. Establishing a Railroad Park on the donated land was part of the agreement with the city of Scottsdale. The society was also in charge of providing technical expertise to the McCormick Railroad Park. Later that year, Stillman moved his steam locomotives to the park, particularly two narrow gauge 5/12 scale locomotives. If you visit, you will find that there are railways, trestles, tunnel, water tanks, turntable, crossing signal, trainshed, and cabooses. There is even a coach and a trolley car. Originally, it was named “Paradise & Pacific Railroad”.

Today, the park is now known as the McCormick-Stillman Railroad Park covering 30 acres at the center of Scottsdale. The park also takes pride in its Charro Carousel which was created in 1950 by the Allan Herschell Company. Lastly, they have the statue of The Family Circus newspaper comic creator, Bil Keane, in the park.

Fun fact: Did you know that The Railroad Park is awarded the National Champion Best Park in 2019 El Knope Award? 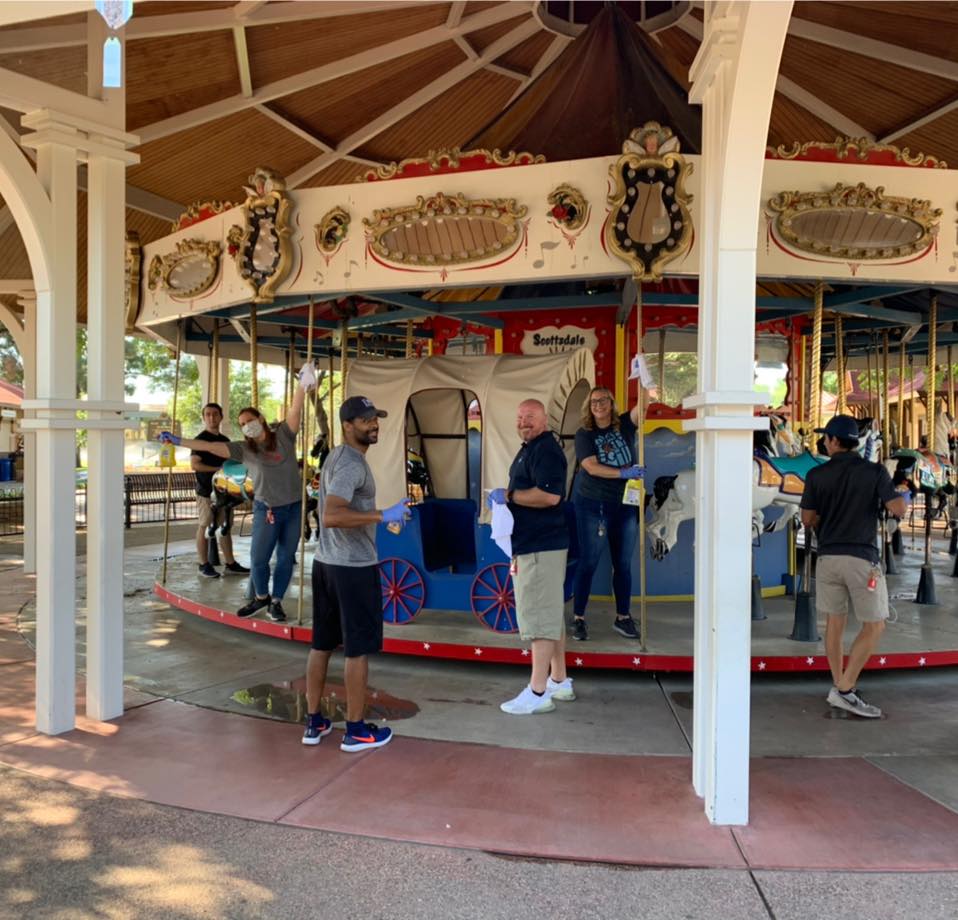 There is more to Railroad Park than meets the eye. You will have fun riding vintage trains and playing in the merry-go-round. You can also tire your children out by letting them run and play all they want in the playgrounds. We can just imagine them having so much fun exploring the different features of the playground such as climbing ladders and towers, and the slides. 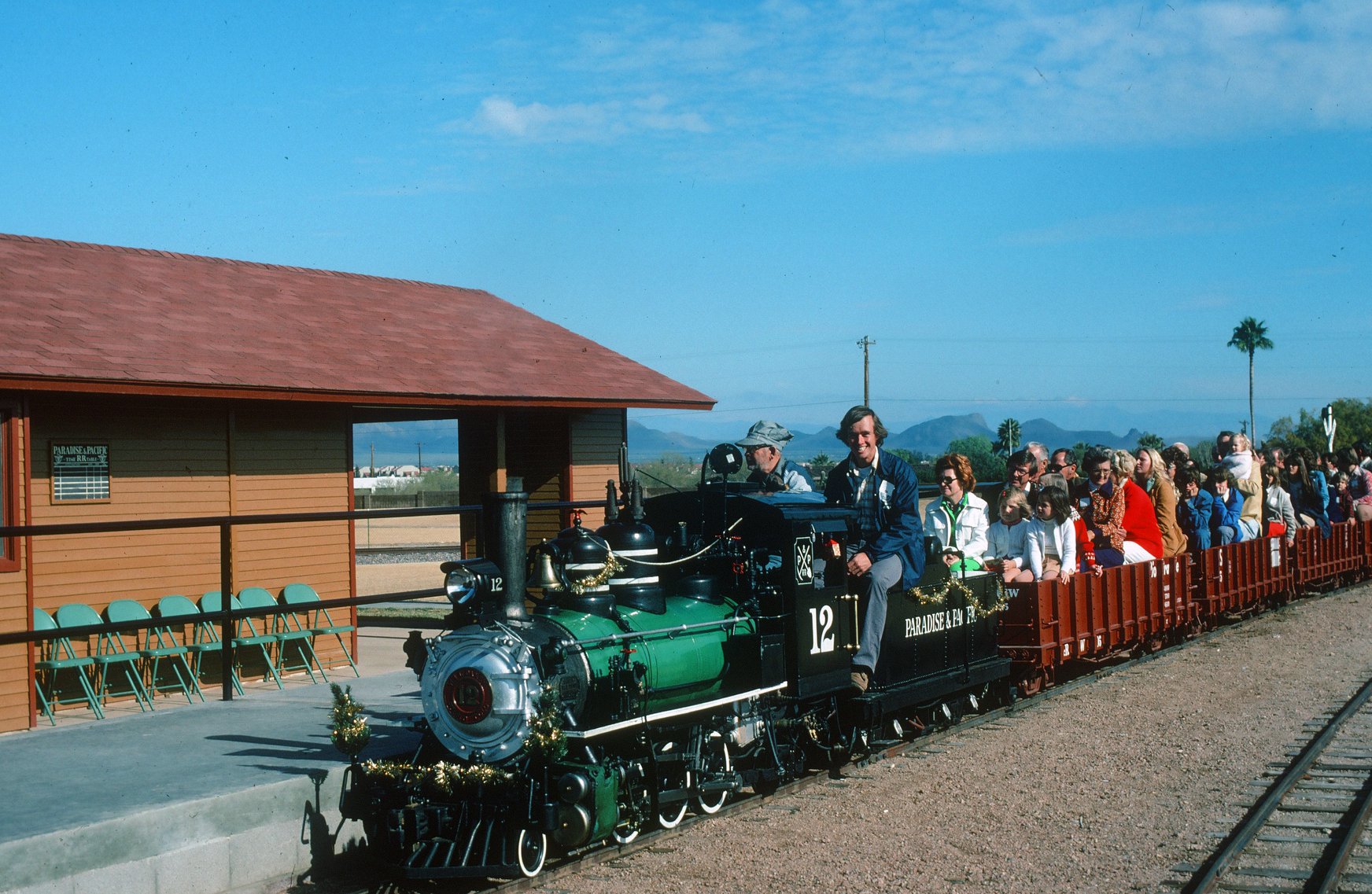 Make their imagination run wild and have them play a cool scenario aboard the mini trains in the playground. The playground is divided into different age categories. There are designated play areas for those aged 2-5 years old and 5-12 years old. You also don’t have to worry during the summer season because the playground is shaded. If you are thinking about Arizona heat, you can put your worries to ease because your children will be protected from direct sunlight.

Get a Glimpse of These Famed Locomotives 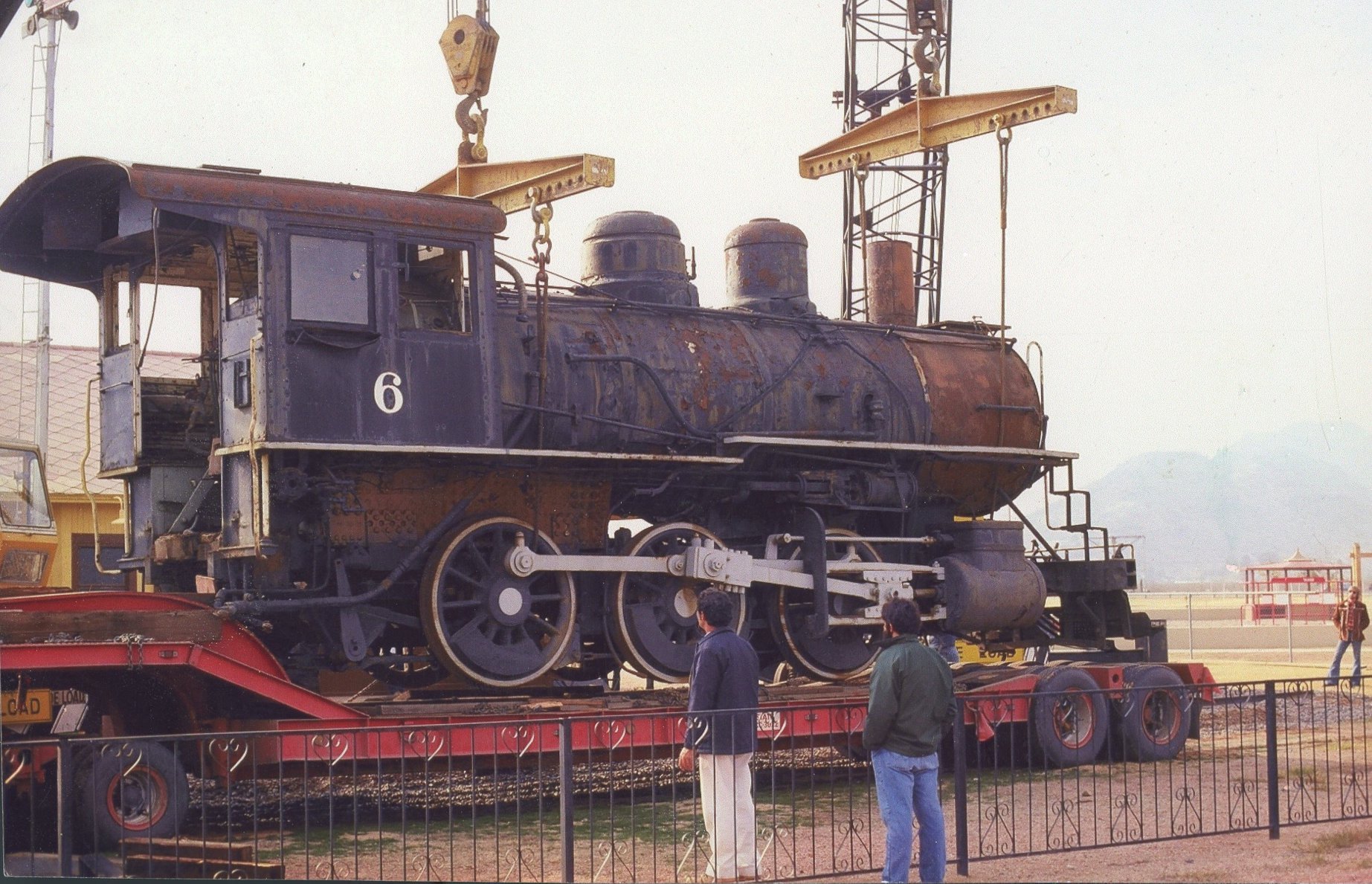 One of the most talked-about attractions of the park is the Scottsdale Railroad Museum. You can see collections of railroad memorabilia and also learn about its history. If you love trains as much as Sheldon Cooper does, you would definitely think this should be your first stop.

The Magma Arizona Railroad Engine No. 6 was built in October 1907 by the Baldwin Locomotive Works. The engine served the mining railroads of Arizona for 54 years before being retired in January 1960. After more than 15 years, it was purchased by the Scottsdale Railroad and Mechanical Society. Today, it stands as the only Arizona & New Mexico engine remaining in Arizona.

If you are familiar with the Pullman Company, you would have an idea that this is one of the last cars they built. The Roald Amundsen Pullman Car is used by every president from Herbert Hoover through Dwight Eisenhower. In fact, this one is not just monumental in the train world, but in history as well. It was on this car in 1940 that President Franklin Roosevelt and Canadian Prime Minister W. L. McKenzie King signed NORAD. NORAD is the agreement that provided for the joint defense of North America. This car is on the National Historic Register.

What Else is There to Love About the Railroad Park? 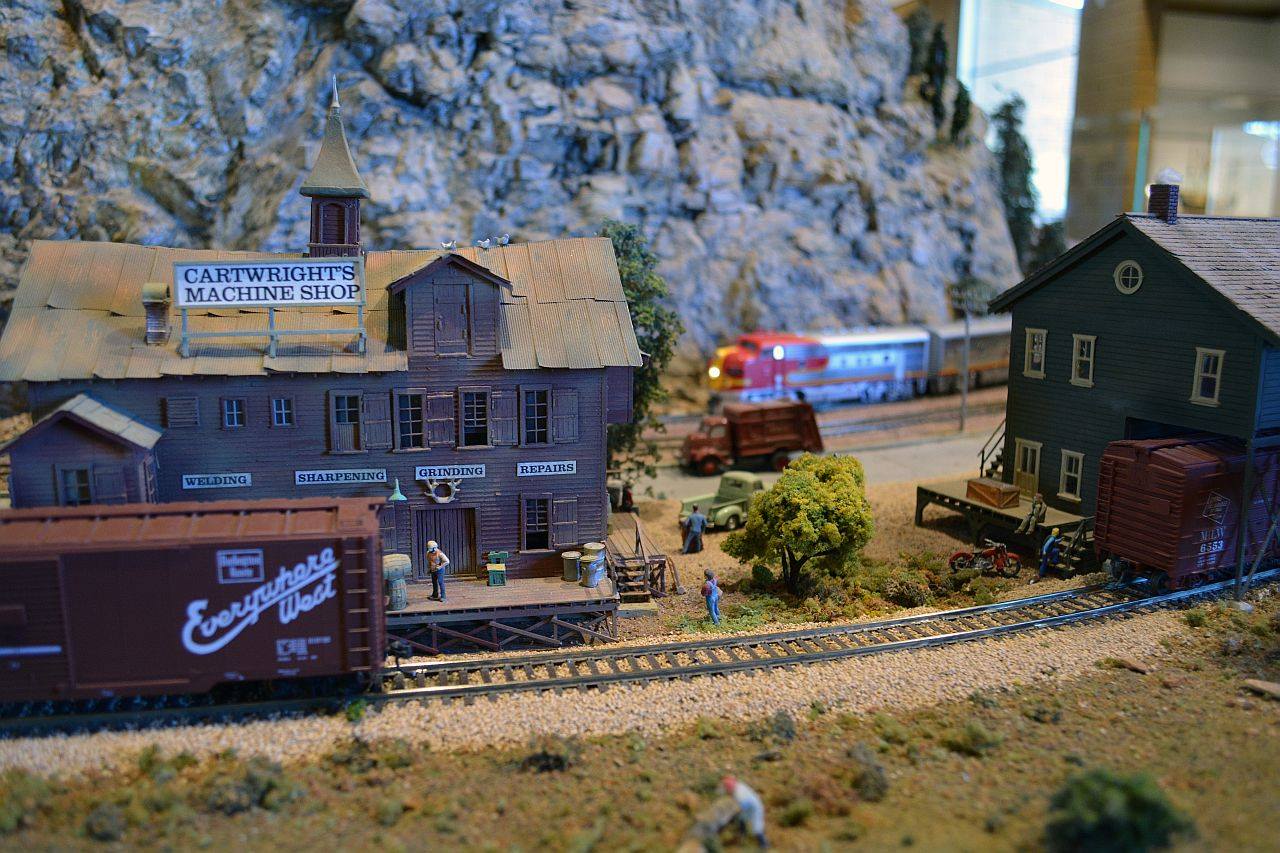 Railroad Park also has a new attraction, the Model Railroads area, where children can learn about and be amused by the miniature models! Even adults who are coming here can’t deny their interest in the 10,000-square foot model railroad building with four model railroad clubs. Despite the size of this building, you will find super tiny train exhibits that only need to occupy less than 50 square feet!

Be warned. There are aesthetically expressive layouts everywhere you look!

There are also events being held at the park like the Summer Concert Series. However, due to COVID-19, this is postponed until further notice. Let’s just hope you can look forward to the concert in the years to come!

You Can Save More by Getting a Membership 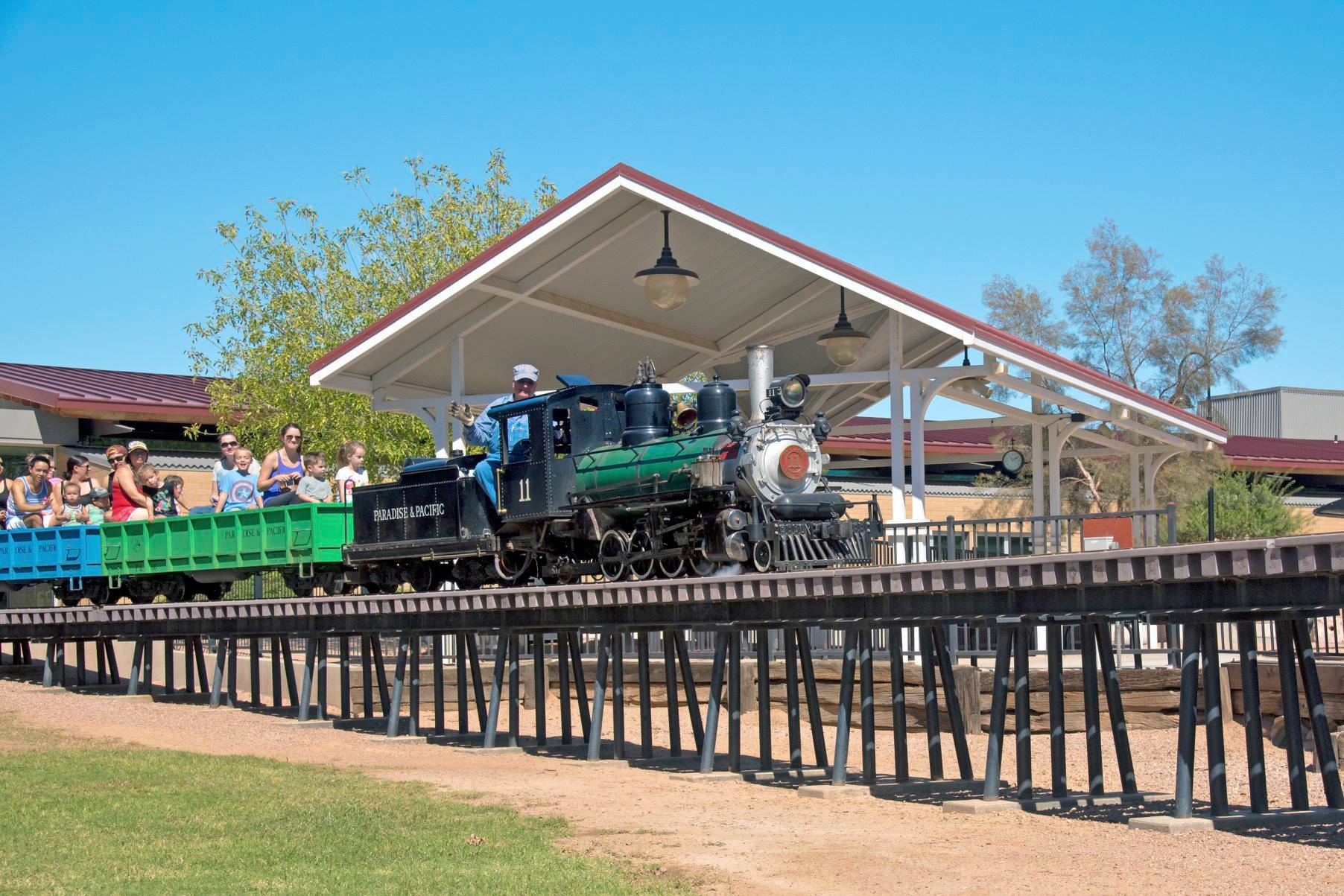 Admission is free but it will cost you $3 to ride a carousel or a train. Even though this is relatively cheap already, you can save more by joining the Scottsdale Railroad and Mechanical Society. By joining, you get to have a 1-year pass for the rides as well as admission for the Scottsdale Road Museum. The membership is also a good idea if you love coming to events. You will be invited almost instantly and won’t miss out on the current happenings. This is a sweet deal!

Membership costs $95 and you just need to add $40 if you want to add another family member. What a steal, huh? Imagine how big the savings will be if you get that membership for you and your partner. We just have a feeling you’ll be coming back with the whole family for the months to come.

The Place Is ‘Back on Track’ 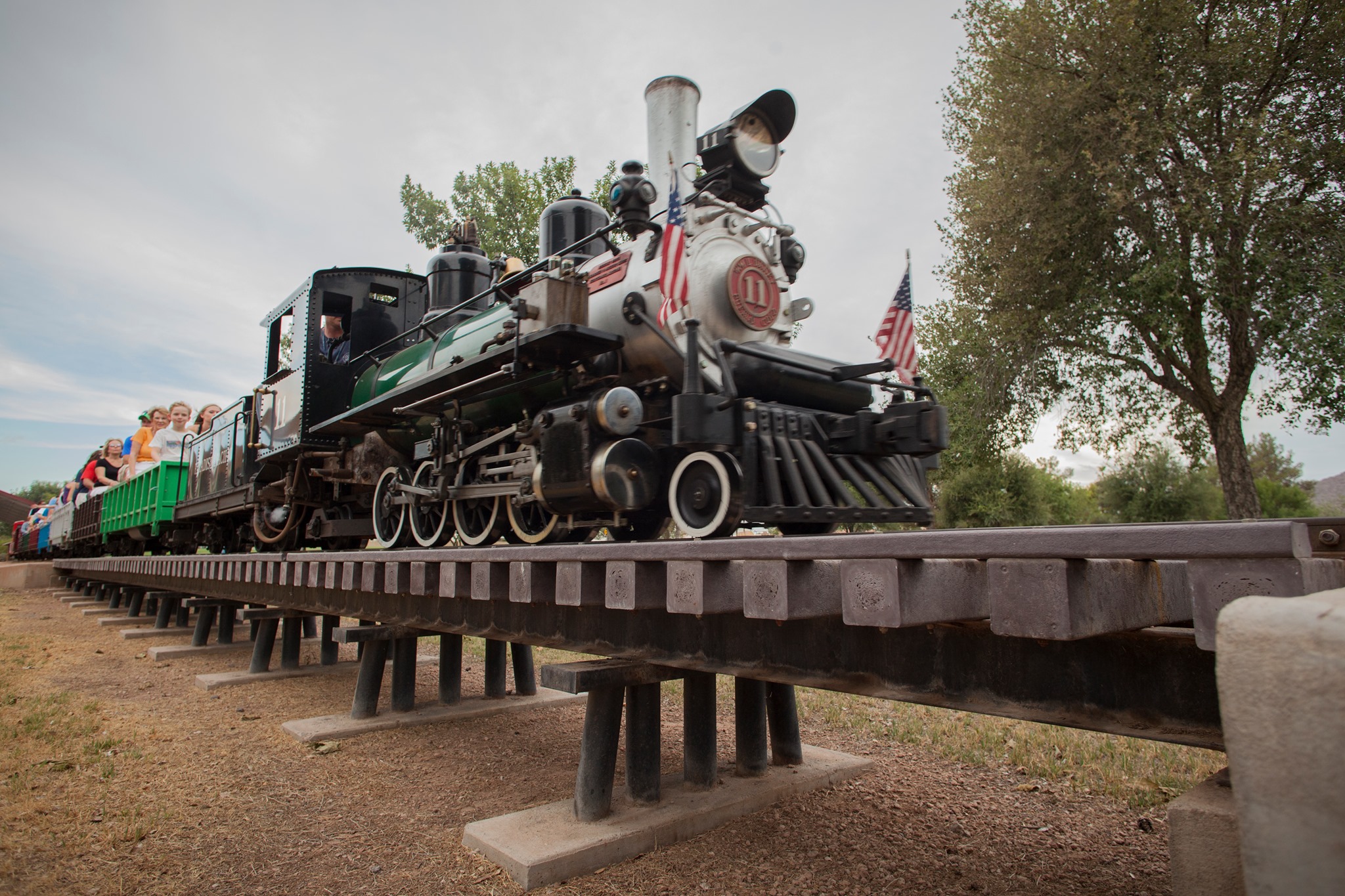 You can now visit The Rail Road Park in Scottsdale Arizona. However, the management wants to remind all visitors to always maintain proper social distancing and observe safety rules. Even though some parts of the park have been re-opened, there are still areas that are closed like the Scottsdale Railroad Museum and Model Railroad Building. Please be responsible when visiting the place, follow their rules, use disinfectants, and don’t forget to wash your hands.

If you want another fun train ride, you should check out the Grand Canyon Train.

This 5.8-Mile Hike Leads to the Most Insane Crystal Blue Waters in All of Arizona

There’s Still Time to See the NEOWISE Comet Soar Through The Arizona Skies This Month, Here’s How