Now here is something that looks straight out of a science fiction movie revolving around aliens! Very Large Array is a facility in the New Mexico desert recognized as one of the world’s premier astronomical radio observatories. Forget about the usual museum tours or a trip to the abandoned ghost towns. This one takes the cake!

Here are 15 facts about Very Large Array that will amaze you: 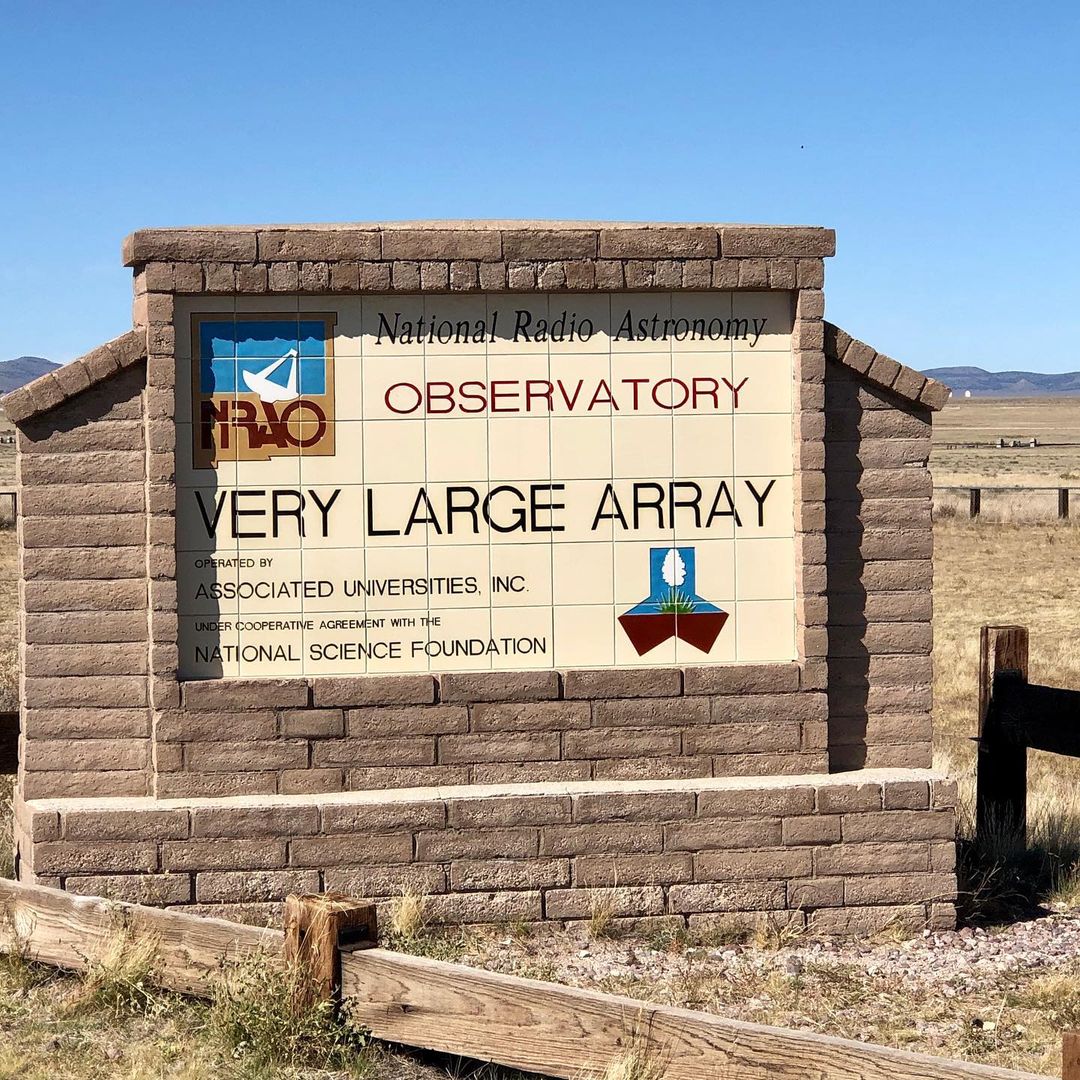 The VLA is one of the world’s premier astronomical radio observatories. It consists of 27 radio antennas in a Y-shaped configuration. Many astronomers from around the world use this for atmospheric or weather studies, satellite tracking, and other miscellaneous science.

2. You’ve probably seen this before on the big screen

Are you asking yourself why this place looks so familiar? Don’t be surprised. The Karl G. Jansky Very Large Array, located on the Plains of San Agustin, fifty miles west of Socorro, already appeared in many Hollywood films. If you’ve seen 2010, or the follow-on to the famous 2001: A Space Odyssey, then you will recognize this. The film focused on the joint U.S.-Soviet expedition sent to Jupiter to learn what happened to the Discovery, and H.A.L. There is at least one location shooting at the Very Large Array.

Aside from that film, this place also appeared in Terminator Salvation, and Contact.

We are not even surprised why this has become such a popular backdrop.

3. It is an interferometer

This means that it operates by multiplying the data from each pair of telescopes together to form interference patterns. The structure of these patterns, as well as the changes with time as the earth rotates, reflect the structure of radio sources in the sky. Then, these patterns are gathered and transformed to make maps using a mathematical technique called the Fourier.

4. There is an important idea behind the design of Very Large Array 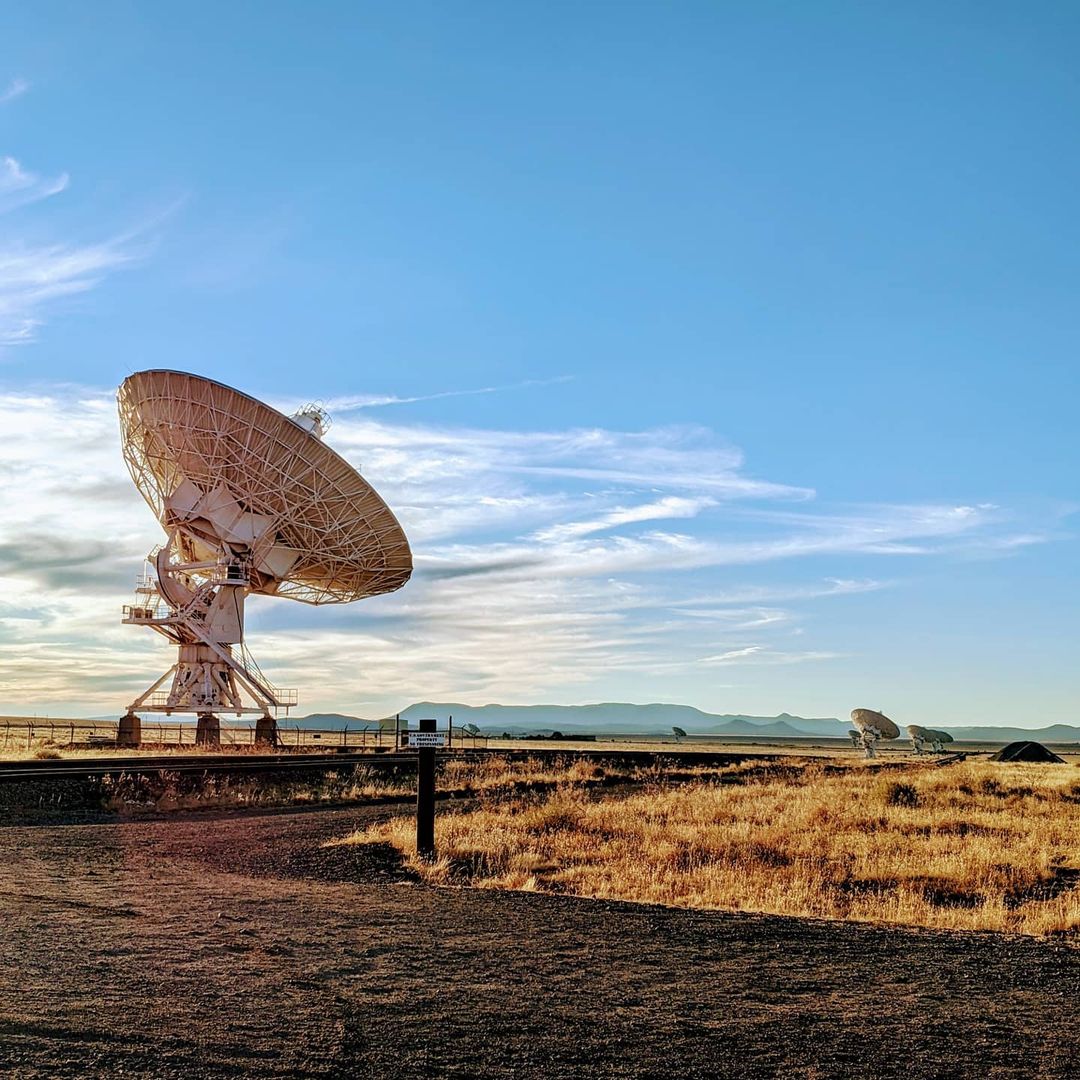 Very Large Array has 28 antennas, and each one, including its spare antenna, is an 82-foot dish with 8 receivers tucked inside. That’s huge, huh? The dish moves on an altitude-azimuth mount. If you are confused, then think of a classic tripod mount that tilts up and down and spins around!

5. This is also the most widely-used radio telescope in the world

We already told you that VLA is one of the world’s premier astronomical radio observatories. Understandably, it is also a widely-used radio telescope. It can map large-scale structures of gas and molecular clouds. Aside from that, the telescope is also used to pinpoint ejections of plasma from supermassive black holes.

6. Very Large Array helped a lot of astronomers even before its formal dedication in 1980

This invaluable research tool has been helping more than 5,000 astronomers from around the world even before its formal dedication. In fact, it was used for more than 14,000 different observing projects.

You can pretty much say that VLA has made a great impact on nearly every branch of astronomy. The results of the research can be found in the pages of scientific journals and textbooks. Records show that more than 500 Ph.D. degrees have been awarded on the basis of research done with the VLA. Impressive!

7. The New Mexico desert is the perfect location 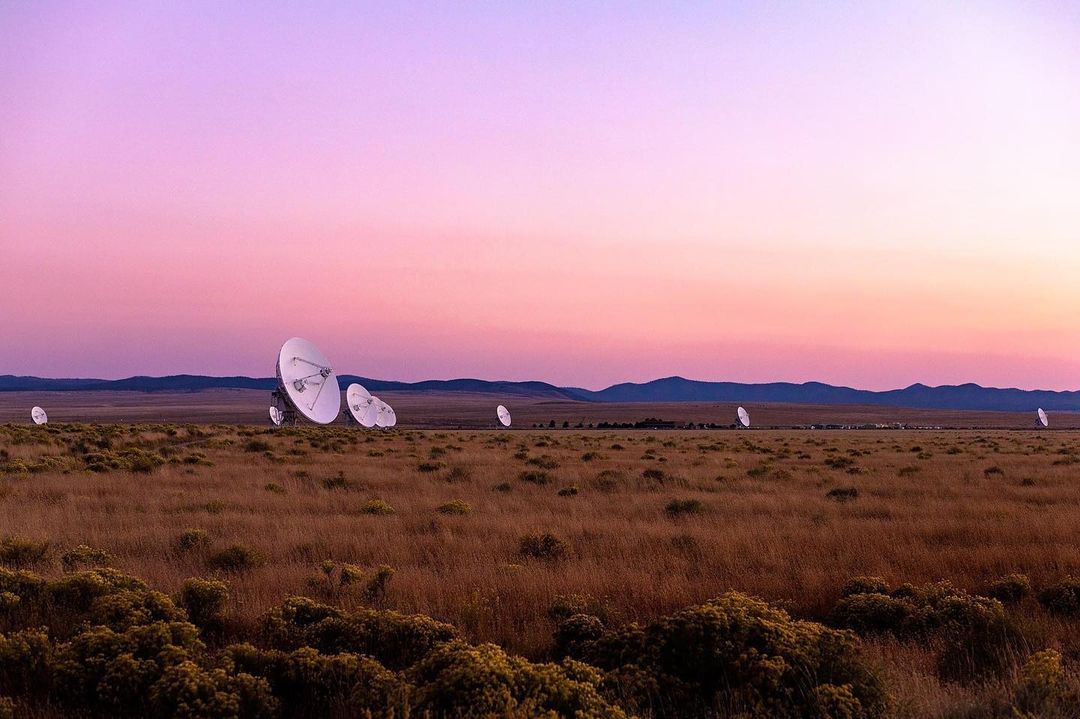 VLA’s current location, the Plains of San Agustin in New Mexico, northwest of Socorro, is a flat stretch of desert. It is far from major cities, and the Plains are ringed by mountains. The mountains serve as the natural fortress of rock that keeps out much of the radio interference from cities even hundreds of miles away.

In addition to that, the location’s climate is also ideal. Humidity becomes a problem in radio astronomy because water molecules disrupt the radio waves passing through them. The molecules have their own radio waves that interfere with some observations at certain frequencies.

Given that, radio telescopes need to be in deserts to remove or at least reduce the background signal from Earth-based water molecules. 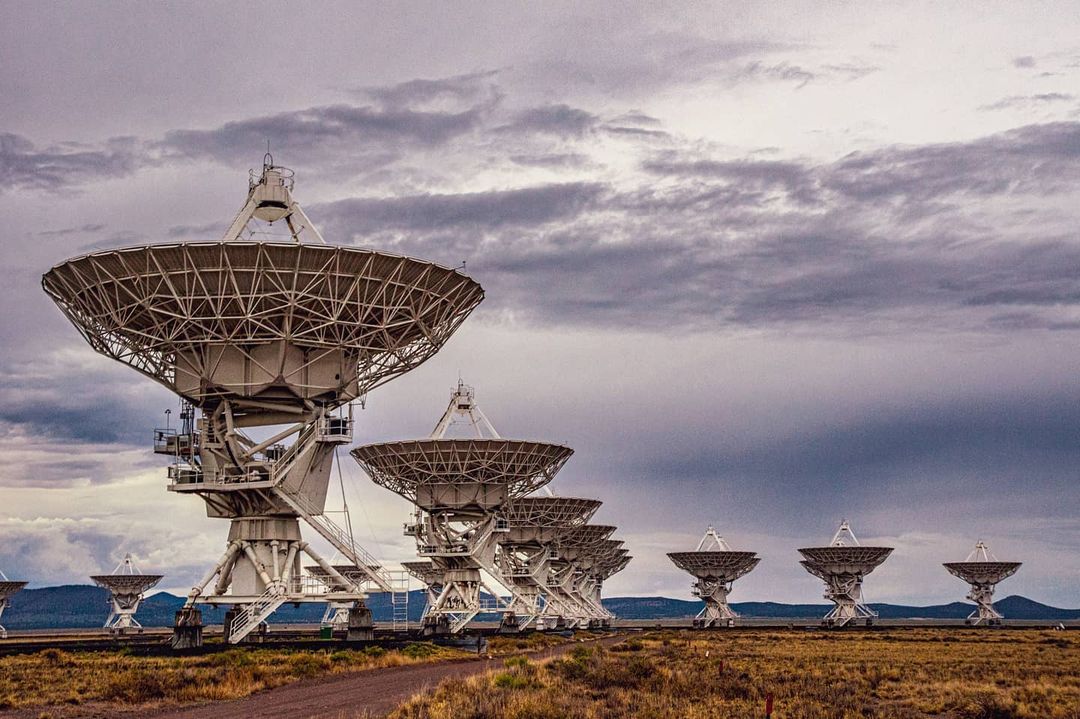 Did you know that the wider an array is, the bigger its eye is, and the more detail it can see out in space? The iconic “Y” shape is not just for aesthetics! It serves a good function. It also gives three nice long arms of nine telescopes each, for the flexibility of stretching the arms when the astronomers need to zoom in for more detail.

9. Sometimes, these telescopes are put on rails

Using a specially-designed rail truck called a Transporter, the telescopes are put on rails four times a year. The truck picks up and hauls the telescopes one at a time farther down their track. Over the course of the year, you’ll find that the VLA has lengthened each of its legs from two-thirds of a mile to 23 miles long.

10. This place is just a two-hour drive from Albuquerque

Very Large Array is located on the Plains of San Agustin, fifty miles west of Socorro. Here are the directions on how to get here:

Driving east from the Arizona border on US-60:

Just remember that all roads that lead to VLA are paved. If you happen to be on a dirt road, go back immediately. That means you are not on the correct route.

You will be able to get a glimpse of the VLA from US-60. But if you want a better view and if you want to get the perspective of the scale of this facility, head straight to the VLA Visitor Center. It is worth it!

If you visit the Very Large Array, you can freely explore the exhibits and gain knowledge about radio astronomy. There are also several short videos that explain more about what happens at the VLA and how it works. Not to mention, the 23-minute documentary that was produced in 2013 and narrated by Jodie Foster, is a hit among visitors! It covers the overview of radio astronomy, interferometry, and the VLA itself.

13. You can take advantage of the free tours

Here’s a fun fact: the first Saturday tours in April and October are the facility’s free open house events. The guided tours begin at 11:00 am, with the last tour beginning at 5:00 pm. Open House events are always free. Additionally, the NRAO staff host this so you can surely get the most out of it. The one-hour activity guides visitors through the VLA Operations.

Feel free to ask the staff about the fantastic discoveries of the VLA as well. 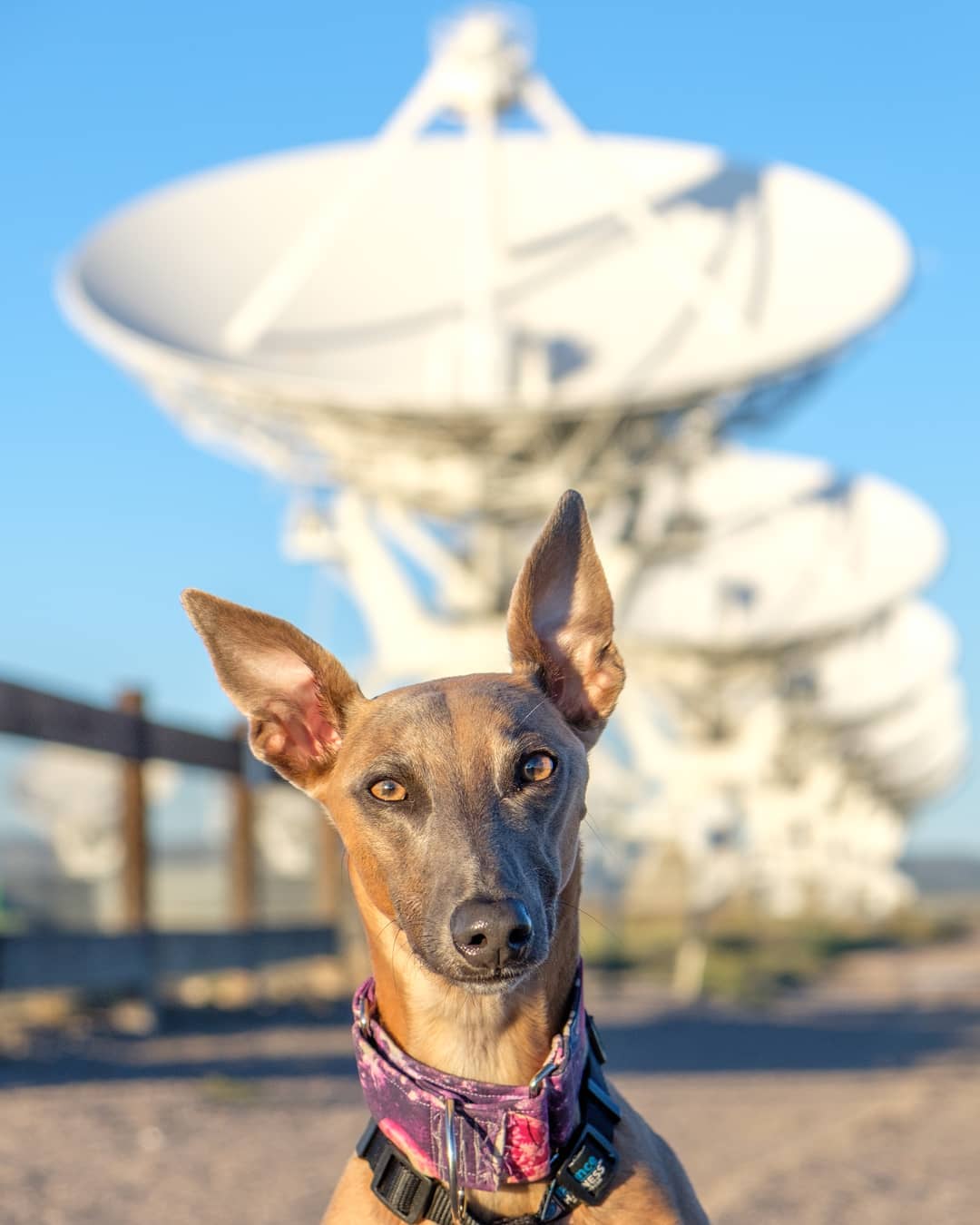 According to the website, pets are welcome in all public areas of the Visitor Center and walking tour. Similarly, service dogs are allowed, but please notify the staff in advance that you are bringing them with you. You can also already disclose what work or task the dog has been trained to perform. This is o they can accommodate both of you better.

15. The total cost of this project might surprise you

The VLA total cost amounted to $78,578,000 (in 1972 dollars), which translates to roughly 1 per taxpayer at the time. It was completed nearly one year early, and also within its allotted budget!

Have you seen the impressive Very Large Array in person? Share your story in the comments section below.

Before you go, check out our other New Mexico articles guaranteed to make you fall in love with the state more: Visit This Paradise in New Mexico to Get Views of Boundless Mountains and Gorgeous Open Meadows and This New Mexico Destination Probably Looks ‘Homey’ for Aliens Because of Its Out-of-This-World Landscape.