Some people think New Mexico’s wonders only appear in the mountains or far away from the city. But if you love looking at tall skyscrapers, the city just might serve as your sanctuary. It doesn’t matter whether you are studying different designs or feeding your architectural curiosity. Here are some of the tallest buildings in Albuquerque that are worth checking out.

8 of the tallest buildings in Albuquerque in order: 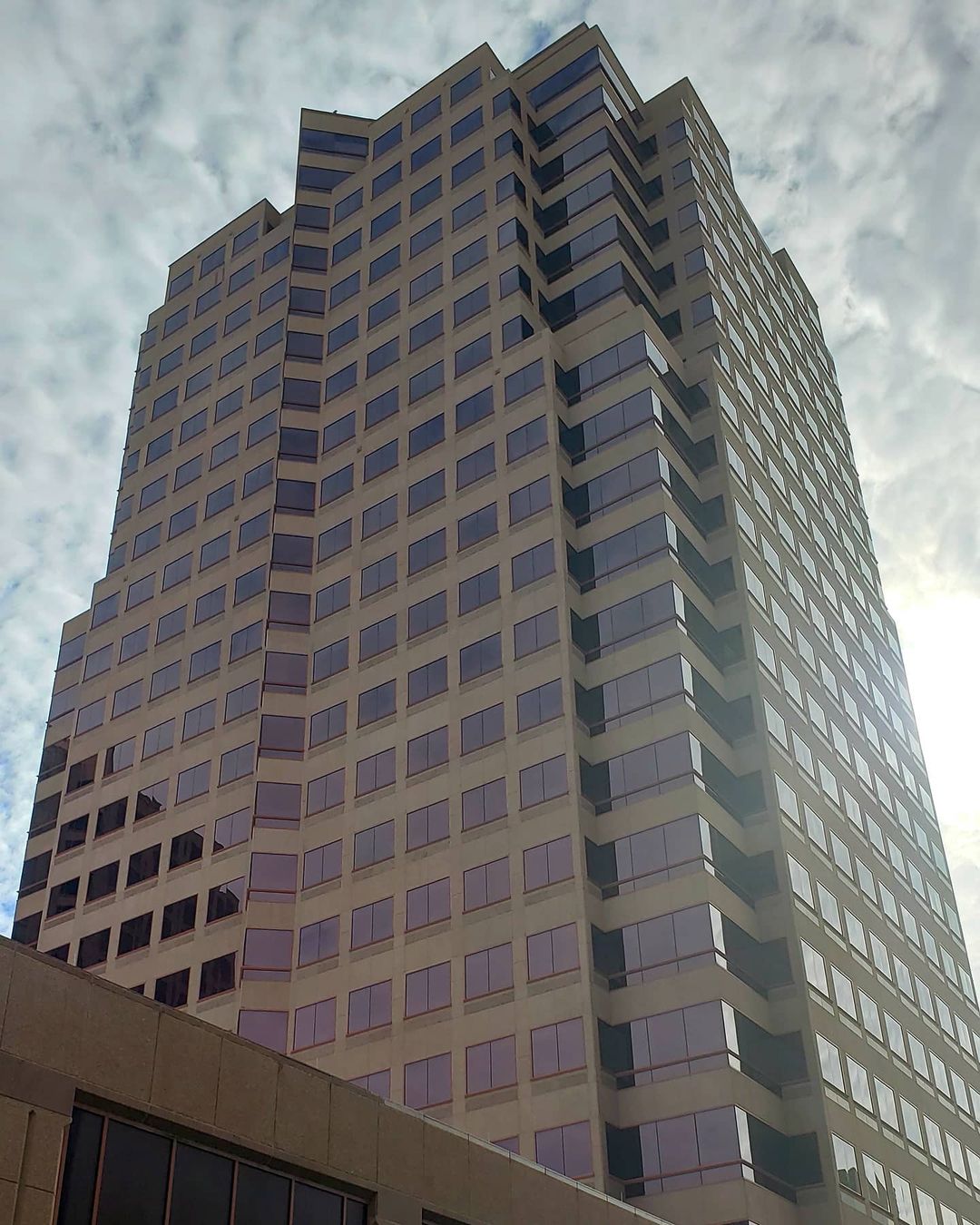 It stands beside Hyatt Regency Albuquerque and shares an almost similar height, color, and pyramidal roofs. No doubt, these two have already become the focal point of the Albuquerque skyline. You will find Albuquerque Plaza on the south side of Civic Plaza 201 Third Street NW, in Downtown Albuquerque. It has 22 stories, and a height of 351 feet.

No matter how impressive this building looks like, it is also one of the state’s most sustainable structures. The building uses a hybrid thermal energy storage system from CALMAC, which helps alleviate the building’s dependence on the electric grid. This helps the management cut carbon emissions and reduce the energy required to cool the occupants. 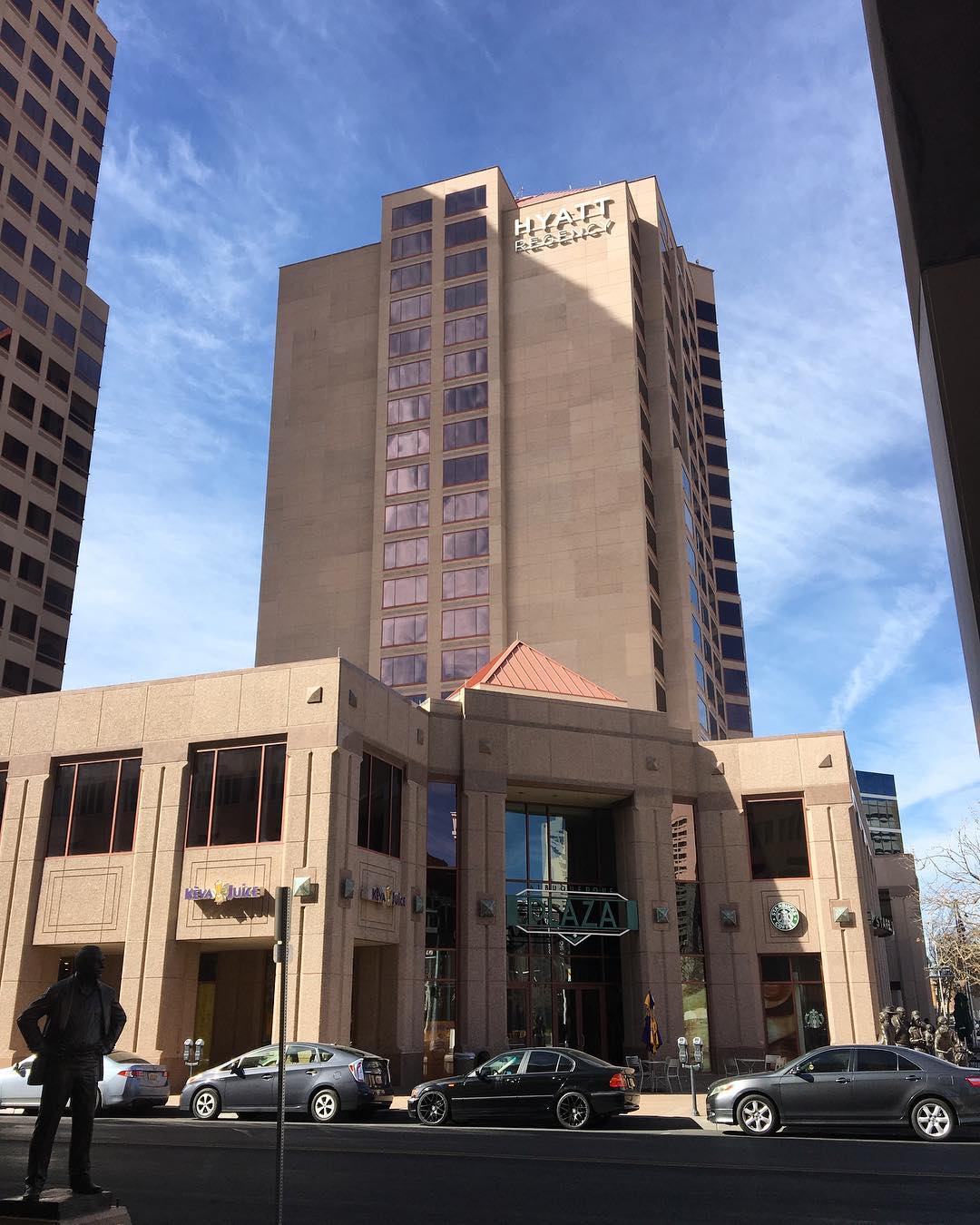 This 20-story high-rise hotel is Albuquerque’s second tallest building and tallest hotel by both height and floor count. Built in 1990 as part of the Albuquerque Plaza mixed-use complex on the south side of Civic Plaza, it has some striking similarities with the Plaza building beside it. The building is 256-feet tall and is located at 330 Tijeras Avenue NW in downtown Albuquerque.

Hyatt Regency Albuquerque originally had 395 hotel rooms. However, it now just houses 382 rooms due to in-house renovations over the last decade. The first floor is home to the retail promenade, while the second floor houses social events rooms. As for its design, it embraces postmodern architecture – from reinforced concrete with pink granite trim. Lastly, together with the Albuquerque Plaza, it is capped with a distinctive pyramidal roof which contains mechanical equipment. 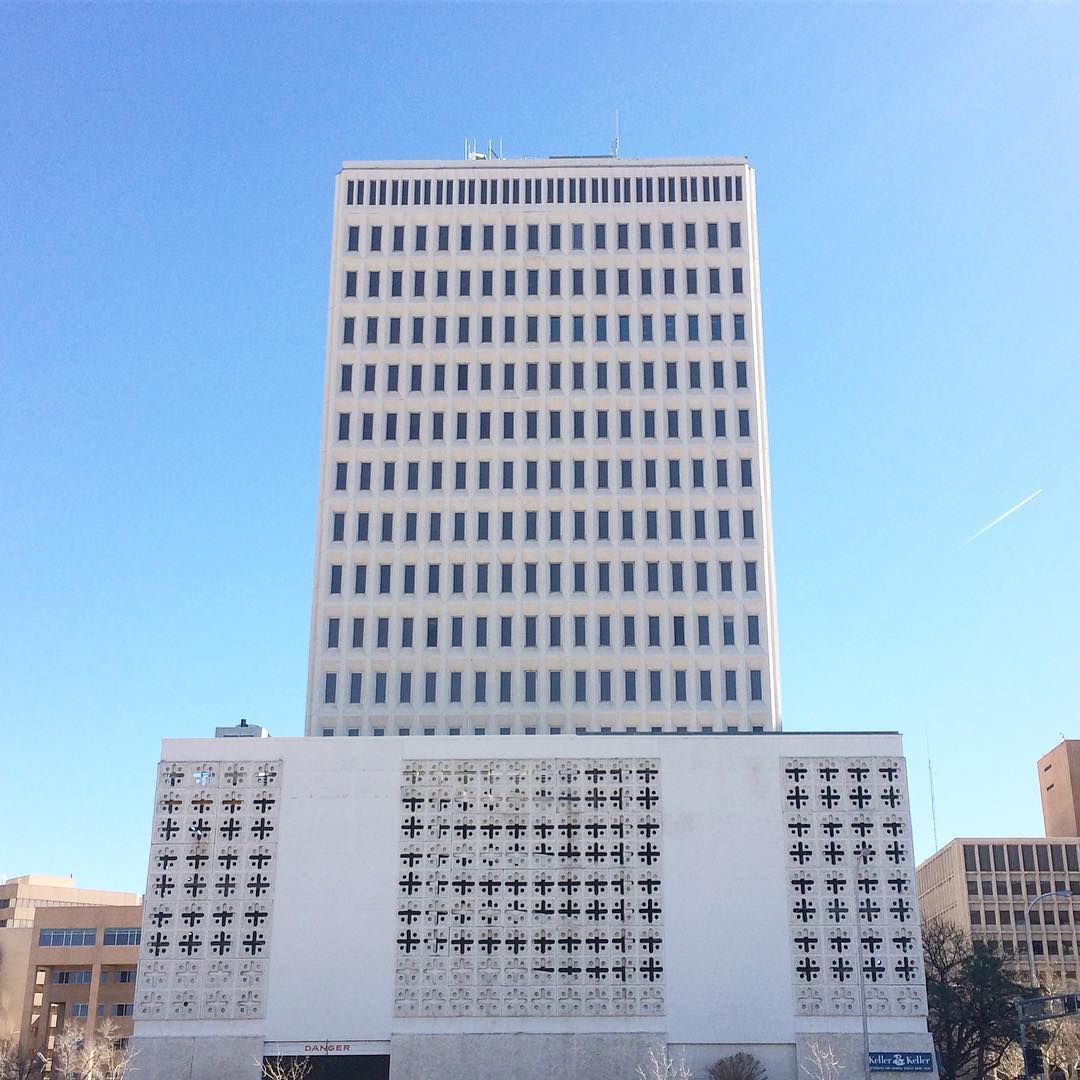 This white building is previously the “National Building.” It once held the #1 title among the tallest buildings in Albuquerque upon its completion in the 1960s. However, it fell two spots when the Albuquerque Plaza towers were constructed in 1990.

Compass Bank Building stands at 238 feet and is made up of 18 stories. Additionally, if you measure the building along with its rooftop antenna, it reaches a height of 272 feet.

You just can’t miss this white structure when strolling around Albuquerque. The exterior walls of the parking levels are made with molded concrete. It also has an open grillwork pattern. These are stylized quatrefoils inspired by Moorish architecture. 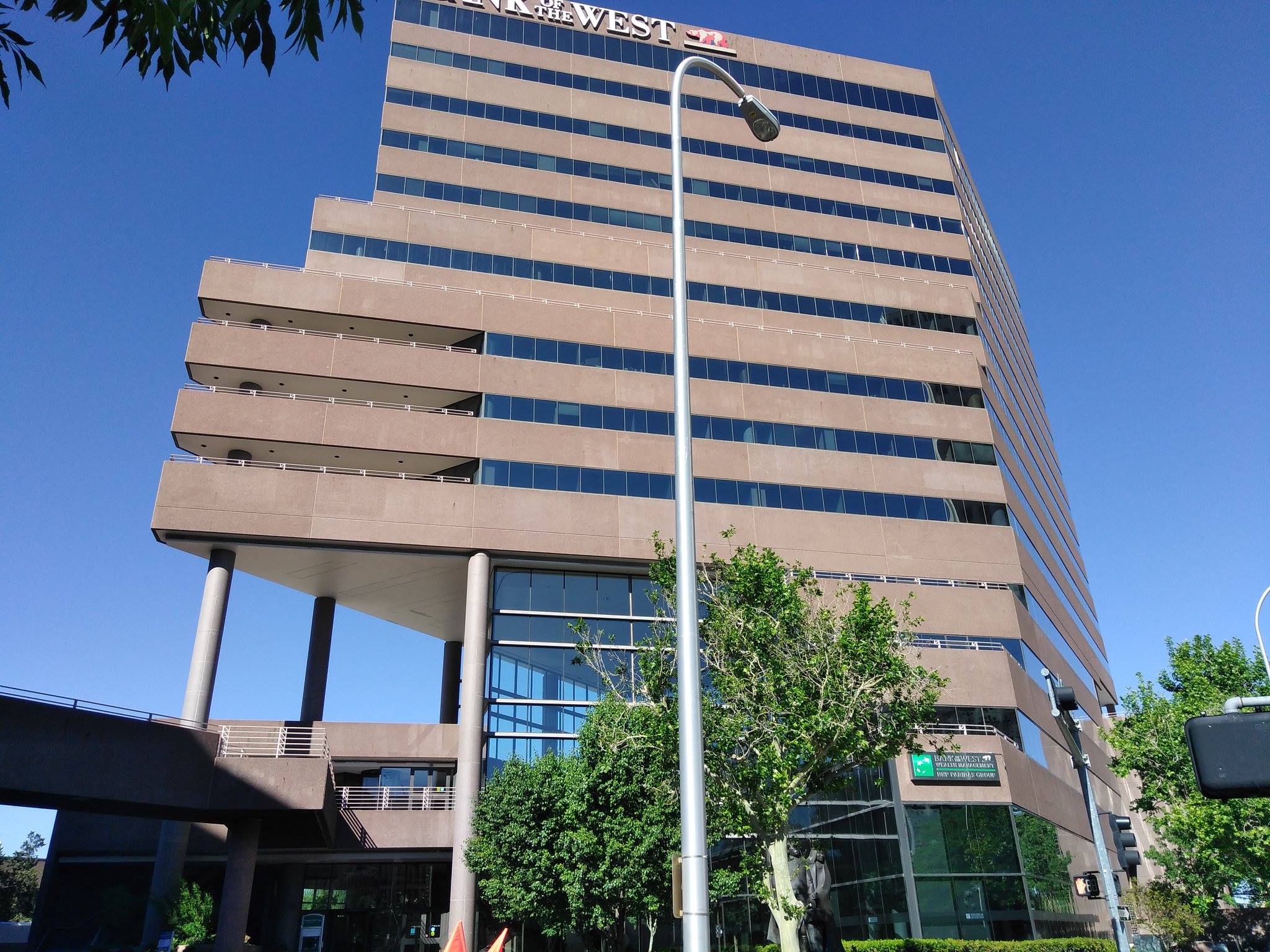 Walk across the street from the Compass Bank Building and you’ll find Albuquerque Petroleum Building or 500 Marquette, a high-rise commercial office ranking 4th in the list of tallest buildings in Albuquerque.

The 15-story structure standing at 235 feet has a trapezoidal block cantilevered over a four-story glass atrium. It also has a parking garage which extends to the south along 6th Street. Additionally, one fun fact about this building is that its top floor used to have the Petroleum Club, a members-only club that closed in 2007.

5. Bank of the West Tower 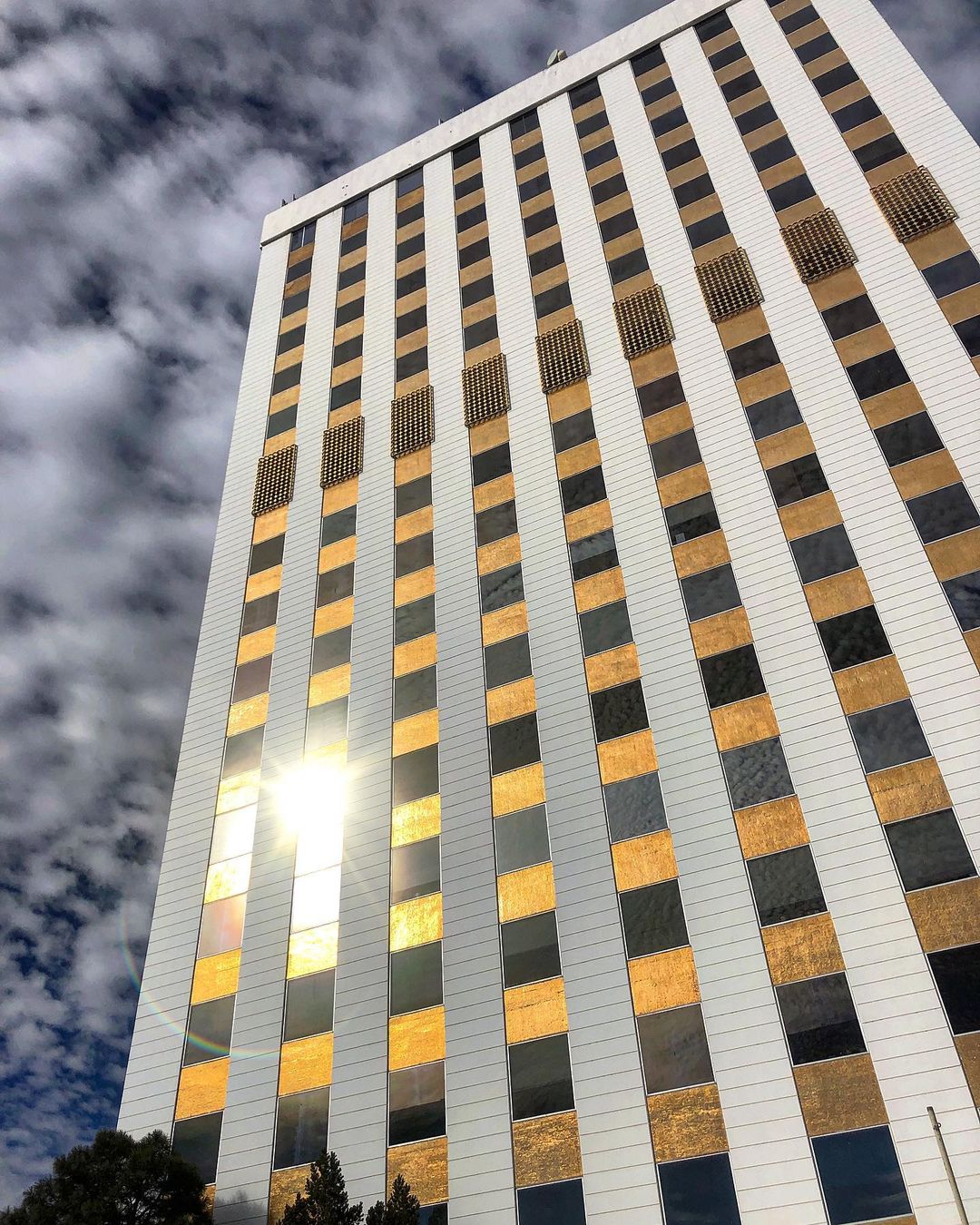 The tallest buildings in Albuquerque won’t be complete without the Bank of the West Tower. Located on Central Avenue east of Downtown, this 17-story and 213-feet building housed a succession of bank branches for most of its history.

People called this the First National Bank Building East in the past. As for the exterior, you will notice the white paint and tinted glass. These are actually used to reduce the building’s cooling load. Lastly, there are approximately 2.5 million of the one-inch square tiles used to cover the building. 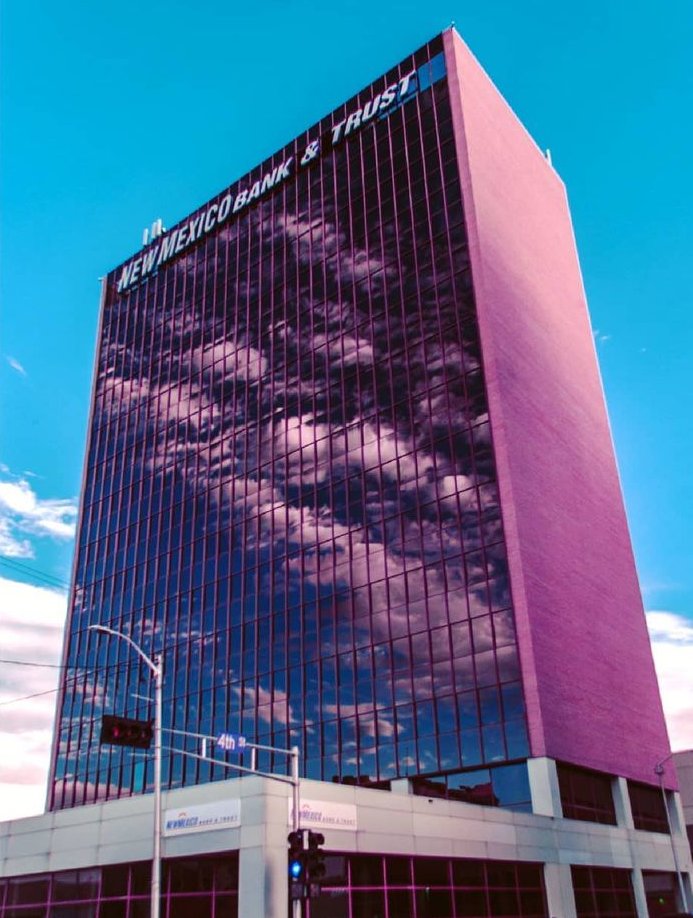 As for the structure that ranks 6th in the list of tallest buildings in Albuquerque, it is none other than the New Mexico Bank & Trust Building. Completed in 1961, it actually surpassed the Simms Building to become the tallest building in the state. It has 14 stories and a mechanical penthouse and stands at 203 feet.

The building fits into the International Style and is actually similar in appearance to the older Simms building just across it. In addition, New Mexico Bank & Trust Building also has some curtain walls on the north and south sides in addition to its windowless brick on the east and west sides. The recessed second story exposed the structural columns and its larger one-story base.

Originally, the curtain walls were a clear glass that alternate with opaque turquoise-colored panels. Later on, black tinted glass set in a coral-colored frame during replaced the original glass during the remodeling in 1986. 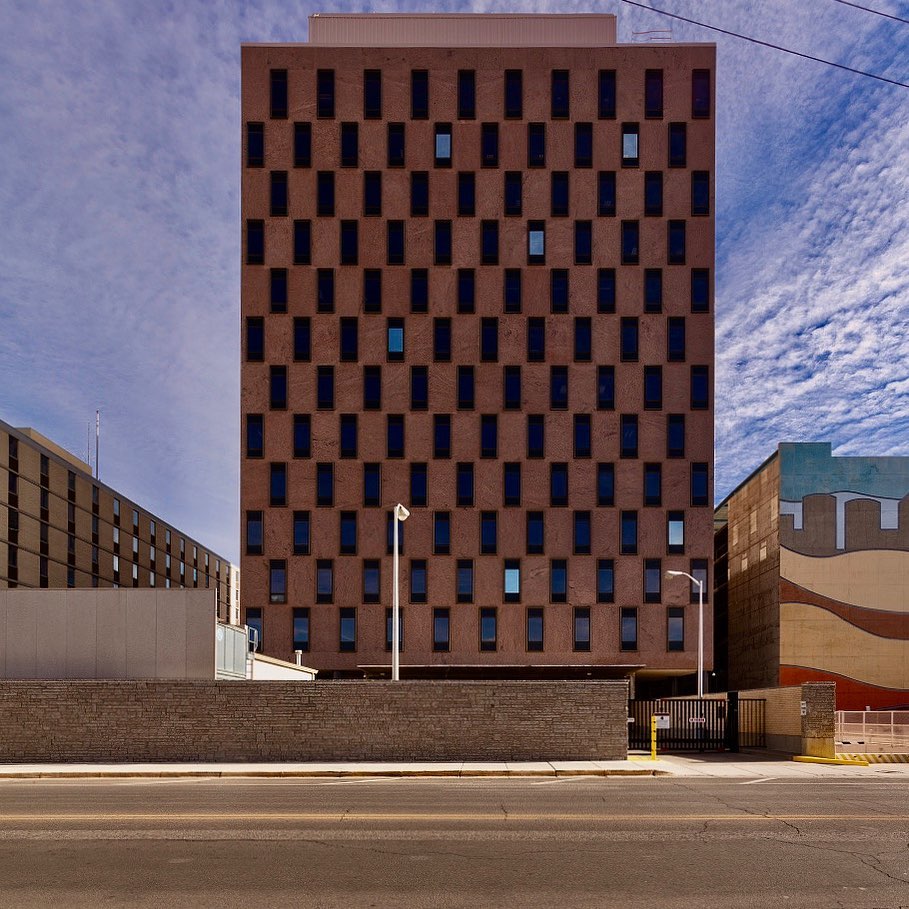 The purpose of the Dennis Chavez Federal Building was to house the U.S. District Court as well as offices of various federal agencies. This includes the U.S. Public Health Service, U.S. Fish and Wildlife Service, and U.S. Postal Service among many others.

Some people might remember this as U.S. Courthouse and Federal Office Building. The renaming of the building is in honor of the longtime U.S. Senator Dennis Chavez in 1976. Lastly, the structure stands at 197 feet and has 13 stories. 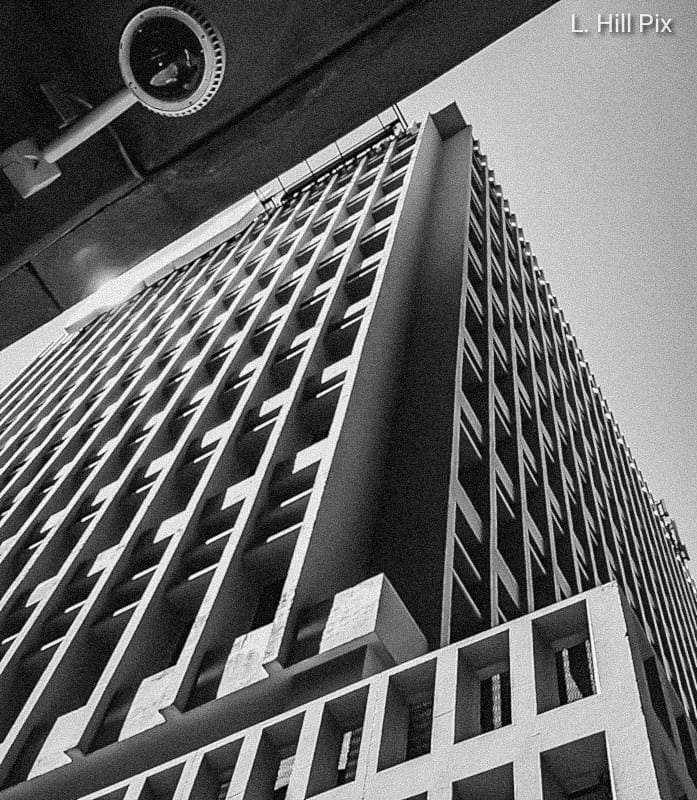 Last but definitely not the least in our list of tallest buildings in Albuquerque is the PNM Building. It has 12 stories, and a height of 184 feet. Quick history lesson – the building served as the new headquarters of the Public Service Company of New Mexico. It replaced the utility’s previous headquarters on Central Avenue.

Try to walk around downtown Albuquerque and see how many structures you’ll spot!

Before you go, take a look at these articles: Try All The Water Sport Activity You Desire or Just Paddle Around in This New Mexico Fun Land  and 6 Remote Destinations in New Mexico That Will Certainly Steal Your Heart.