Get a taste of New Mexico by trying their impressive craft beers! There are many breweries in the state and it highlights thousands of refreshments – from sours and hazies to goses, Bretts, brut IPAs, kombucha beer, and more! If you are an avid drinker, you will greatly appreciate the spectrum of flavors offered at these New Mexico Craft Breweries.

Check out the 7 must-try New Mexico Craft Breweries if you are near the area: 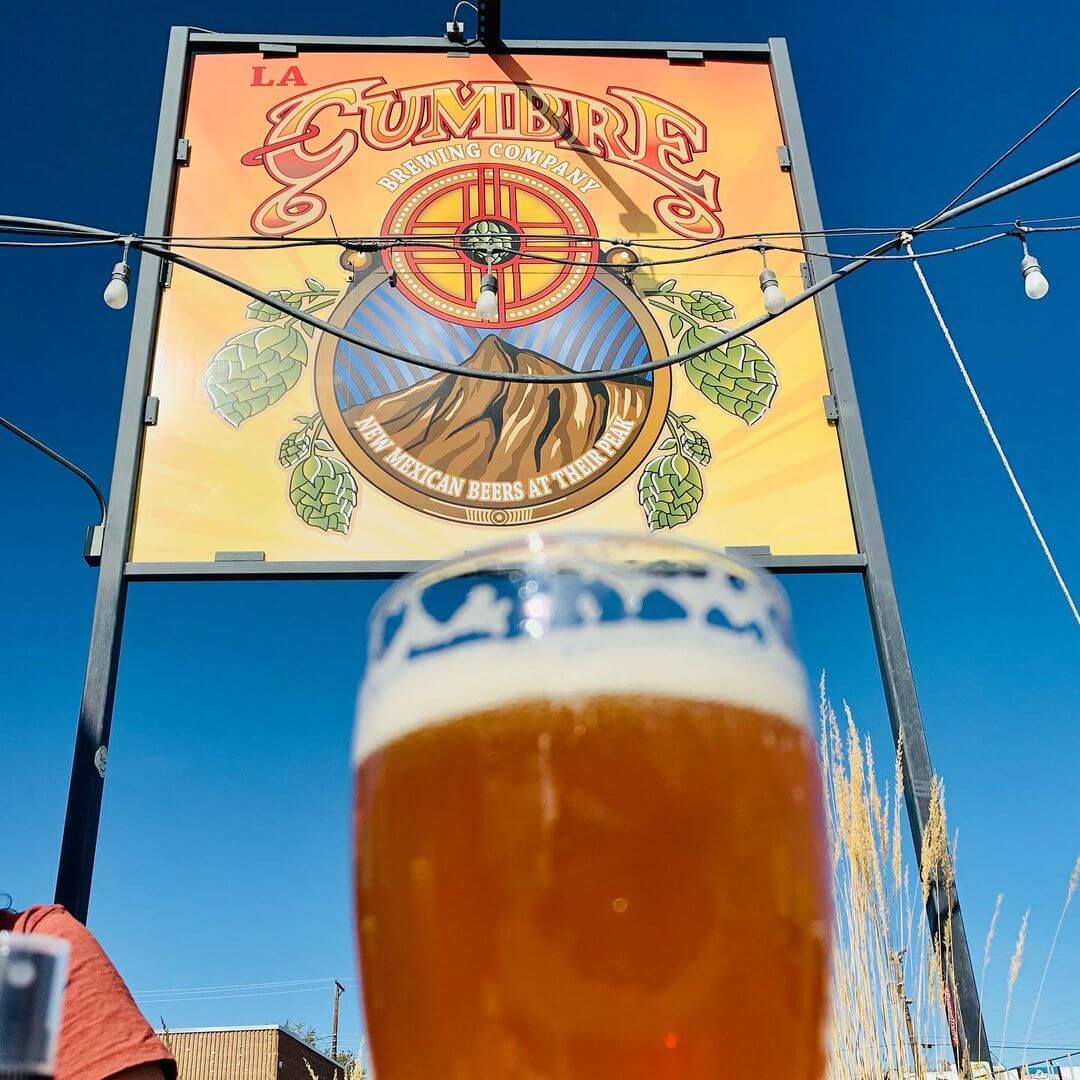 There is a creative and quirky stop in Albuquerque’s beer scene. If you want a taste of it, then you should come to La Cumbre Brewing! This place is known for their beers that represent the absolute apex of the art of brewing. It was founded in December 2010 as a fruit of years of study, apprenticeship, and brewing.

According to history, many people from all walks of life contributed to what La Cumbre Brewing is now. These include scientists, teachers, philosophers, artists, crafts people, entrepreneurs, and more. If you come to the taproom, you will appreciate its inviting yet industrial-chic setting.

What are the New Mexican beers at their peak? 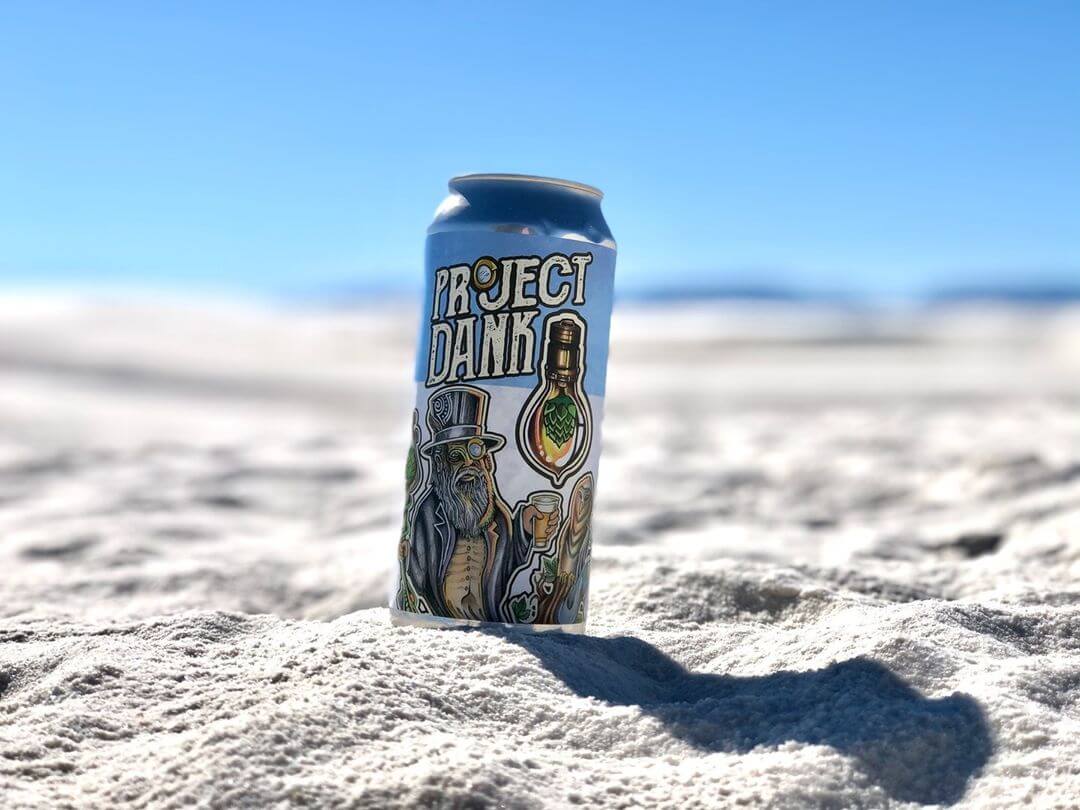 Since it is already the holiday season, you can count on La Cumbre Brewing to serve the winter edition of Project Dank IPA. It is a perfect partner for all your winter shenanigans given that it is hopped with Crystal, Simcoe, Chinook, and Mosaic hops. You can visit the taprooms at noon to try this one! 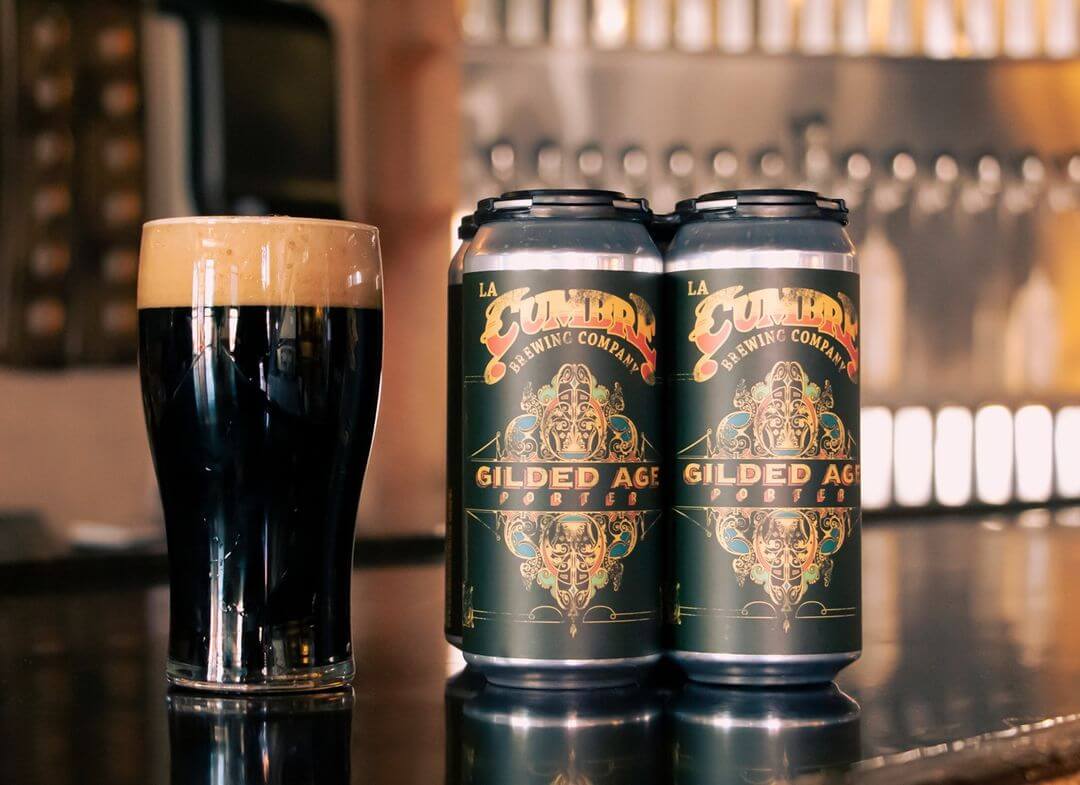 Back when pale malts had not yet even been created, the Gilded Age Porter is all the rave! The deep black Porter is rich but it is perfectly balanced with its intensely chocolatey flavor. Plus, the best thing about it is that it does not taste burnt. Inarguably, this remains a favorite in the La Cumbre Brewing. Don’t you think it’s time you know why? 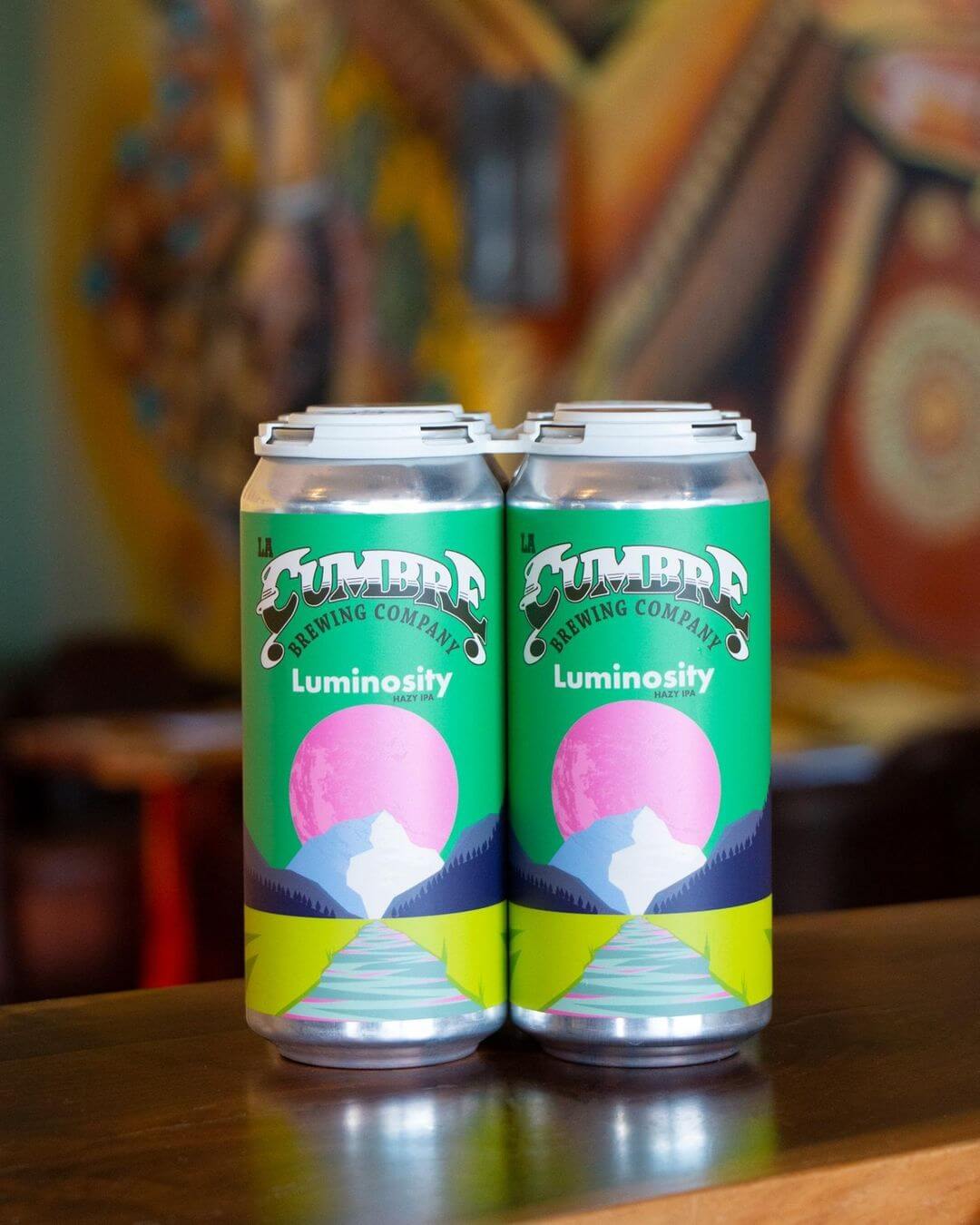 What else can you enjoy here?

Make your weekday afternoons fun and exciting with Luminosity. It is hazy, thick, and has just the right amount of malt back. If you love a smooth fruity hop cocktail, this is the perfect choice for you. Not to mention, this is light on the mouth! 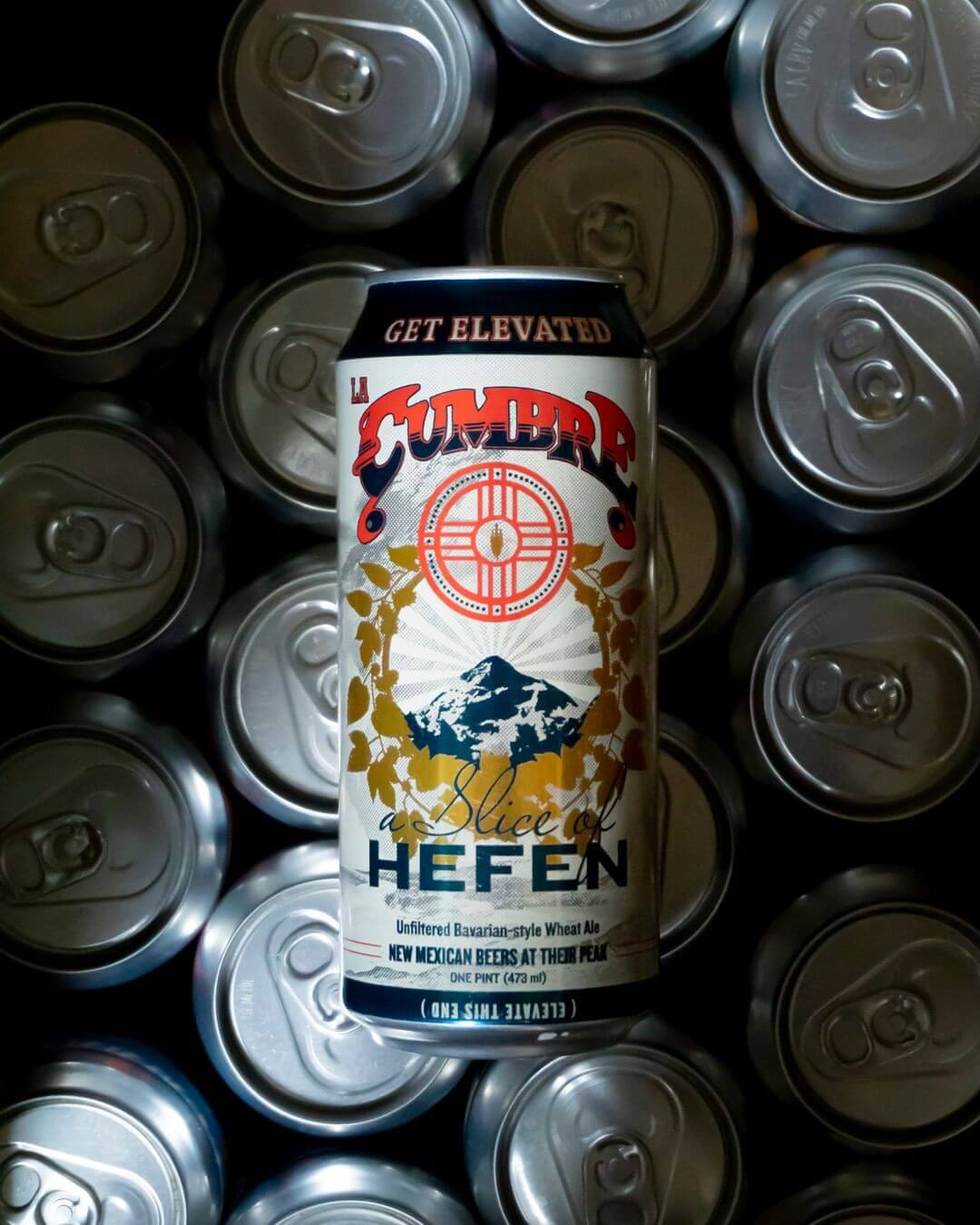 A slice of Hefen (of heaven) is probably all that you need for a good time. This is a traditional take on a Bavarian classic that is very indicative of summer. The Hefeweizen is brewed with malted wheat and a very unique yeast strain. Its end result is just perfect. Consequently, you will taste the rush of banana, clove, and vanilla. Poured into a glass, the beer is served with a voluminous white head. Unsurprisingly, that gives its big, lush, milkshake-like feel.

Some say this very beer is the most popular specialty ever released at La Cumbre Brewing. It doesn’t matter whether you’ll drink it at the brewery, or have one to go. You will definitely ask for a second glass. Besides, who drinks only one glass of beer anyways? 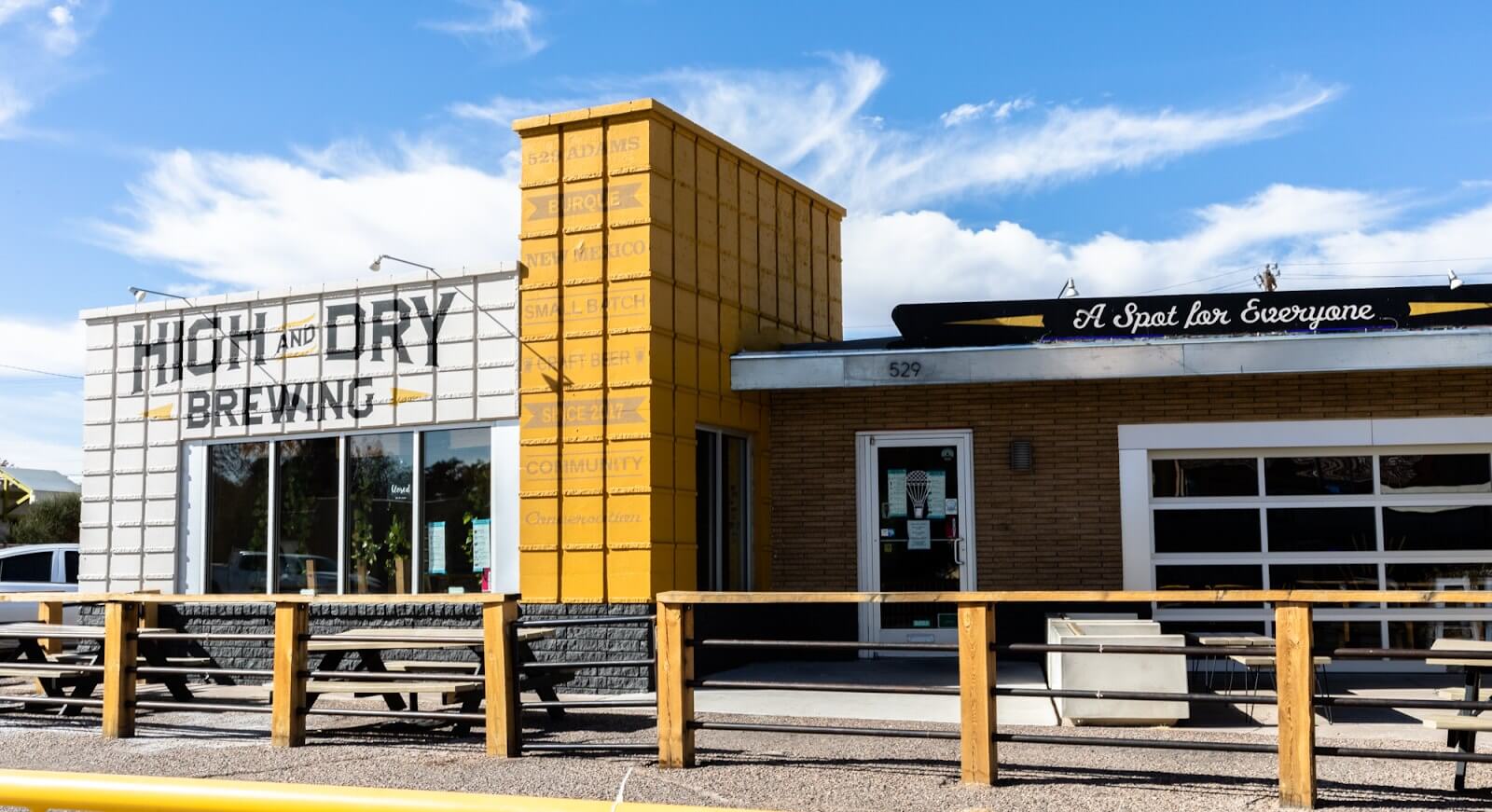 Who says small microbreweries don’t stand a chance against its bigger competitors? As long as we are talking about New Mexico Craft Breweries that serve only the best beers, then this one is here to stay!

High and Dry Brewing is centered around their passion for the community because it is founded by a tight-knit group of family and friends. They offer a small batch and ever-changing menu of inspired beers. For many years, it has proven to be a hit to individuals with different palates and preferences. You will find what you love here – from the pale and hoppy to the rich and roasty. That is why you should definitely check this out! 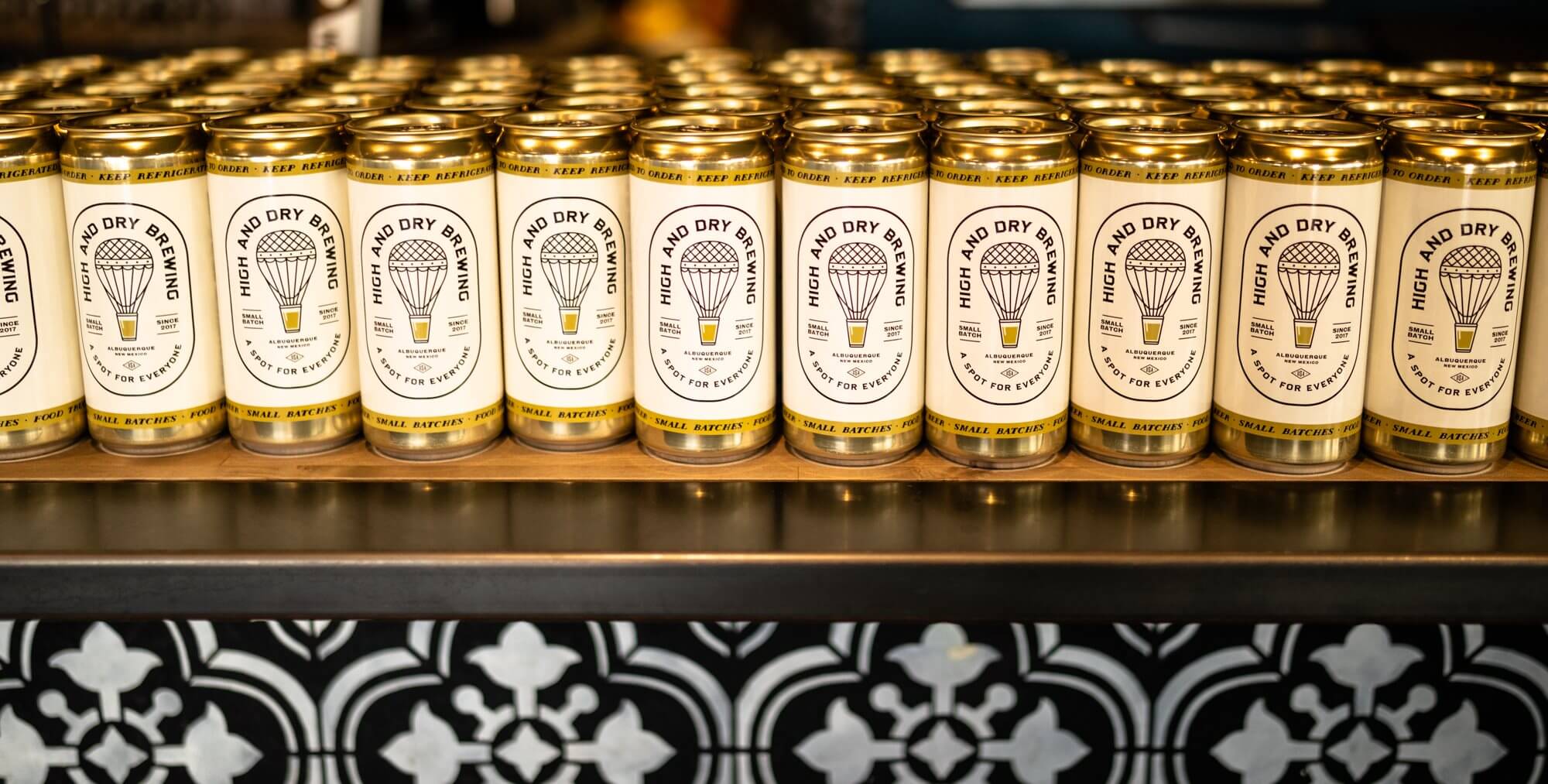 Did you know that they also have a promo wherein you get $3 OFF if you buy 3 crowlers? What are you waiting for? 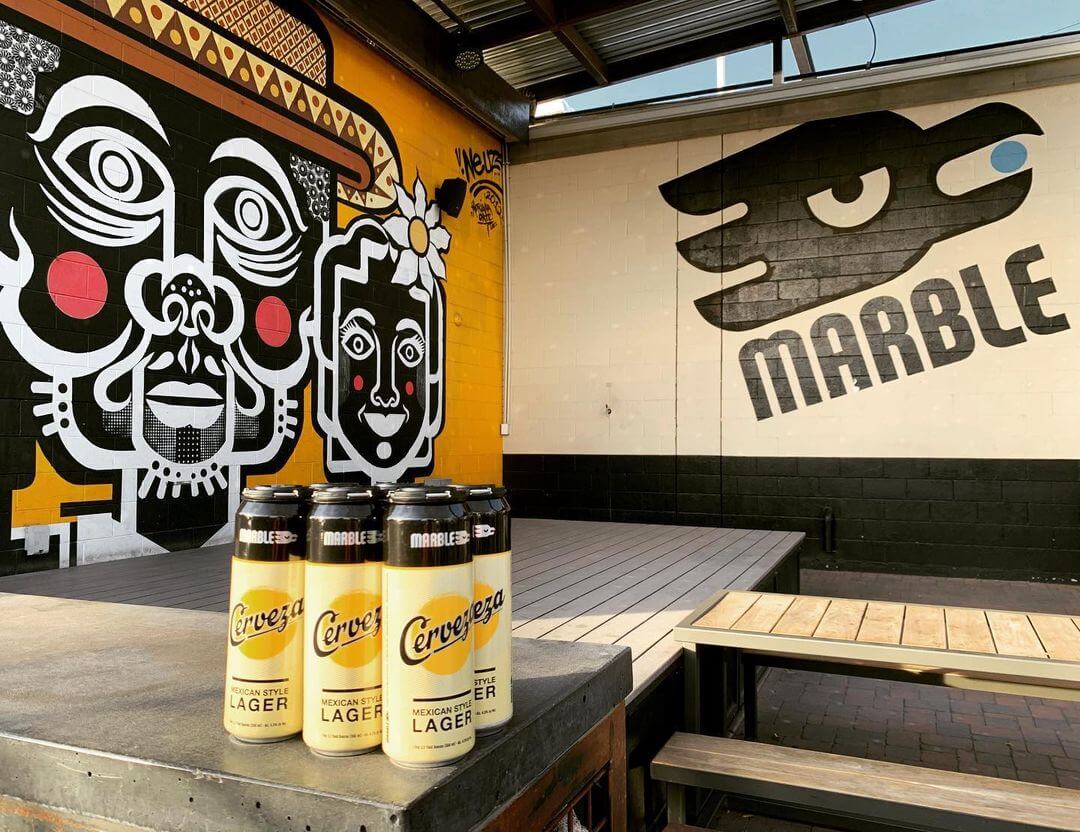 If you happen to find yourself in downtown Albuquerque, then you should come to Marble Brewery immediately! The place satisfies the thirst of anyone, even those with discriminating tastes. This is all thanks to their experience serving a diverse customer base. They offer some quality craft beer classics as well as cutting-edge specials!

They have a flagship brewery (Downtown) and a 10-barrel brewery. For the best (and complete) experience, we suggest you come to the former. Marble Brewery lets you explore the production brewery. You’d see where all their Double White, Wildflower Wheat, Red Ale, and other classic styles are produced and packaged. The tour doesn’t take too long – only about 30 minutes – and already includes fun facts about the brewery, as well as a mini discussion of the ingredients, process, and history!

Why not try the Reserve Ale? 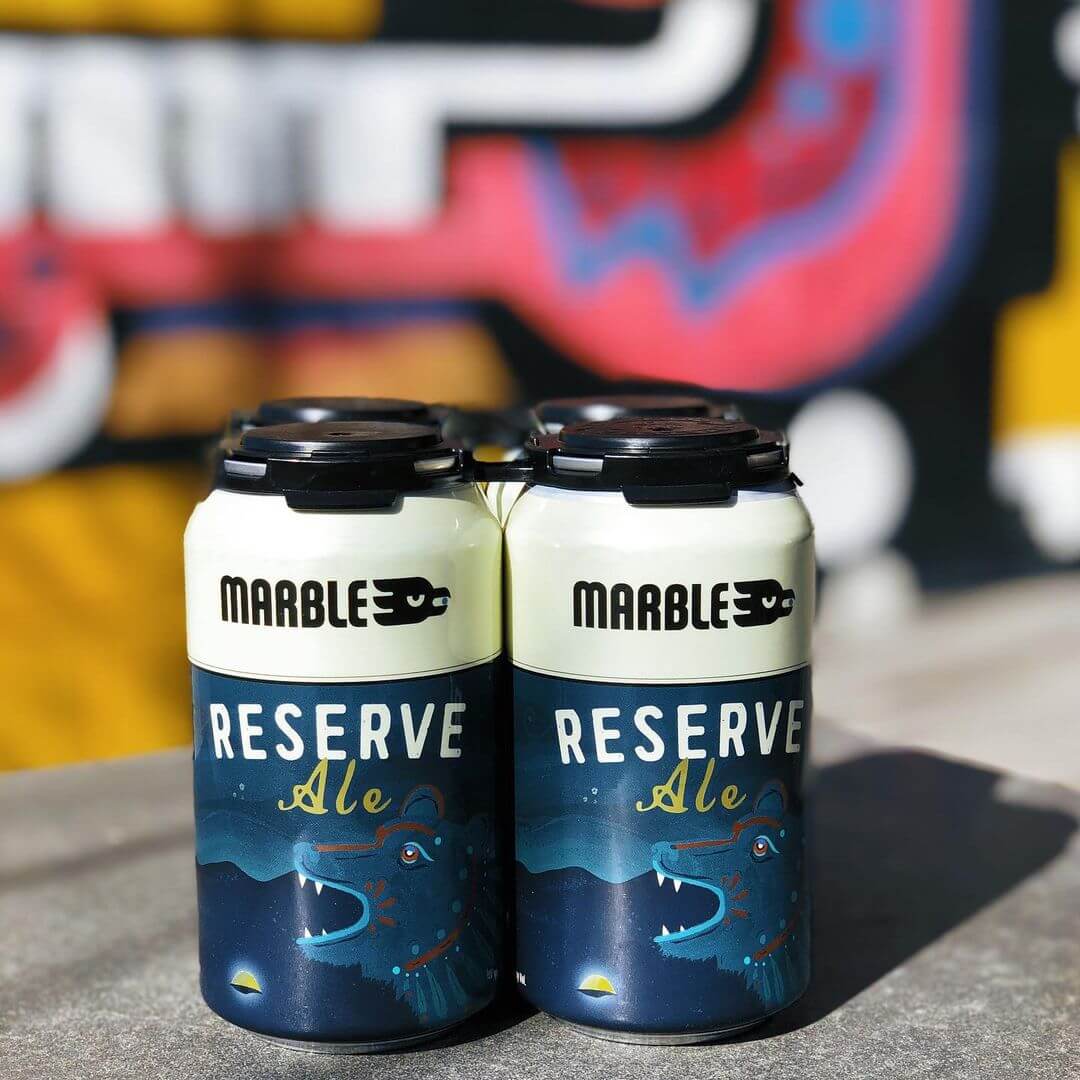 This one is aged in Bourbon barrels and has notes of oak, bourbon, and vanilla. It is perfect for individuals who want something rich and luscious. For a limited time only, you can drink this ale right away, or have it cellared for several years. 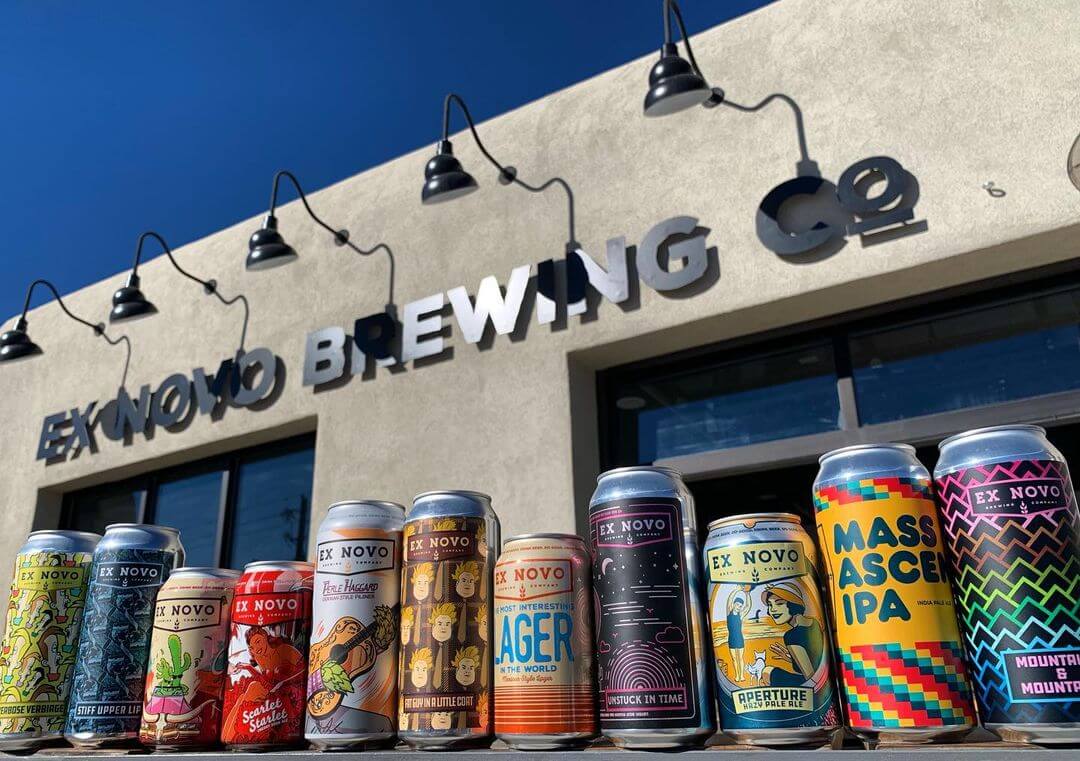 If you are traveling along the I-40 and you feel like you suddenly want a glass of beer, then you shouldn’t drive past the Ex Novo Brewing Company. The same suggestion applies if you and your friends want to have a spontaneous and chill night out!

This brewery always has something creative and delicious brewing. The best thing about it is that you don’t have to break the bank to try their beers! We’re not surprised why locals consider this their favorite spot to relax. There is also a food truck on-site where you can order food from.

What should you try? 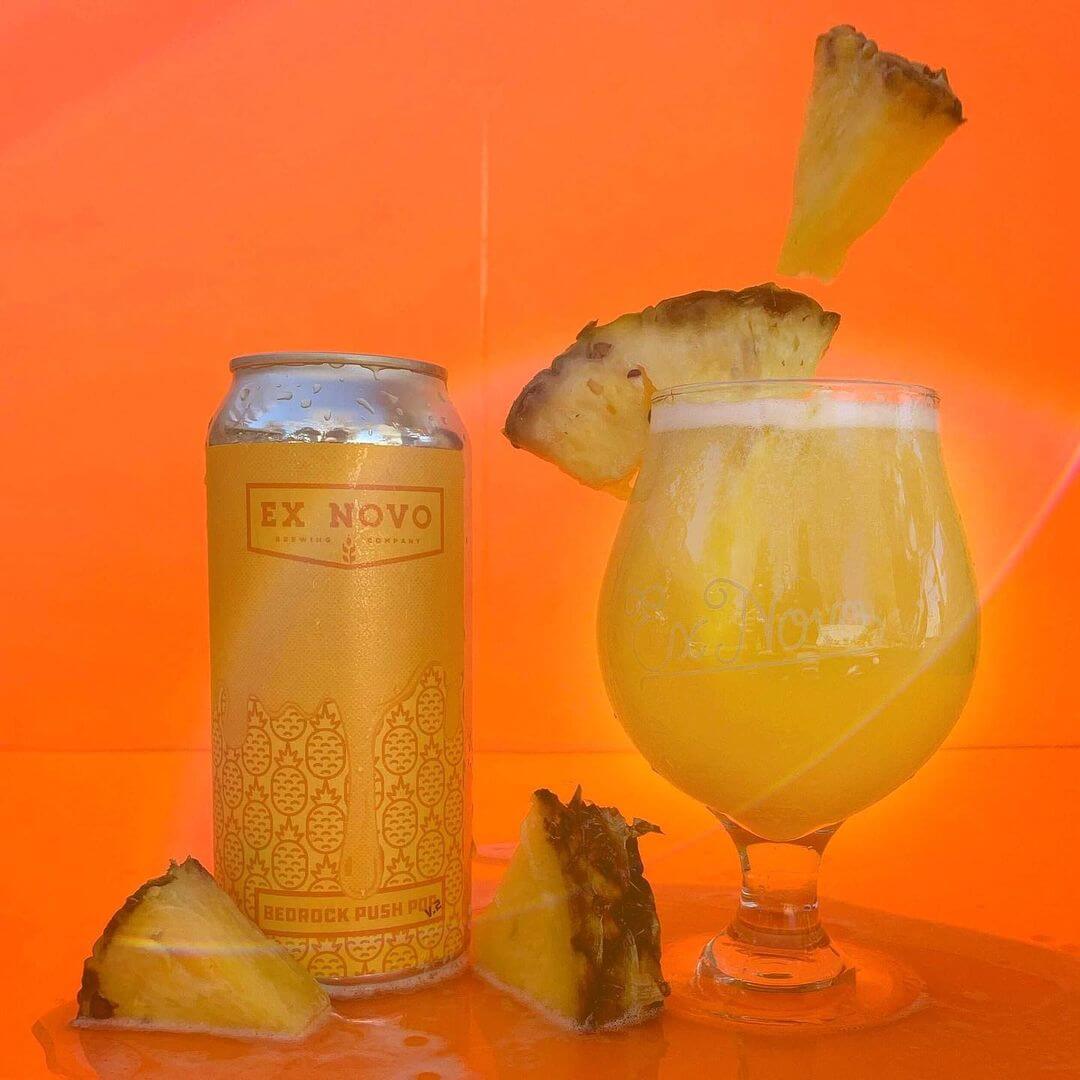 For instance, you may try the latest Hazy creation by ordering a can or two of the Bedrock Push Pop v.2 Hazy IPA 7.3% ABV. It is hopped with Citra & Motueka and has lots of pineapples. To top it off, the refreshing drink is rounded out with vanilla and lactose. We kid you not. Transport yourself to a Tiki wonderland with just one sip

If you are planning on a New Mexico Craft Breweries tour, then you better include Starr Brothers Brewing Company in your list. This place produces beers by the award-winning brewer, Rob Whitlock. Additionally, they regularly update their selections, so you can try something new at each visit. Isn’t that exciting? 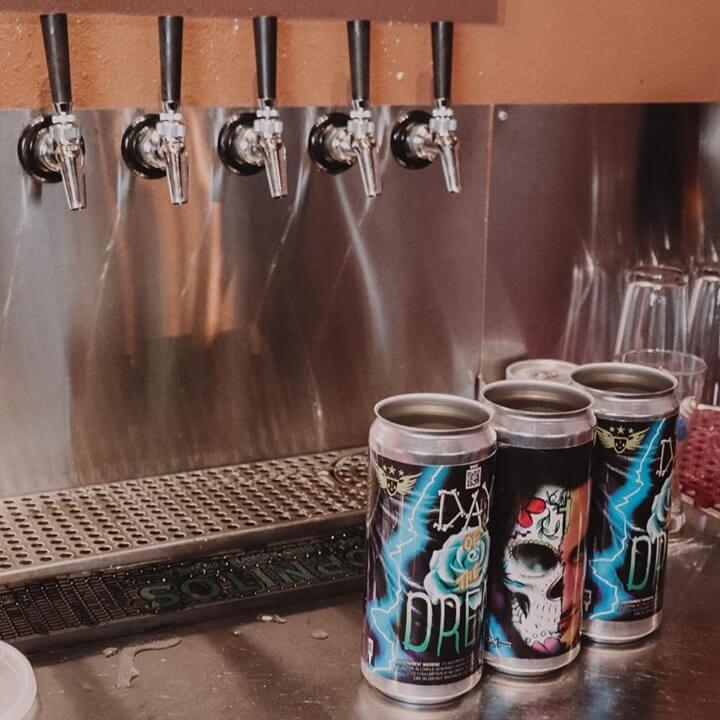 The brewery allows you to have your choice of beverage in their crowlers. This helps raise awareness and funds for a good cause.

This is part of the must-visit New Mexico Craft Breweries for a reason! Some of the artfully-crafted beers that you should try here are: 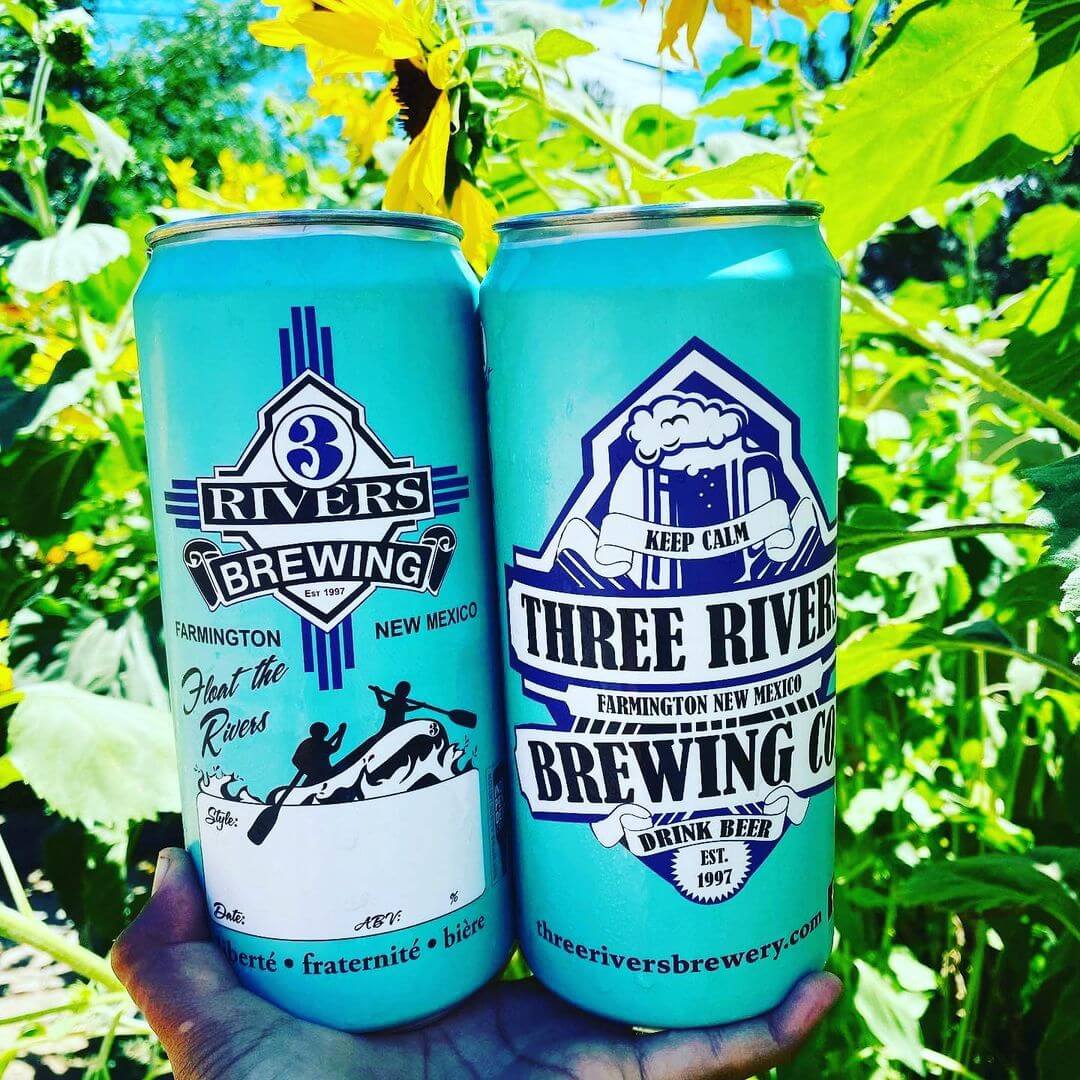 Many people are after distinctive styles of beer such as Papa Bear’s Golden Honey Ale or Arroyo Amber. Good thing these are available all year round at one of the must-visit New Mexico Craft Breweries, Three Rivers Brewhouse!

If you must know, this place takes brewing beer seriously (along with the other New Mexico Craft Breweries in this list). In addition, they regularly change their beers on tap. If you don’t see your favorite beer there, just give them a call. For sure, you will love your tasting experience at this brewery. Lastly, the new crowler is worth a try! 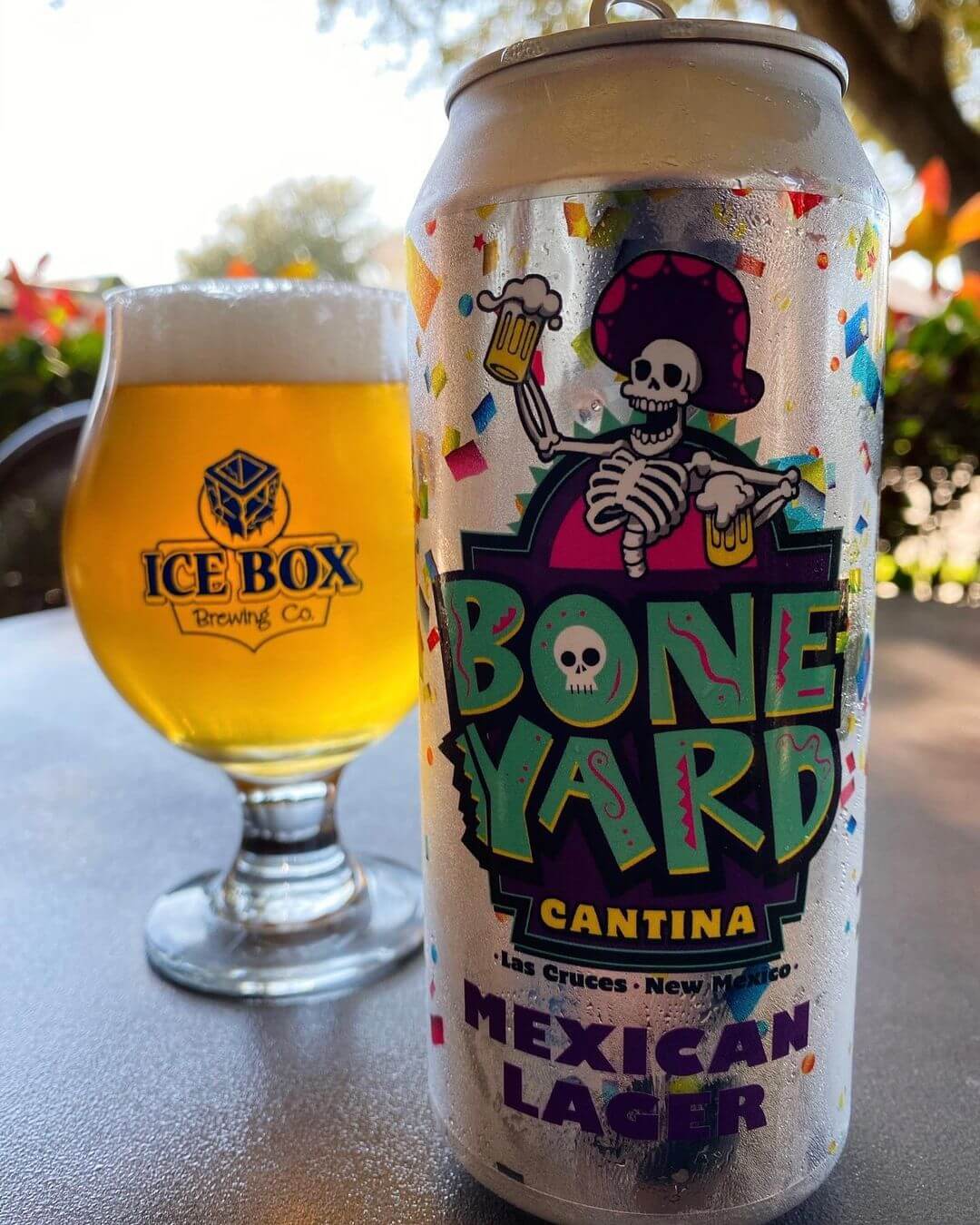 For a friendly hometown vibe kind of brewery, you only need to look at Icebox Brewery. It serves a flight of beers from the Frostbite IPA to the Icebox Light Lager. You should definitely try the Mexican Lager – a certified tasty brew that you and other beer enthusiasts would love.

Their website regularly updates the beers on top. As of writing, they still have the Raspberry Lime Hard Seltzer, She’s Snow Angel Blonde, and Cervila Tequila Barrel Aged Sour. Aside from these, the other available beers on tap include Cruces Common Ale, and Cumulo Lupulus Hazy IPA, among 25 others.

For a fun New Mexico adventure, check out these spots: Passing by These 5 New Mexico Bridges in Your Next Road Trip Are Truly a Nice Surprise and 15 Facts About One of the World’s Most Powerful Radio Astronomy Observatories That Is in New Mexico.