A beautifully-built bridge serves a practical purpose. But if you are the type who can appreciate the effort put into constructing each one, then you’d love this list! Today is all about the New Mexico bridges – small or grand – that makes your road trip much more interesting. Check out our list and see if you’ve ever seen it in real life. 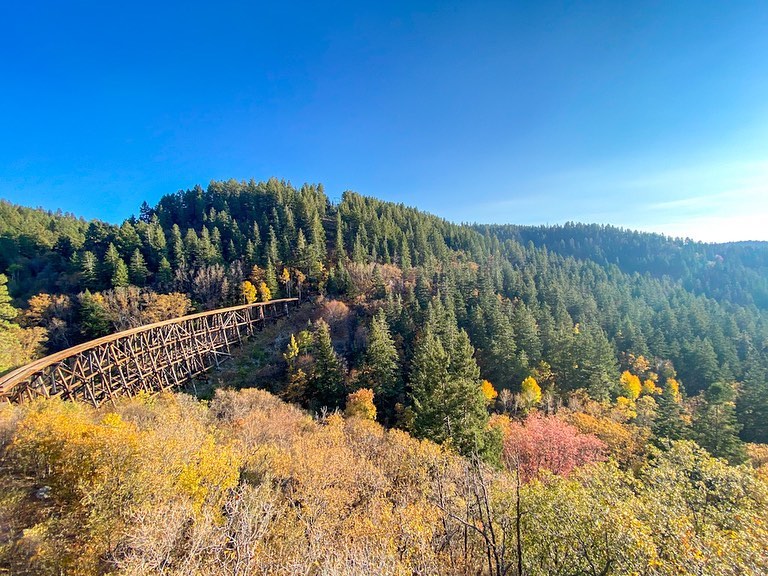 There is something about bridges that make you feel like you are entering a new world. After all, it is a literal passage that gets you from one point to another. While most bridges are made of steel, this railroad trestle is not. The Mexican Canyon Trestle is a wooden bridge built in 1900 in the Sacramento Mountains of New Mexico for the lumber industry. You will find it just over .5 miles (0.80 km) northwest of Cloudcroft off US 82. It is probably the most prominent remaining structure of the Alamogordo and Sacramento Mountain Railway.

Visitors who have seen this trestle in real life can attest to the fact that this is rapidly deteriorating. This is why the U.S. Forest Service, in partnership with the Mescalero Apache, is doing their best to preserve the historic structure. Since this destination was listed on the National Register of Historic Places in 1979, then it only needs proper care.

Mexican Canyon Trestle rises 52 feet above the canyon floor. The curve is most evident, and the construction behind it is impressive too. In order to form it, the top part was built in 21 sections with 8″xl6″ timbers. There are also 10 main timbers that measure 15 feet in length in each of the 21 sections resting on footing blocks set underground. Aside from that, there are diagonal wooden braces installed to prevent swaying and shifting of the trestle.

One fun fact about this structure is that this was one of the 58 trestles built on the mountainous 32-mile route which also required a switchback and numerous sharp curves. The route was abandoned long ago, so rails were taken up and some salvagers removed a few of the timbers.

Today, the large trestle bridge is still intact. But it’s stunning with the beautiful nature as the backdrop. 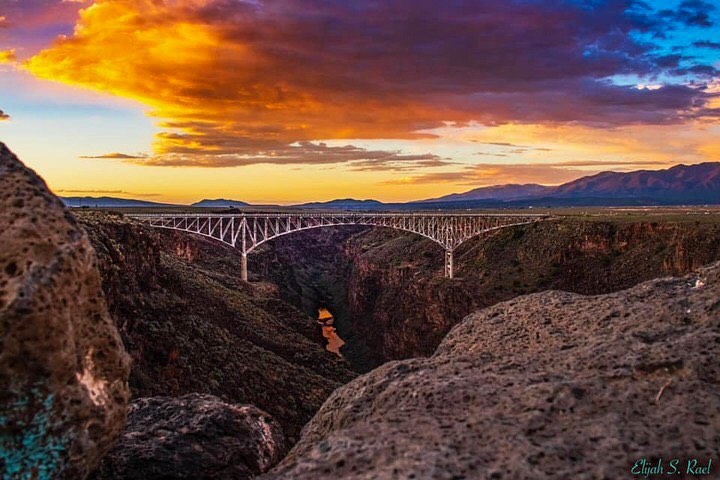 Some locals will just refer to this steel deck arch bridge as the “Gorge Bridge” or the “High Bridge.” You will also just find it 10 miles northwest of Taos, New Mexico. At 650 feet above the Rio Grande, it is the fifth-highest bridge in the United States. Back then, it was called the “bridge to nowhere” because the funding did not exist to continue the road on the other side.

Rio Grande Gorge Bridge spans 1,280 feet and has two 300-foot-long approach spans with a 600-foot-long main center span. One of its distinctions came in 1966 when the American Institute of Steel Construction awarded the bridge “Most Beautiful Steel Bridge” in the “Long Span” category. The bridge is also no stranger to films as it has already appeared in Paul, Terminator Salvation, and Natural Born Killers. On top of that, the bridge was also featured in Wild Hogs, and White Sands.

Disclaimer: This steel bridge offers breathtaking views. There are four overhangs (2 on each side) that you can walk out on for pictures, but it might not be recommended for those afraid of heights. 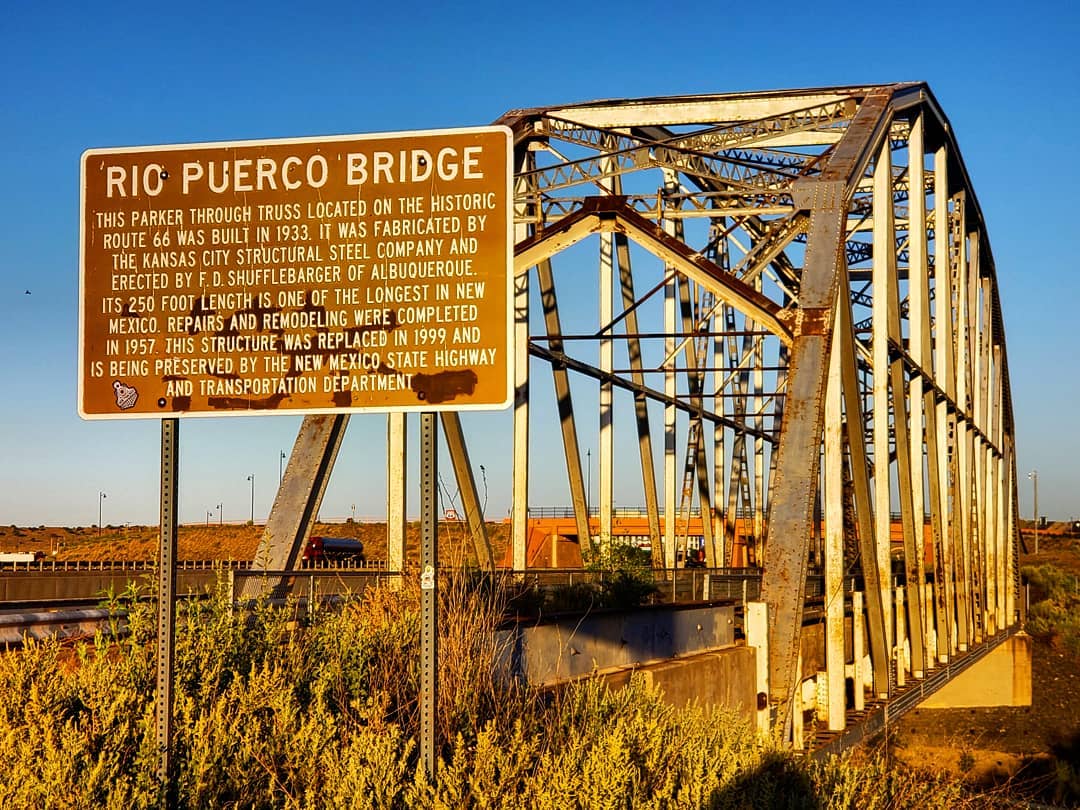 If you are heading west out of Albuquerque, then you should be able to enjoy a scenic descent from Nine Mile Hill into the Rio Puerco Valley. You will then be greeted by a Parker through truss bridge that crosses the steeply eroded banks of the Rio Puerco River.

The bridge consists of 10 panels measuring 25 feet in length. Each panel also has a top cord at a different angle – a characteristic of Parker truss design bridges. The design of the asphalt surface that rests on steel stringers was used during the late 1920s and 30s. Aside from that, it was only fitting since the bridge design would be able to withstand a river capable of massive flooding that had washed away previous bridges along the Rio Puerco. With a Parker through truss bridge design, there is no more need for a center pier.

The valley is the site of Laguna Pueblo, which is the home of Puebloans since the 1300s. It was also listed in 1997 in the National Register of Historic Places. Before that, it served many motorists using Route 66 for many years. When I-40 was finally completed, that’s when the Rio Puerco Bridge became part of a frontage road across the Rio Puerco.

Today, visitors can check out the preserved historic bridge by walking across it. Or if you prefer to enjoy a glimpse of it from a safe distance, you can stay in your car and admire it as it curves and disappears into the New Mexico desert. 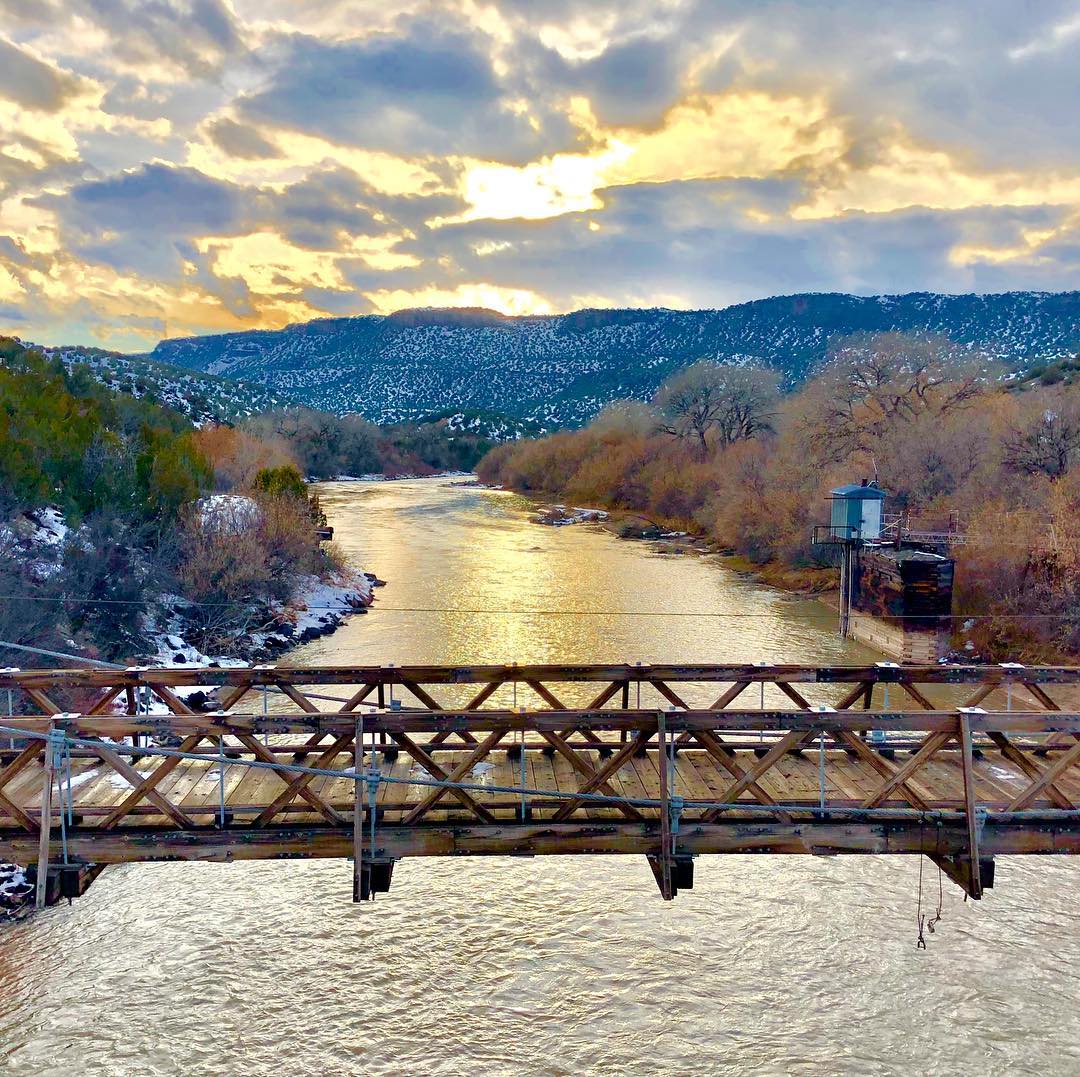 New Mexico has another wooden suspension bridge – the Otowi Suspension Bridge. This was built in 1924 and spans the Rio Grande River near San Ildefonso, New Mexico. Similar to the other New Mexico bridges, this was also listed on the National Register of Historic Places in 1997.

This bridge was too narrow to service truck traffic for the Manhattan Project, which was routed through Espanola. Today, you can admire it as a historic bridge at the Rio Grande crossing today. 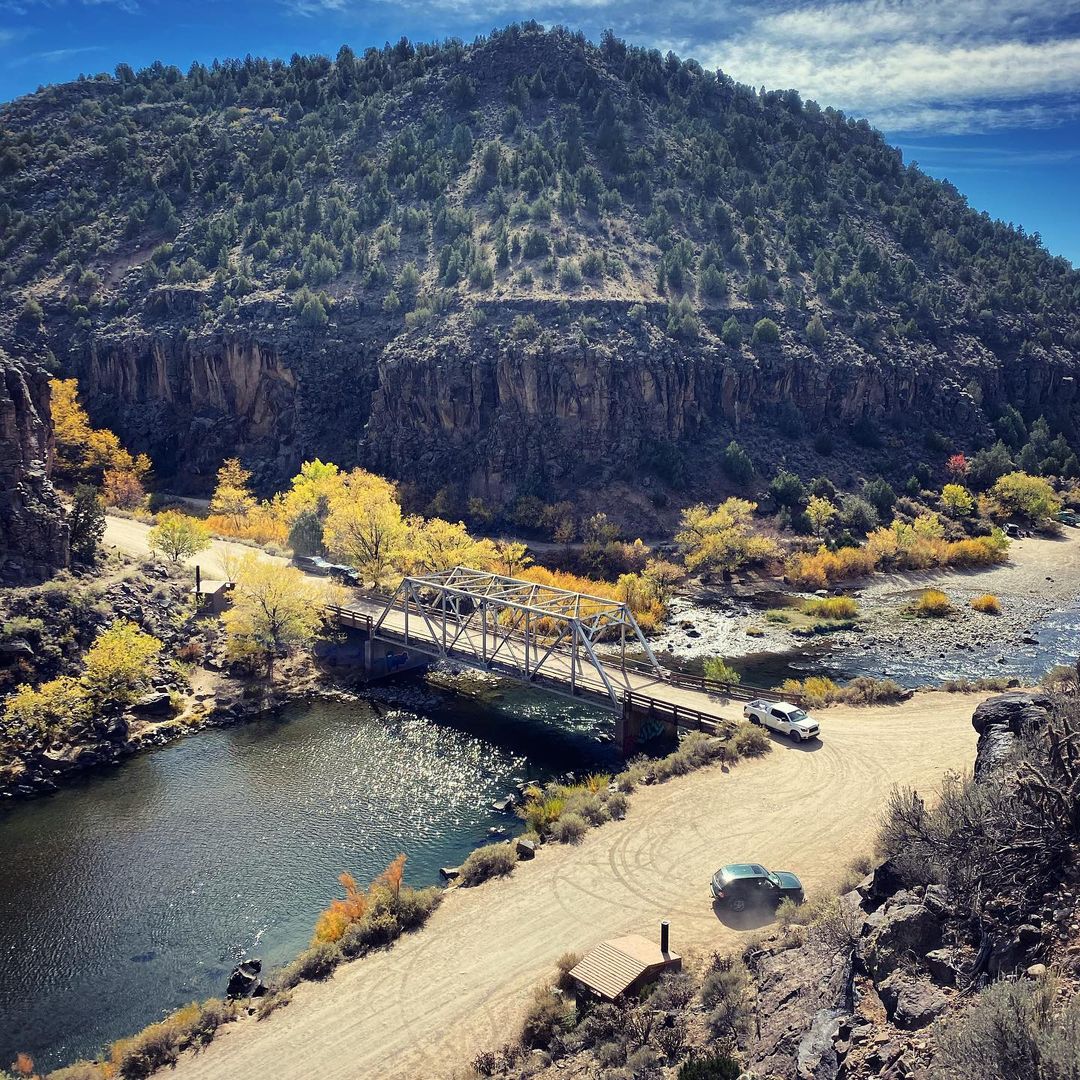 This may not be as fancy as the other previous bridges, but you will still think it is an oasis in New Mexico. John Dunn Bridge is located in Arroyo Hondo, New Mexico, and crosses the Rio Grande near the confluence of the Rio Hondo.

Dunn made this to help transport travelers and mail into Taos. On top of that, house travelers were also brought to his hotel near the bridge. Just one tip if you are planning to see this bridge, you should have a 4×4 and take the south side to get here. The north side is on the gorge side, and the switchbacks there are pretty tight. It only allows room for just one car to pass through.

If you find yourself wanting to spend a bit more time in this destination, there is a cool spot to hang out by the river. You will be able to swim, fish and kayak!

Are you curious about other New Mexico destinations? Check out These Underground Lava Tubes in New Mexico Will Take You to a Dark but Cool New World. There are also 10 Must-Visit Winter Destinations in New Mexico That Will Capture Your Heart.