A land once thriving and flourishing with life – all filled to the brim with the livid spirit of the people, loud as they could ever be. Back then, some places were where many people dreamed and conquered. But now, all these faded as the livid thuds of feet walking these lands slowly vanished like shadows from the sun. Check out the once lively places that are now barren and deserted. What seems like merely abandoned rubble to others is a mysterious and arresting place for some, a tourist place, if you will! These are the 10 must-visit ghost towns in New Mexico. 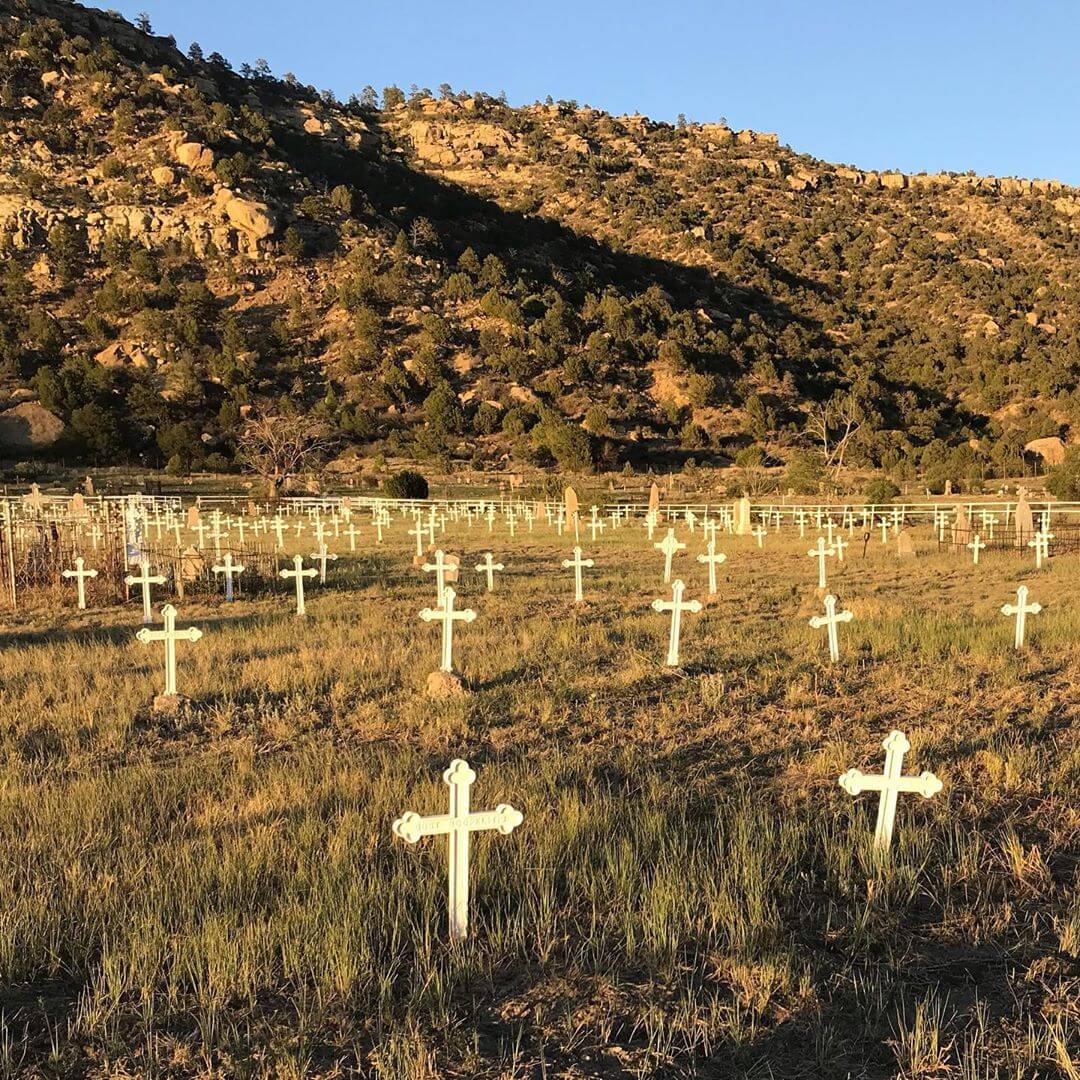 Dawson is one of the many abandoned-mines-turned-ghost-towns in New Mexico, and there is more to the pile of rubble here. The Dawson Coal Mine opened in 1901, following the construction of a railroad, giving birth to a new town. Back then, the town was very lively, and was filled with all sorts of places you’d look for in a town. Then came the downfall.

In October 1913, a mine explosion killed more than 260 people. And as if this misfortune wasn’t enough, another explosion occurred in less than a decade, killing off around 120 men. The town didn’t die from that, though. What killed the town was when Phelps Dodge, the company that owned the mine, sold off the whole town – all of it – leaving nothing but rubble and graves. Located 17 miles northeast of Cimarron, New Mexico, Dawson is an unsettling ghost town with blood under a pile of rubble.

Would you visit this place with your friends?

The Lovely (and Spooky) Town of Montoya 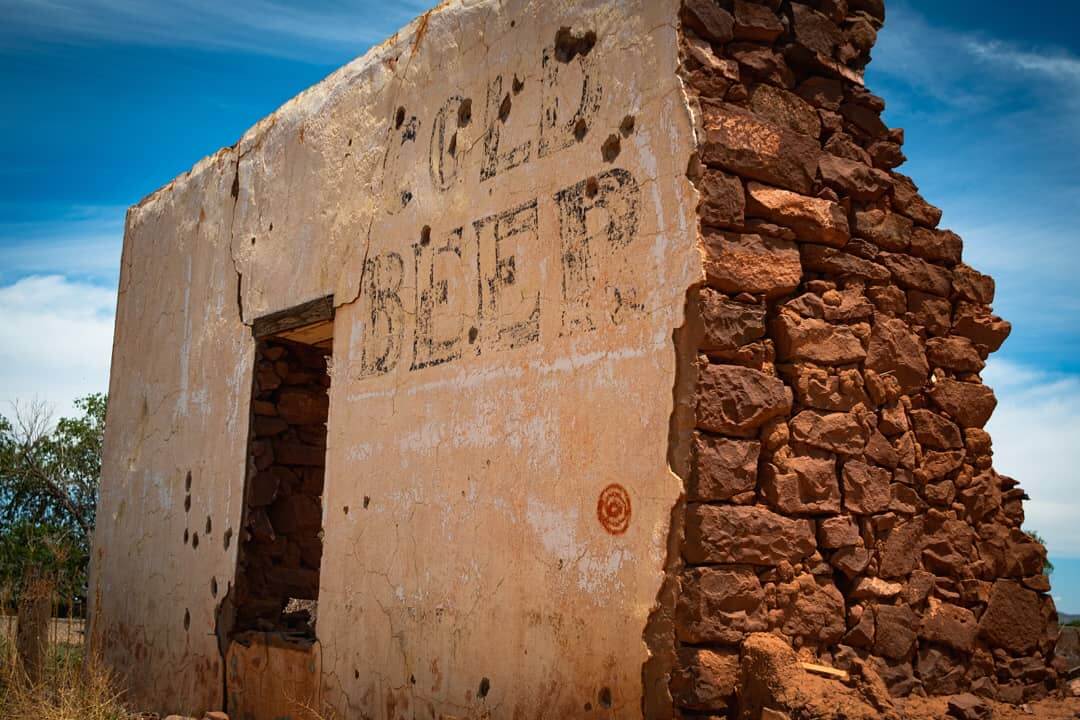 West of Tucumcari on the Old 66, located in Quay County, is the town of Montoya. It was created to be a loading point for the Southern Pacific Railroad in 1902 and was once a typical stopover on a long road. The town was also famed for the humble house that provided goods to the village, or the “Casa Alta,” which was built by Sylvan R. and Maria Ignacia Hendren. Still standing by its keep, are the old rusty buildings that once thrived along with it. Right now, the vintage-styled ornaments are quite the sight as are the remnants of the once humble town.

The Town of Magdalena 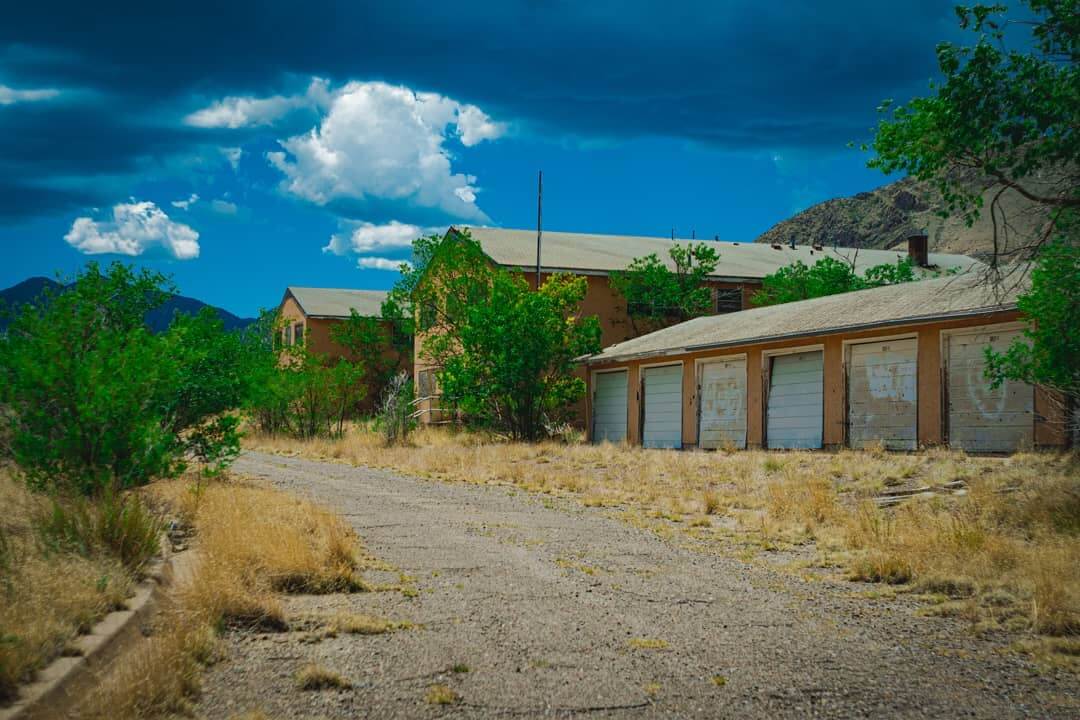 This town derived its name from a pretty interesting sight around it. It is because of “The Lady on The Mountain” per narrative of Spanish Soldiers, which is a formation that greatly resembles the face of a woman.

The place was known as the “Trails End” due to it being part of the railroad/spur line which was built in 1885 from Socorro to Magdalena. This line was used to transport the cattle, sheep wool, timber, and ore.

Magdalena Peak overlooks the town of Magdalena. On the other hand, the pass due south of the peak, called Magdalena Gap, is where the town got its name. Nowadays, Magdalena made efforts to transform itself into an art and cultural center. Lots of art galleries, including a Woolery, made its way into this town. The Bank West Building was also renovated, while the Magdalena Hall Hotel certainly made its mark on this mountain village.

The Ghostly Town of Kelly 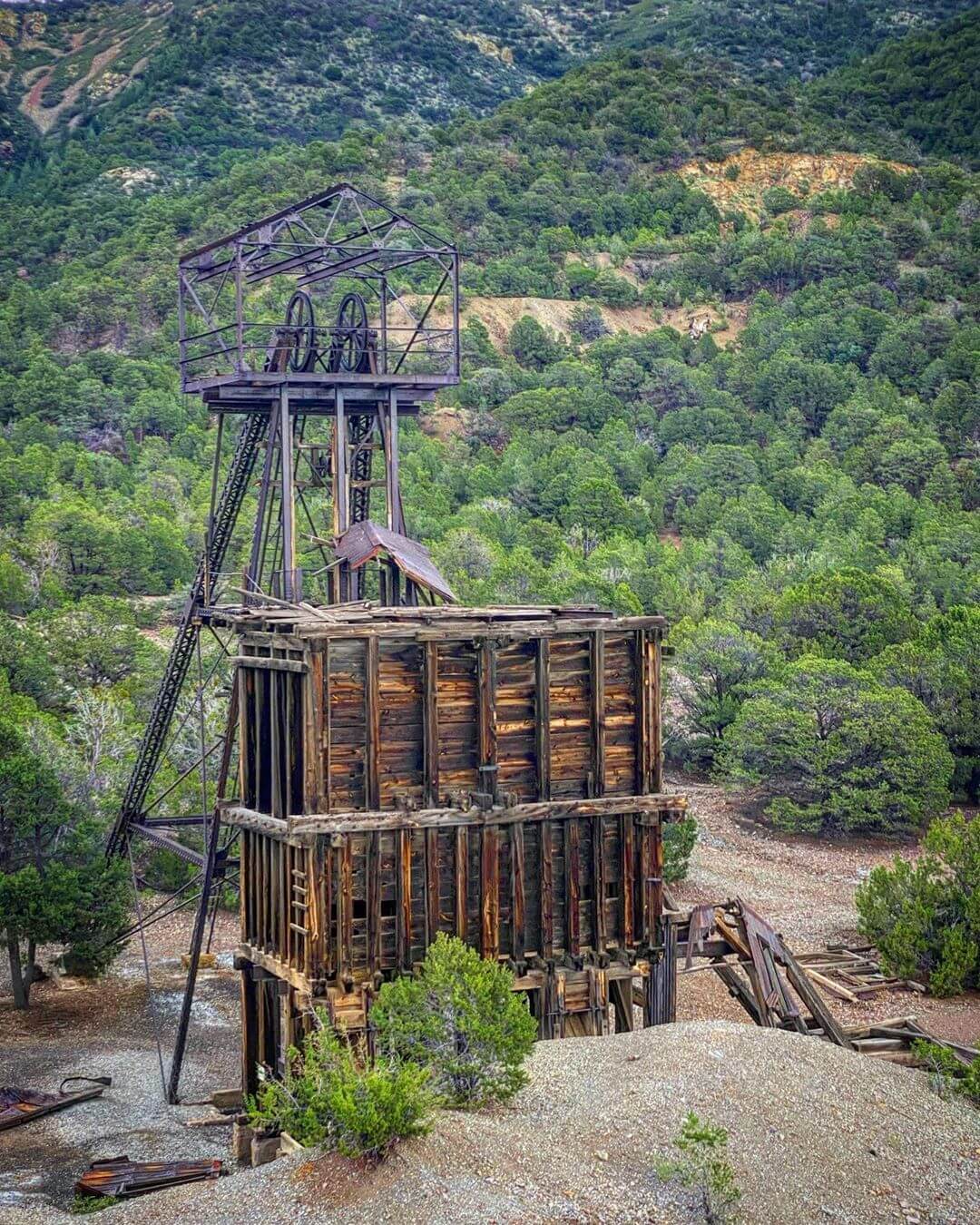 Out of the many ghost towns in New Mexico, Kelly is just minutes away from Magdalena. In its days of lively glory, this town housed 3,000 people. As the typical case, mining is what gave this town the spark of life. When the mine went out, so did the town. Today, the crumbled foundations of the once crowded buildings and streets, and the mine are remnants of the old Kelly.

The Rich Town of Chloride 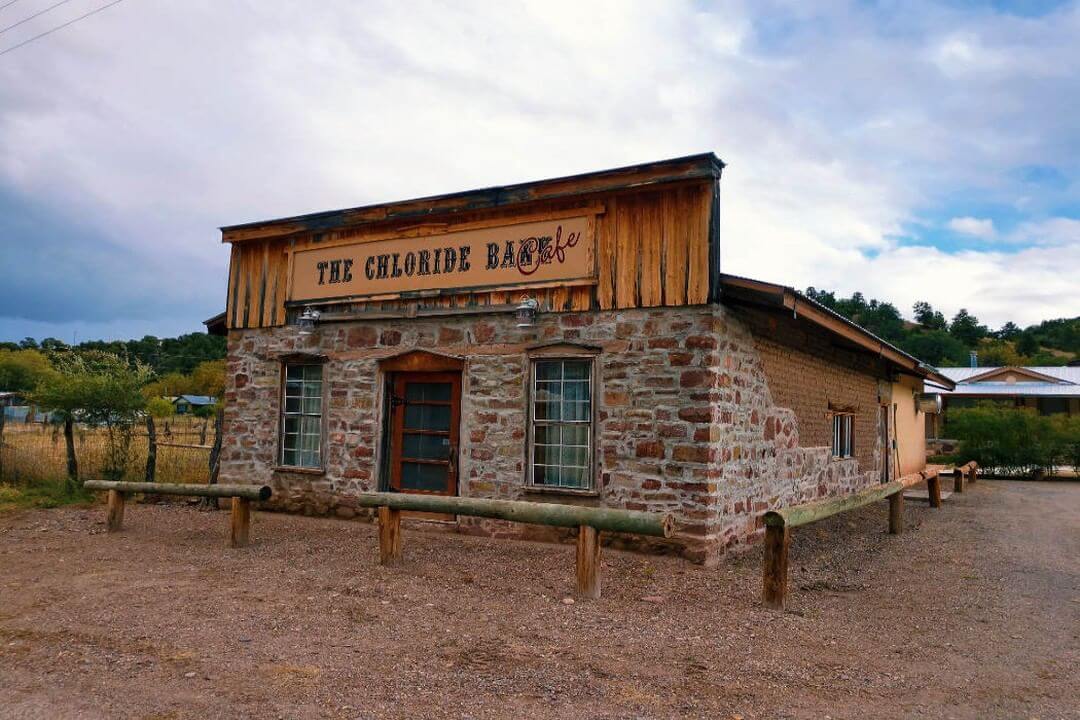 Named after the high-grade silver ore it was rich in, Chloride was the center of the Apache Mining District. Like any other town, it was rich in business, livelihood; a lot happened in this town in its day. But unlike others, this town had a rather dramatic history. Things like typical silver strikes, population boom, Apache raids, salvation by the militia, and many other things came around. And when silver’s value dropped due to gold’s introduction, the downfall of the town’s economy began. Soon after, all that’s left is a couple of the original residents and the rusted adobe bricks of the buildings.

Today, it is one of the interesting ghost towns in New Mexico. 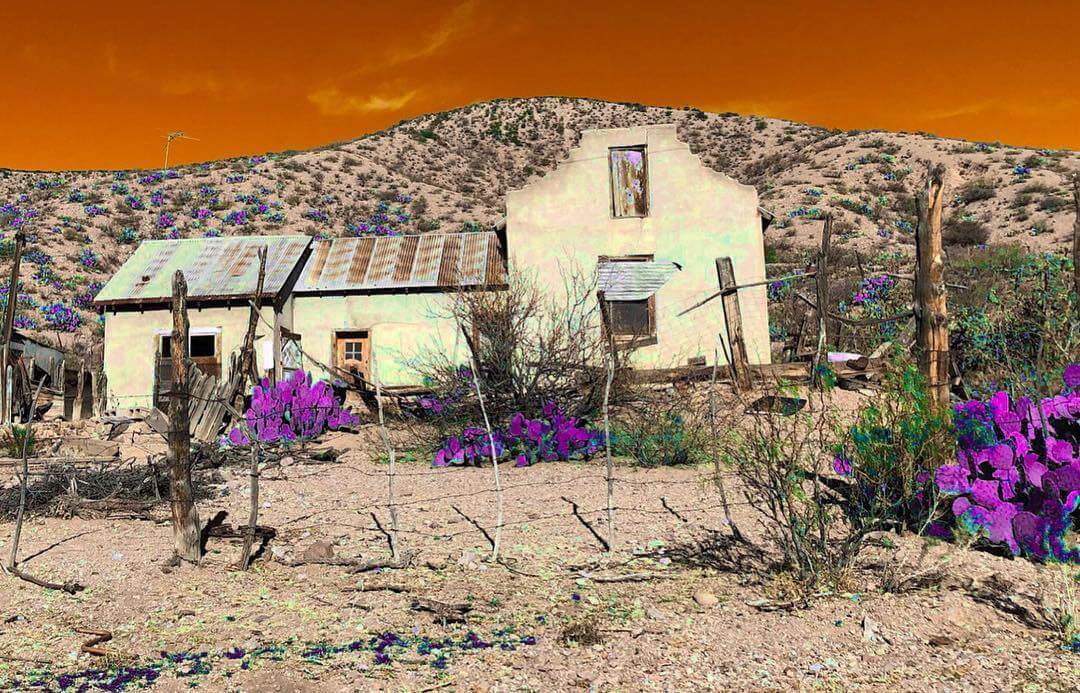 This town once had a thousand families occupying it. But now, there are only less than a hundred living in it. Why? Let’s just say this is one of the unsettling ghost towns in New Mexico because this one has quite the spook factor in it. The original schoolhouse in town burned down from before. Rumors say the cause was a chemistry class project explosion. No wonder there are some spine-chilling stories around that house!

The Copper Mining Town of Hanover 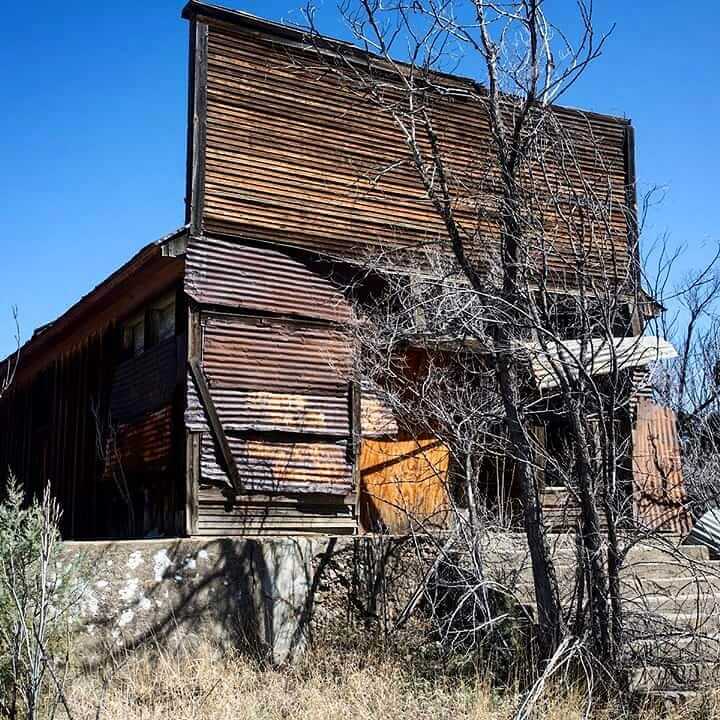 The Copper Mining Town of Hanover once housed a mine built mainly for mining zinc and copper. When the mining died, so did the town. The remains of the houses are still there as well as the mine. Even after all that, this place is still a peculiar sight to behold.

The Brick Plant Town of Ancho 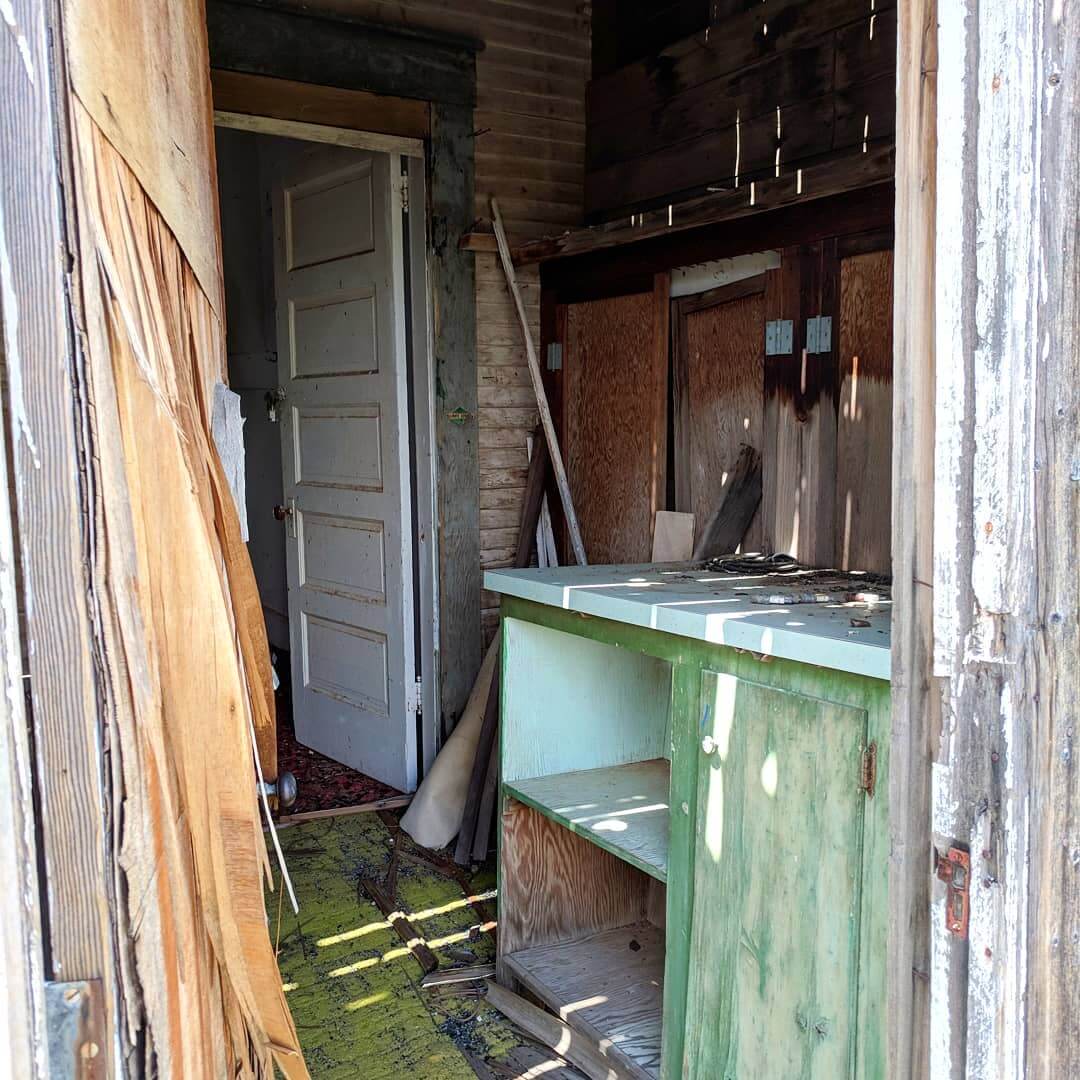 Ancho is known as a former railroad and ranching community. The settlement was established at the turn of the 20th century when some people began to settle the fertile valley, followed by a number of homesteaders who became the area’s first sheep and cattle ranchers. Soon after, miners also roamed the area of gypsum hills in search of the precious metals.

Brick plants were the livelihood of Ancho. This is because it had a great impact on the economy of the people. However, the brick plant closed doors in 1921, and it killed the economy as well as the town. Today, the remaining residents of Ancho do their best to restore the pioneering buildings of what’s left behind. 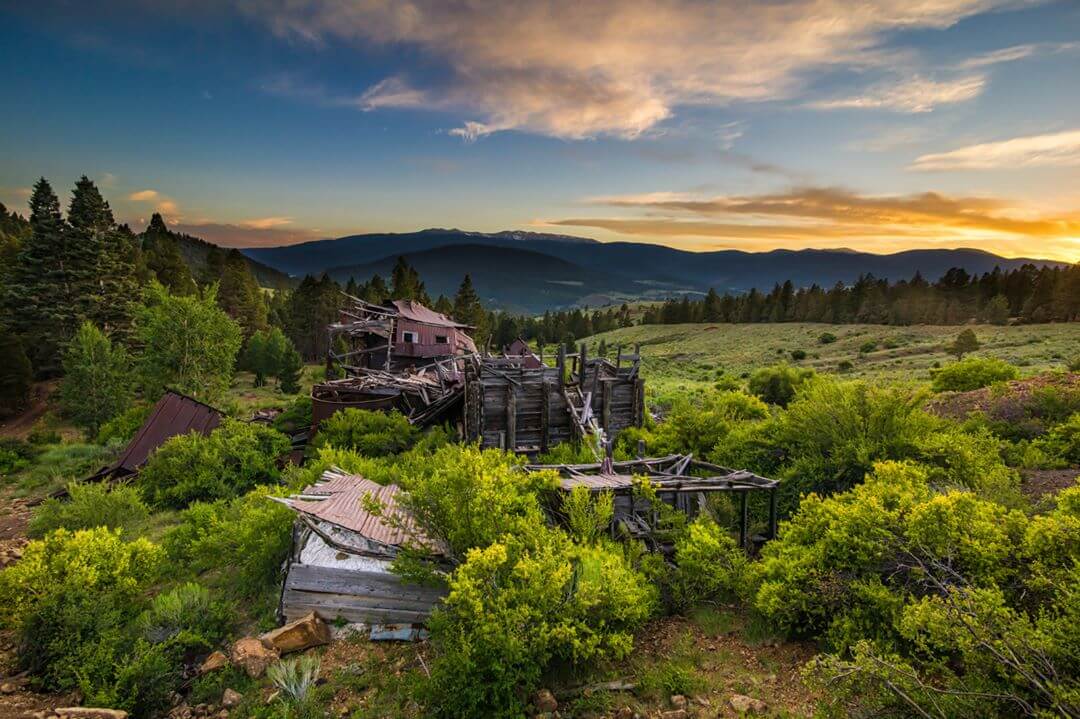 “Sweet, sweet gold.” Elizabethtown started gloriously, with gold mines that hauled in the motherload, and the Mystic Copper Mine. For years, it prospered. It even endured a fire that burnt most of the town, but just like the other ghost town stories, the town died when mining went out.

During its days, Elizabethtown was where serial killer Charles Kennedy once lived, victimizing weary travelers. He killed a total of 14 people, but some suggest the number may exceed that. Kennedy met his demise at the hands of a group of vigilantes, including Clay Allison. Sure enough, you can say that this is one of the ghost towns in New Mexico with a pretty grisly history. 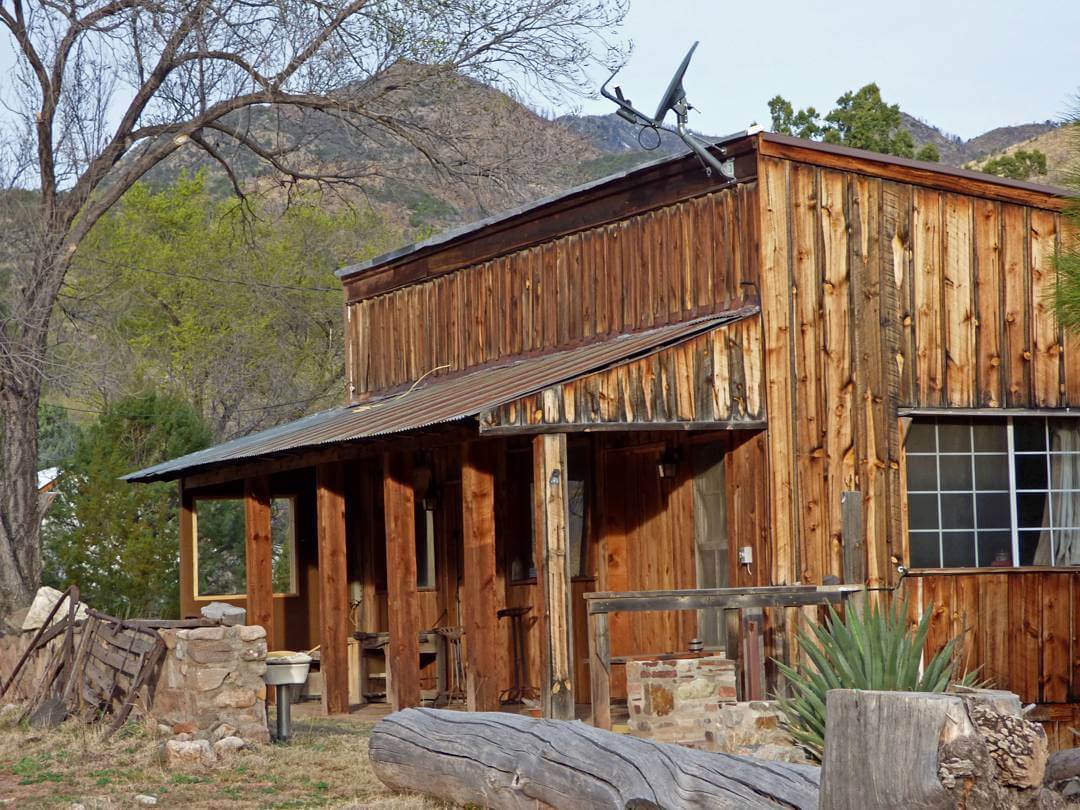 Back in its days, Kingston was the center of a flourishing mining district. Miners in this city worked their hats off and netted millions of dollars worth of silver. Like other ghost towns in New Mexico, Kingston thrived big. It was visited by famous people, from the likes of Mark Twain to Billy The Kid. How cool is that? But if you think the flourishing economy made the community life easy, then you’re dead wrong.

The town also had a piece of negative things such as apache raids, hunger, and illness. When the silver economy collapsed, so did the town, reducing a thousand residents to a few hundred. Take a tour in this ghost town in New Mexico to see the striking Victorio Hotel and the brick Assay Office, as well as the Percha Bank Museum and Gallery. You may also visit the Gila National Forest which is nearby as well. This ghost town in New Mexico is, like the other, definitely deserving of a visit!

These 10 ghost towns in New Mexico would seem like a good idea for a trip, on any casual day, that is. For more thrill, however, try visiting in a spooky season, maybe that way you’ll get more out of your trip around!

Check out other related articles: 15 Scariest Haunted Places in New Mexico for Ghost-Spotting and This Haunted Cave in Arizona Is Believed to Be the Site of the Gruesome Massacre of the Apache by the Navajo.

20 Incredibly Cool Large Things You Will Find Only in Arizona