A scenic train ride can be a fantastic trip in itself. That is if you know the right one to jump on. If you ever get tired of hiking the trails that lead to beautiful waterfalls or exploring the underground lava tubes that transport you to a new world, then just try this New Mexico train ride instead! The view and the experience surely disappoint. 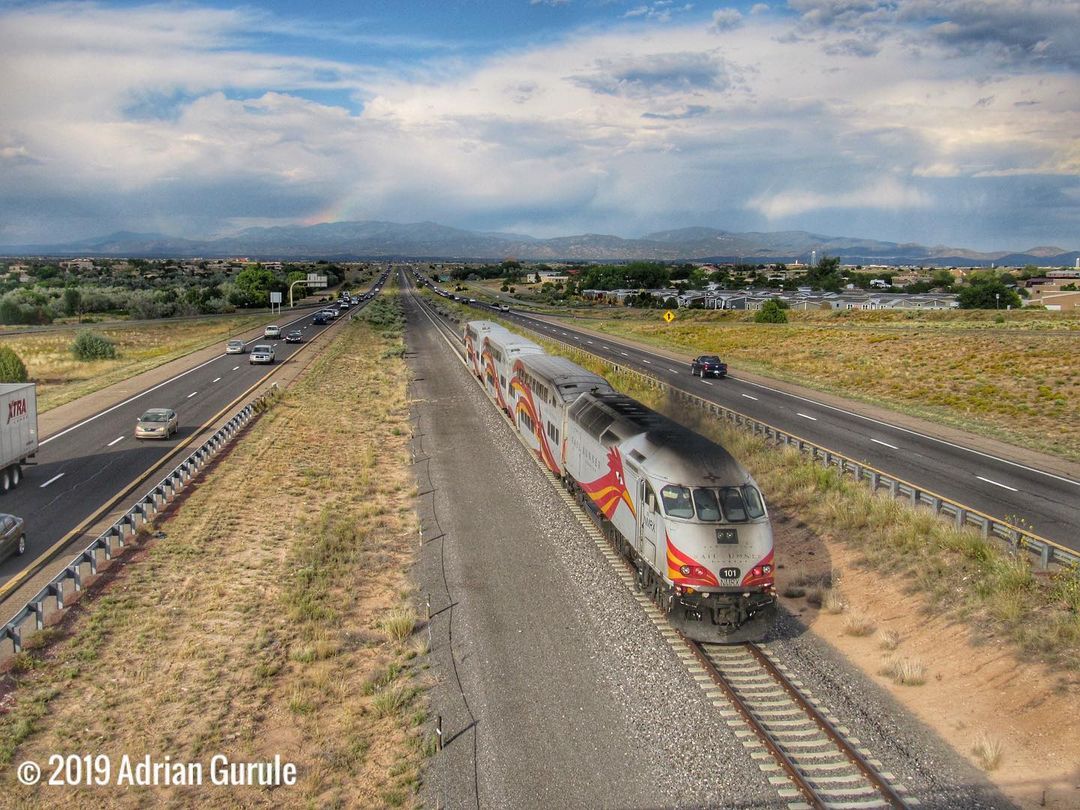 Getting from Albuquerque to Santa Fe is easy. But if you want to have an unforgettable trip, you might as well take it up a notch by riding the famed Rail Runner Express.

The New Mexico Rail Runner Express is the only train offering an easy and quick service from Albuquerque to Santa Fe, the capital of New Mexico. It also makes stops throughout Albuquerque’s metro, zipping through interesting and ancient Pueblo lands. The ride also gives you stunning scenic views on the way to historic Santa Fe. Given that it is a short ride, you probably won’t sleep on the train because your eyes would rather look at the scenery in front of you.

You can say that the scenery between Albuquerque and Santa Fe hasn’t changed much. In fact, some claim it is still like how Don Pedro de Peralta marched his army north along the Rio Grande and founded Santa Fe 400 years ago.

Be in awe of the peaks and buttes of the Jemez and Sangre de Cristo mountains. The visual stunner will delight you – giving you a rich New Mexico experience.

After the mountain view, the tracks also cut through some of North America’s oldest settlements or the Sandia, San Felipe, Santa Domingo, Isleta, and Cochiti Pueblos. You will be treated with glimpses of the villages and mission churches. Just be reminded that the Native Americans living there ask train passengers to refrain from taking photos while passing through. If it’s your first time visiting, please remember to respect this request. 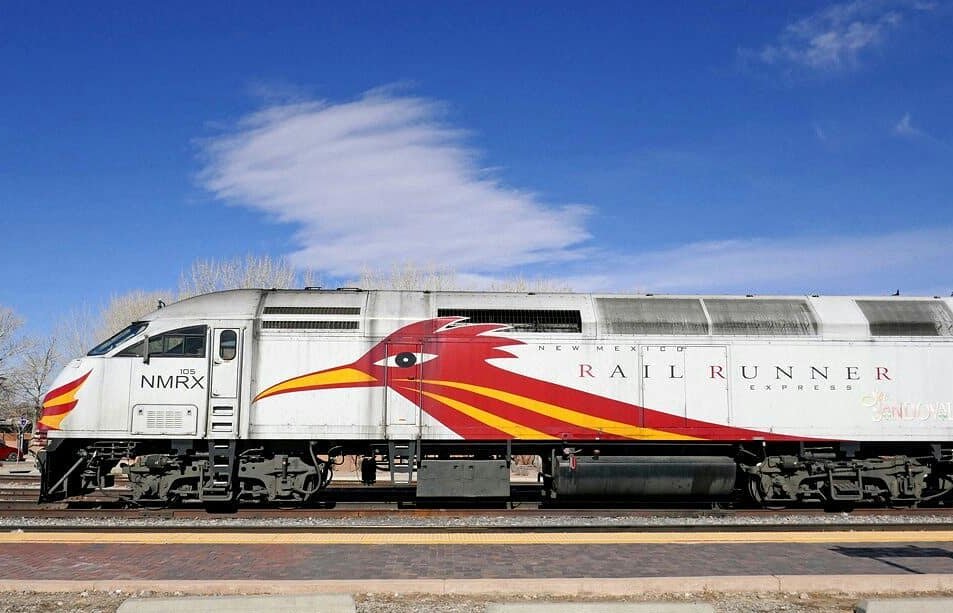 The New Mexico Rail Runner Express connects two cities in an instant. You just need to come in for hassle-free transportation. It doesn’t matter whether you are a local commuter or a visitor, you will surely appreciate this New Mexico train ride. Since its inaugural run, the train has been wildly popular for reasons beyond the obvious economic savings to regular travelers.

The train also mimics the state bird, the roadrunner, as it speeds through the landscape. Not only that, the roadrunner is painted and wrapped around the train, giving the riders a taste of what to expect when they hop aboard.

A Santa Fe Trip to Remember: This Is Possible With This New Mexico Train Ride 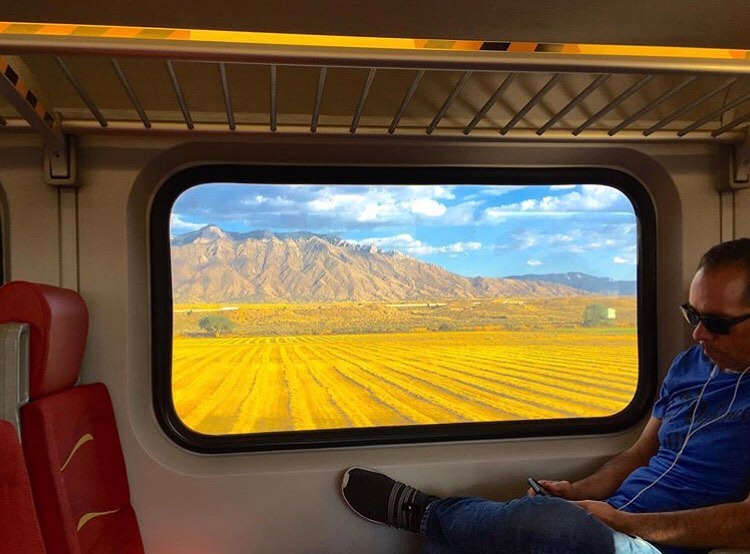 You can count on New Mexico Rail Runner Express for an unforgettable trip! What does a day trip to Santa Fe look like? We are guessing it is filled with truly rich and fun experiences! 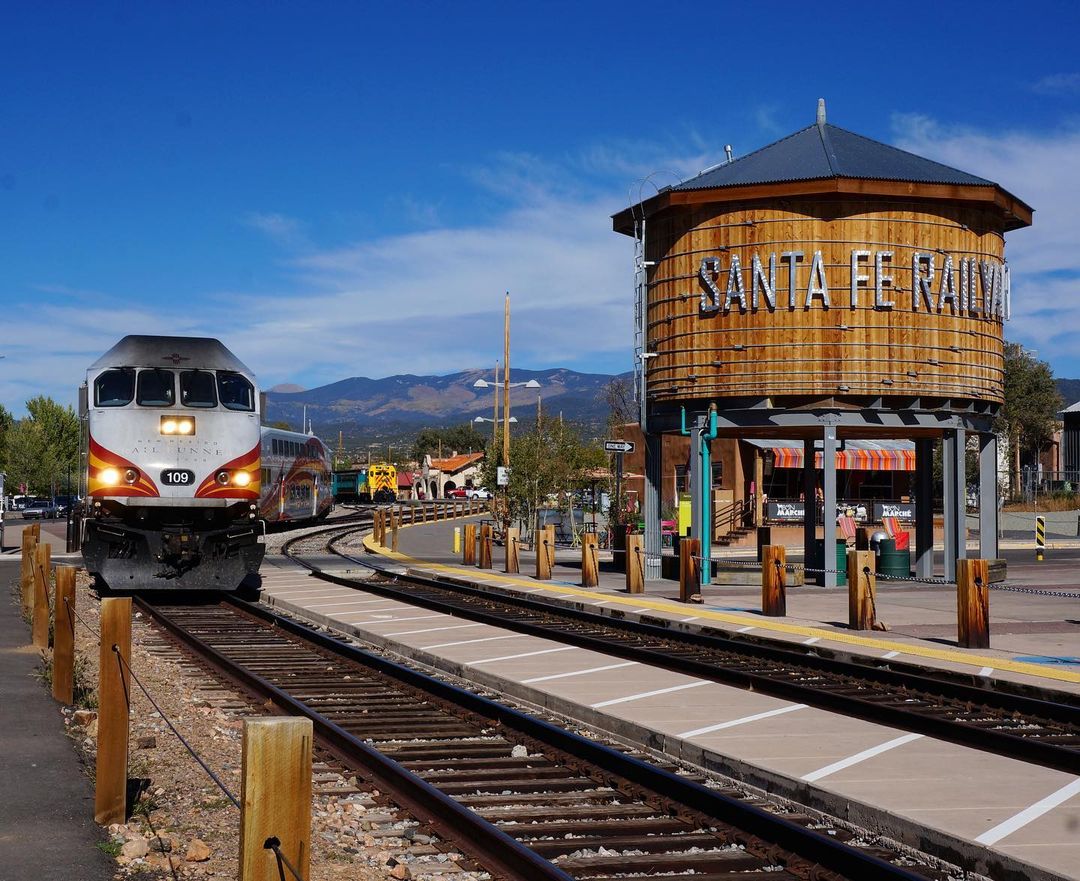 The New Mexico train ride stops at the Santa Fe Depot located in the historic Railyard District. This place is marked by bustling activity as there is an active farmers market where you can choose from the best of locally grown produce and a range of retail shops. You will also have a good time going from restaurant to restaurant.

One block away, you will see many craft stores, antique shops, and galleries, lining South Guadalupe.

Santa Fe Depot is a 50-acre mixed-use redevelopment of former industrial buildings and land owned by the city. It is currently managed by the nonprofit Santa Fe Railyard Community Corporation. 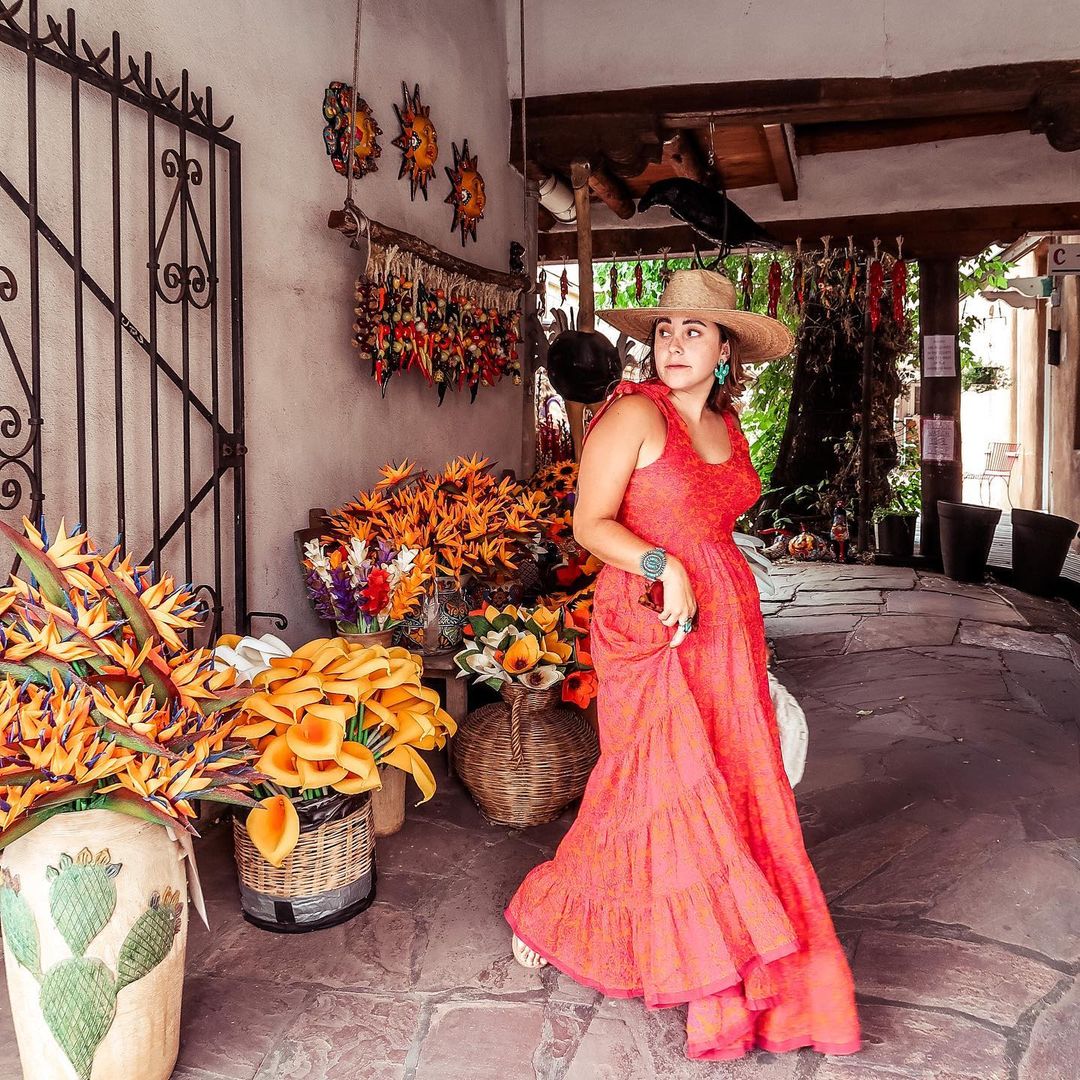 The New Mexico Rail Runner Express also takes you to the 400-year-old plaza considered the heart and soul of Santa Fe. You can ride the free Santa Fe Pick-Up shuttle at the depot and be in awe of the Main Library and 19th-century Cathedral-Basilica of St. Francis of Assisi. There is also a museum shuttle that takes you to Museum Hill.

Feed your curiosity and check out the stuff sold by the Native American vendors that line the sidewalk in front of the one-story Palace of the Governors, built in 1610. There are also some stores surrounding the plaza. You can choose whether you want to get a souvenir or take a look at the high-end galleries and Southwestern fashion boutiques.

In addition, this area is where you’ll also see the Museum of Fine Arts, Georgia O’Keeffe Museum, New Mexico History Museum, and the Institute of American Indian Arts. 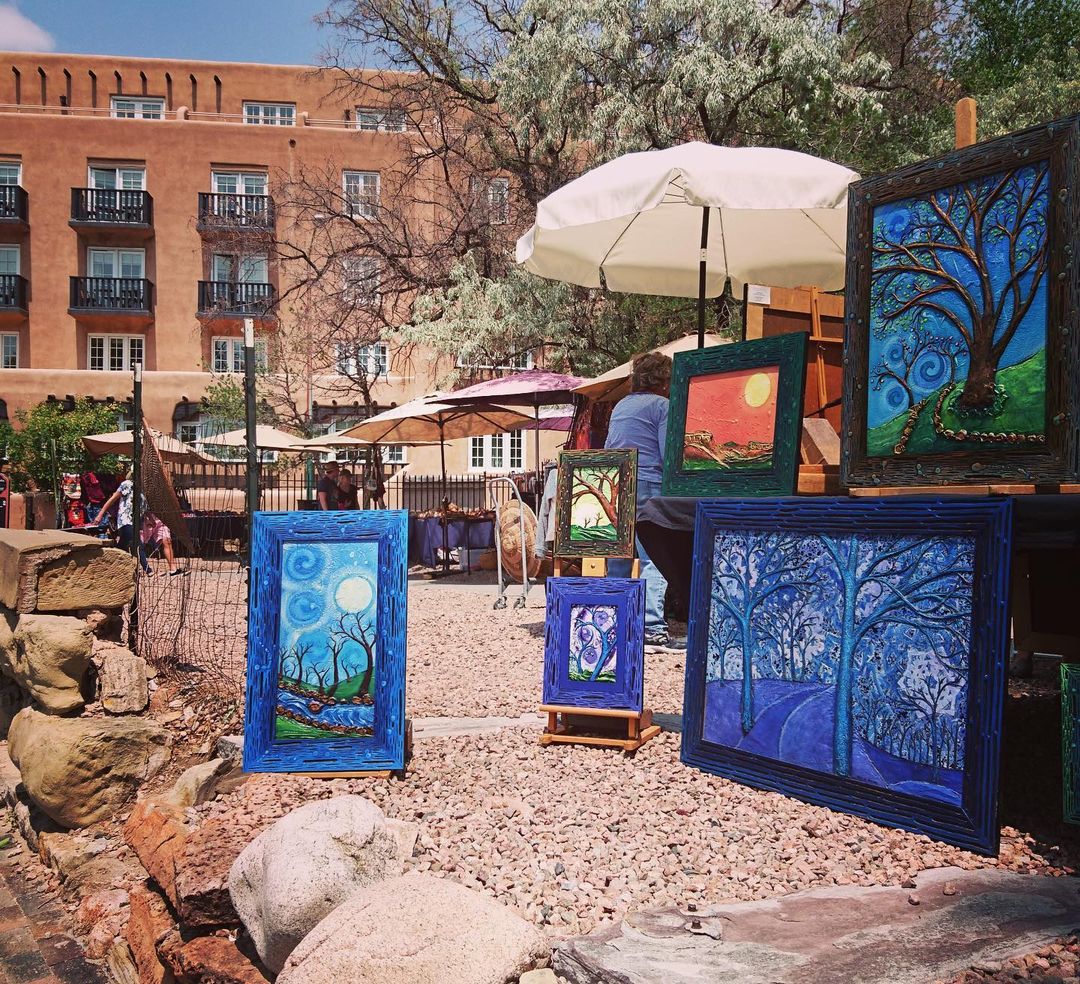 Do you love art? Then you will love this particular stop. There are many art galleries around here, revolving around contemporary art. It will give you a rush, but may also challenge your credit limit. Remember to shop responsibly! 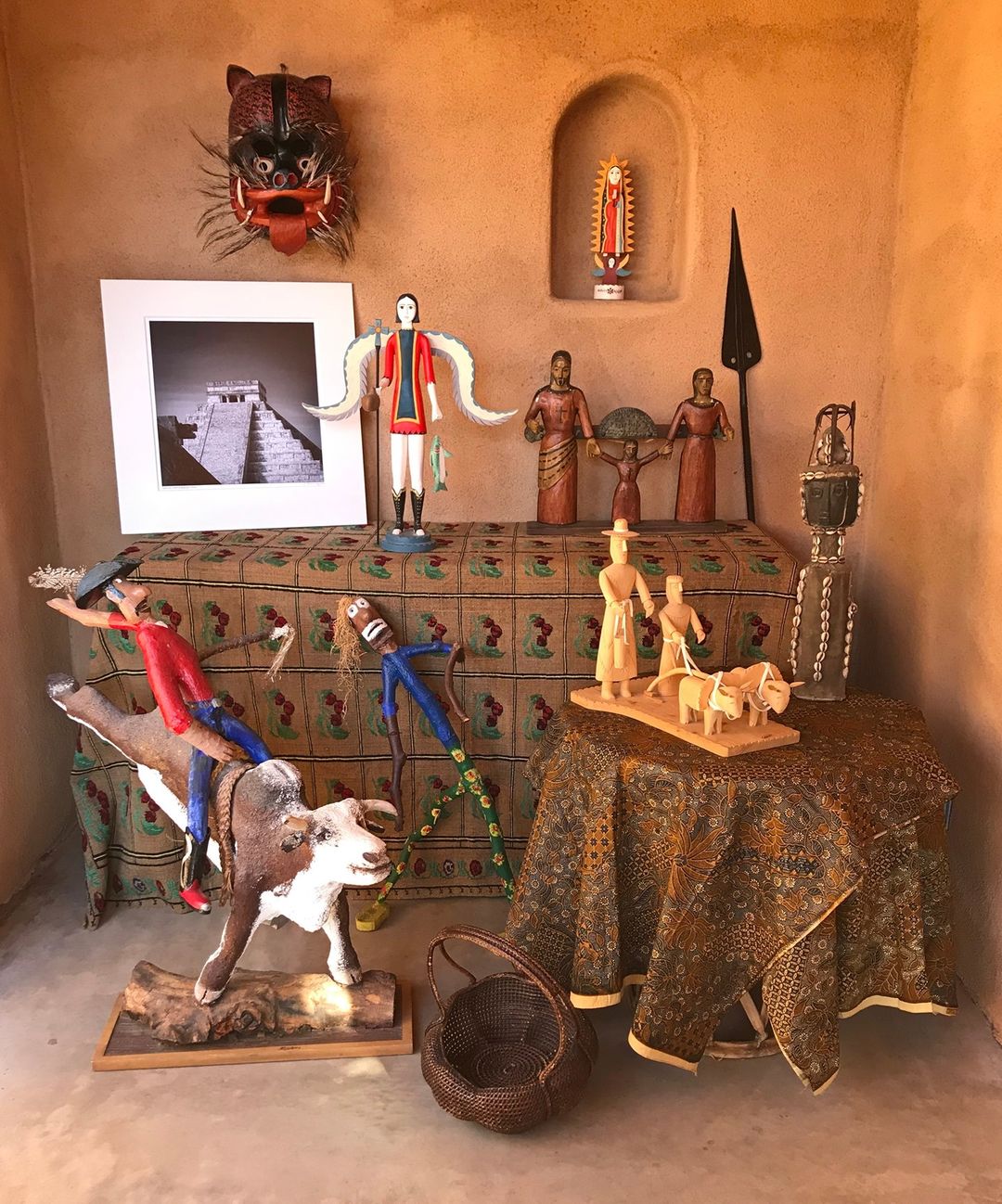 If outdoor sculptures are more your thing, you will appreciate coming down to check out Museum Hill. The courtyard has many sculptures from renowned Native American artists. There is no saying how fast your visit to this place will be. You can easily spend the whole day exploring the four world-class museums since there are over 70,000 objects from native cultures of the Southwest, ranging from ancestral artifacts to cutting-edge contemporary art.

In addition, the Museum of International Folk Art houses a fun collection of toys, textiles, and religious art from cultures around the world. You will see many dioramas with hundreds of hand-carved figures, depicting aspects of indigenous village life.

Don’t forget to drop by the Wheelwright Museum of the American Indian, as well as the Museum of Spanish Colonial Art. Once you are done looking at unique art, you can just kick back in comfort at the New Mexico Rail Runner Express and soak in the beautiful views on your way back to Albuquerque. 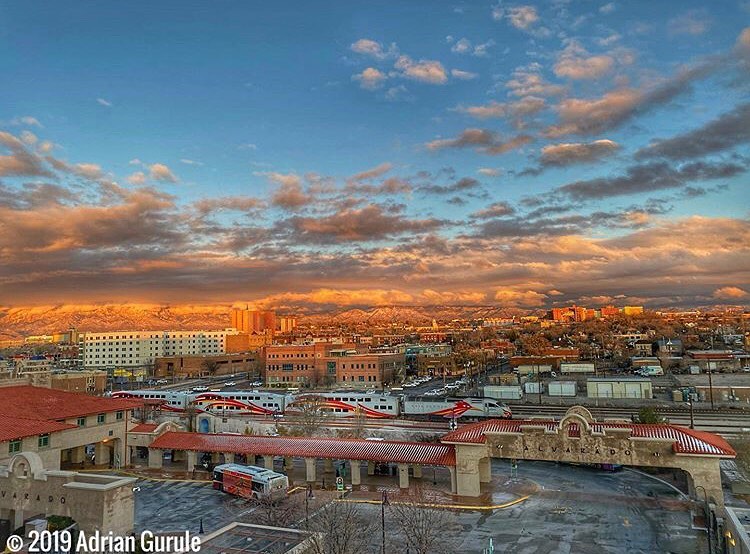 Aside from this beautiful New Mexico train ride, go check out 10 Breaking Bad Film Locations You Can Visit in New Mexico or the 15 Scariest Haunted Places in New Mexico for Ghost-Spotting.