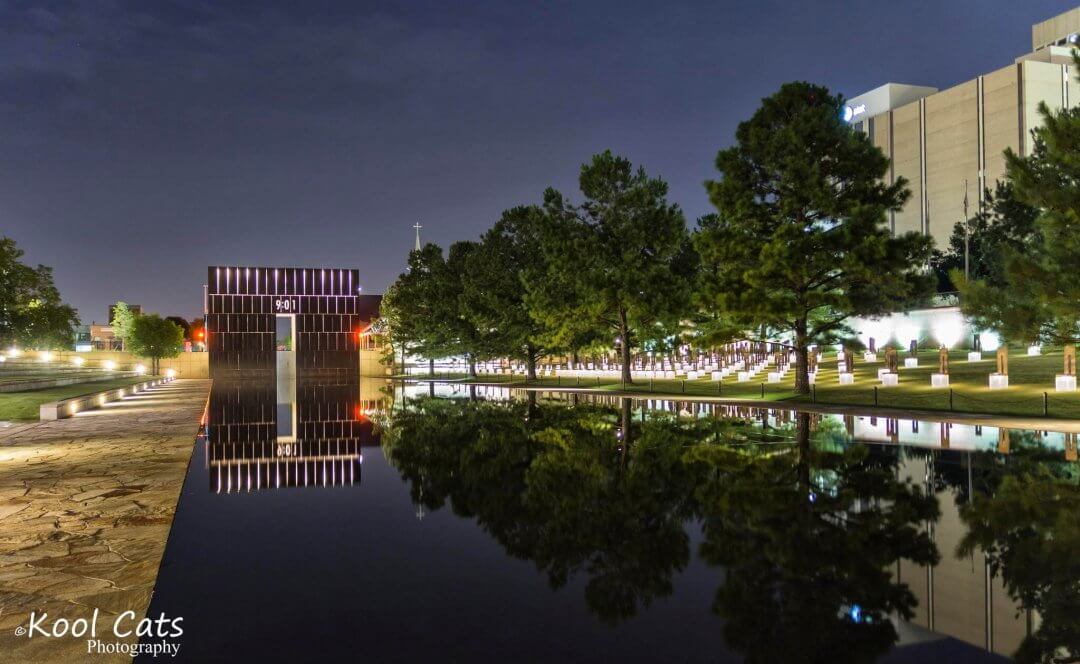 The Oklahoma City Bombing Memorial May Change Your Life

The Oklahoma City Bombing Memorial is a must-see for anyone visiting the state. The memorial shows us that from tragedy and terror we can build beauty in its place. April 1995 was a bad year for Oklahoma City when domestic terrorists Timothy McVeigh and Terry Nichols. The bombing destroyed one-third of the building. It killed 168 people and injured more than 680 others. Along with the main target, the Alfred P. Murrah Federal Building, the blast destroyed or damaged 324 other buildings within a 16-block radius, shattered glass in 258 nearby buildings, and destroyed or burned 86 cars. The bombing caused an estimated $652 million in damages. But today it stands one of the most beautiful memorials in the United States. It reminds us that courage in the face of terror and compassion for others is far more powerful than causing terror.

The memorial includes a reflecting pool flanked by two large gates. One is inscribed with the time 9:01 and the other with 9:03. The pool represents the moment of the blast. On the south end of the memorial is a field of symbolic bronze and stone chairs—one for each person lost, arranged according to what floor of the building they were on. The chairs represent the empty chairs at the dinner tables of the victims’ families. The seats of the children killed are smaller than those of the adults lost. On the opposite side is the “survivor tree”, part of the building’s original landscaping that survived the blast and fires that followed it.

What Still Remains of the Building?

Unfortunately, there isn’t much left of the building. Only the stairways up to the memorial combined with a few outer-walls are all that is left of the original building. This allows visitors to see the scale and get a better sense of the terror and destruction.

The western side of the chainlink fence was put there after the bombing to protect people from the wreckage. It still stands for family members, friends, and anyone else to leave flowers and other items in memory of the fallen.

What Does the Inscription on the Oklahoma City Bombing Memorial say?

“We come here to remember those who were killed, those who survived and those changed forever. May all who leave here know the impact of violence. May this memorial offer comfort, strength, peace, hope and serenity.”

This is a memorial for an awful act of violence. But it is absolutely beautiful. And is truly an important place for every traveler to visit. It gives perspective to our mortality. It gives us faith in humanity. Perhaps most importantly though it reminds Oklahoma City visitors that most of us stand united against terrorism. And as long as we stick together, we will never succumb to terror but instead, we will celebrate life. 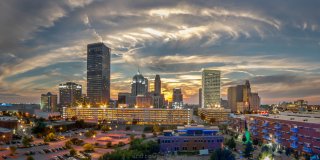 6 Things To Do in Oklahoma City For a Great Time 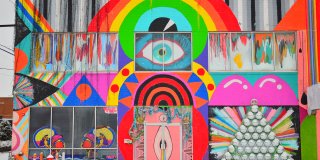 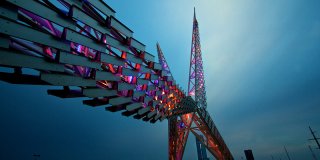 10 Amazing Sculptures in Downtown Oklahoma City You Must See

Get more Oklahoma stories
in your inbox!

Get the most popular Oklahoma stories everyone's talking about sent to you every day!