Have you ever heard the song by Jordin Sparks called “Virginia is for Lovers? “Well, that has been a long-time tourism slogan of the state. With its romantic scenery, you can’t help but fall in love with this state. Here are the 18 best things to do in Virginia: 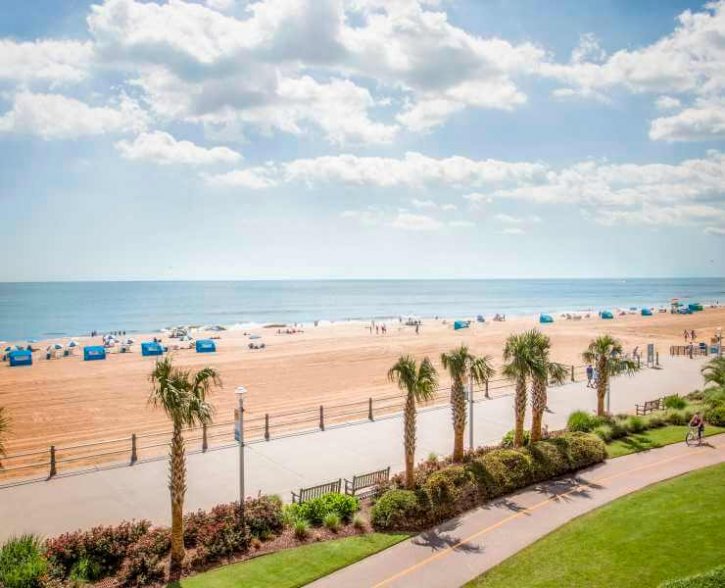 Possibly the first thing one your mind if you hear about Virginia is its awesome beach. Virginia Beach is widely popular, not only in the United States of America but also in the whole world. There are a lot of activities in store for you around the beach like amusement parks, restaurants, resorts, hotels, and other recreational activities. While swimming at the beach is free, the hotels nearby may be costly. 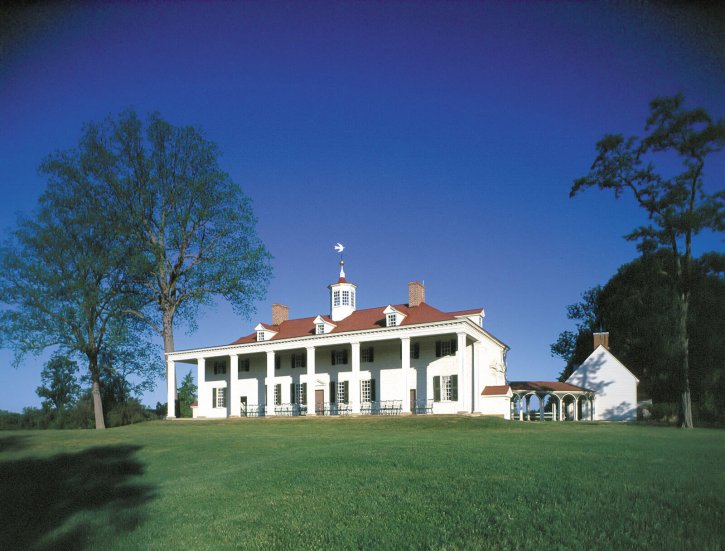 It was once a plantation of the late George Washington that bloomed into one of the historical landmarks of Virginia. Here, visitors can explore the gardens and exhibits in Mount Vernon. 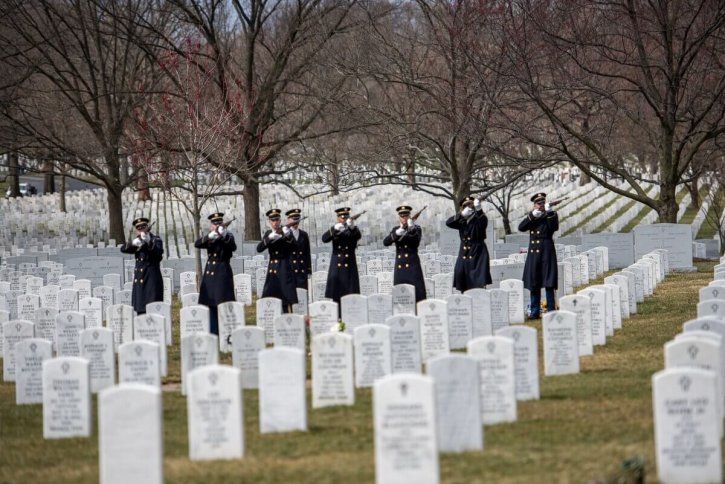 Pay a visit to the fallen heroes and veterans during the Civil War in this 624-acre cemetery. Not only those who fought during the wars are buried here but also some military personnel, Nobel Prize winner George C. Marshall and former president John F. Kennedy.

4. Have a Good Time at Shenandoah National Park 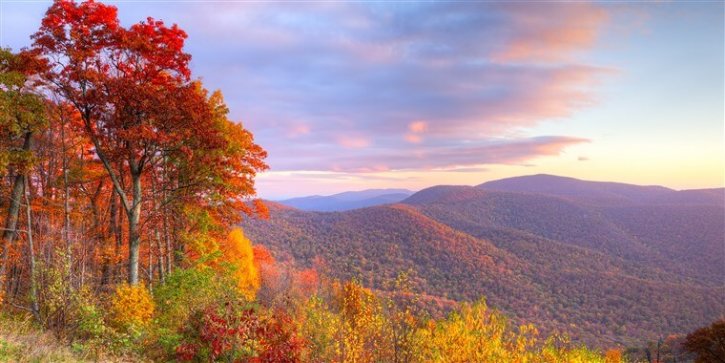 Enjoy the iridescent view of the Blue Ridge Mountains at the Shenandoah National Park. You can also enjoy the outstanding view while experiencing the Skyline Drive. Or if you want physical activities, try the breathtaking hiking trails during the autumn season.

5. Time Travel to the 18th Century at Colonial Williamsburg 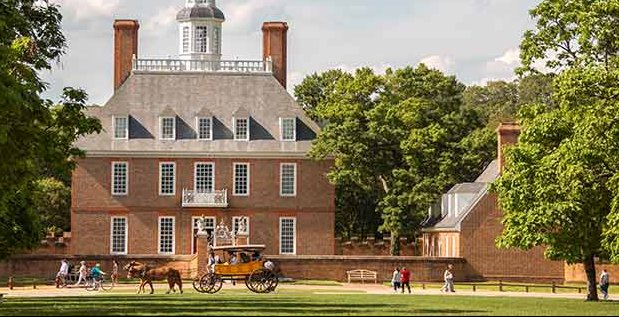 In Williamsburg, some guides wear costumes to make it seem realistic and enact how Americans from Virginia lived during the time of Thomas Jefferson and George Washington.

6. Go to the Busch Gardens in Tampa Bay With Your Family 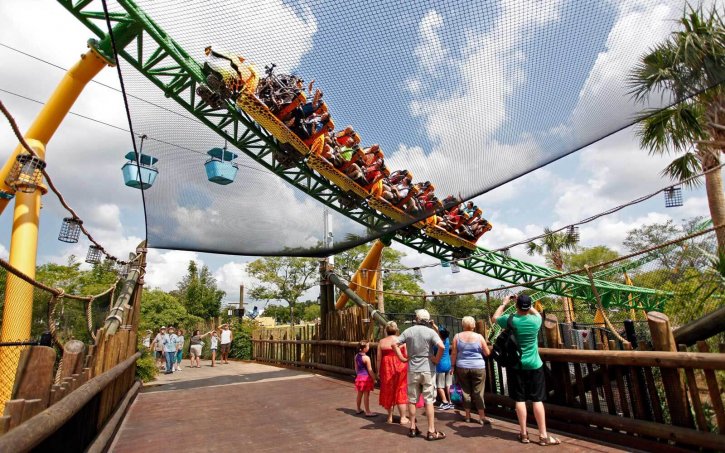 Busch Gardens is not only a garden itself but also a zoo and amusement park. Be thrilled to see different kinds of animals and at the same time enjoy rides that will bring you to the extreme like roller coasters. It’s also a great place to take your pictures and appreciate its wonderful landscapes. 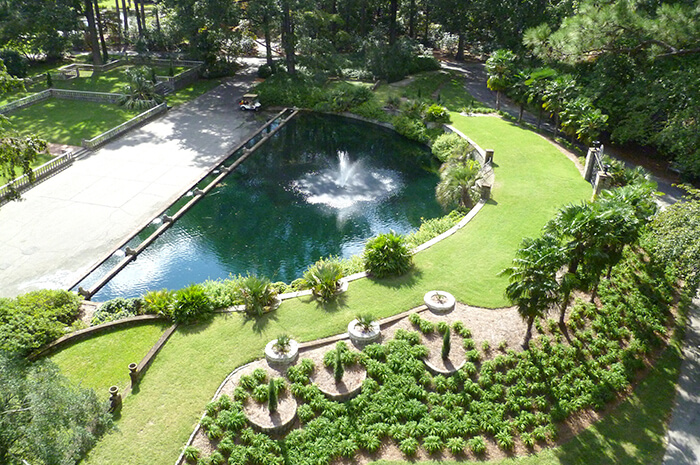 Young and old will enjoy the visual feast of Norfolk Botanical Garden. The outdoor garden has a lot to offer: colorful flowers and other significant landmarks that are perfect for photo-ops. There are different themed gardens like Japanese, Rose, and Healing Gardens. You can roam around the gardens using a vehicle that looks like a big golf cart too.

8. Ride the Day Away at Kings Dominion 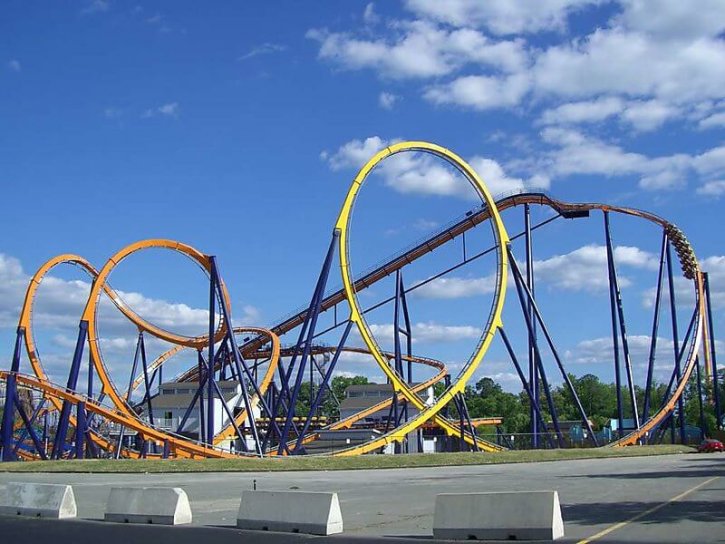 Another amusement park on the list is Kings Dominion. It’s not only for thriller rides but it is also a water park! Hitting two birds with one stone right? You can swim then go for rides.

The Monticello is one of the presidential homes people are looking forward to visiting. It is considered as one of the finest country houses in the state. Former President Thomas Jefferson designed it himself in a Palladian style.

Here, you can see an exhibit of his inventions.

10. Pretend to Be an Astronaut at Steven F. Udvar – Hazy Center

In the state for lovers lies a place where you could express your love for space. The Steven F. Udvar – Hazy Center is known as the extension of Washington D.C.’s Smithsonian’s National Air and Space Museum. This museum houses thousands of collections from artifacts to aircraft that would impress visitors. 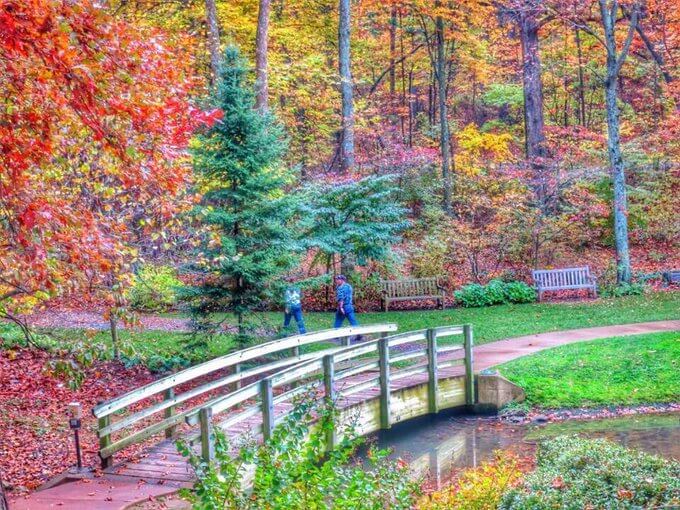 The Edith J. Carrier Arboretum is where visitors can do hiking to make the most out of their stay in the arboretum. You can also participate in the experimental planting area and see how they grow hybrid azaleas. 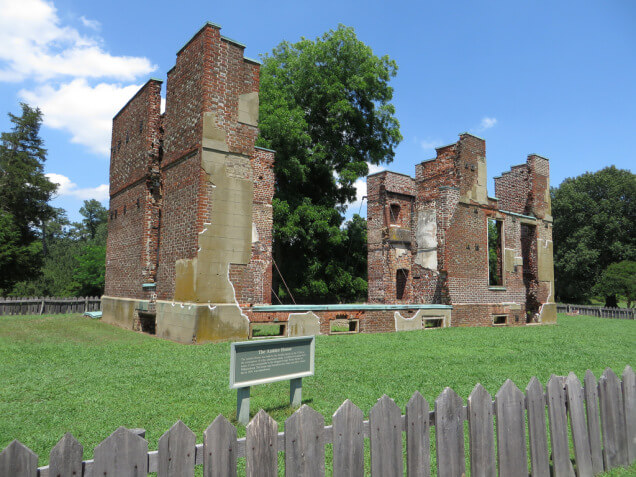 See Jamestown and Yorktown with your bike at the Colonial National Historical Park. It is considered historical because this is where the revolution was finished. If you are familiar with the Disney film Pocahontas, you’ll figure out that it is based on a true story and you can find the statues of Pocahontas and John Smith in Jamestown.

13. Discover the Collections at the Mariner’s Museum and Park

Interested in anything maritime? Visit The Mariner’s Museum and Park to see a wide variety of collections from artifacts, sculptures, miniature ships, steam engines, paintings. 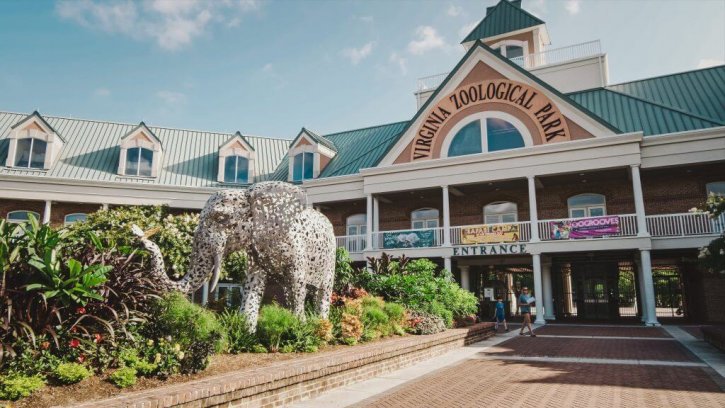 Located in Norfolk, Virginia, this zoo caters big animal attractions like having Trail of the Tiger, orangutans, tapirs, rhinoceros hornbills. Most of them came from Asia it’s a must-see. 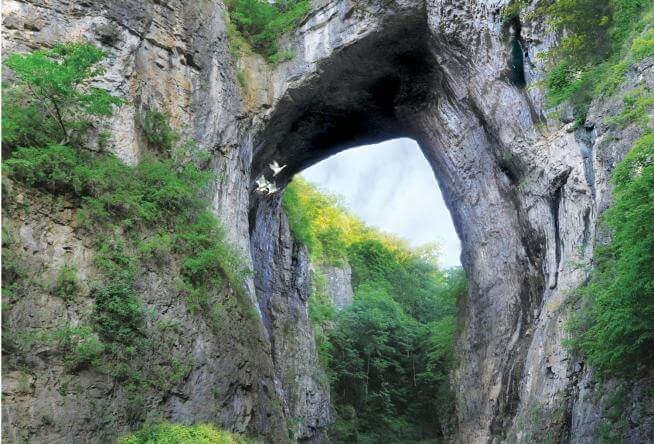 One of the famous landmarks in Virginia is the Natural Bridge which stands 215 in height and is 90 feet long. Why is it called a Natural Bridge? It’s because it wasn’t created by men but it is due to the collapse of a cavern near the Cedar Creek. 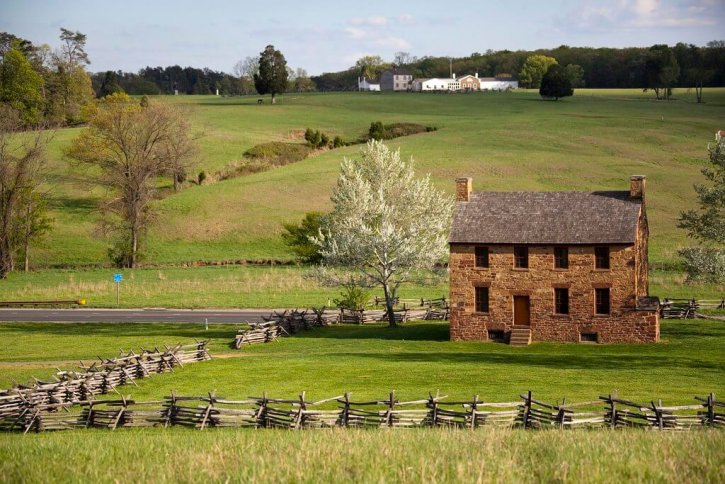 The Manassas National Battlefield is a hauntingly beautiful preserved site and a battlefield during the Civil War. You’ll learn about the history of how Manassas won the battle and see a lot of birds around the area.

17. See the Impressive Stalactites and Stalagmites of the Luray Caverns 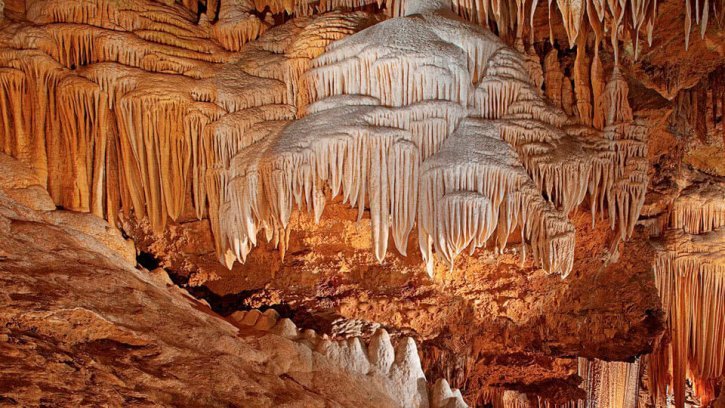 Go beyond the caves and appreciate this wonderful natural landmark. There are a lot of limestone crystals that have been there for centuries! Be sure to see and listen to the Great Stalacpipe Organ which is a musical instrument made by stalactites.

18. Be Surprised at the Virginia Living Museum 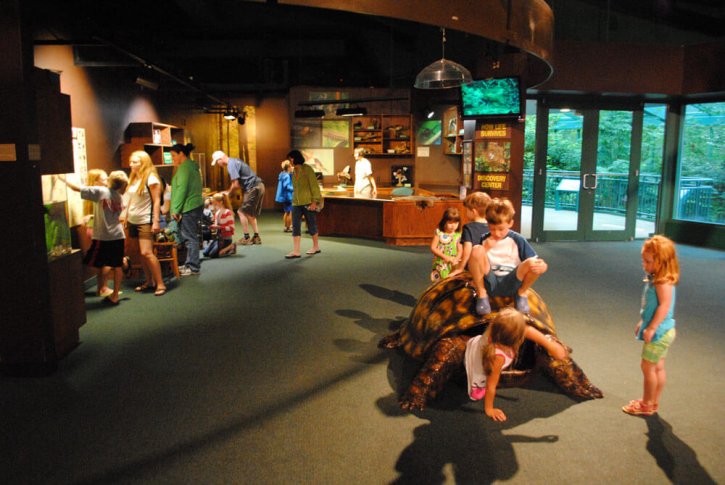 With the name itself, you would have an idea what it is to see in the Virginia Living Museum; living things. Domiciled in Newport News, this is an open-air museum that caters to diverse living exhibits of species. For lovers of knowledge, it would be a haven to learn more about them as well as enjoying its aquarium, science centers and more.

If you were to pick your favorite thing to do in Virginia, what would it be?

10 Exciting Things to Do in Winchester, VA That You’ll Remember Forever