You’ve already seen the cool underground attractions in Arizona, which are mostly interesting caves with gigantic rock formations. But what else is there to see? The Copper Queen Mine used to be one of the richest copper mines in history, and it is responsible for Bisbee’s prosperous mining heritage back in the days. Wear your hard hat and prepare to be amazed! We’re here to take you back in time. 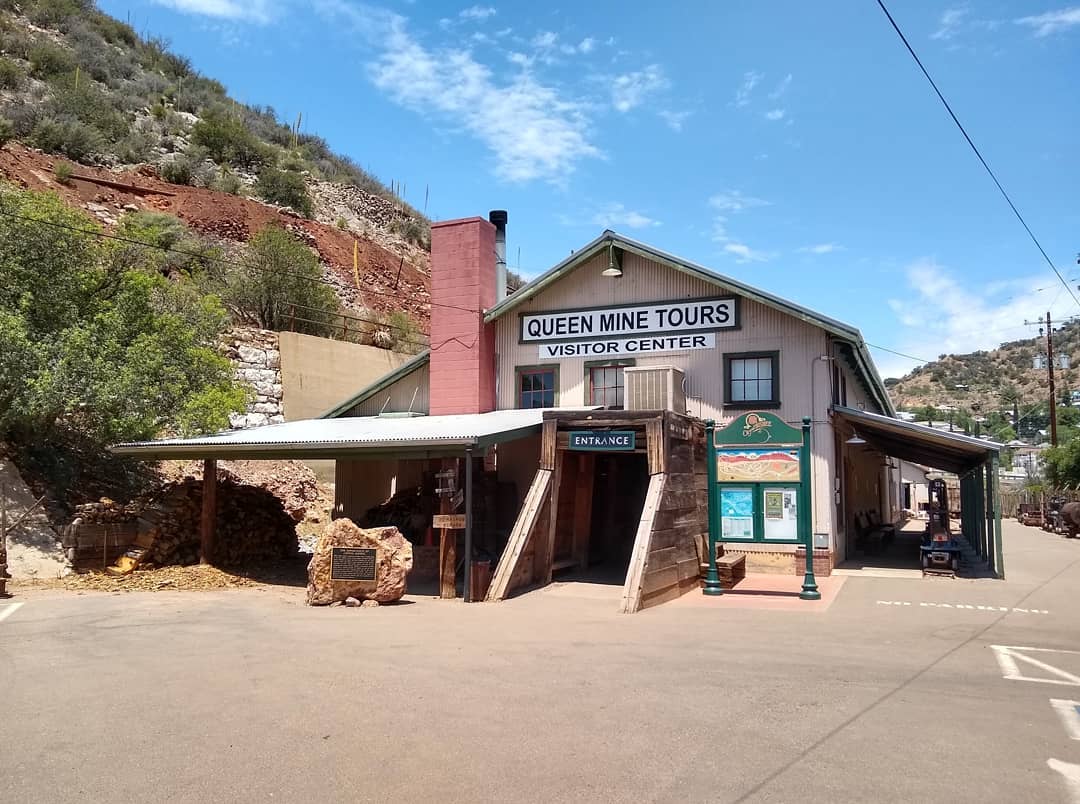 Who knew a mining claim in the Mule Mountains is brought about by a member of the U.S. Calvary who wandered out and looked for water sources? In 1877, Lt. Dunn and his men went on a scouting mission and headed for a spring in the Mule Mountains to camp for the night. They found themselves on fairly flat ground in the canyon below the spring, which is now the site of the Old Bisbee. Lt. Dunn walked around after dinner and found an interesting rock, and then a few more along the slope of the south wall of the canyon.

It was quite a discovery. He originally worked a deal with a prospector named George Warren. The agreement was Warren would locate claims and work the property, with Lt. Dunn as a partner. However, that agreement turned a bitter turn when Warren didn’t keep his word, found new partners, and left Dunn out of the deal. 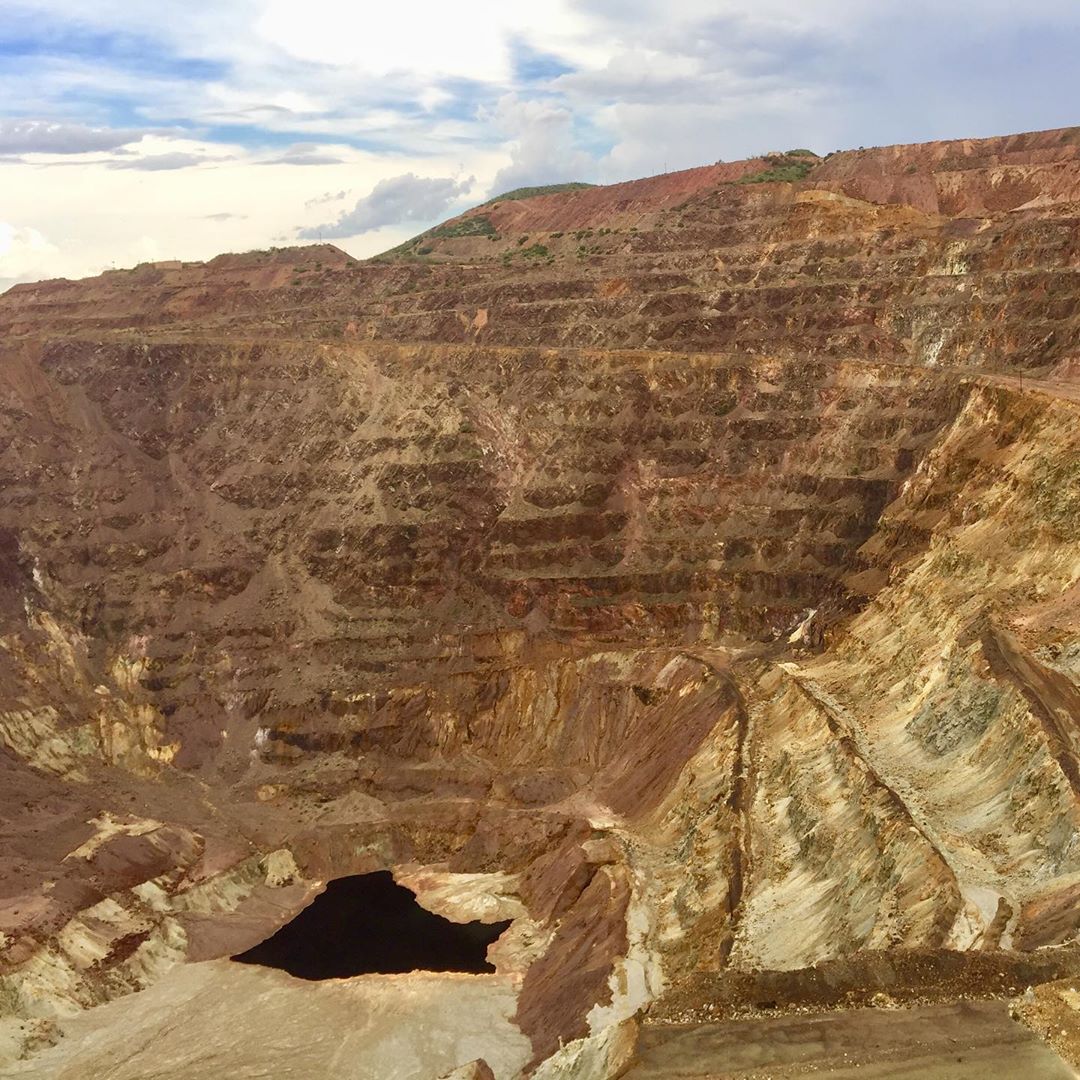 The copper production began on a limited basis around 1880. It wasn’t long until powerful men and companies with capital became involved and took over the individual claims, and brought them into production. The dominant force in the place’s mining history was Phelps Dodge Corporation, and it is recognized as one of the largest copper producers in the United States.

When the Bisbee underground mines closed in 1975, then-Bisbee mayor Chuck Eads had an idea to open a mine tour through a portion of the world-famous Copper Queen Mine. Through this, many tourists can still learn about the history of mining in Bisbee, and keep the community interesting. This initiative got the full support of many, with volunteers clearing out thousands of tons of fallen rock as well as re-timbered the old workings. The local effort was also supported by the Economic Development Administration, and they approved a large grant to the City of Bisbee to help with the mine tour project. The grant was also used for other improvements designed to boost the city’s tourist business.

Visit Copper Queen Mine for an Authentic Mining Experience 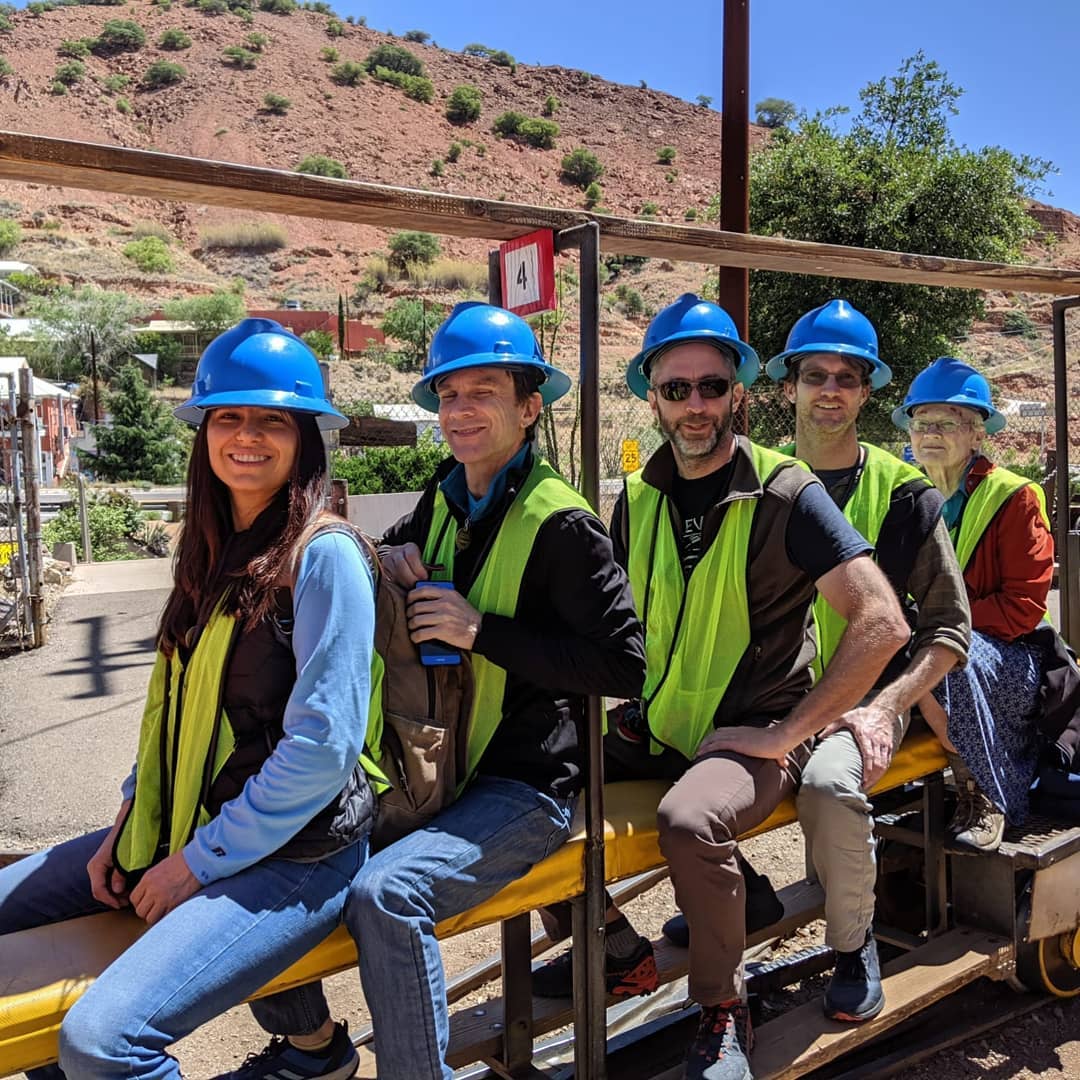 The Queen Mine Tour has been going on for more than 40 years now. Since its opening in 1976, more than a million visitors from different states and foreign countries have enjoyed their journey into the mountain. It is truly an authentic mining experience that will keep everyone interested and happy because the journey will take you through the pages of time.

The Copper Queen Mine may be closed, but it continues to operate as a historical tourist spot, and is led by the retired miners of the Phelps Dodge Corporation. Obviously, they know this place better than anyone else! 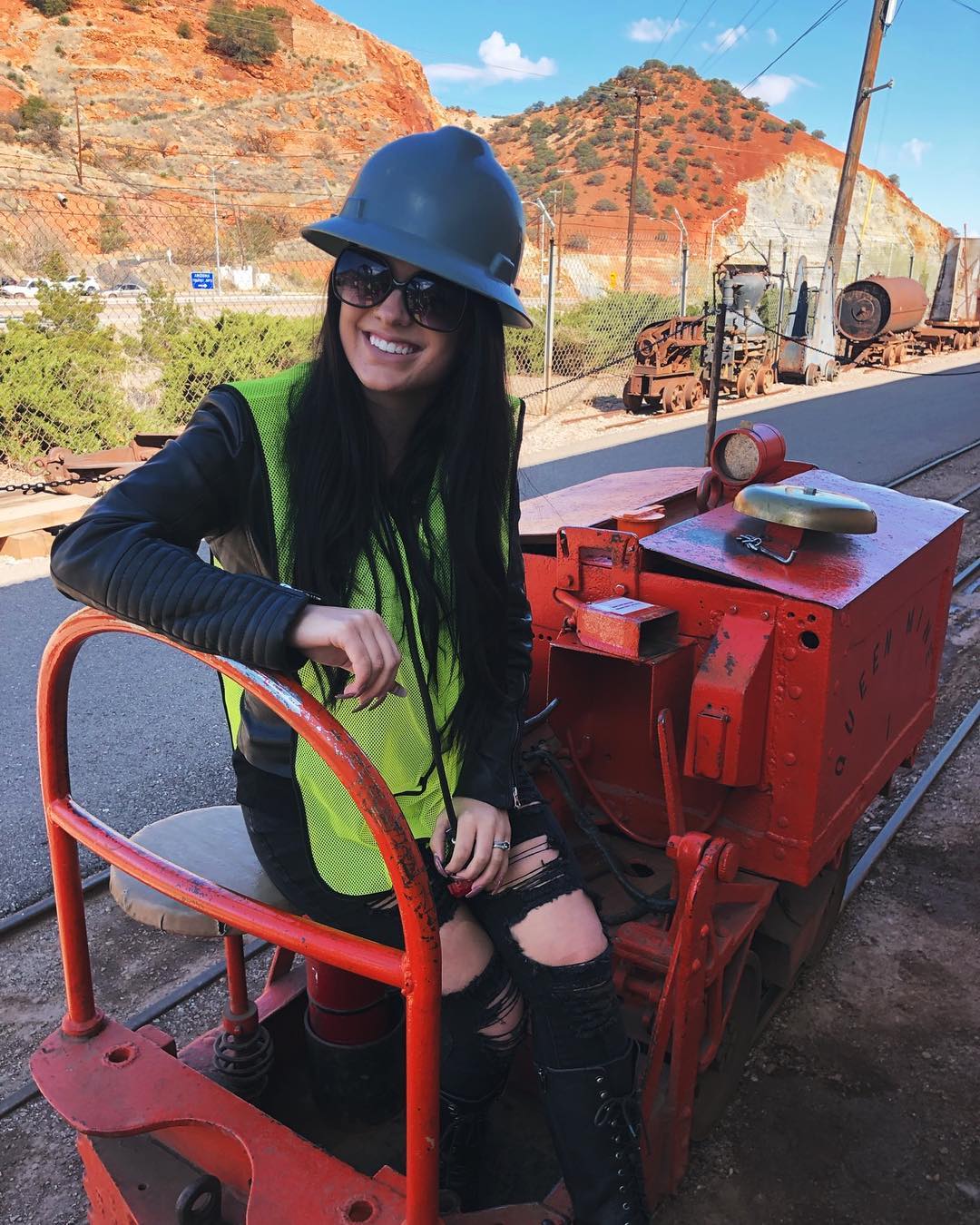 Don your yellow or orange slicker, hard hat, a miner’s headlamp, and prepare to ride into the Queen Mine Tour! You will ride 1,500 feet deep into the mine, and recount the days of those who worked here as you go further into the mine. 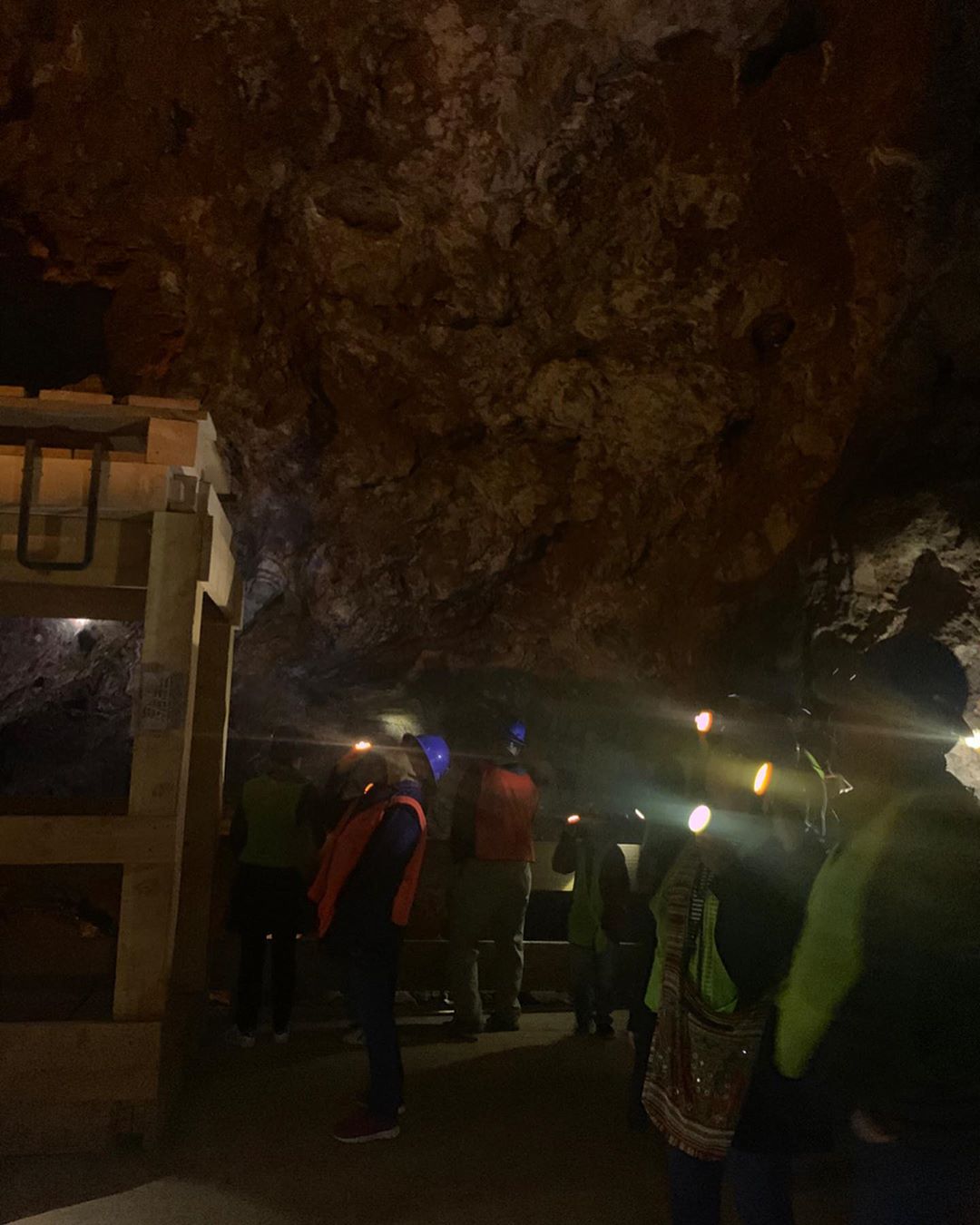 The miner-turned-tour guides will also share some stories about their experience underground. It’s their “personal touch,” and it will only help you appreciate the experience more. Be mentally prepared if you hate dark and enclosed spaces. We are telling you. The tunnels are really dark and narrow. There’s a chance you might feel anxiety during this tour, and you don’t want that, do you? That will ruin the fun. 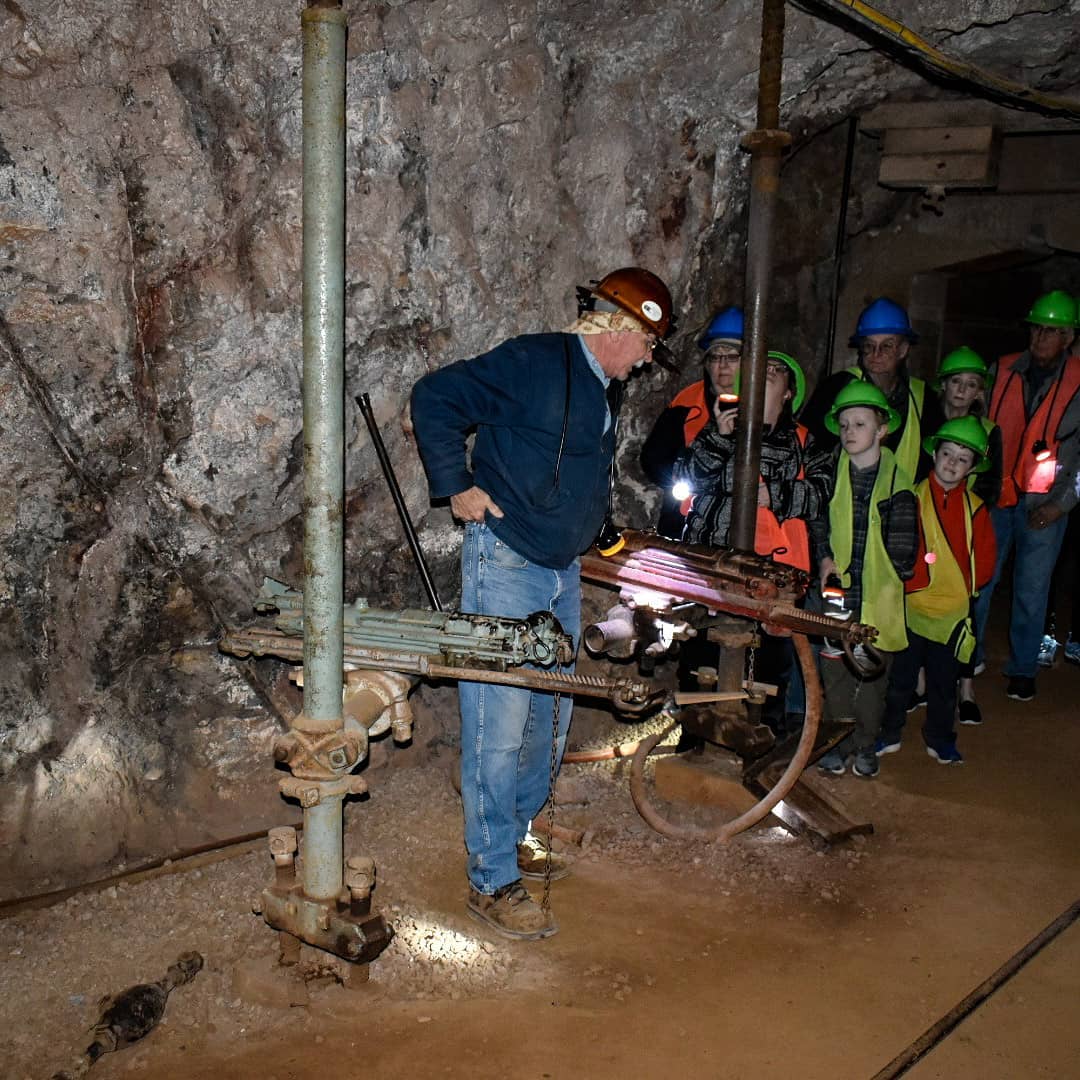 For only $14 for adults, and $6.50 for kids ages 6-12, you’ll learn about the history of the Copper Queen Mine, as well as the experiences and obstacles of the miners who worked here. You won’t even notice that an hour has already passed because you’ll be too engrossed with the shafts and the overall-nice ride on the cart. 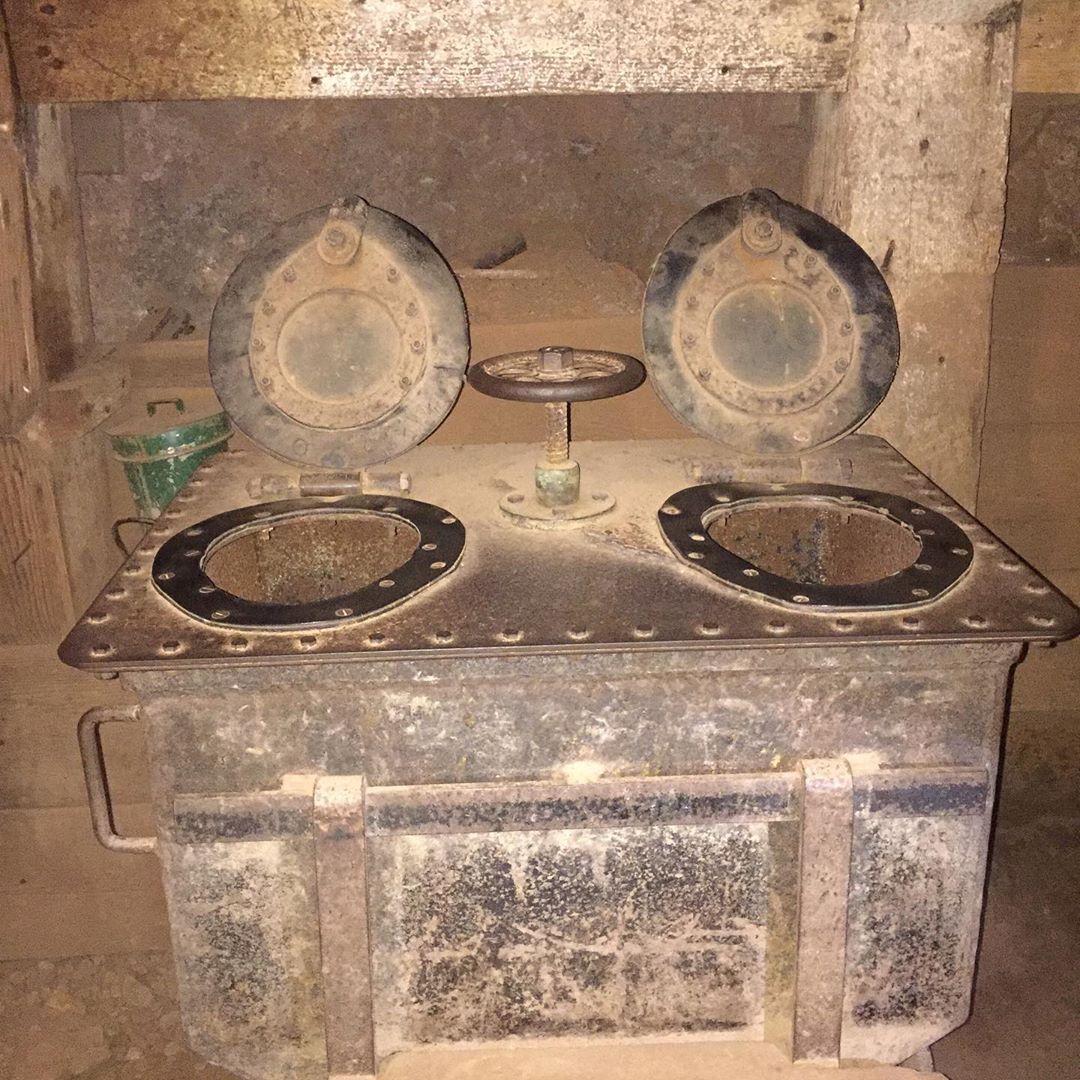 Of course, you’ll discover many things, such as the photo above.

Board the Copper Queen Mine Train Now! 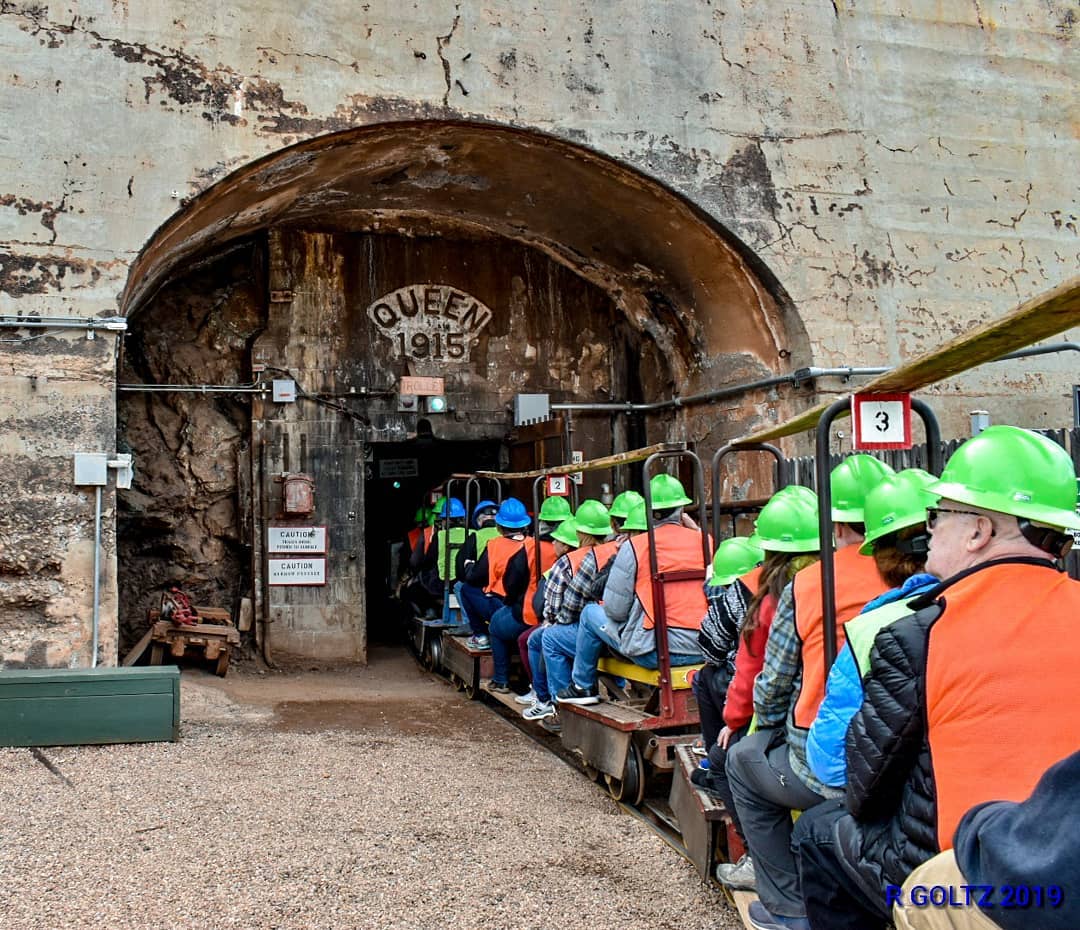 Once you get outfitted with the proper attire, you can descend into Copper Queen Mine for an unforgettable time. The tours are available 5 times a day, 7 days a week. Each tour lasts approximately an hour and 15 minutes and is offered at the following times: 9 am, 10:30 am, noon, 2 pm, and 3:30 pm. If you already secured a ticket for the tour, remember to arrive at least 30 minutes before tour time.

If you decide to go, you should take note that you are required to dress accordingly. With this said, don’t wear open-toed or high-heeled shoes. Otherwise, you won’t be allowed entry.

Guests can purchase tickets onsite, so you should arrive early if you want to secure a spot on the mine train. The underground temperatures are 47 degrees all year-round, and visitors say it can be a little chilly down there. If you easily get cold, it’s best if you bring a jacket just so you don’t shiver throughout the tour.

From Tucson
1. From Interstate 10 East, proceed to Exit 303, Highway 80 – Benson, Tombstone, Bisbee.
2. Highway 80 east is approximately 49 miles to Bisbee
3. You will reach the tunnel. After going through the tunnel, take the 2nd exit or Historic Old Bisbee exit. Exit right.
4. You’ll see the Queen Mine Tour driveway entrance about 50 feet straight ahead.

From Douglas
1. Take the Highway 80 West to the traffic circle.
2. Just stay to the right and continue on Highway 80 west, and keep your eyes peeled for the Historic Old Bisbee Exit.
3. Exit to the right, then take the first roadway to the left and simply circle under the highway.
4. You’ll find the Queen Mine Tour driveway entrance on the right.

Note: Parking is available at the tour.

The Copper Queen Mine Tour is definitely one of the top things to do when you’re in Bisbee. If you have spare time after the tour, you can also do drop by any of these pizza places that are worthy of your attention.