Chicago, Illinois is well known for its delicious Mexican inspired cuisine. The tasty taco joints on this list also offer some mouthwatering tacos that are insanely good! From the traditional taco shacks to the modern fusion flavors found in Wicker Park, the best tacos in Chicago are also some of the best in the whole country.

This creative Mexican restaurant offers diners a mouthwatering modern twist on classic tacos. Located in the popular Wicker Park neighborhood of Chicago, they are a high traffic hotspot for locals. Big Star is on endless ‘best of’ lists in Chicago for their tasty tacos that include braised pork belly, spicy lamb or spit-roasted pork shoulder. Many diners look forward to the seasonal musical performances that Big Star hosts.

Velvet Taco has a few locations across the United States. But they are still considered to offer some of the best tacos in Chicago. Their inventive menu includes familiar flavors like shrimp and grits, that are turned into creative tacos. Customer favorites include the rotisserie chicken taco, which includes white queso, corn, smoked poblano salsa, and the crisp pork belly taco that is inspired by a Chicago style hotdog.

Chicago is also home to a variety of regional foods from all over the globe. One popular restaurant offers classic Jamaican cuisine so good that they frequently have a line down the block. The Jerk Taco Man offers jerk chicken tacos as well as jerk steak tacos that are so unexpectedly delicious, they will win you over in one taste.

This unique fast-casual spot in the Fulton Market neighborhood of Chicago is possibly best known for its namesake cuisine. A Cemita is a Mexican inspired sandwich featuring fresh bread baked in house, shredded chicken (or other meats and veggies), topped with Oaxacan cheese. Diners might be surprised to know that Cemitas Puebla also offers some mouthwatering tacos. Options include a spitfire roasted pork and onion taco, a chorizo taco and a delectable cured steak taco.

This cash-only spot sells some serious tacos. Unlike the majority of the other restaurants on this list, L’ Patron features a menu inspired by authentic tacos, showcasing classic Mexican ingredients. Be warned, unlike the upscale eateries found on this list, L’ Patron is no-frills, featuring bright orange and green outer. This is also the perfect choice for a delicious taco with traditional beans and rice on the side.

Another well known, Wicker Park restaurant, Antique Taco makes flavorful tacos that keep guests coming back again and again. Their taco menu is great for vegetarians and meat-eaters alike, featuring veg options like the iron creek potato and poblano taco, as well as the sweet and spicy chicken taco. They also offer some indulgent side dishes and appetizers like sloppy joe empanadas, chili cheese curds, and creamy elote. It doesn’t get more Chicago style than that. 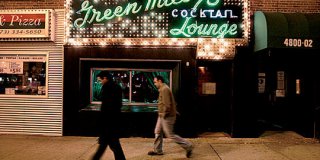 6 Historic Chicago Restaurants You Must Try 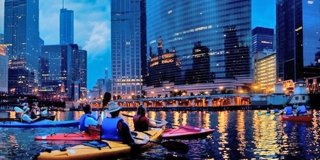 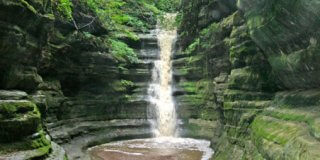 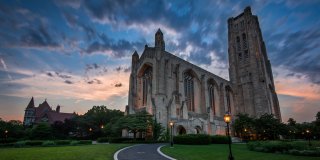 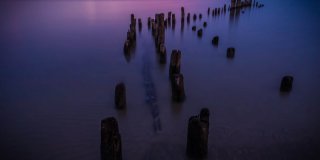 7 Photos of Illinois That You Won’t Believe Are Real 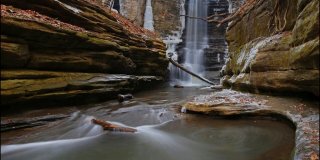 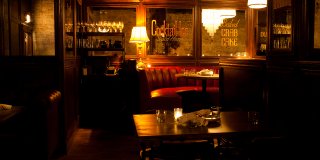 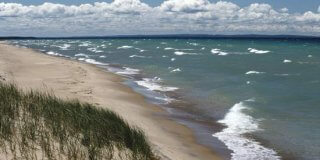 There’s Something Magical About These 7 Illinois Lakes 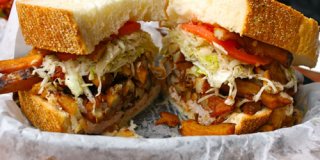 Here Are 4 Restaurants That Offer Food Challenges in Chicago