There is more to Tennessee than just music and breweries. Visit this Southern destination and discover why no state can beat the variety of things you can do.

Read on to find out the best things to do in Tennessee.

1. Have Fun at Dollywood 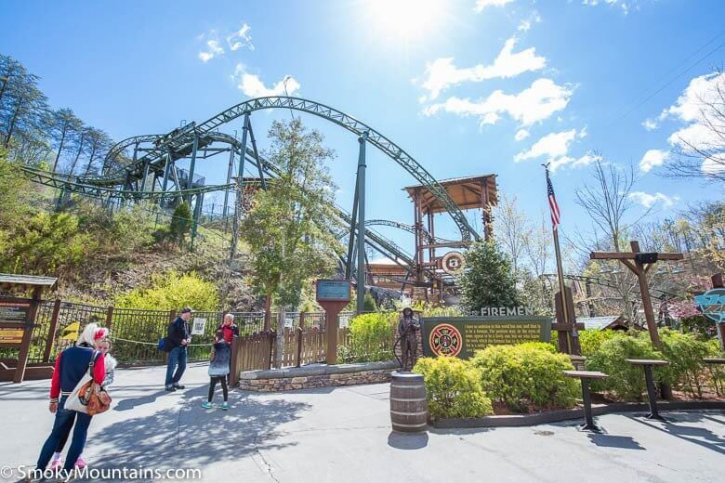 Try more than 40 world-class rides, be amazed as you watch award-winning shows, dine at the best restaurants, and unwind in a full-service salon and spa.

If you are looking for family fun, you only need to visit one place – Dollywood! You can also check out the different shops and look for the perfect crafts you’d want to give your family and friends as a souvenir.

There’s always a new reason to visit this place every season.

2. Take a Backstage Tour of the Grand Ole Opry 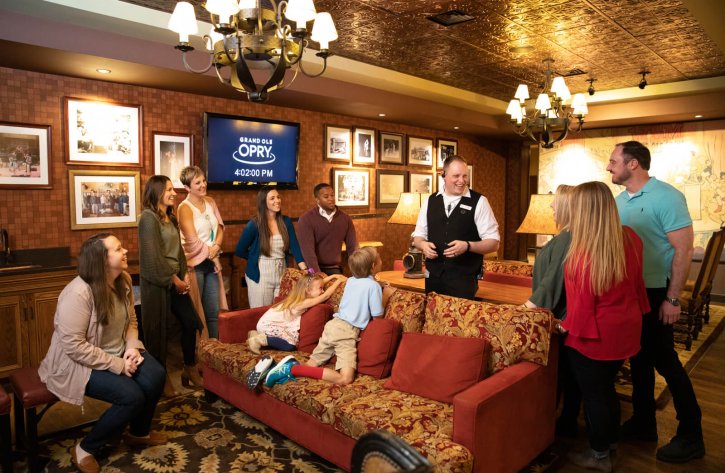 Get ready to take your official initiation into the all-American phenomenon we all know today as country music. The Grand Ole Opry is said to be the home of American music as well as the country’s most famous stage.

The place is dedicated to honoring the country’s rich music history and present and providing superb entertainment experiences for audiences of all ages. If you’re visiting music city, you shouldn’t leave without first getting a backstage tour of the Grand Ole Opry House.

3. Explore the Scenic Cavern Path of the Ruby Falls 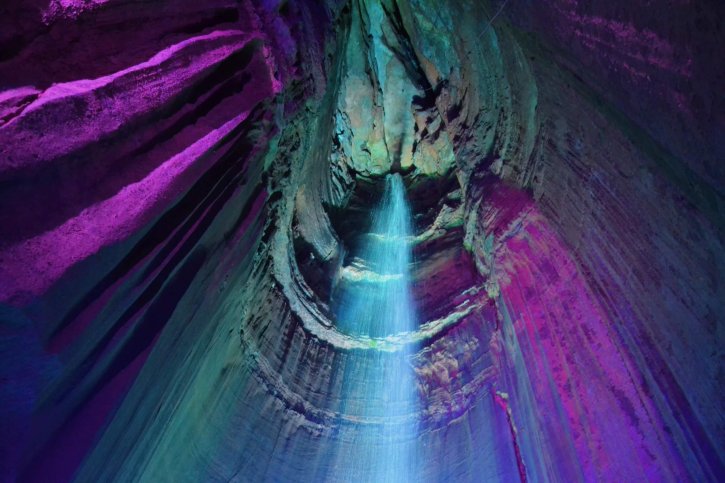 Why is exploring the world’s tallest and deepest underground waterfall one of the best things to do in Tennessee? Here are 3 good reasons:

Did you know that you can also celebrate Valentine’s Day at Ruby Falls? The place offers a special date night Lantern Tour for $69.95 per couple.

4. View the Wildlife at Cades Cove 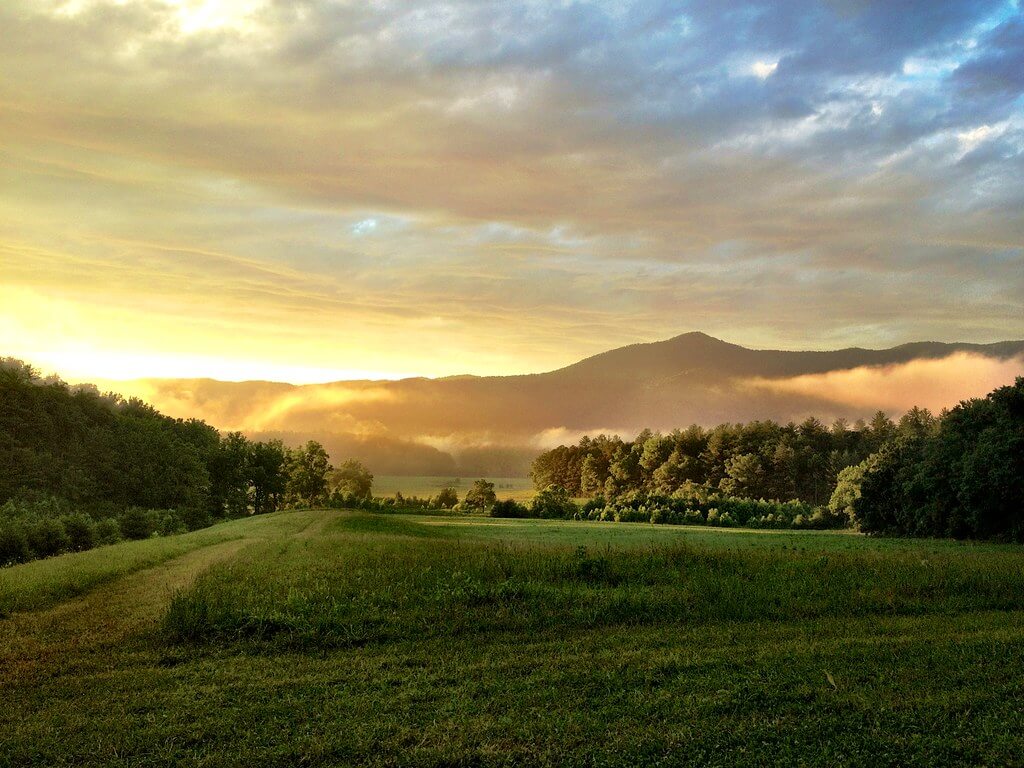 The Great Smoky Mountains National Park is filled with wildlife. This way, you’d get the chance to see a wide variety of animals from mountain bears, squirrels and raccoons to birds, bobcats, coyotes, and so much more. 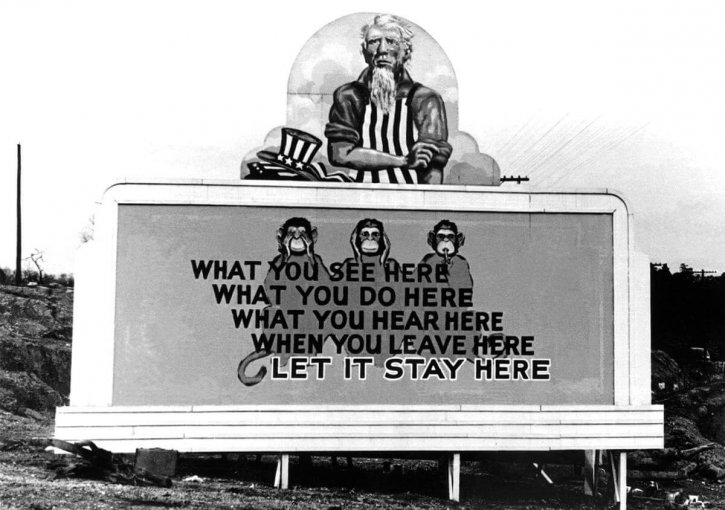 The federal government led by Col. Leslie Groves oversaw the Manhattan Project in 1942 wherein they used a secret city to build an atomic bomb. They took over 60,000 acres of land in the ridges of East Tennessee and had the people work to help them with their war efforts.

The people there unknowingly helped build the world’s first atomic bomb. There were signs of “Don’t Talk” everywhere to remind the residents and newcomers not to share information – but it’s not like they knew what they were doing. It wasn’t until the atomic bombings of Hiroshima and Nagasaki in 1945 that employees realized they had been building the most powerful and deadly weapon.

6. Eat the Iconic Foods Tennessee Has to Offer 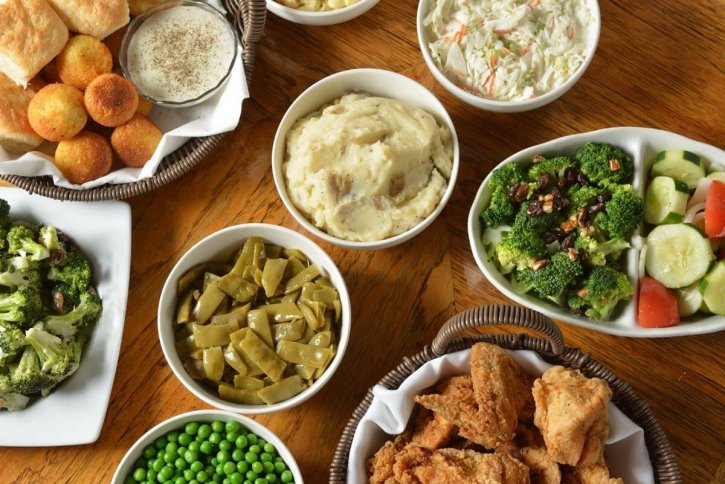 What foods should you sample when visiting Tennessee? Catfish? Fries? Don’t worry. Lucky for you, we’ve already compiled the iconic foods you need to try right now. Check out: 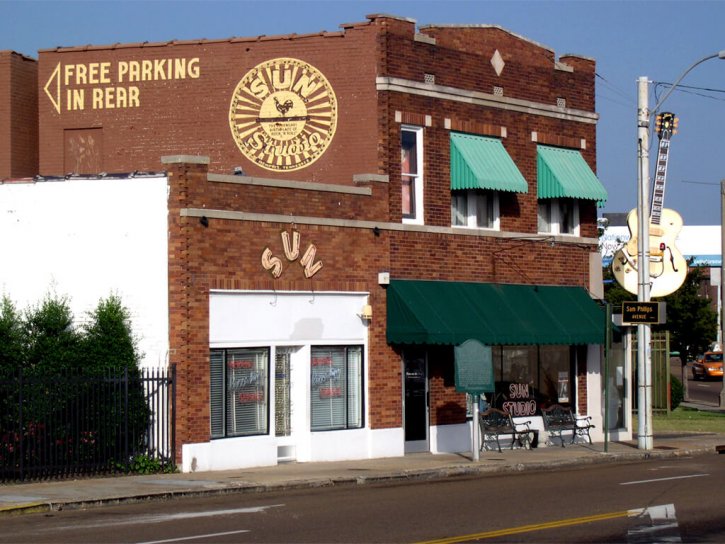 The birthplace of rock ‘n roll, and original home to Elvis Presley is none other than the legendary recording studio, Sun Studio. This is where Presley recorded his breakout song “That’s All Right,” which is an up-tempo blues song.

8. Learn About the History of Spices at the Salt & Pepper Shaker Museum 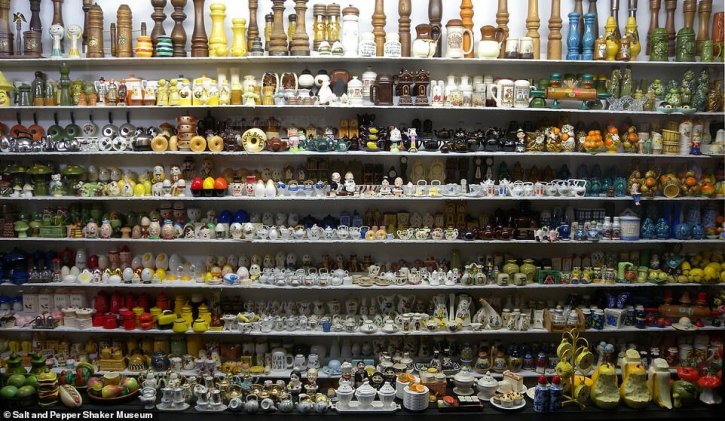 This interesting museum consisting of more than 20,000 Salt and Pepper Shakers from all over the world began as a labor of love.

Now, it has become the only museum of its kind (well, it has a sister museum in Spain). After visiting, you’re never going to see the regular table dispensers the same way ever again. 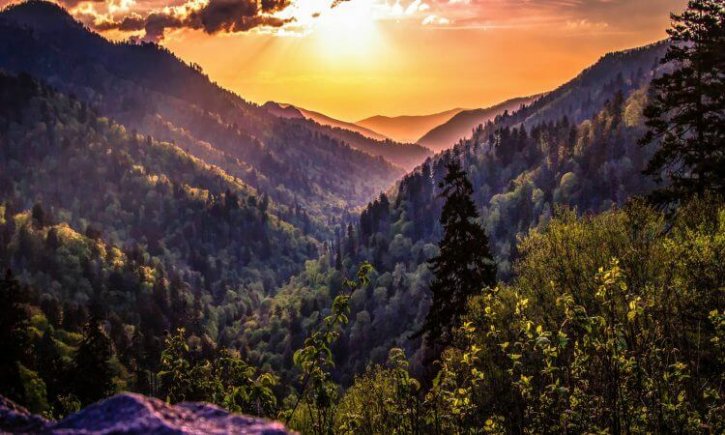 You can also visit other famous attractions such as the Roaring Fork, Elkmont, and the Mountain Farm Museum. Finally, you need to spend time to see the Clingmans Dome. It is the highest point in Tennessee and the Smokies and will give you a breathtaking view of other states: Kentucky, Tennessee, Virginia, North and South Carolina, Alabama, and Georgie.

10. Enjoy the View From the Sunsphere Observation Deck 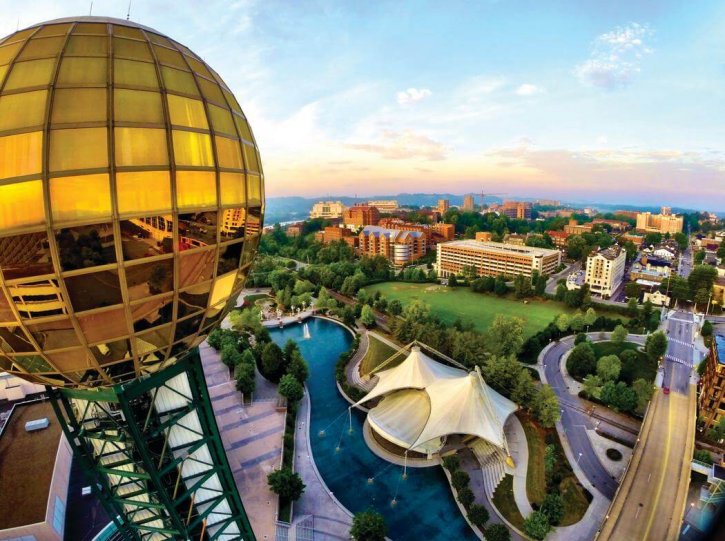 The Sunsphere in Knoxville, Tennessee, is a 266-ft-high structure that served as the symbol of the 1982 World’s Fair or the Knoxville International Energy Exposition.

It houses the Observation Deck on the 4th floor which will give you a 360-degree view of the World’s Fair Park, Knoxville, Tennessee River, and the Smoky Mountains.

What you should know: 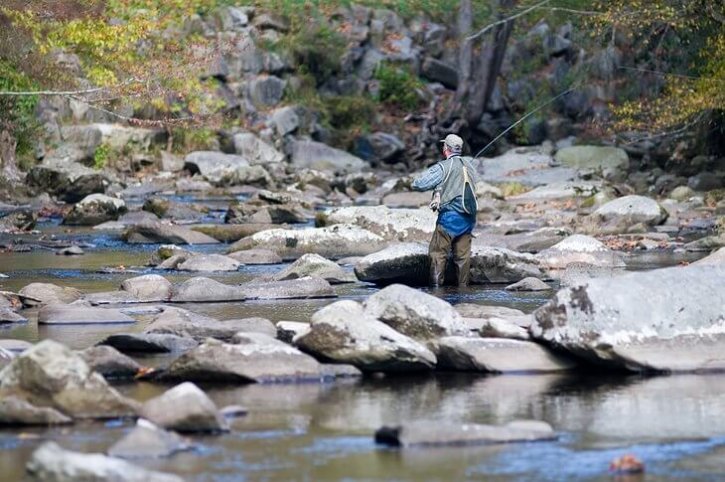 Townsend may be a small resort town and a mere entrance to the Great Smoky Mountains National Park. But there’s more to the place than you might expect. It is a fly fishing paradise!

In addition to that, the Great Smoky Mountains National Park is abundant in trout and smallmouth bass. Catch more fish with your family by spending a day here. 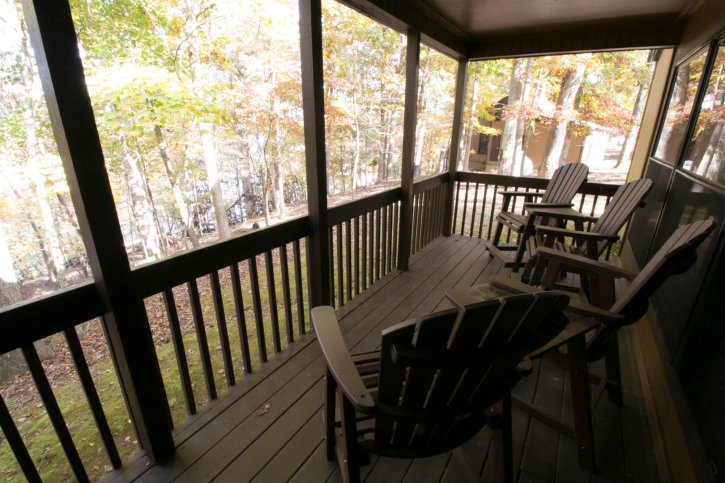 Enjoy the largest and most visited state park by spending a night or two in a beautiful cabin that lets you cook, sunbathe, and fish from your private porches situated out over the lake. 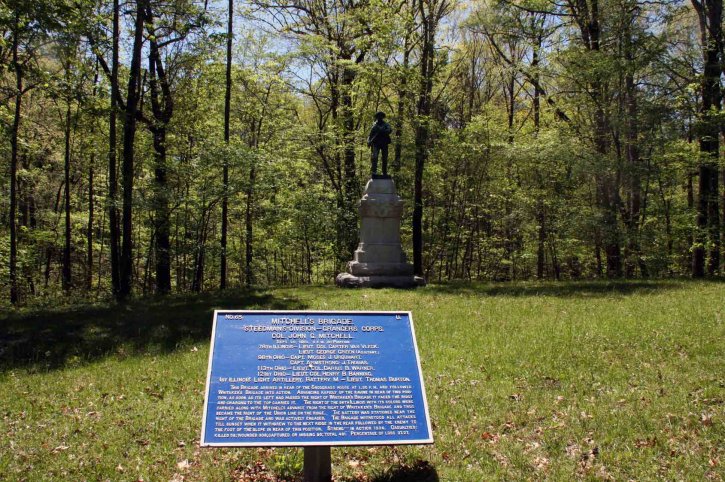 Civil enthusiasts would immediately agree on the fact that checking out the battlefields is one of the best things to do in Tennessee. The place allows you to follow the footsteps of Civil War soldiers.

Would you like to do the activities listed here?

7 of the Most Beautiful Places to See in Tennessee