What’s in Arizona? If you’re one of the majority, you’d probably say cowboys, deserts, and the Wild West. Yes, you are right, but look at what we have here! There is also a small town full of history located in Cochise County, which you may have heard of: Tombstone, Arizona.

Here’s the interesting history of “The Town Too Tough To Die” of Tombstone, Arizona. Curious about the history of this small town?

Ed Schieffelin, a scout for the U.S. Army, discovered Tombstone in his pursuit for valuable ore. He had a friend who told him that the only rock he will find in the place is his tombstone. Apparently, the Indians in the place killed those who came looking for ores, and there are little to no survivors left. The name of the place soon found inspiration in the tombstone story.

The dream of a better life fueled Schieffelin’s goal. And so, he asked for help from a business partner to file a claim as soon as he hit jackpot and found the source for the valuable material. Together, they formed the “Tombstone Mining and Milling Company.” As time progressed, Tombstone became a home for many residents.

The mining camp was so successful that it became a “boomtown” as it grew significantly into the 1880s. The local mines produced up to $40 to $85 million in silver bullion!

The Town Too Tough To Die

The outlaws in the past best describe the name Tombstone. As more people resided in Tombstone, conflicts with natural resources and land started to arise. Most of the problems during the 1880s were about theft, smuggling, alcohol and other vices. But who’s behind it? Well, the “cowboys” are responsible for the different organized crimes.  Don’t be confused. These bad cowboys are not meant to be confused with present-day cowboys. The real cowmen in the past considered the term insulting. According to them, they are “herders” or “ranchers” and not the cowboy who were associated with the outlaws, such as Clanton Gand and McLaury Brothers.

One of the notable events in Tombstone that earned its reputation as the “Town Too Tough to Die” is the Gunfight at the O.K. Corral.

A guy named Wyatt Earp worked as a security guard in the town. He had brothers, Morgan and Vigil, who were the town marshals in Tombstone. Think about it. They represented “law and order,” but they were also famous for being ruthless and power-hungry. Isn’t it ironic?

Furthermore, there’s also another group of cowboys who lived on the ranch outside of town. These were the Clantons and McLaurys. There was often a struggle between the two groups.

On the morning of October 25, 1881, Ike Clanton and Tom McLaury went to gather supplies in Tombstone. But unfortunately, the two had violent run-ins with Earps as well as their friend, Doc Holliday. The next day, Billy (Ike’s brother) came to join them along with Frank McLaury and Billy Claiborne. When they arrived at the saloon, they found Doc Holliday. Holliday informed the group that their brothers have been pistol-whipped, and triggered Frank and Billy. Little did he know, the two already vowed revenge.

At around 1:30 pm, the Earp brothers and Doc Holliday spotted members of the gang in a vacant lot just behind OK Corral. There, the legendary shootout that ensured was etched in history forever. The survivors were Virgil and Morgan Earp, Doc Holliday, Ike Clanton, and Claiborne.

What Can You See in Tombstone, Arizona Today?

Tombstone, Arizona clearly faced a lot of lawlessness in the past. If you want to see the authentic and historic “Wild West,” you may check out these landmarks:

Tombstone, Arizona is a fascinating historic place. Hopefully, you learned something new today and will visit Tombstone in the near future. 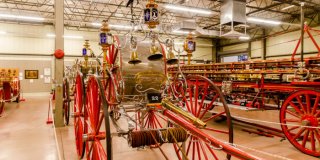 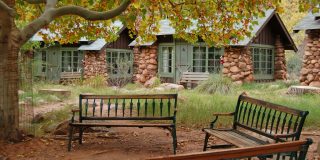 5 Reasons Why You Need To Stay in the Phantom Ranch 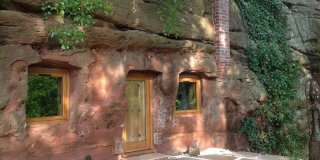 There’s No Other House Like This Cave House in Bisbee, Arizona 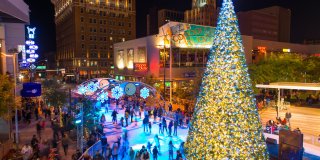 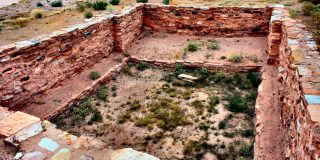 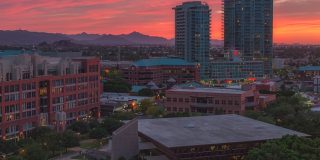 Tempe is Arizona’s Best City for Things to Do, Here’s Why 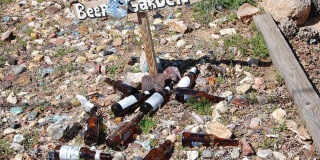 8 Facts About the Quirky Town of Chloride, AZ 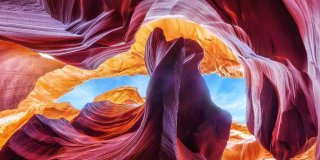 10 Jaw Dropping Arizona Pictures To Get You Through Your Week 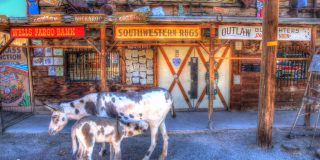 5 Reasons You Need to Visit the Small Town of Oatman, AZ