Appreciation for the old days has always been a welcoming experience, more so, for an actual archaeological monument. If you go just due north of Santa Fe, New Mexico, you will see a domain of rugged and rocky wilderness that is preserved to pay respect to the territory of the Ancestral Puebloans. These ancient residents once called this place their home. The Bandelier National Monument encompasses a massive 50 square miles of land area on the Pajarito Plateau. See why many people are amazed by this destination. 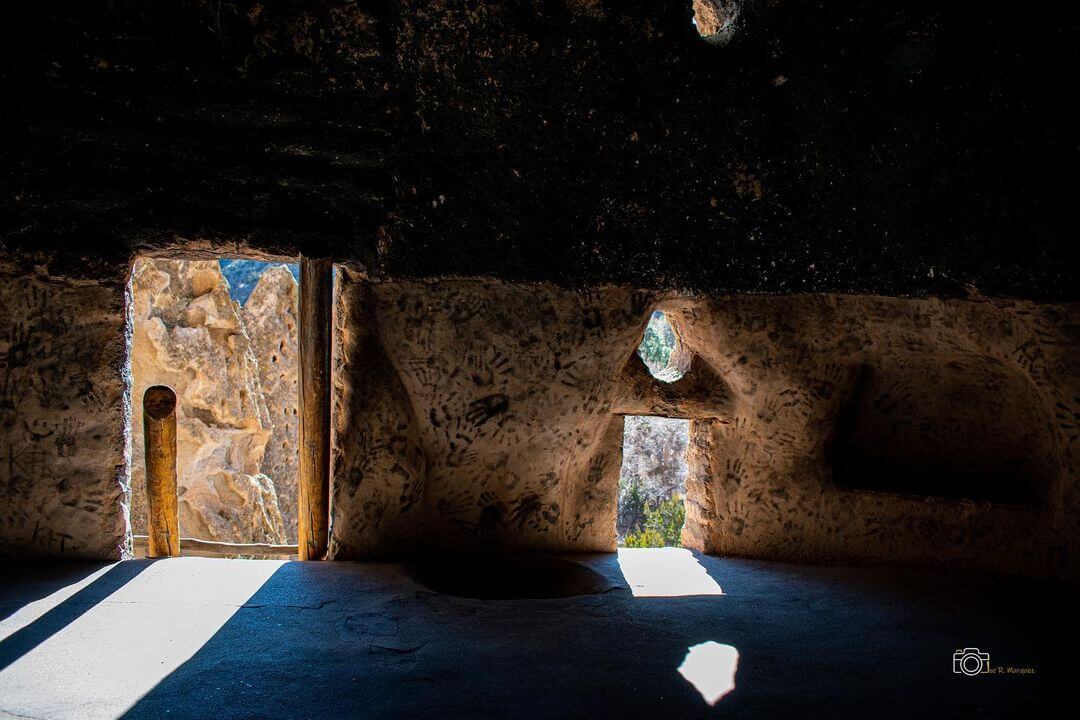 It’s as honest as introductions get when it comes to Bandelier National Monument. The once domain of the Ancestral Puebloans now unveils itself before the world, showing the cultures the people had built. Can you imagine that this unique archaic memorabilia of rugged but beautiful canyons is evidence of human presence 11,000 years back? That’s crazy! 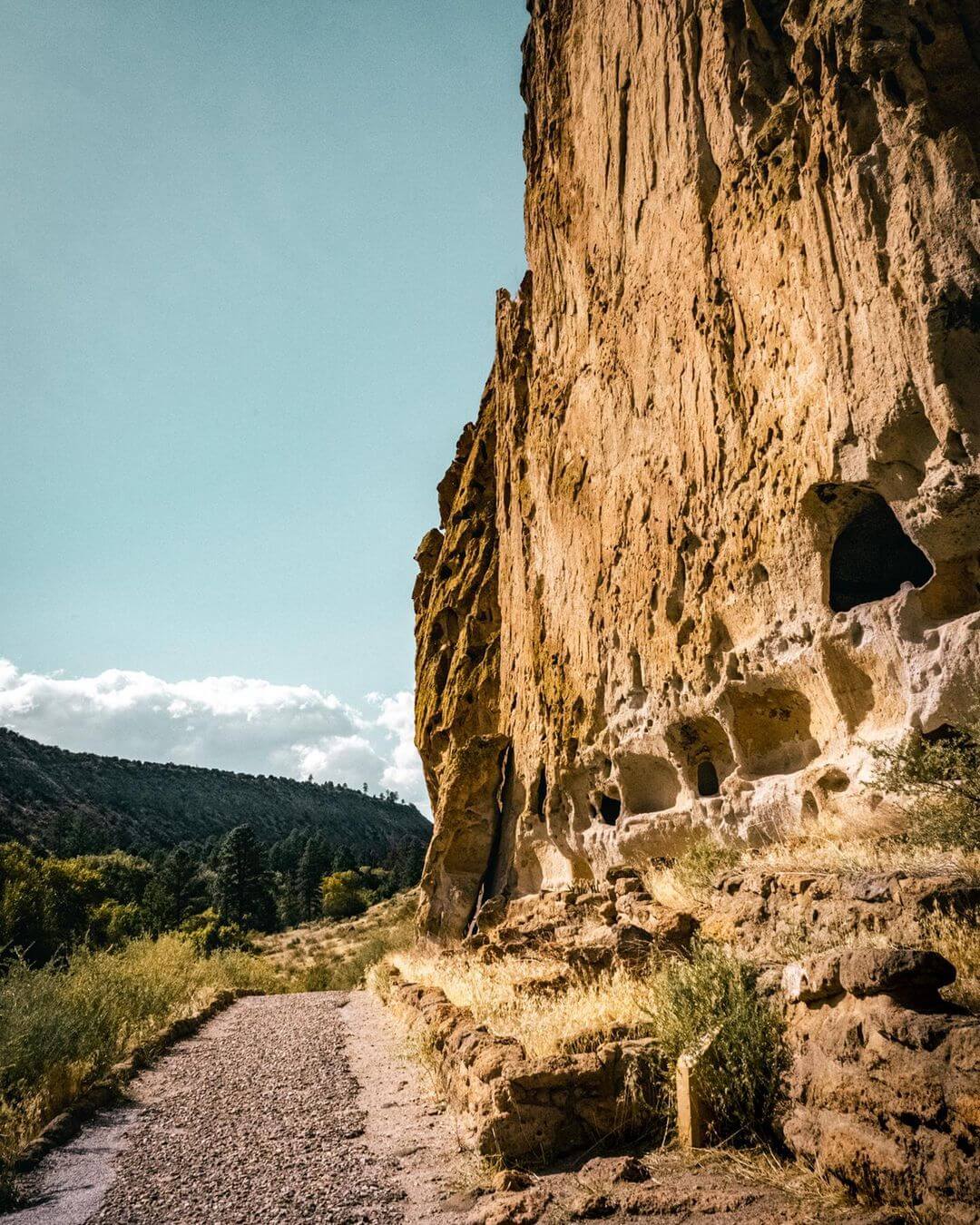 Through carvings on the soft stone cliffs and petroglyphs, stories from the old carry forth. The Ancestral Pueblo people lived in the area circa 1150 to 1550 CE. As with most civilizations and cultures, these people utilized what was available to them. They had no means of using modern construction materials, so they carved their homes from the volcanic tuff. It’s amazing how they thought of innovative techniques to survive in the arid climate for about 400 years.

They also planted crops in the mesa fields. “Three sisters” or corn, beans, and squash were once abound. The Ancestral Pueblo people did that until the land was nutritious no more. They also hunted and foraged, ‘til there was no more to hunt.

Like most primitive cultures, they relocated once the area had been exhausted of its resources. Bandelier National Monument is a product of the early civilization’s way of living. Now, it serves as a remembrance of how humans survived and lived in the era of primitivity. There is just something so amazing and spectacular about learning about their ways. Don’t you agree?

More Than Just History, But an Abundance of Wildlife and Adventure 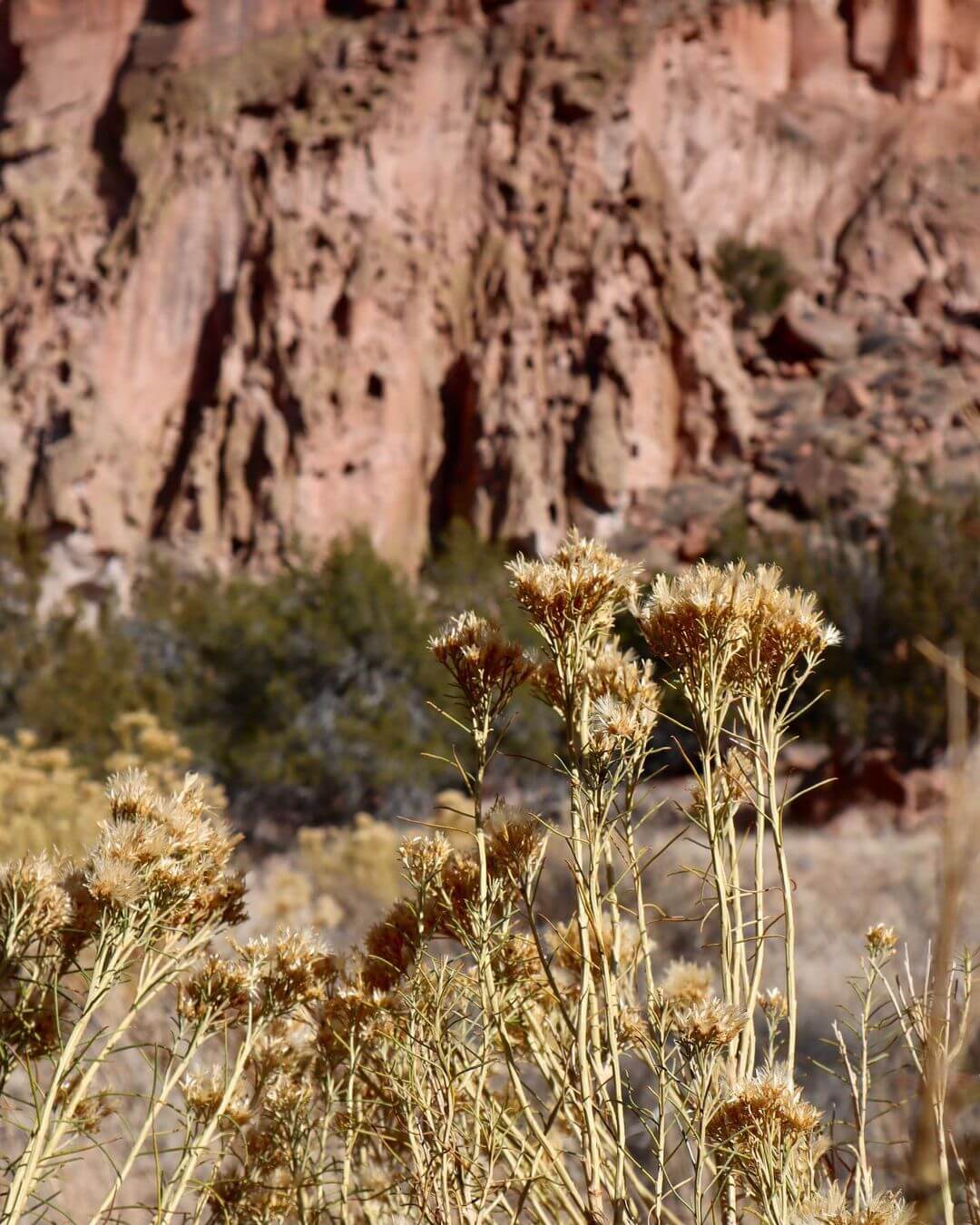 There are over 70 miles of trail charting across canyons and tracing the outlines of the mesa edges. The trails go from steep switchbacks to long drop-offs – something the biggest outdoor enthusiasts will appreciation.

Not to mention, the weather and the seasons have a heavy influence on these trails. Try taking a trip here during the winter, and you will be transported to a winter paradise! Add that to the fact that the wildlife in the area is so diverse.

Just remember to avoid any mountain lions, black bears, or bobcats. There have been sightings in the area as they are residents in the park. It’s commonplace. Don’t forget about the rattlesnakes hiding under the rocks, too. While they generally tend to avoid humans, it’s best to be prepared for a possible encounter. The visitor center will educate you regarding these possibilities, so you better listen to them carefully! Backpacking and camping are also allowed on the park, although its best to communicate with the visitor center first. 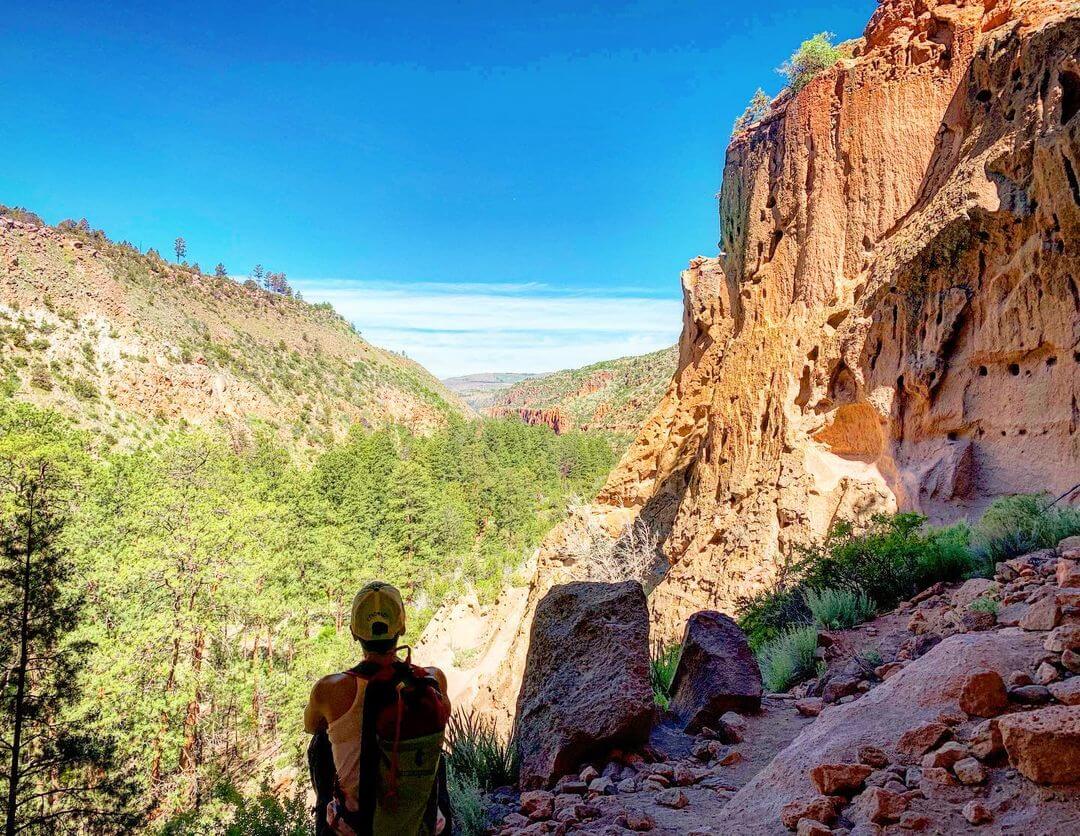 You can’t leave Bandelier National Monument without hitting the Alcove House Trail. This is a fun and easy hike that will delight even your little kids. You will first need to conquer the first portion of the hike in the Main Loop trail. Most tourists come here to see the incredible cliff dwellings of the ancient people. While some people are already contented with just the Main Loop, you can always add the Alcove House Trail to your itinerary. It is up to you if you want to turn back toward the visitor center or continue another half mile each way for a 1-mile round trip hike. We suggest you do the latter.

Why don’t you climb up the ladder to get a peek of an ancient home? Seeing firsthand how the Ancestral Puebloans lived is just so humbling, and will put living in today’s world in perspective. 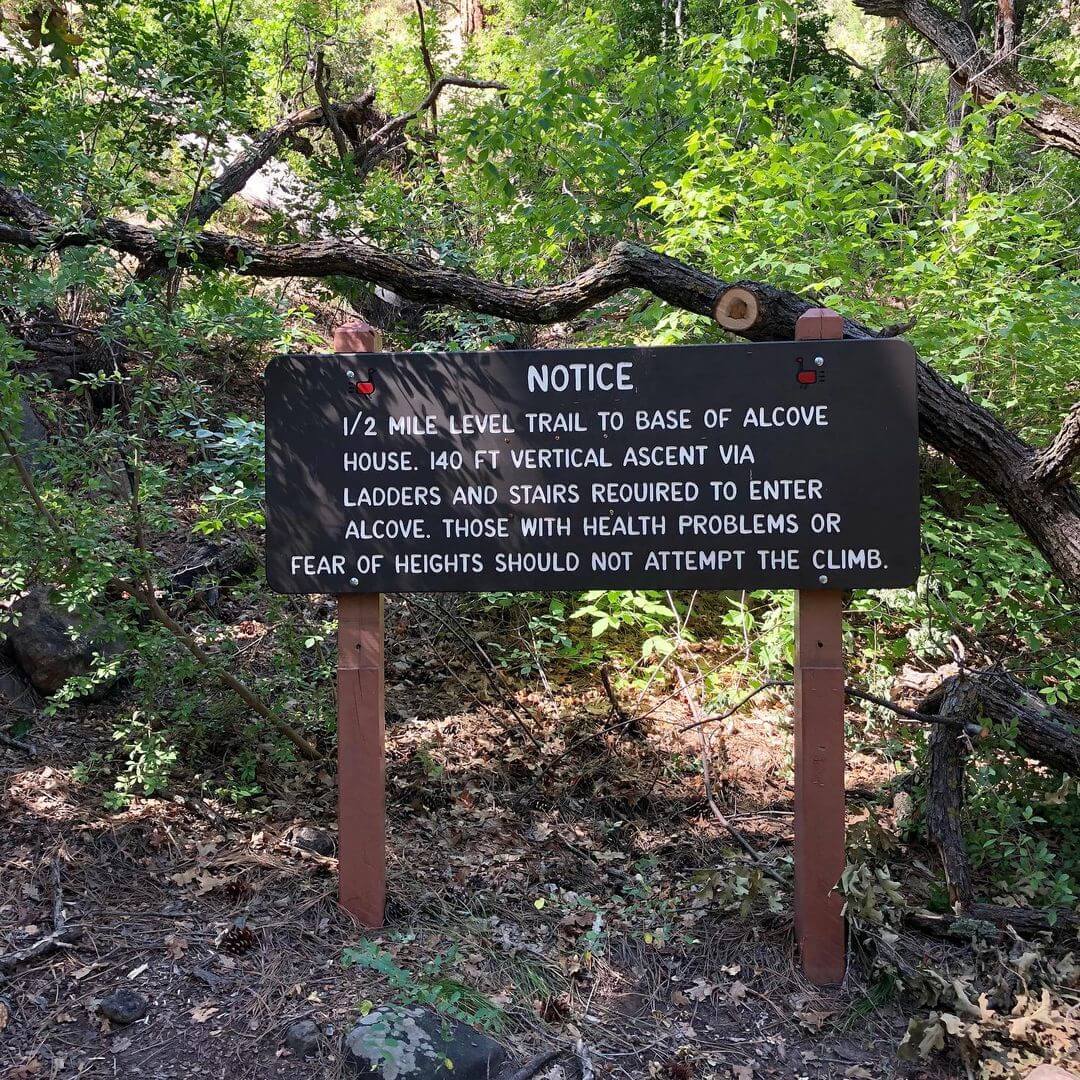 Compared to the Main Loop trail, this one isn’t paved nor is it wheelchair-accessible. However, it will take you through stunning wooded areas with the cliffs on your sides. The end of the trail also leads you to the famous Alcove House. 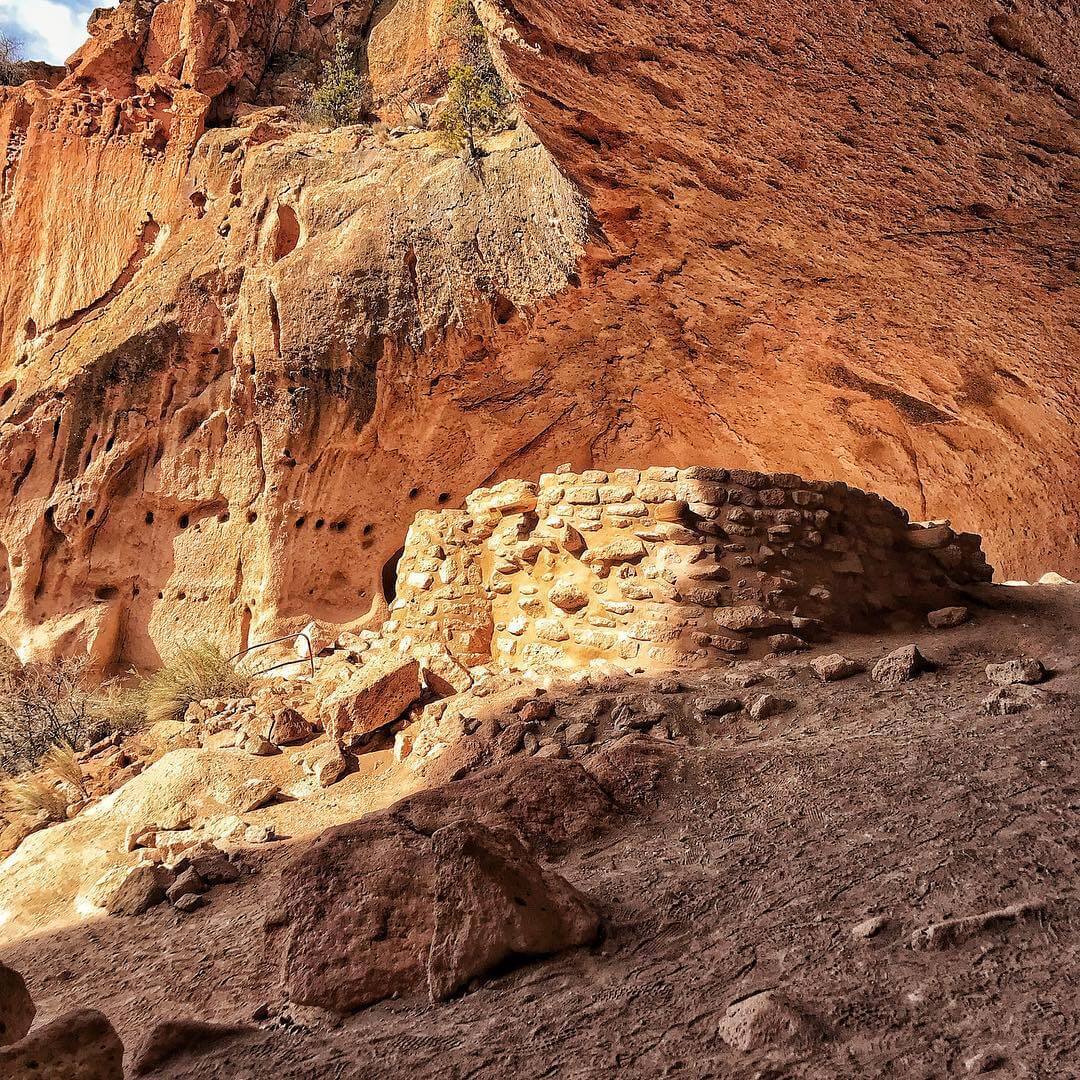 This was formerly known as Ceremonial Cave and is located 140 feet above the floor of Frijoles Canyon. The house was once home to approximately 25 Ancestral Pueblo people. Today, the elevated site can be accessed by climbing 4 wooden ladders and a number of stone stairs.

You will see a reconstructed kiva and the viga holes and niches of former homes. Some say that the large area was probably used as a lookout point for the Pueblo people – which back then probably had a peak population of around 700 individuals.

Note: Please obey all signs and stay within the roped-off area in the Alcove House to preserve this structure for future generations. Some structures have received damage, and it is our duty as visitors to respect and preserve it.

A Place of Historical Appreciation and Wildlife Wonder: 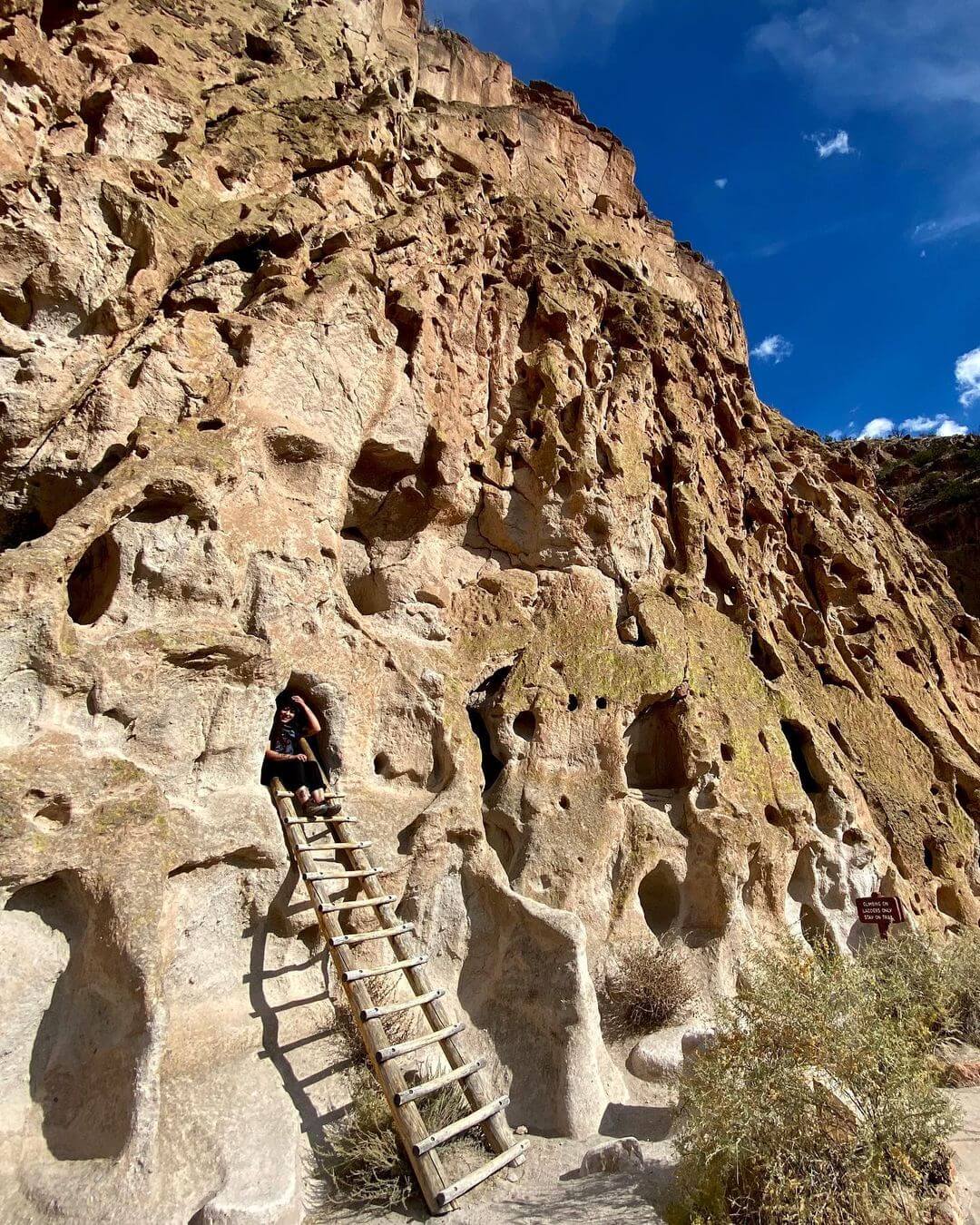 It pays to visit Bandelier National Monument. Just find an angle, take the shot, and capture the beauty of this natural wonder. 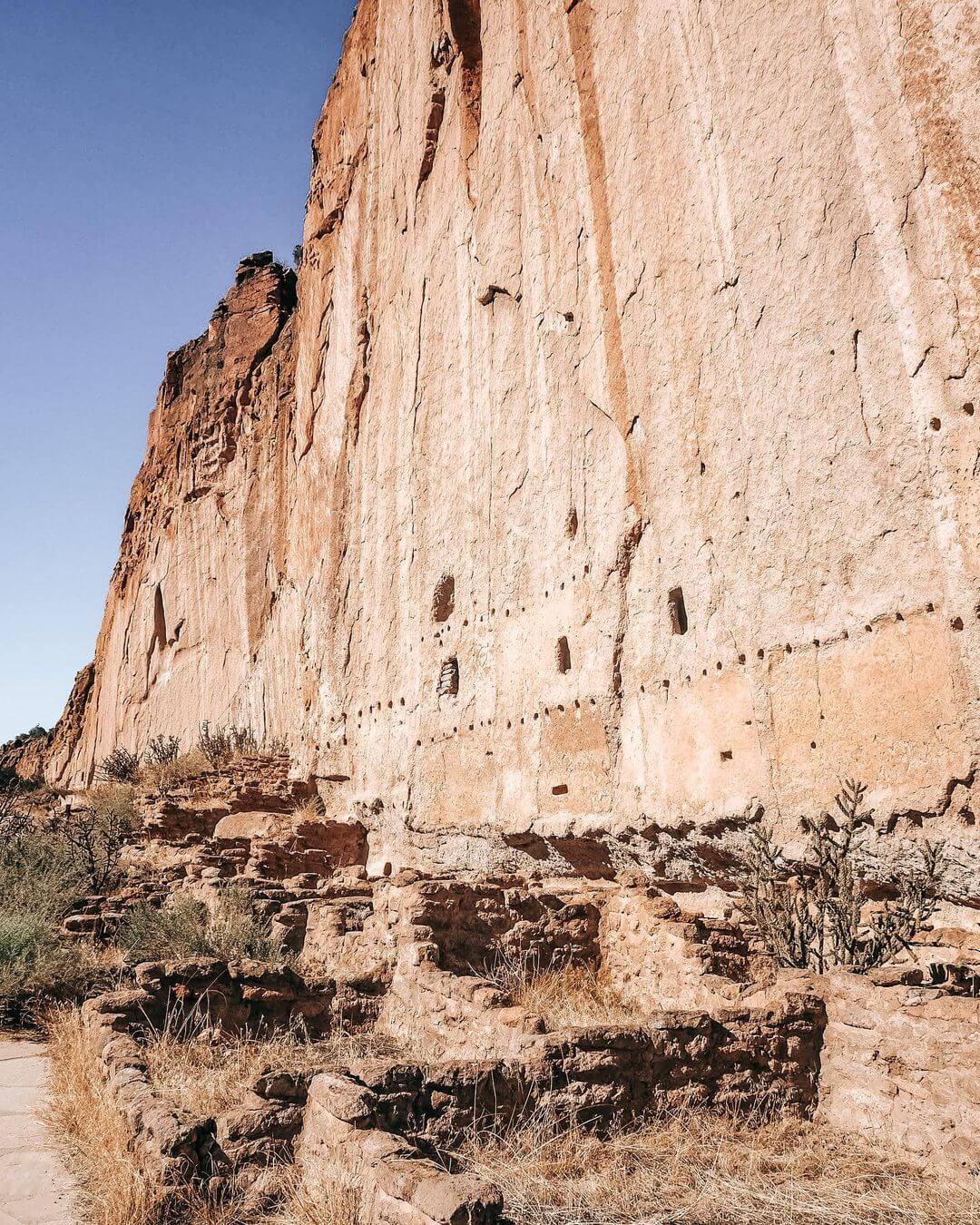 To walk the same land as the people of early civilizations is an experience like none other. Hit the trails and enjoy the wilderness and wildlife afforded to you by the park. Cities of close proximity like Santa Fe and its neighboring cities like Los Alamos are also home to exquisite and excellent food choices. After your little adventure, you can be on your way to any of these beautiful destinations.

Contact the Bandelier National Monument and Pay a Visit 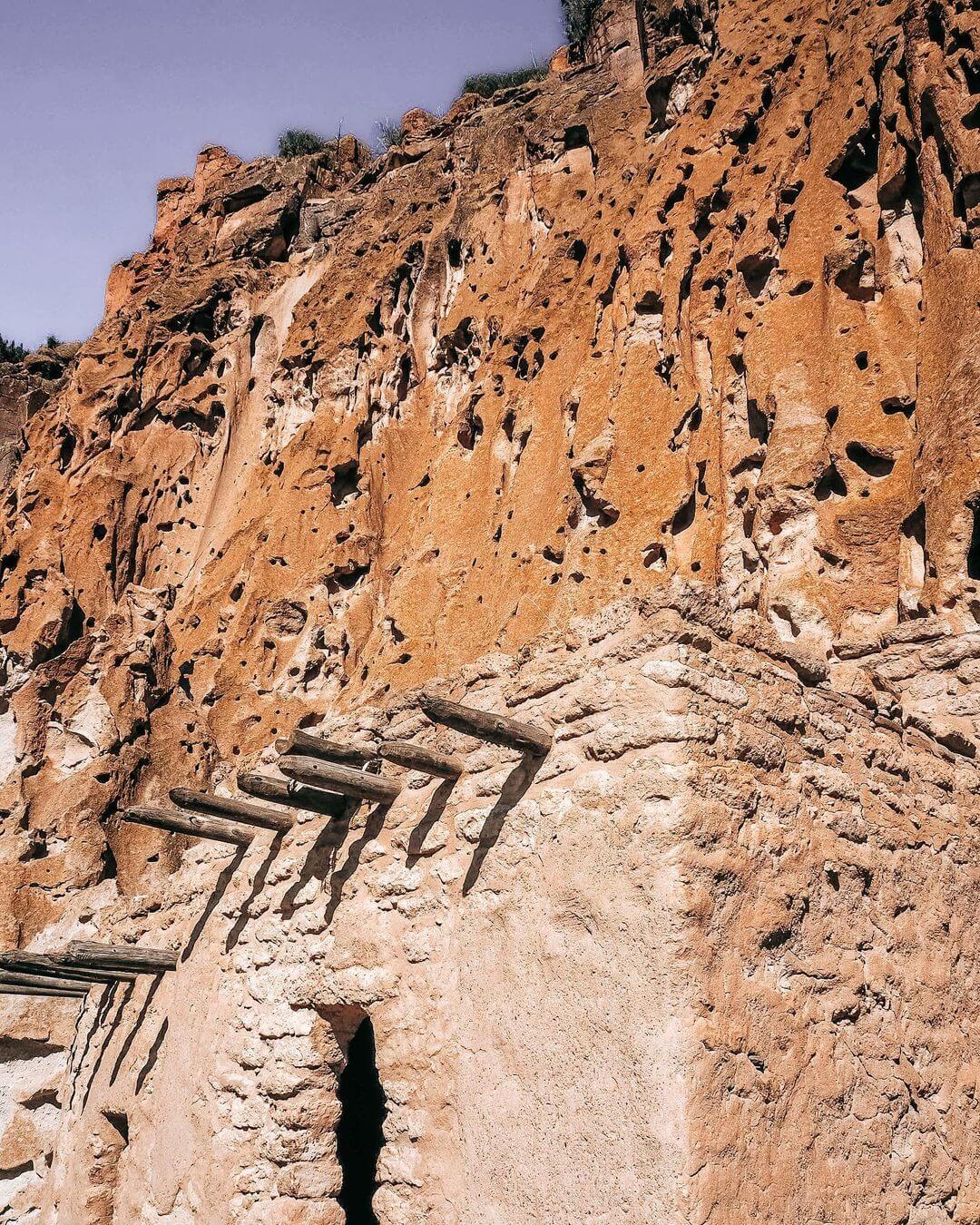 Bandelier National Monument charges a fee for visitors. The rates are $25 per vehicle or $20 per motorcycle. Individuals entering on foot or bike also has to pay $12 per person. Lastly, you may purchase a park-specific annual pass for $45. If you prefer to come here from time to time or see many beautiful archaeological wonders, that might be perfect for you!

Have you been to the Bandelier National Monument?  Tell us all about your experience!

Before you go, check out 7 Beautiful Hikes in New Mexico That Solidify Its Nickname as the Land of Enchantment and This Epic Hike in New Mexico Takes You up Santa Fe Baldy and Lets You See Stunning Lake and Forest Views.